Accessibility links
The Russia Investigations: Comey At Imbroglio's Center, But Does He Bring Clarity? James Comey's memos are released — in redacted, unclassified form — at the end of a week of Comey-mania. And Michael Cohen drops a civil suit about the Trump-Russia dossier.

The Russia Investigations: Comey At Imbroglio's Center, But Does He Bring Clarity?

The Russia Investigations: Comey At Imbroglio's Center, But Does He Bring Clarity? 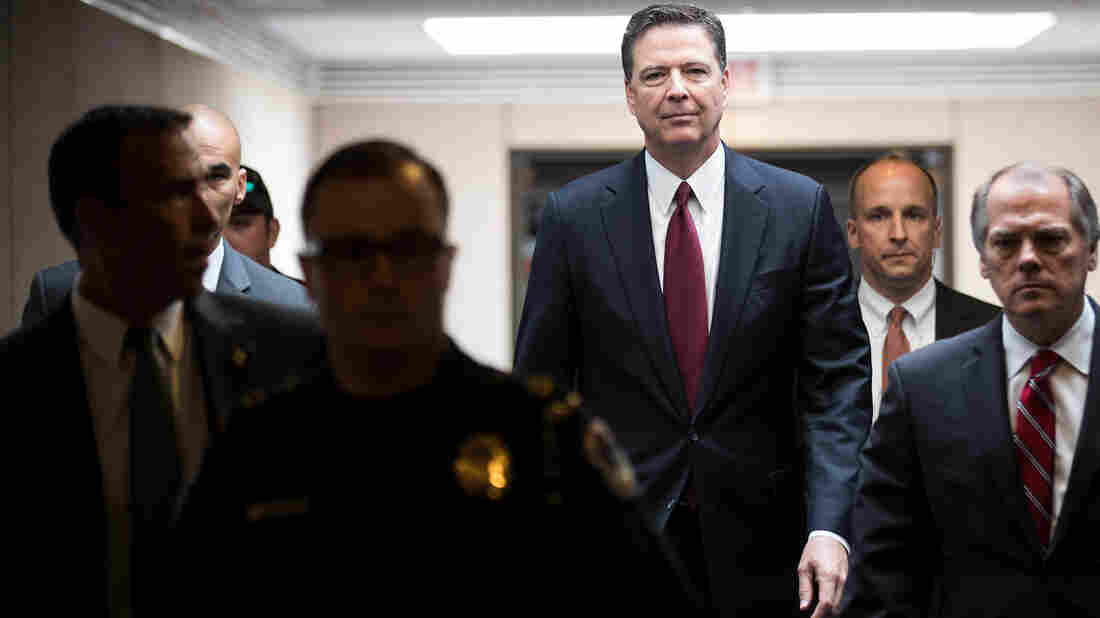 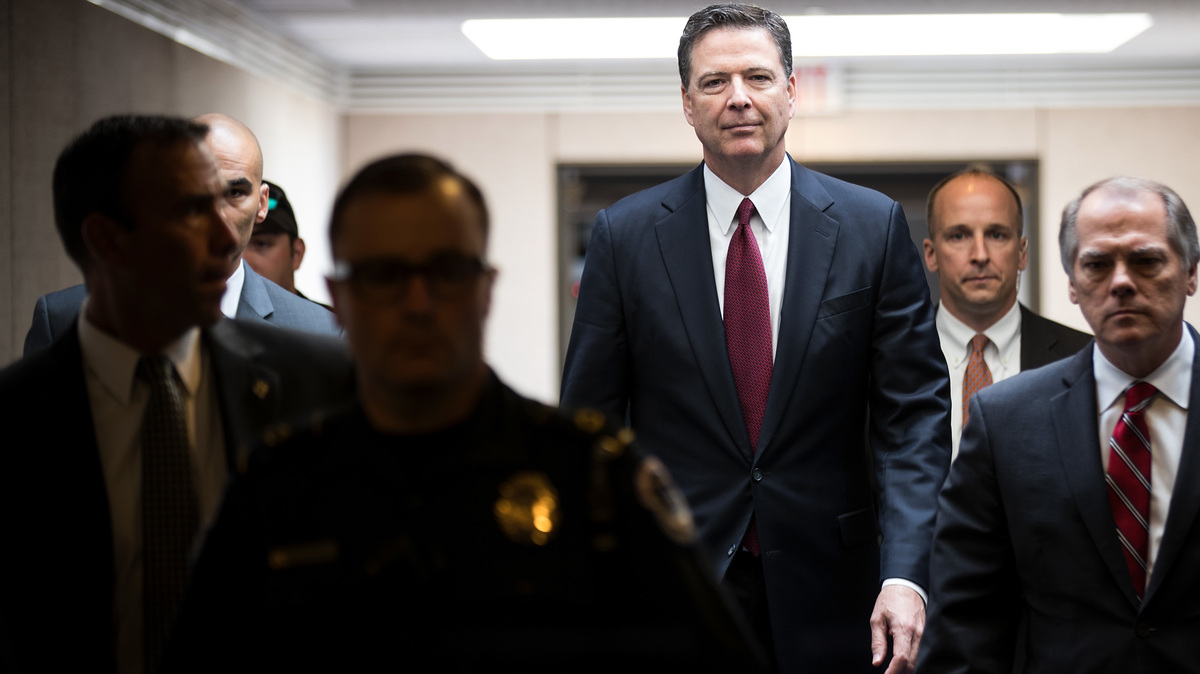 This week in the Russia investigations: Did we learn anything from James Comey? Michael Cohen opts for discretion in the face of some new legal challenges.

President Trump, then-chief of staff Reince Priebus and then-FBI Director James Comey were sitting together in the Oval Office. Trump, in Comey's telling, was monologuing, as the former FBI director says he often did.

Trump, as Comey described, was preoccupied in their discussions about the salacious allegations about him in the infamous Russia dossier. NPR has not detailed those allegations because the dossier remains partly unverified and the specifics about which aspects the FBI has corroborated are secret.

Trump kept broaching the story with Comey to deny it, as Comey wrote:

This moment is the Russia imbroglio in a nutshell: a simultaneously outrageous and baffling puzzle piece without important context, which is itself an incomplete bit of information.

So was Putin cracking jokes with Trump about the appearance of the Christopher Steele dossier earlier in January? Do Trump and Putin have a relationship in which the Russian president feels comfortable making jokes about a subject with which Trump himself — per Comey — was so uncomfortable and so concerned?

The public depends on Comey's accounts, Comey's perspectives and the basic facts that Comey offers for so much of its understanding of the Russia imbroglio. Trump and his supporters deny them, although they seldom offer their own versions of events.

At one time, Trump warned Comey that he had better hope there were no tapes of their conversation. Then, part of the White House's strategy moved on to depending on the fact that there aren't any.

This imbroglio is often maddening because, as in cases like this, the public is at the end of a game of "telephone" and receiving a message that may have been garbled from the moment it originated. 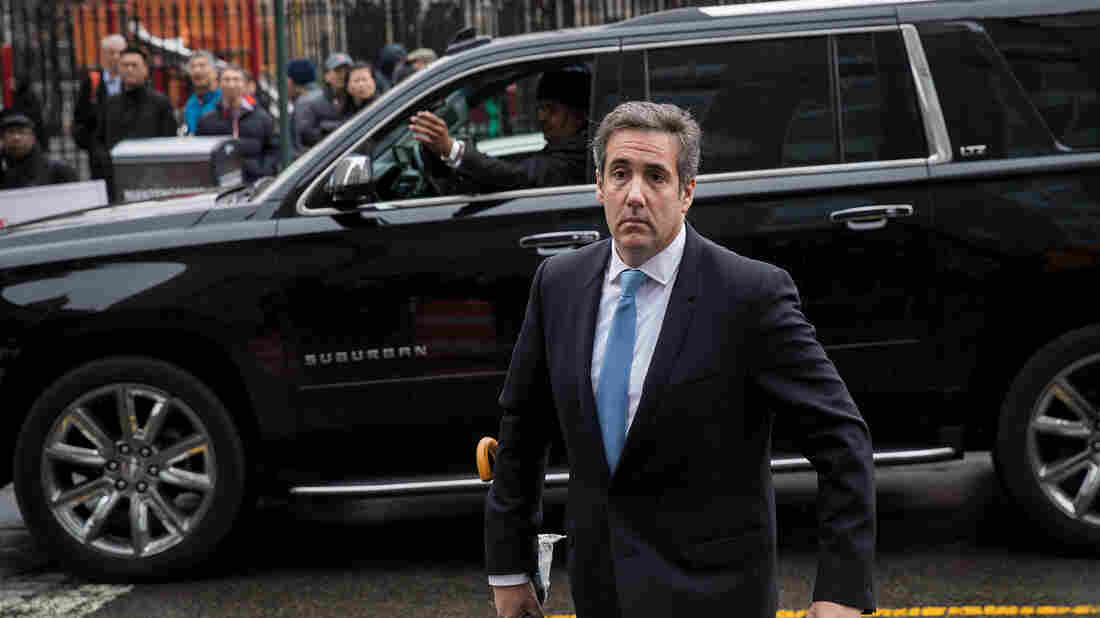 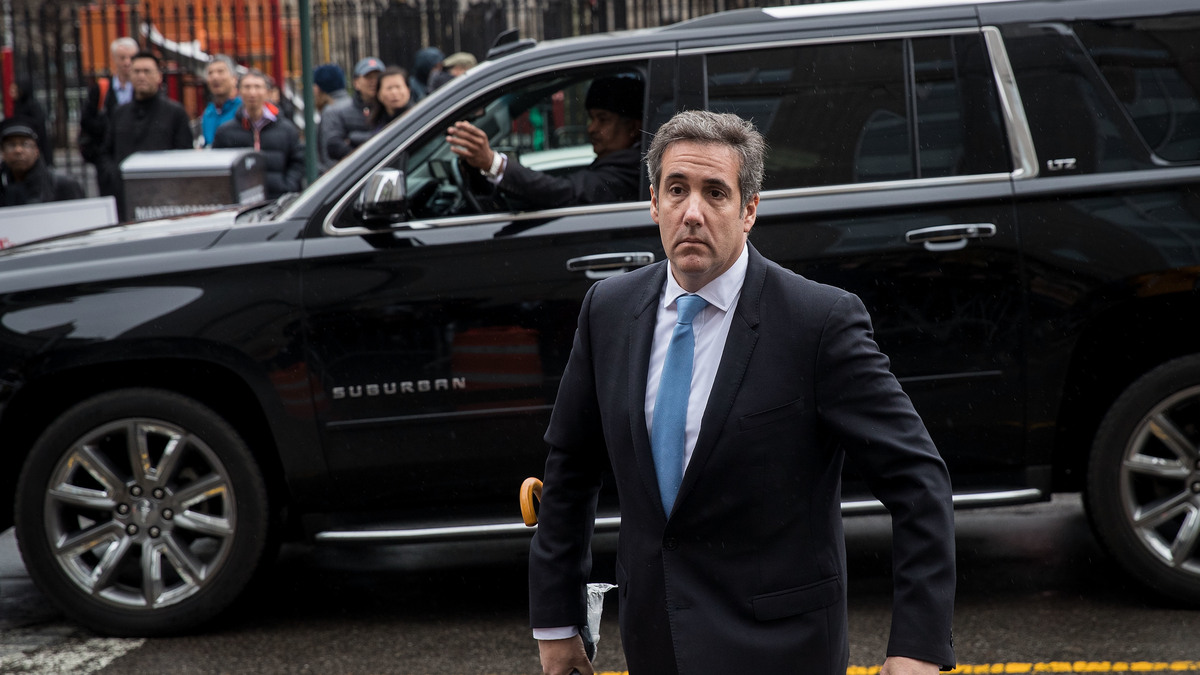 Donald Trump's longtime personal attorney, Michael Cohen, has a lot on his plate these days.

Cohen's camp says that with this as the backdrop, and for no other reason, he decided to drop defamation lawsuits against BuzzFeed News and the political intelligence firm Fusion GPS, as NPR's Miles Parks and Tamara Keith reported this week. The decision was not because Cohen now doesn't feel that he was wronged or that there's any factual basis to the Steele dossier, his lawyer said.

But with the lawsuits now spiked, there'll be no discovery process, as Fusion GPS said in its statement. The company suggested that Cohen might have been uneasy with what might have turned up, especially "under penalty of perjury."

No matter the reason, the end of the suit eliminates one of the potential avenues by which the factual claims in the dossier might have been stood up or knocked down.

That doesn't mean the public might not learn more, though.

Another way might be via BuzzFeed News itself, which published an unexpurgated version of the dossier and which has hired a former senior FBI investigator to look into its claims.

Even though the Cohen lawsuit is now closed, the news site is facing at least one other suit, from Russian Aleksej Gubarev, who is named along with his technology company in the dossier.

Might Justice Department special counsel Robert Mueller also one day make clear what in the Steele dossier is true and what is false? The FBI already has confirmed some of its claims, according to the House intelligence committee Democrats' countermemo released in February.

The details, however, were blacked out.

Mueller's investigators and prosecutors have demonstrated that they're interested in alleged lawbreaking and that they have the capability to dig up granular levels of evidence — they knew, to the day, when certain Russian intelligence operatives had toured which cities in the United States.

So the special counsel's office might have the means to fact-check the dossier, but it probably isn't approaching its investigation that way. Prosecutors focus on targets and, in this case, trying to prove a case against American targets. The dossier does include allegations about Americans and to the degree that Mueller can substantiate them, that might someday become public.

But what about the events in the saga that took place entirely within Russia? What about the characterizations that don't bear directly upon the narrative about a potential conspiracy with the Russian active measures effort?

In one sense, those aren't Mueller's to investigate. And in another sense, his work is already done because there is now a widespread consensus about one of the basic facts in this story: There was a Russian active measures effort designed to interfere with the 2016 election.

Even the Republicans on the House intelligence committee who gave Trump a clean bill of health on collusion acknowledged the extent of the foreign interference.

So for as many indictments as Mueller has unsealed and as much work has been accomplished in the months and months of the Russia investigations, Comey's press tour and Cohen's legal maneuvering underscore just how many basic facts about the case are still secret — or still haven't been established.