Accessibility links
Who Cares If They're Cute? This Zoologist Accepts Animals On Their Own Terms Zoologist Lucy Cooke says humans aren't doing animals any favors when we moralize their behavior. Her book The Truth About Animals is organized around "fact and not sentimentality." 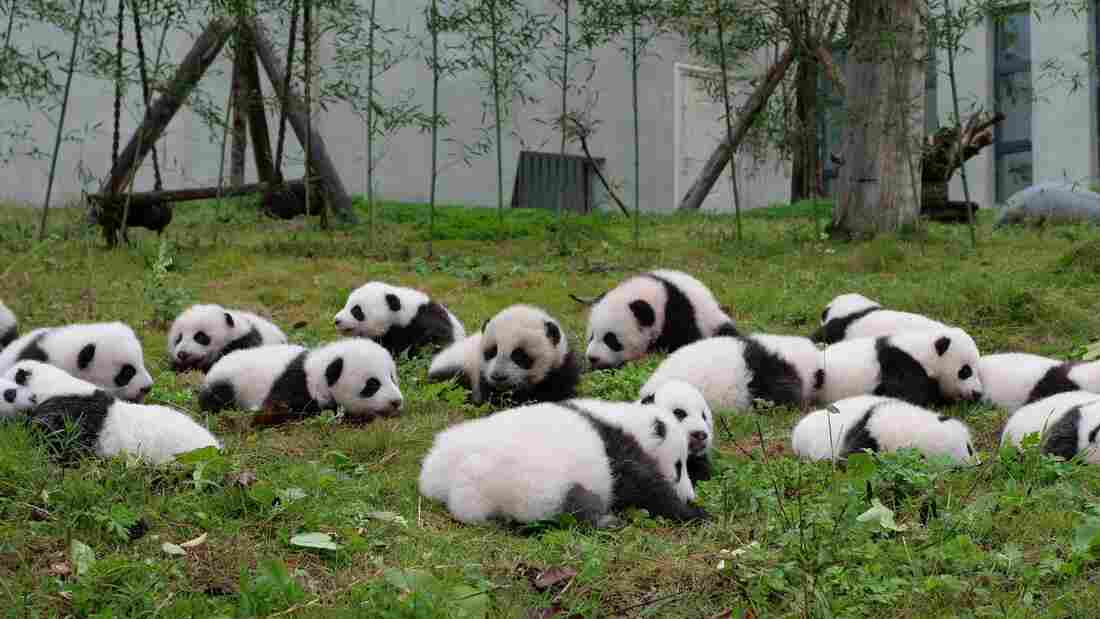 Zoologist Lucy Cooke says we infantilize pandas because they look cute. "We don't think of them as bears," she says. "We think of them as helpless evolutionary mishaps." Though captive breeding programs get a lot of press, she wishes that there were more emphasis on maintaining their natural habitat. Above, panda cubs at a conservation center in Wenchuan in China's southwestern Sichuan province. AFP/AFP/Getty Images hide caption 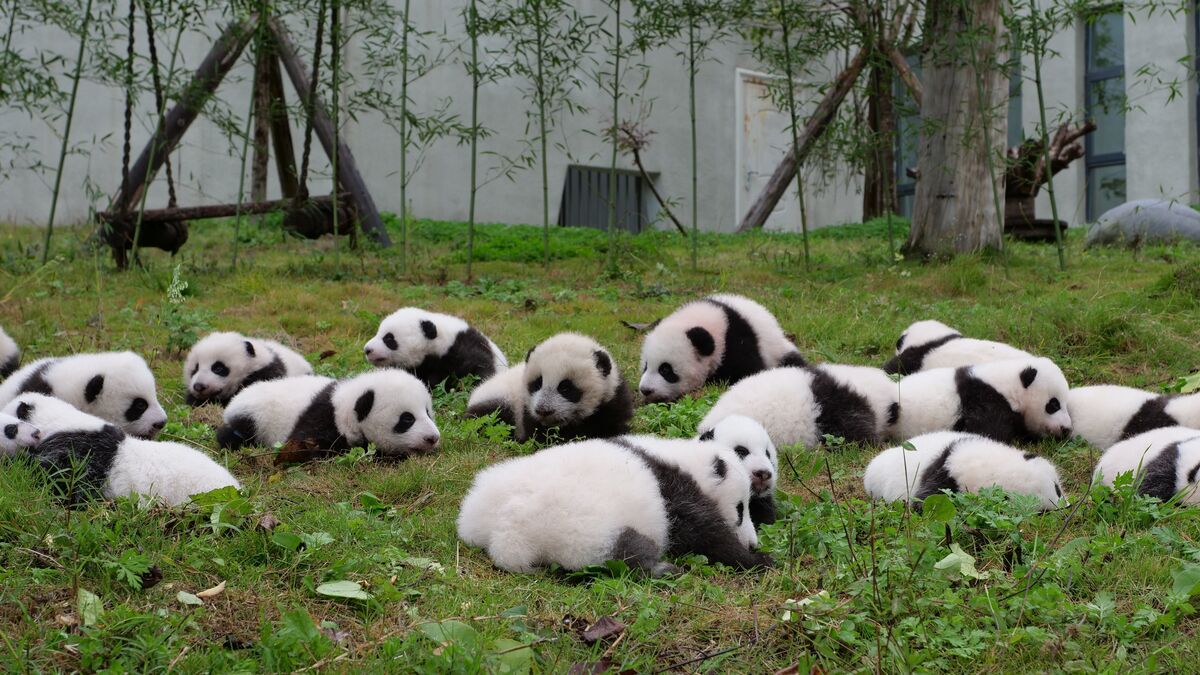 Zoologist Lucy Cooke says we infantilize pandas because they look cute. "We don't think of them as bears," she says. "We think of them as helpless evolutionary mishaps." Though captive breeding programs get a lot of press, she wishes that there were more emphasis on maintaining their natural habitat. Above, panda cubs at a conservation center in Wenchuan in China's southwestern Sichuan province.

Zoologist Lucy Cooke says humans have got it all wrong about sloths. "People think that because the animal is slow that it's somehow useless and redundant," she says. But in fact, "they are incredibly successful creatures."

Cooke is the founder of the Sloth Appreciation Society and the author of a new book called The Truth About Animals: Stoned Sloths, Lovelorn Hippos, and Other Tales from the Wild Side of Wildlife. The book aims to set the record straight on some long-held misconceptions about the animal world.

"The sloth is not the only animal that's being misunderstood in this way," she says. "I thought it was time that we rebranded the animal kingdom according to fact and not sentimentality – because we have a habit of viewing the animal kingdom through the prism of our own rather narrow existence and judging animals on our terms."

The book discusses creatures big and small, furry and slippery: eels, bats, hippos, frogs, storks, and more. "I wanted to showcase a range of stories," Cooke says. "I wanted to show misunderstandings that date all the way from Aristotle to Disney."

She sat down to talk with us about how we are (literally) looking at sloths upside down, why Aristotle was so confused about eels, and why pandas need ambiance to get in the mood.

On humans projecting their bipedal ape values onto sloths

We are busy, bipedal apes, and we are obsessed with moving faster than nature intended. So we look at the cheetah and we think ... this magnificent creature, and we looked down at the sloth, and think: Oh, it's so slow, it's so pathetic. ... 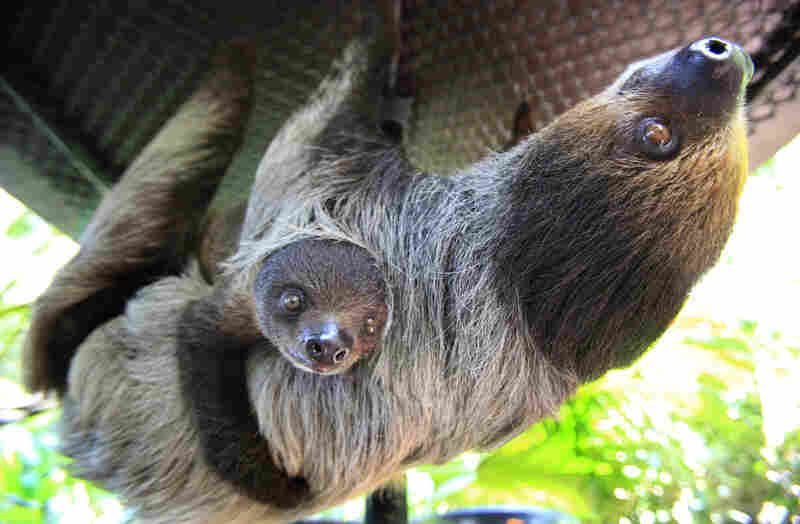 Humans often look at sloths upside down, Cooke says. Sloths are designed to hang from trees — and "gravity removes their dignity." Above, a four-month-old baby sloth hangs onto its mother at the Singapore Zoo. Wong Maye-E/AP hide caption 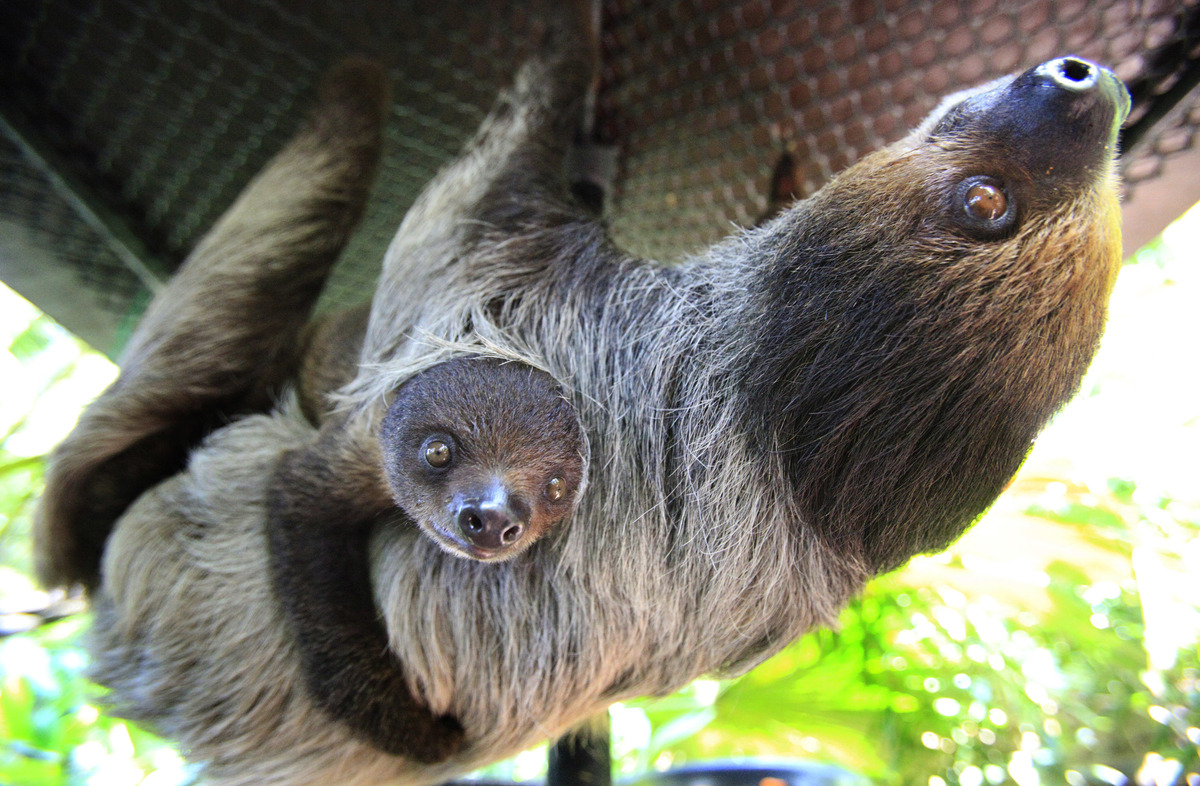 Humans often look at sloths upside down, Cooke says. Sloths are designed to hang from trees — and "gravity removes their dignity." Above, a four-month-old baby sloth hangs onto its mother at the Singapore Zoo.

The sloth is an icon of energy saving. ... They've managed to survive by some fantastically peculiar adaptations that allow them to survive on very few calories; in fact, just 160 calories a day, which is about the same as a packet of chips. ...

The early explorers who first traveled to the Americas ... described [the sloth] as the stupidest animal that can be found in the world. ... They got it wrong because the sloth is an inverted quadruped — so it hangs from the trees. And to hang like that is an incredibly energy-saving existence. ... The problem is, when you turn the sloth the other way up ... gravity removes their dignity.

We are, I think, a really insecure species, and we're constantly looking for our reflection in the animal kingdom. ... It happens every day in the newspapers, and on the TV, and in documentaries.

He's the grandfather of zoology, and he was a brilliant scientist. ... He'd measure and observe animals in situ, and dissect them, and then draw conclusions about their behavior, and he made some amazing discoveries. But he also got a few things wrong. And looking at those mistakes, I think, is incredibly charming, and gives us sort of a window into the thinking at the time, as well. 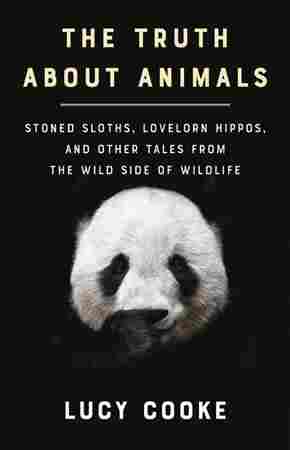 The Truth About Animals

Stoned Sloths, Lovelorn Hippos, and Other Tales from the Wild Side of Wildlife

Title
The Truth About Animals
Subtitle
Stoned Sloths, Lovelorn Hippos, and Other Tales from the Wild Side of Wildlife
Author
Lucy Cooke

On what Aristotle got wrong about eels

They go through not one, but four metamorphoses. They make this extraordinary journey from the Sargasso Sea ... all the way to the rivers of America. ... They fatten themselves up and live in rivers for years, only so that they can fuel the massive journey all the way back to the Sargasso to breed. ...

Aristotle sliced open eels and he couldn't find any sex organs. And the reason why is because they only develop in that fourth metamorphosis, as they're heading back to the Sargasso. So the eels that you find in rivers are completely sexless. So he thought: Well, they must reproduce by spontaneous generation. The action of water on mud must create eels. And so that was one of his mistakes, and that idea of spontaneous generation, hung about until the 17th century. People thought all sorts of animals that they couldn't explain how they reproduce, "spontaneously emerged."

On why we aren't doing pandas any favors by infantilizing them

The thing about pandas is, because they look like wobbly little toddlers — they've got these baby-like features, so they trigger the reward centers in our brain to want to nurture them. And because of that, we have infantilized them. ... We don't think of them as bears. We think of them as helpless evolutionary mishaps that can't survive without our help.

A lot of the conservation has been centered around captive breeding efforts in China and sort of micromanaging the bears' lives. The insinuation is that they can't survive in the wild without us — and this is complete rubbish. What we need to do is the reverse. We need to leave them alone, but just leave them with enough bamboo forest.

Because pandas, we think of them as being very famously ... rubbish at sex. You know papers love to scream headlines: "Oh, Zoo Panda Failed To Do It Again!" ... Pandas are just as choosy as humans are. They don't want to just get plumped into a cell with another panda and expected to procreate. It's very difficult breeding in captivity, because you have to understand what these complex behavioral environmental cues are in order to get the animals to do it.

From Fire Hydrants To Rescue Work, Dogs Perceive The World Through Smell

I thought to myself: That is the most ridiculous thing I have ever read. ... They come from a matriarchal society. ... Most people think that they're all scavengers, they're not. They are highly successful predators. Really, really intelligent. Amazing communicators with a very kind of complex language, you could almost call it. That "woop" that they make ... decodes the individual, the sex, how old it is. They're very, very sophisticated creatures. ...

In the ancient BCs they thought they were hermaphrodites. And that's fair enough that they made that mistake because the female hyena's genitalia is a perfect facsimile of the males. She has what's described in polite zoological circles as a "pseudo penis" and they're almost impossible to tell apart. ...

It was interesting for me writing the book to trace back where a lot of these myths came from, and to find that some of the mistakes and the preconceptions we have, they date all the way back to Greek, Roman and Medieval times.

On the real problem with our anthropocentric approach to animals

These are dangerous times. We are facing mass extinction of so many different species. And I really would love it if we could appreciate animals on their terms, and respect them for what they are, and not what we want them to be. ...

I think we're choosy about what we like, and we don't like. So vultures for instance — hugely unpopular. People don't like them because they're scavengers and they're filthy. But they do an incredibly important job. ... Vulture conservationists, they can't get anybody to donate money to them. Because nobody likes them, because they look like the Grim Reaper and they eat dead things for a living. But we need them just as much as we need the pandas.

Sophia Boyd and Viet Le produced and edited this story for broadcast. Beth Novey adapted it for the Web.