Accessibility links
If A Parent's Day Job Is Running For Congress, Can The Campaign Pay For Child Care? A congressional candidate is asking the Federal Election Commission to decide whether she's allowed to use campaign funds to pay for child care while she spends her days on the trail. 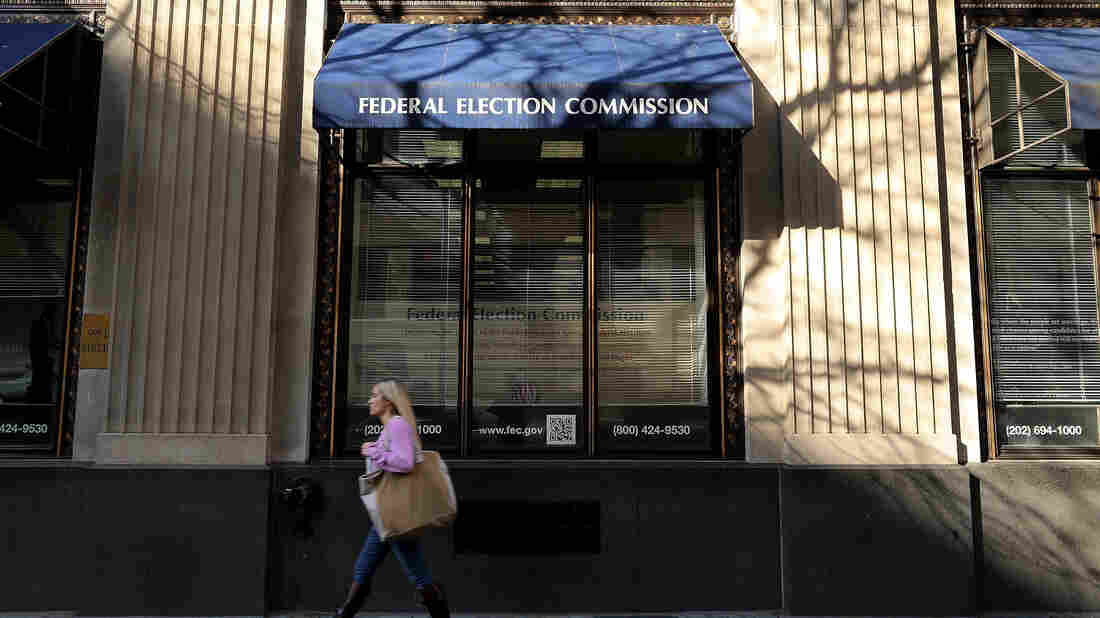 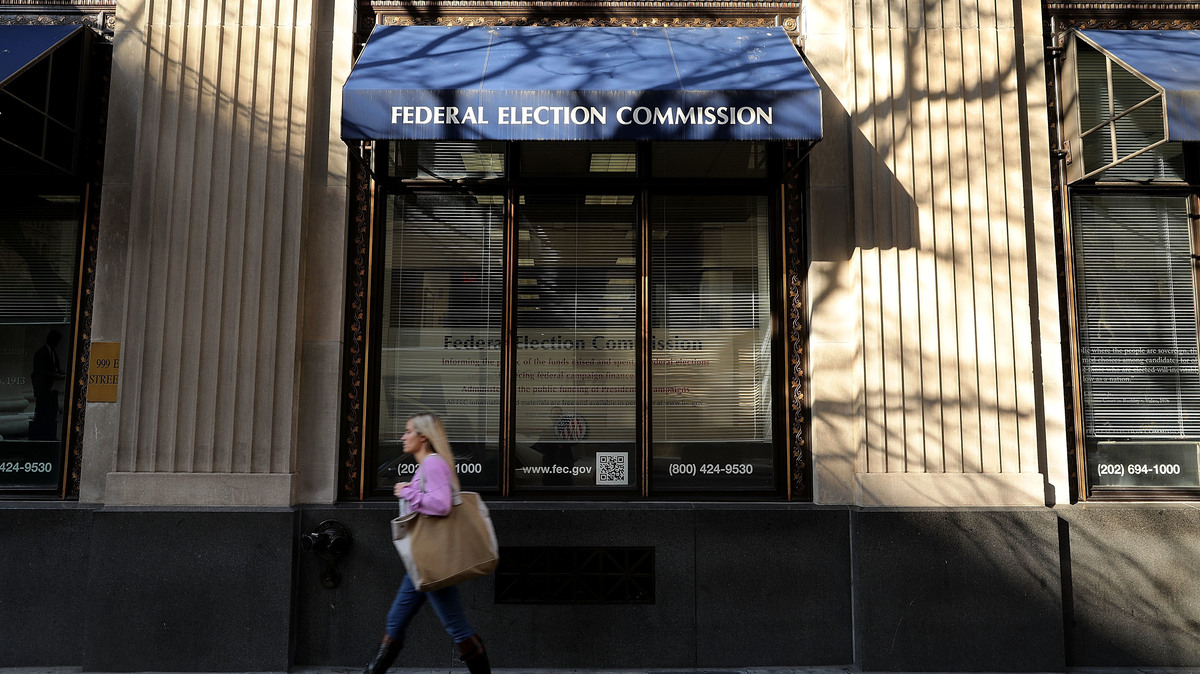 A pedestrian walks past the Federal Election Commission's headquarters October 24, 2016 in Washington, DC.

Liuba Grechen Shirley has a son who's almost two and a daughter who's almost four. And until recently, the stay-at-home mom and freelance consultant had her childcare routine down.

"The bulk of the child care during the day was up to me," she said. And when she had work to do, she'd get help with watching the kids — but it was free.

"My mother is a teacher. She comes home at 3:30 every afternoon, and she would watch my children from 3:30 on, and that's when I'd start consulting," Grechen Shirley said.

But then last year she started thinking she might want to run for Congress, as a Democrat in New York's Second Congressional District. That presented a problem.

"I had thought about it for much of last year, but I decided with two small children I wouldn't be able to do that," Grechen Shirley said. "There were so many barriers, and one of those barriers was child care."

She eventually decided to run anyway and use campaign funds to pay for child care. Now, she's asking the Federal Election Commission to rule whether that's allowed.

What the FEC will be determining in this case is whether spending that money on child care constitutes improper "personal use" of campaign funds. To be legal, campaign expenditures need to pass what the FEC calls the "irrespective test" — that is, they can't be spent on anything that "would exist irrespective of the candidate's campaign or responsibilities as a federal officeholder."

So, for example, campaign funds can't be used to pay for the candidate's groceries, mortgage or electric bill. Candidates have those expenses before they even run for office, and they don't necessarily increase because of a campaign.

But since Grechen Shirley says she wasn't paying for child care before she ran, the FEC's decision should be simple — at least, that's the opinion of one expert.

"In this case, the FEC should allow her to use campaign funds to pay for child care expenses she's incurring only because she's now a candidate," said Brett Kappel, an attorney and campaign finance specialist.

Grechen Shirley is not the first candidate to ask about this. In 1995, for example, then-Rep. Jim McCrery, R-La., asked the FEC if he could spend campaign funds on child care when his wife attended campaign events with him. The FEC decided that he could.

"This is because you and your wife both occasionally need to attend the campaign events involved and because the child care expenses will be incurred only as a direct result of campaign activity and would not otherwise exist," they explained.

In 2008, the commission likewise wrote in a draft opinion that Todd Goldup, an independent candidate from New York, could spend money on "childcare and vehicle expenses." But because only two of the commission's six seats were filled at the time, the FEC could not give a final opinion.

According to Kappel, Grechen Shirley's case is the first time the FEC will issue an opinion on a campaign paying for child care on an ongoing basis.

Grechen Shirley's primary opponent, DuWayne Gregory, argues that using campaign funds would make her less understanding of voters' financial pressures. His spokesperson, Doug Forand, pointed to Grechen Shirley's financial disclosure report, saying that her family income (just over $130,000 last year) makes her much wealthier than many of her constituents.

"We understand. Child care is a very real concern for lots and lots of families," said Forand. "But all those other families find a way to pay for child care and they certainly don't do it with political donations."

Meanwhile, Rep. Peter King, the Republican incumbent, recently told Newsday, "It's up to the FEC, but I certainly have no problem if it goes ahead."

It's perhaps fitting that this question is coming up at a time when a record number of women are running for the House. Women are far more likely than men to shoulder more of the childcare burden, even in families in which both parents work full-time.

If the FEC sides with Grechen Shirley, it would be a narrow precedent, applicable only to candidates in her same situation, according to Kappel — those who didn't need to pay for child care prior to running for office. But he's still keenly interested in the outcome.

"I think it's a very important decision to make," he said. "First of all, i think that the result is permissible under the law, and would also be good public policy to encourage more and varied candidates to run for public office."

It's possible that such a decision would help more moms (and dads, for that matter) to run for office — Grechen Shirley made a similar argument in a recent Washington Post op-ed.

But then, the biggest hurdles to running for office for women come long before candidates look for child care — they're just far less likely than men to consider running in the first place, according to Jennifer Lawless, director of the Women and Politics Institute at American University.

So even if the FEC sides with Grechen Shirley, it may not boost the numbers of women candidates all that much. Still, Lawless says that doesn't mean it wouldn't make a difference.

"It's one additional thing that they don't have to think about or reconcile when they're meeting voters and preparing for debates and raising money and doing all the other things that a candidate needs to do," she said.

For now, the candidate will continue paying for child care from her campaign funds. If the FEC rules against Grechen Shirley, she will have to pay all that money back. The FEC has until June 4 to issue its opinion.