Accessibility links
#ScootersBehavingBadly: U.S. Cities Race To Keep Up With Small Vehicle Shares Cities like San Francisco and Austin are struggling to regulate a flood of new transportation options, from electric scooters to dock-less bikes. Residents are angry over sidewalk and safety concerns. 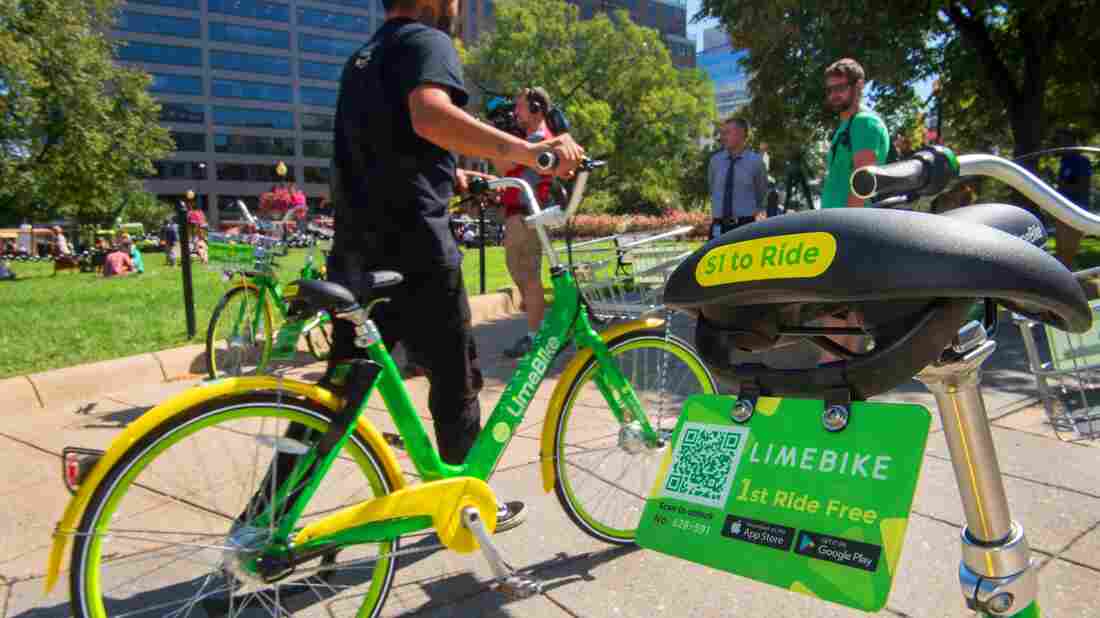 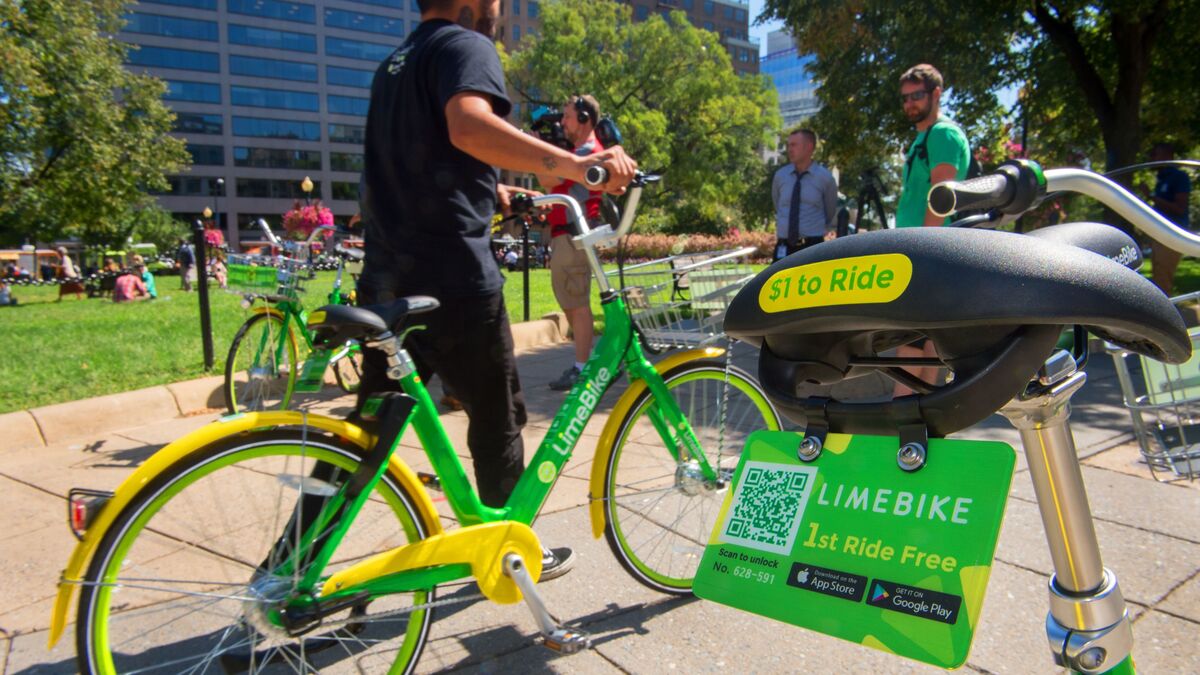 A man rides a LimeBike in Washington, DC.

From San Francisco to Washington, D.C., e-scooters and dockless bikes have become the latest transportation trend to grip urban spaces — and local governments are struggling to keep up.

The concept is simple: Riders download an app, find and unlock a scooter or bike, and leave it when they're done. Many cost as little as $1, and fans of the services tout them as faster, easier, and greener ways to get where they're going.

But some residents are angry about what they call bad behavior: riders weaving in and out of traffic without helmets; speeding down sidewalks and blocking the way for pedestrians and those with disabilities; and discarding bikes and scooters in inconvenient places. It's even inspired a hashtag: #ScootersBehavingBadly.

Cities have clashed with the rental companies on ways to approach regulation. San Francisco and Santa Monica both have issued cease-and-desist orders to a handful of firms until they can come up with solutions. In Austin, Texas, the company LimeBike deployed 200 scooters before it finished negotiating an agreement with the city.

Patrick Sisson, a reporter with the website Curbed, says local governments largely have been unprepared to regulate the new transportation technologies, and are having to play catch-up on creating new rules.

"It sort of follows the same blueprint we saw with Uber and Lyft, where tech companies are looking to provide transportation mobility solutions," Sisson says. "But they're asking for forgiveness after the fact instead of permission before the fact."

Gf just texted me what should undoubtedly be the file photo for San Francisco’s dockless scooter backlash pic.twitter.com/Gko2ToHmpd

This is also spreading to cities like Washington, D.C., and Austin where people are having the same complaints.

The tech companies — they're on to something. I mean, there's a great desire for people to have car-free, last-mile transportation solutions [instead of walking from the train or bus]. I remember speaking to someone in Santa Monica city government that says, "You know, we really like the idea of having these around — it's just there's existing transportation infrastructure, there's safety issues. We just gotta make sure it's properly regulated."

On cities' solutions to issues created by new forms of transportation

Seattle's been trialing a dockless bike parking space that maybe is showing what could be done in scooters and other situations. You're also seeing in San Francisco that Lyft is trialing a dropoff and pickup system, where they would designate certain parts of a neighborhood for dropping off and picking up riders. There's a lot going on, and I think we're still sort of an early days in terms of how this regulation is going to work.