Accessibility links
In 'Futureface': 'The New Face Of America' Journalist Alex Wagner Saw Herself In 1993, Wagner saw a computer-generated face on Time magazine that reminded her a lot of her own. The journalist searches for answers about her own ancestry in her new book, Futureface. 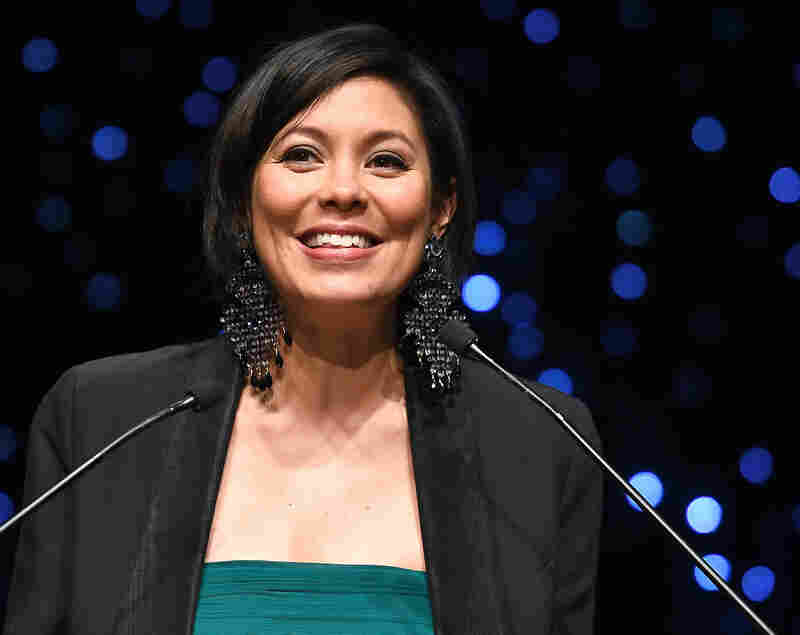 Alex Wagner is a co-host of The Circus on Showtime and a contributing editor at The Atlantic. Above, she speaks at the 69th Writers Guild Awards on Feb. 19, 2017, in New York City. Dimitrios Kambouris/Getty Images hide caption 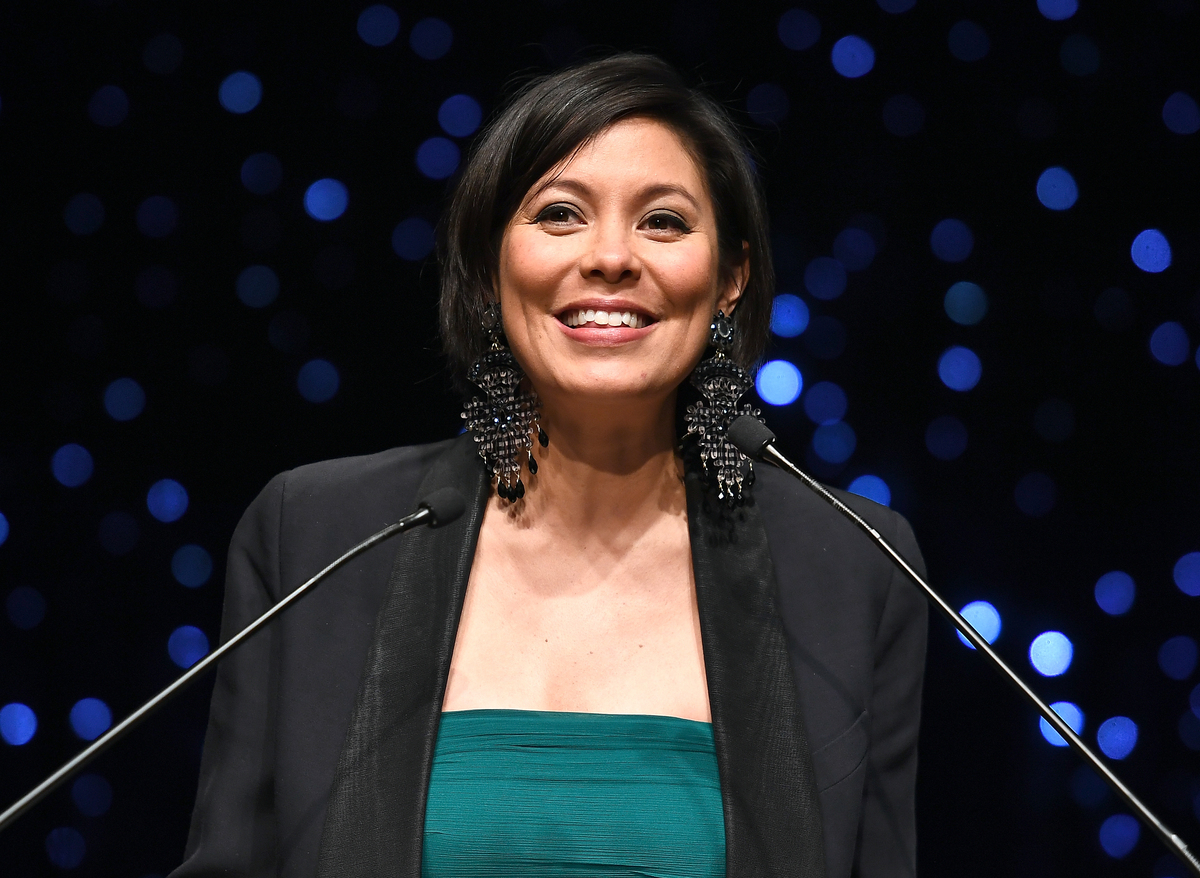 Alex Wagner is a co-host of The Circus on Showtime and a contributing editor at The Atlantic. Above, she speaks at the 69th Writers Guild Awards on Feb. 19, 2017, in New York City.

In 1993, Alex Wagner saw a familiar face on the cover of Time magazine: It was a computer-generated picture of a multiethnic woman who reminded her of ... herself.

Wagner's father is white and from the Midwest; her mother is from what was then Burma. And after reading the Time story on "The New Face of America," Wagner, then a teenager, decided to embrace her identity as a "futureface."

"I liken it to sort of thinking you were a pigeon and then finding out you were a toucan," says Wagner, now a journalist. "It was like this thing that no one else had, this 'futureface.' But as I got older, I felt the weightlessness of that. And I wanted to know what grounded me."

Wagner was filled with questions about where she belonged, which family stories were myths and which stories were left untold. Her new book, Futureface, is her attempt to find answers about her ancestry.

"In the initial stages, I sort of started talking to family members, and they would tell me these stories," Wagner says. "And inevitably — we all find this — there were snags in those stories, little kind of asides that didn't make sense. And I pulled them, and that's really what the book is about." 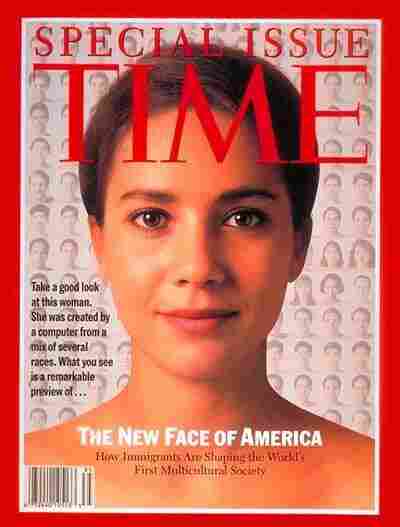 Time's "The New Face Of America" issue was released Nov. 18, 1993. Wagner remembers seeing the cover as a teenager and embracing her identity as a "futureface." Ted Thai/Time magazine hide caption

On her mother's and grandmother's memories of home

Burma — and let me be clear, it's also known as Myanmar — and the reason a lot of Burmese and Burmese exiles call it Burma: It's a form of political resistance to the ruling military junta.

The stories of Burma were always redolent with the scent of frangipani blossoms, and, you know, these incredibly gauzy memories about life in the aftermath of British colonialism, which weren't ... political stories. But they were stories about this just incredibly romantic way of life. My grandmother would talk about having bananas at teatime and carrying palm fronds when the monsoon rains came, and I accepted all of those stories because they were like poetry. But they weren't grounded in any particular reality, and they didn't answer the fundamental question, which was, "If life in Burma was so good, why did we leave?"

On fact-checking her family's history

As I did the research talking to people in my family — namely my grandmother, who had the greatest wealth of stories — I also started cross-referencing some of the things she was telling me about with historical documents, which is not what we often do in the realm of family histories. And then, of course, I traveled to Burma. I went to the Burmese archives, which was a comedic endeavor if ever there was one. There was nothing, really — not much of an archives.

But what I did discover is that some of these sort of petty bigotries that were made manifest in family stories tied back to a very violent and virulent strain of Burmese nationalism that I had never even considered. ... In many ways, the Burmese upper class like my grandmother turned a blind eye to Indian massacres that happened in Burma ... at the time my family lived there. 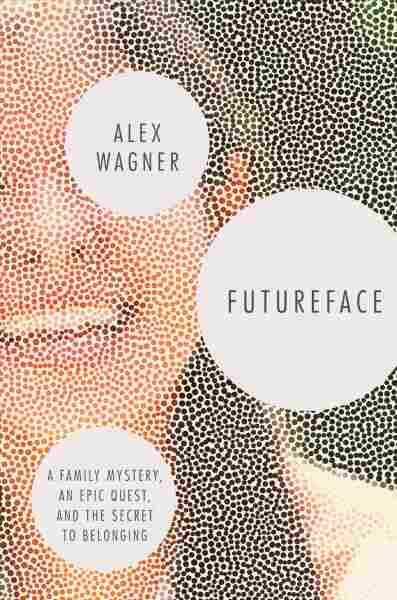 A Family Mystery, an Epic Quest, and the Secret to Belonging

The White Immigrant Origin Story is effectively the American origin story, which is that, "We immigrants from Western Europe left the Old World, we started anew, and because of our hard work and divine providence, we made it in America." ...

For the most part, the White Immigrant Origin Story either glosses over huge parts of reality and history — or is just a lie. And in the case of my grandfather, what we knew about him was built on falsehoods. And as I went back to Luxembourg and did intense genealogical detective work to find out who this person was, I realized that he bore no resemblance to the person we thought he was. And that was important because the heroism that is a fundamental part of the White Immigrant Origin Story, I think, can be exclusionary. And what I'm trying to do in this book, I think, is to find a more inclusive narrative when we talk about America.

On finding her own community

I think we do a lot of work in this day and age focusing on the future and on the past. And we hope that somehow, we'll find something in both places. But what I realized through all of this digging through, the place where you can really find yourself is, of course, right here, and that we don't invest enough in the present. When we think of community, we think of some sort of nebulous, faraway group of people rather than the men and the women who touch our daily lives. And I realized that my people basically had been with me all along. ...

And I think as simple as that is, it's changed my worldview. It's changed the way I think of every single day. I began this book really feeling lonely and really plumbing the depths of my existential despair, but I came out of it feeling like I was part of a fabric that was pretty tightly woven.

Sam Gringlas and Melissa Gray produced and edited the audio story. Sydnee Monday adapted it for the Web.