Accessibility links
The Russia Investigations: What You Need To Know About Russian 'Active Measures' Russia has been waging a broad, concerted campaign of influence against the U.S. that includes a number of both overt and clandestine elements. 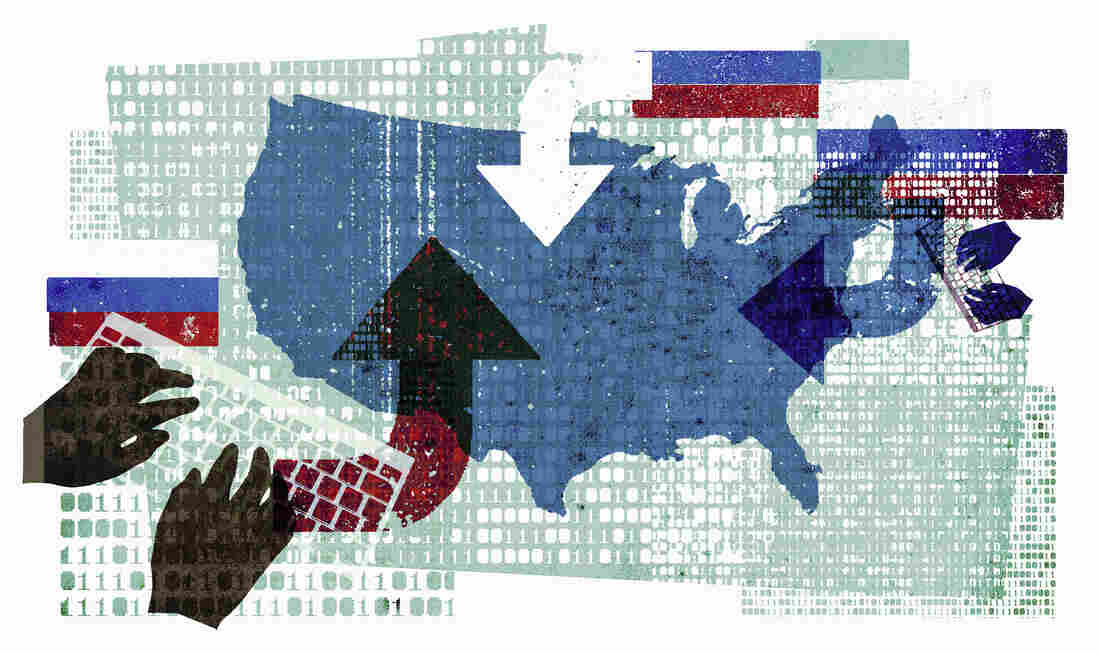 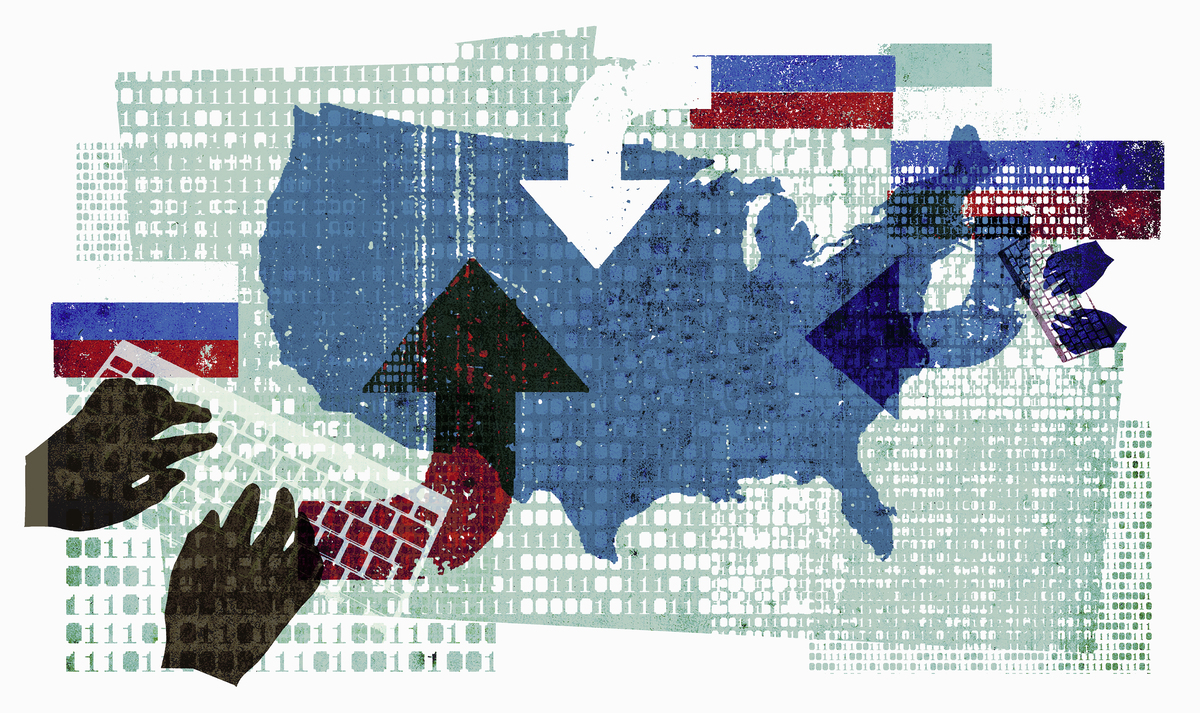 Russian cyberattacks began in 2014, and intelligence officials say they have not stopped.

What are "active measures"?

The Russian government launched a broad influence campaign against the United States starting in 2014. Intelligence professionals call it the latest examples of "active measures," secret tools of statecraft that have been used for centuries and were employed throughout the Cold War.

In recent years they have included many interlocking elements:

– Russian operatives visited the United States to conduct reconnaissance in several states and cities across the country.

– Cyberattacks targeted more than 500 people or institutions, including the Democratic National Committee, former Secretary of State Colin Powell, top military commanders and the chairman of Hillary Clinton's 2016 presidential campaign, John Podesta. Much of that information was later released publicly to embarrass the victims via WikiLeaks or another website, DCLeaks, which was set up by Russian intelligence services. The U.S. has charged 12 Russian military intelligence officers in those cyberattacks.

– Cyberattacks probed state election systems and their vendors. A number of states were targeted for covert exploration. Officials say that no votes were changed, but those details remain unclear; information was stolen about roughly 500,000 voters.

– Russian operatives used fake or deceptive accounts on social media to amplify controversy in the United States, pitting American users against each other and even organizing some real-world events from afar. The U.S. has charged 13 Russians and three Russian entities in that case.

– Russian operatives may have forged documents or other secret material in an attempt to confuse FBI or other intelligence officials at levels only they could see.

– Russian operatives established contact with American political organizations in order to try to wield influence in the U.S. to further Russia's aims. One woman has admitted in court that she served as an unregistered Russian agent inside the U.S.

– Russian operatives made several overtures to Donald Trump's 2016 campaign, offering dirt on Clinton or high-level meetings with Russian leaders. Contacts continued after Election Day with key top Trump aides. President Trump and his advisers then and now have denied any conspiracy with the Russian attack on the 2016 presidential election.

Why did the Russians do this?

– He was angry at what he viewed as American interference in Ukraine, in Russia's front yard, under former President Barack Obama.

– He bore a longstanding personal animus against Clinton from her tenure as secretary of state and probably feared the policies she'd adopt toward Russia if she had been elected in 2016.

– Putin said in Helsinki on July 16, 2018, that he supported Trump's election because he welcomed Trump's promise of better relations with Russia.

– By the 2016 election cycle in the U.S., Putin may have believed the United States had launched an influence campaign against him before he launched the one against it and other countries in the West.

Putin probably also wanted simply to sow chaos and undermine faith in democracy across the West — Russia also has attacked other elections in Western Europe — and exacerbate political divisions that already were becoming inflamed.

How do we know?

Russia's support for Trump was open — Putin spoke about it as did government-controlled or aligned sources. Plus, the U.S. intelligence community reportedly had a human source close to Putin that confirmed his instructions to interfere in the election.

Part of that intelligence is what has underpinned indictments brought by Justice Department special counsel Robert Mueller against a number of Russians connected with social media agitation and cyberattacks.

Other open evidence includes extensive congressional testimony and a leaked report by the National Security Agency that documented a cyberattack on an elections vendor by Russia's military intelligence agency, the GRU.

Could it happen again?

It never stopped, say the heads of the top U.S. intelligence agencies. Russian cyberattacks continue and Russia also keeps using social networks, especially Facebook and Twitter, to turn up the volume on political controversy within the United States. And the creation of what could be provocative fraudulent materials could also still be underway.

What is the United States doing?

Washington has kept up the diplomatic and economic pressure it has been applying to Russia since its invasion of Ukraine. Under Presidents Obama and then Trump, diplomats have been kicked out, their offices closed and sanctions have remained in effect.

There also are unofficial signs the United States is responding more aggressively behind the scenes. According to one report, U.S. Cyber Command sent messages to individuals it knew were connected with Russia's active measures to let them know America was watching and to try to persuade them to stop.

According to another report, on Election Day 2018 CyberCom shut down Internet access to the Russian office responsible for social media agitation on to take it temporarily offline and ensure less mischief related to American democracy as many voters went to the polls.