Accessibility links
What You Need To Know About The Russia Investigations: Alleged Obstruction What is obstruction of justice and what role does it play in the Russia imbroglio? 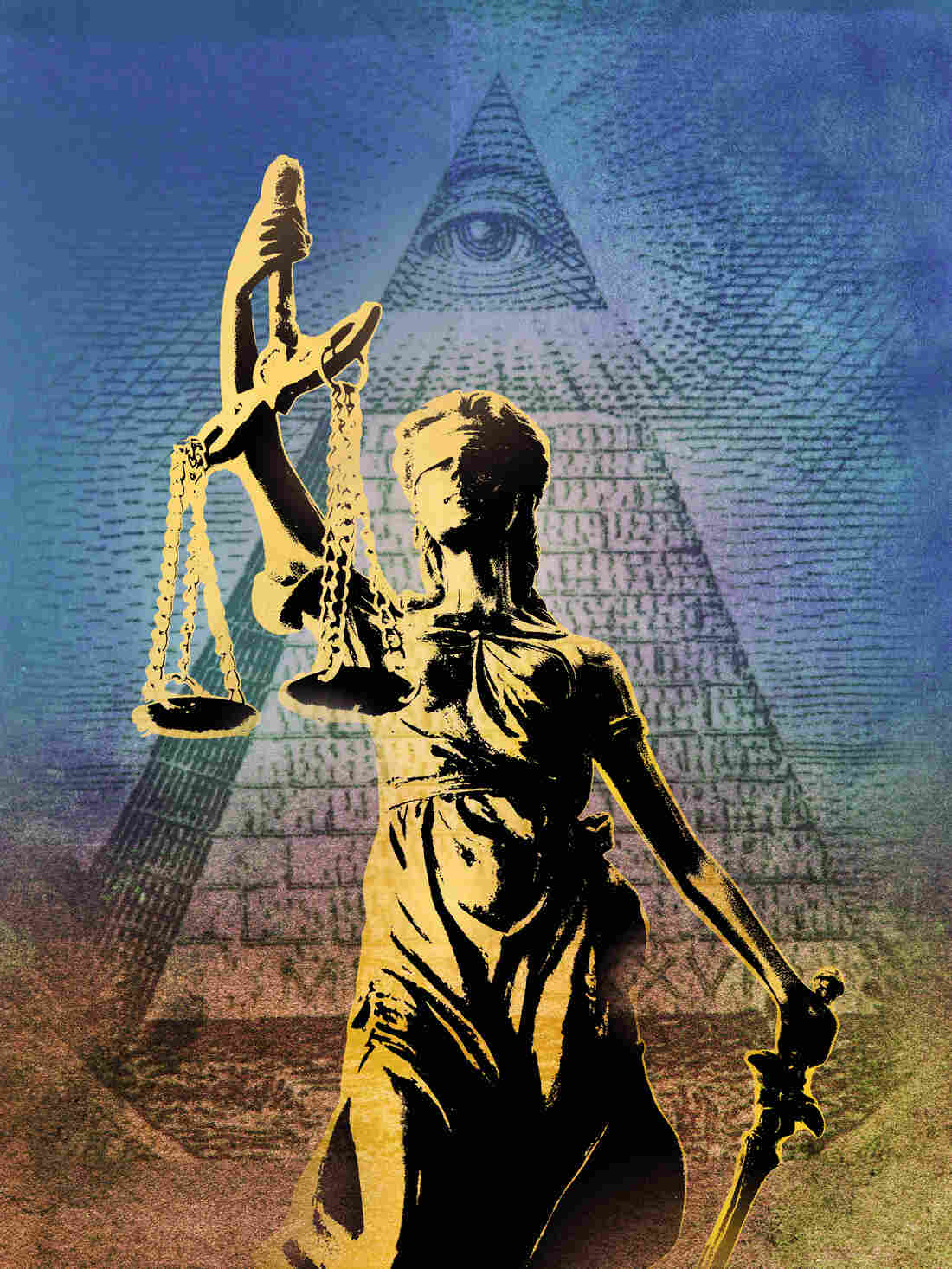 The question of obstruction of justice was a key part of the special counsel Robert Mueller's investigation. Roy Scott/Getty Images hide caption 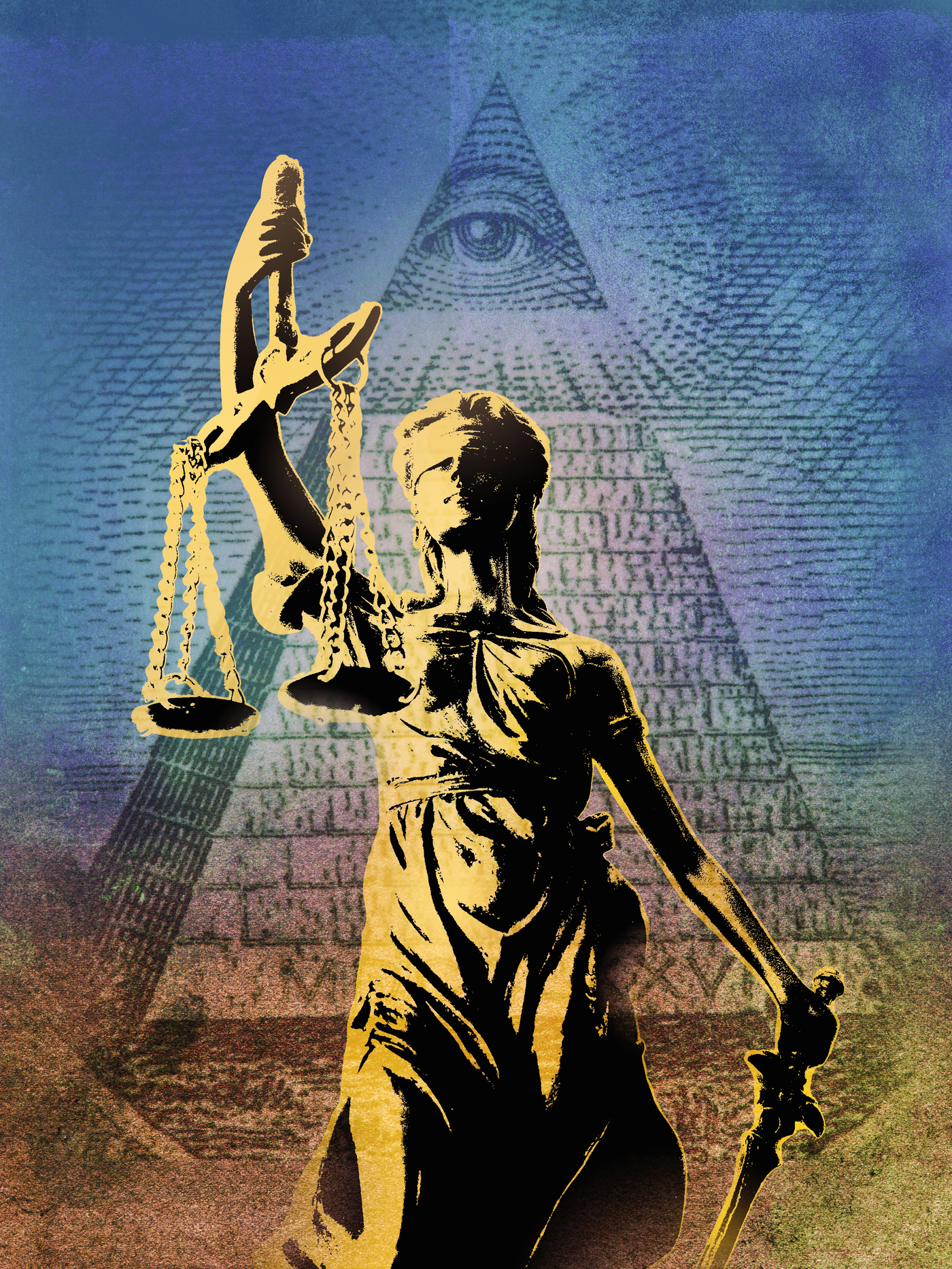 The question of obstruction of justice was a key part of the special counsel Robert Mueller's investigation.

No charges for Trump

Why was that an issue? How did Barr reach that decision? Why was this such good news for the president? Here's what you need to know.

What is obstruction of justice?

It's against the law to frustrate or try to frustrate an investigation, even if no underlying crime was committed. Lying to federal investigators is a crime on its own and so is acting more broadly to try to prevent or delay or otherwise interfere with the course of their work.

Obstruction also is politically important: The last two occasions on which Congress has filed articles of impeachment against sitting presidents — against Richard Nixon and later, Bill Clinton — they included allegations about obstruction.

But it's a difficult case for a prosecutor to make because the law requires proving that someone had a "corrupt intent." That means getting inside a subject's head and convincing a jury about what she or he was thinking.

Why did critics accuse Trump of obstructing justice?

One theory of the case was that Trump may have broken the law by asking FBI Director James Comey not to pursue the case of former national security adviser Mike Flynn.

Flynn lost his position in the White House after lying to Vice President Mike Pence about a conversation Flynn had with Russia's ambassador before Trump was inaugurated, although the specific details from that time aren't fully known.

Trump denies that. He also denies an earlier conversation described by Comey in which Comey says the president asked him for his "loyalty."

But did the president fire Comey to try to intimidate the FBI or delay its investigation? What other actions might he have taken before the fact or since?

And did he ask other people in the administration — from then-Attorney General Jeff Sessions to Director of National Intelligence Dan Coats or others — to try to get the FBI to ease up on Flynn or take other such actions?

These were major questions for special counsel Robert Mueller, who was appointed after Comey's firing by Deputy Attorney General Rod Rosenstein.

Mueller was commissioned to look into whether Trump's campaign conspired with the Russian interference in the 2016 election, but questions about alleged obstruction were tied so closely with Trump's actions that they too became part of his work.

Ultimately, as Barr told Congress in a four-page letter that summarized Mueller's findings, the special counsel's office neither concluded that Trump had committed a crime nor exonerated him.

Trump has connected his firing of Comey to the Russia investigation in some public comments, but the president and other administration officials also have given other reasons for the firing.

The president denied any suggestion his campaign conspired with the Russian attack on the 2016 election and calls the subsequent investigation a "witch hunt."

On obstruction, he also denied wrongdoing, but the matter was slightly less clear-cut because he does acknowledge his willingness to "fight back," as Trump has described on Twitter.

....doing things that nobody thought possible, despite the never ending and corrupt Russia Investigation, which takes tremendous time and focus. No Collusion or Obstruction (other than I fight back), so now they do the Unthinkable, and RAID a lawyers office for information! BAD!

What does Comey say?

Comey made clear from the first that he believes a president has the power to fire an FBI director at any time. Comey talked to NPR's Steve Inskeep and Carrie Johnson in April 2018.

He was asked about obstruction and said that although Trump could be guilty, he didn't have a full picture of the evidence that investigators may be assembling.

I can't see all of it. And it could be obstruction of justice. It would depend upon what the full scope of the evidence is with respect to intent, because obstruction of justice requires a demonstration of corrupt intent. And I'm just a witness when it comes to that particular incident, the February 14th incident. And so I don't know what the evidence is that the prosecutor and investigators have gathered with respect to intent. It maybe there, it may not be. I just — it doesn't make sense, and I can't responsibly offer an opinion from my vantage point.

As Comey later explained elsewhere, there was no way he could know why Trump was asking him to "let this go" about Flynn — whether the president liked Flynn personally and wanted to save him from trouble, or whether the president sought to shield himself from what investigators might learn from Flynn.

Flynn was later charged with lying to investigators and pleaded guilty; prosecutors hailed the cooperation he has given to the government and he is awaiting sentencing.

What else may Trump have done? Pardons, personnel, Congress

Political opponents of the president also have accused the White House of holding out the prospect of pardons to people who've been charged in the course of the Russia investigation to induce them not to implicate the president.

Trump may have encouraged people to endure their prosecutions and imprisonment because he would take care of them in the end, according to these allegations.

During his confirmation hearing, Barr told the Senate that kind of conduct, if proven, might amount to obstruction.

Trump has said his former personal attorney Michael Cohen appealed to him "directly" for a pardon — but the president rebuffed him.

More broadly, the White House has denied that it tried to offer people incentives not to cooperate with prosecutors, while not ruling out the prospect that the president may use his clemency power to help people implicated in criminal wrongdoing discovered during the Russia investigation.

As to personnel, Trump reportedly considered then-Acting Attorney General Matthew Whitaker to be his man at the Justice Department, one who reportedly believed his job was to "jump on a grenade" for the president.

There also have been questions about whether the president's preference for people he considered loyal went even further down into the department.

Trump, for example, reportedly asked Whitaker whether the man whom the president appointed to be the U.S. attorney for the Southern District of New York might take over Cohen's case. But that U.S. attorney, Geoffrey Berman, already had been recused from Cohen's case.

Cohen told Congress that the White House encouraged him to lie to lawmakers about the negotiations Cohen had undertaken on behalf of Trump about a possible Trump Tower real estate project in Moscow.

Cohen told the House oversight committee that at least two lawyers working for Trump world had edited his statement to get the story straight.

The White House disputes that. Trump and his supporters have pointed out Cohen's history of telling lies, including to Congress, and argued that means nothing he says now is believable.

Cohen reportedly has provided some documentation about his assertions to the House intelligence committee, but it isn't clear what he has given lawmakers or what story it may tell.

Taken together, Trump's alleged actions — attempting to get investigators off various cases, attempting to put people loyal to him in charge of other cases and encouraging people in his orbit to lie or not cooperate — form what critics called a pattern of obstruction.

Trump rejects that idea and says there is no need for any further congressional investigation — or, certainly, impeachment — because he hasn't done anything wrong.

What Barr and Rosenstein decided

The fact that Mueller did not an establish an underlying conspiracy between Trump's 2016 campaign and the Russians was a factor in this decision, Barr wrote. So the finding that Trump had no conspiracy to conceal "bears upon" the assessment of Trump's intentions, Barr explained to Congress.

Moreover, the attorney general explained the hurdles that the government would need to clear in order to get a conviction.

Prosecutors need to prove, Barr said, that a person acted with corrupt intent to obstruct investigators "with a sufficient nexus to a pending or contemplated proceeding."

In other words, per Barr, a prosecutor would need to prove to a jury beyond a reasonable doubt that

Barr and Rosenstein decided that there wasn't sufficient evidence to check all those boxes. That is why they concluded that Trump wouldn't face charges — separate, Barr said, from other considerations about whether the Justice Department actually can even seek an indictment of a sitting president.

What remains unclear is precisely what evidence was uncovered by Mueller's investigation and what underpinned his and Barr's legal analysis.

For example, did Barr reach his conclusion about element No. 3 — the "pending or contemplated proceeding" — because Trump never had cause to expect one given the Justice Department's policy against indicting a sitting president?

Mueller's full report hasn't been released but will be scrutinized to see what the special counsel wrote in his own words and how that informed Barr's and Rosenstein's decisions on these questions.