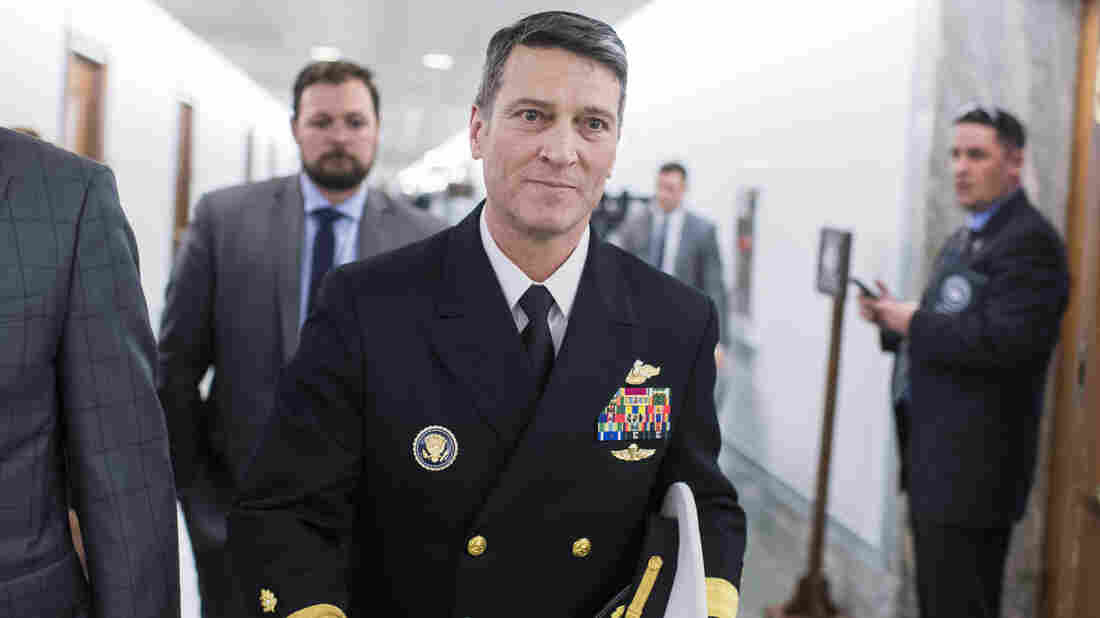 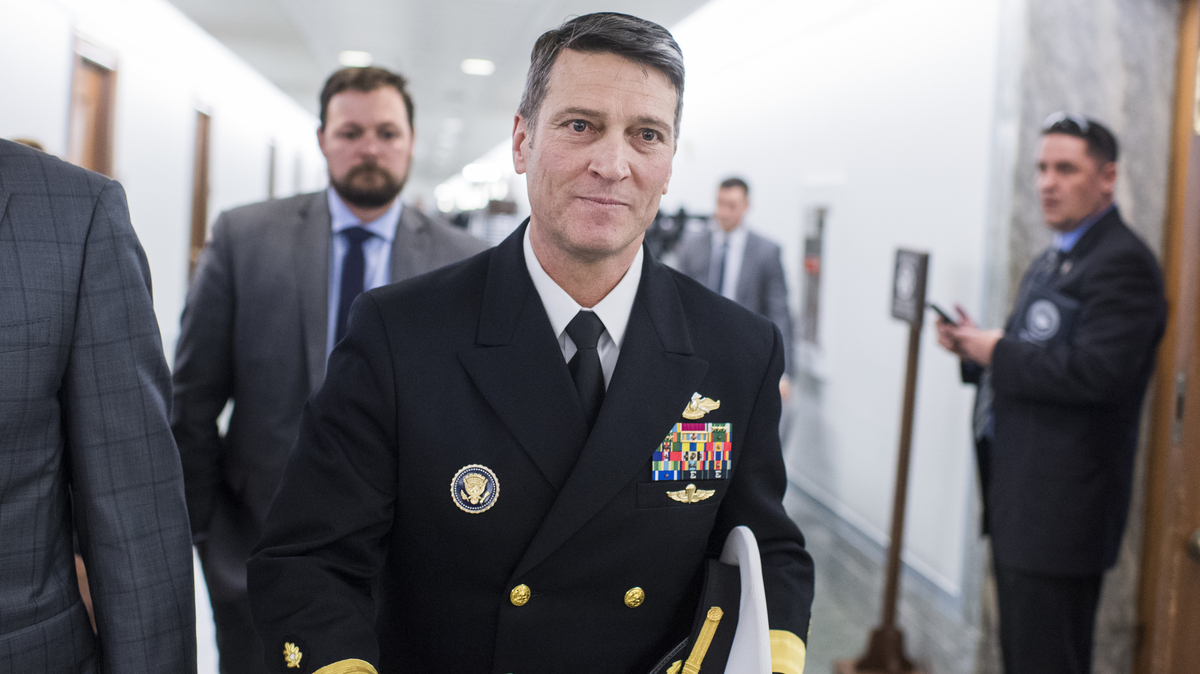 Jackson denied wrecking a government vehicle. "I did not wreck a car," Jackson told reporters at the White House Wednesday. "That should be pretty easy to prove." Jackson also told the media he does not know where these allegations against him are coming from and that he is moving forward with his nomination.

Trump Defends VA Nominee But Suggests He Might Prefer To Withdraw

The White House is defending the nominee and urged the Senate's Veterans Affairs Committee to quickly reschedule his confirmation hearing.

The new charges were outlined in a two-page document released by Sen. Jon Tester, D-Mont., the ranking Democrat on the committee. It summarizes complaints that Tester says were raised by more than 20 past and present colleagues of Jackson, a Navy admiral who has served as personal physician to Trump and former President Obama.

According to the summary, multiple staffers in the White House medical unit referred to Jackson as "Candyman" for the way he freely dispensed prescription drugs.

A nurse told committee staffers that Jackson prescribed drugs for himself. And he reportedly provided a large supply of the prescription painkiller Percocet to a staffer in the White House military office. Colleagues reported that controlled substances were often not properly accounted for.

The allegations in the committee summary have not been independently verified.

"Dr. Jackson deserves a fair hearing, and we are not going to write him off in any way before his hearing, and quite frankly neither should members of Congress," White House spokesman Hogan Gidley told Rachel Martin on NPR's Morning Edition Wednesday, before the most recent allegations surfaced.

Gidley said the FBI background investigation into Jackson "was clean and there are no issues in the background check whatsoever."

Jackson's confirmation hearing, originally scheduled for Wednesday, was indefinitely postponed. Complaints have also been raised that Jackson drank on duty and fostered a hostile work environment.

Sen. Jerry Moran, a Kansas Republican on the committee, has said Jackson denied ever having a drink while on duty.

The White House says Jackson has never been the subject of an inspector general's report and pointed to glowing performance reviews he received from both Trump and Obama.

"Ronny's positive impact cannot be overstated," Obama wrote in 2015. "He is a tremendous asset to the entire White House team."

Jackson has served in the medical unit since 2006, caring for three presidents. He specializes in emergency medicine and served with a battlefield surgical unit in Iraq.

An administration official suggested the complaints may be fallout from Jackson's rivalry with another doctor in the White House medical unit dating to 2012.

The rivalry between Jackson and Dr. Jeffrey Kuhlman prompted a "command climate assessment" of the medical unit that year, which found low morale.

"The staff characterized the working environment as being caught between parents going through a bitter divorce with one parent undermining and talking bad about the other," according to a report of the findings.

The White House says it was Jackson who requested that assessment and hinted Kuhlman is behind the more recent complaints. Jackson "will certainly not be railroaded by a bitter ex-colleague who was removed from his job," said a White House statement.

On Tuesday, the president appeared to be clearing the way to withdraw Jackson's nomination.

"What do you need it for?" Trump said he told Jackson. "I don't want to put a man through a process like this. It's too ugly and too disgusting."

But after an Oval Office meeting Tuesday afternoon, Jackson insisted he wanted a chance to defend his reputation.

"Dr. Jackson's record as a White House physician has been impeccable," White House spokeswoman Sarah Sanders told reporters Wednesday. "In fact, because Dr. Jackson has worked within arm's reach of three presidents, he has received more vetting than most nominees."

Although they do not get to vote on Jackson's nomination, lawmakers in the House are weighing in as well.

House Veterans Affairs Committee Chairman Phil Roe, R-Tenn., said Wednesday he was not prepared to call for Jackson to withdraw but that allegations of misconduct — and in particular allegations of alcohol use while on duty — could derail his nomination. "Right now, he's the nominee and if he makes a decision to withdraw that is his decision, or if the administration decides to do it. I think you've got to vet these folks properly, I totally agree with that, and then let the process work. The Senate will make its decision," said Roe, a physician who also served in the Army.

Roe said he had not been briefed on the Jackson allegations but made clear that using alcohol on duty as a medical doctor is "unacceptable."

"We have a trust as a physician with our patients to be clearheaded and to be under the influence of nothing when you are on call," he said. "I'd have to know all of the [facts], but that's a no-no, you don't do that."

Roe, who has never met Jackson, said lawmakers are eager to find a leader who can bring stability to what he called the nation's largest coordinated medical system at the VA. "We need a leader that is going to be there for a while. I've been here 9 1/2 years and this has been my fourth secretary," he said. "Some stability would be nice."

But the top Democrat on the same committee as Roe said it was time for Jackson to bow out of further consideration.

"In light of the serious allegations brought to the attention of the U.S. Senate against Adm. Ronny Jackson by more than 20 of his military colleagues, I am urging Adm. Jackson to remove himself as the nominee to be Secretary of Veterans Affairs," Rep. Tim Walz, D-Minn., said in a statement Wednesday.

"Not only does Adm. Jackson lack the management experience necessary to successfully lead the 360,000-person, nearly $200 billion federal agency, it is apparent there are also serious questions about his character and job performance," Walz also said. 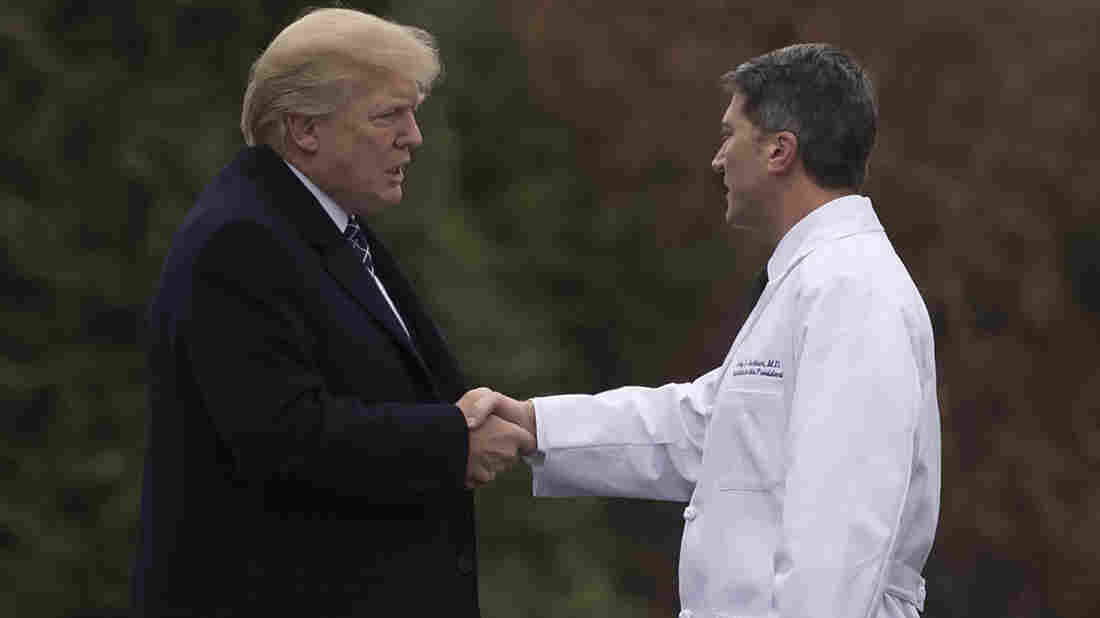 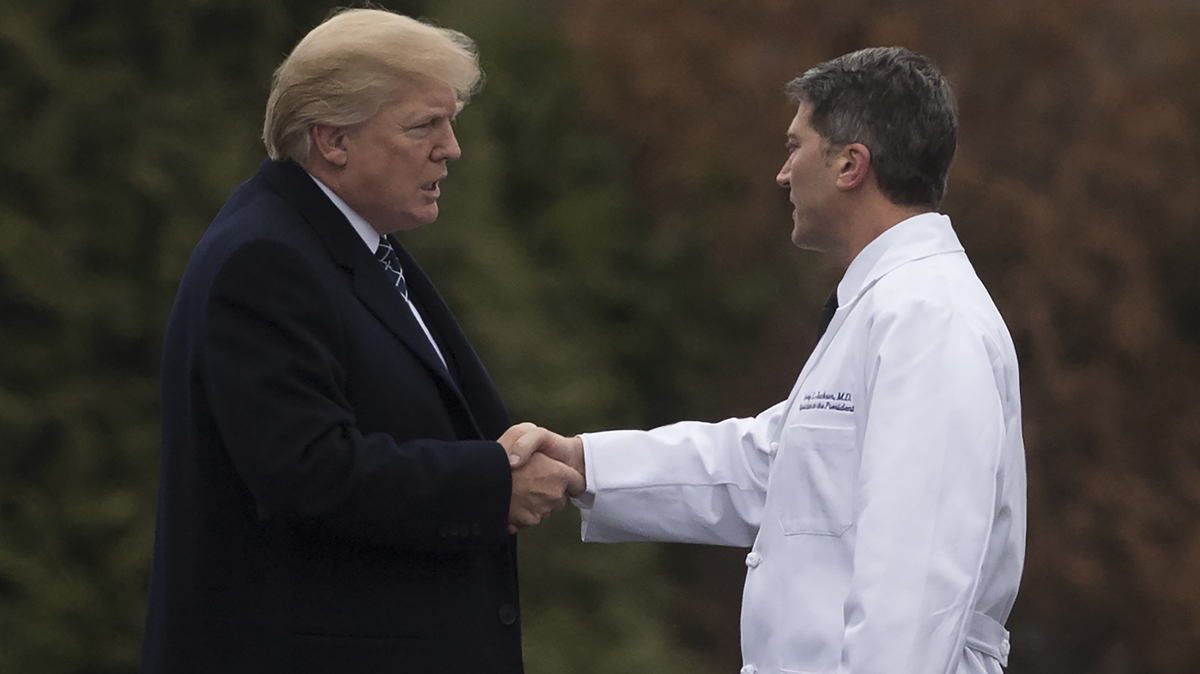 Trump caught many observers off guard when he picked Jackson to replace ousted VA Secretary David Shulkin. Unlike Shulkin, who had managed a large medical organization before joining the VA, Jackson has never overseen more than 75 people.

"I know there's an experience problem because of lack of experience," Trump admitted Tuesday. "But he is a man who has just been an extraordinary person. His family, extraordinary success. Great doctor. Great everything."

Administration spokesman Gidley said, "The question is: Does anyone ever have management experience for an organization this size?"

Jackson is also a blank slate on one of the key policy questions facing the VA: what role the private sector should play in providing veterans health care. Many of the large veterans service organizations are wary of what they see as a push toward privatization. Shulkin complained that he was fired, in part, for resisting that push.

Trump insisted he would stand behind his nominee, even as he suggested the political battle might not be worth it.

"I wouldn't do it," Trump also said Tuesday. "What does he need it for? To be abused by a bunch of politicians that aren't thinking nicely about our country? I really don't think, personally, he should do it. But it's totally his — I would stand behind him — totally his decision."

Former Obama administration staffers also defended Jackson's character, even as they questioned whether he is the right choice for the VA job. One former Obama staffer who spent a lot of time around Jackson on official trips said he had never seen evidence that Jackson drank while on duty. The former staffer said that Jackson and other White House doctors provided Ambien, a sleep medication, when staffers requested it while on overnight flights to Europe and Asia.