Accessibility links
How America's White Power Movement Coalesced After The Vietnam War Author Kathleen Belew says that as America's disparate racist groups came together in the 1970s and '80s, the movement's goal shifted from one of "vigilante activism" to something more wide-reaching. 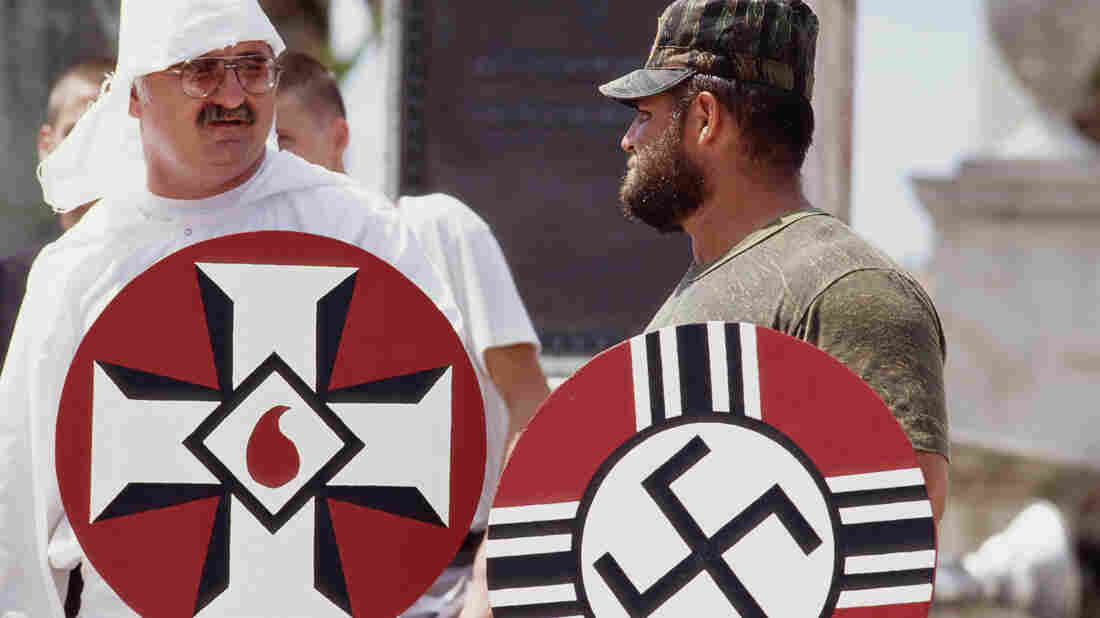 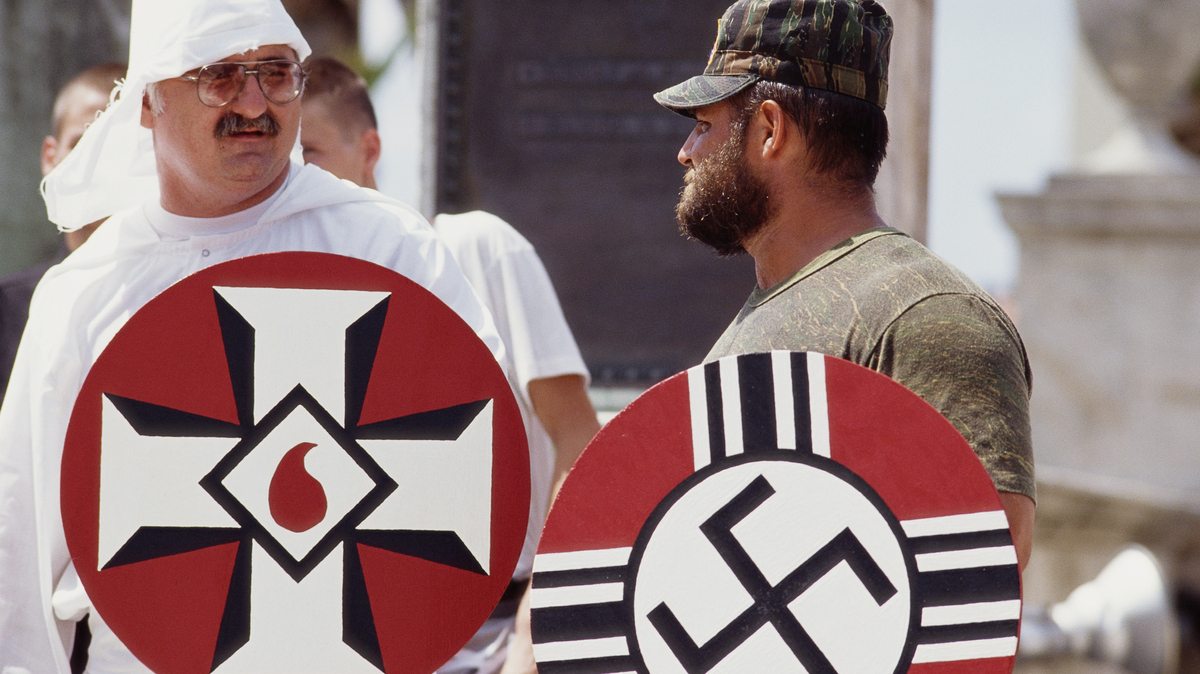 In Aug. 2017, many Americans were shocked to see neo-Nazis and members of the so called alt-right demonstrating in Charlottesville, Va. But author Kathleen Belew says the roots of the rally were actually decades in the making.

Belew, who has spent more than 10 years studying America's White Power movement, traces the movement's rise to the end of the Vietnam War, and the feeling among some "white power" veterans that the country had betrayed them.

"To be clear, I'm not arguing that this is at all representative of Vietnam veterans — this is a tiny, tiny percentage of returning veterans," Belew says. "But it is a large and instrumental number of people within the White Power movement — and they play really important roles in changing the course of movement action."

In her new book, Bring the War Home, Belew argues that as disparate racist groups came together, the movement's goal shifted from one of "vigilante activism" to something more wide-reaching: "It's aimed at unseating the federal government. ... It's aimed at undermining infrastructure and currency to foment race war."

On how the Vietnam War changed the White Power movement 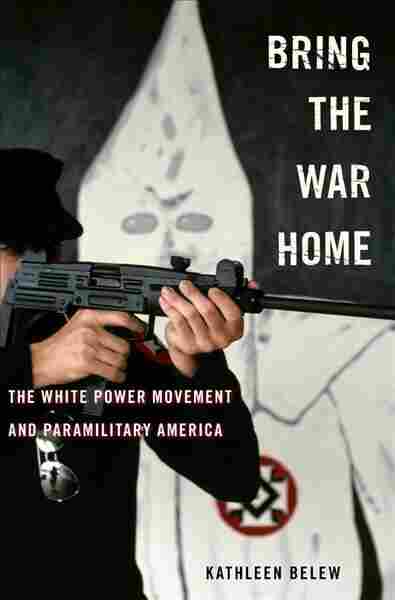 The Vietnam War narrative works first of all to unite people who had previously not been able to be in a room together and to have a shared sense of mission. So, for instance, Klansmen and neo-Nazis after World War II had a very difficult time aligning, because Klansmen tended to see neo-Nazis as enemies ... the people they were confronting in World War II. But after Vietnam they see common cause around their betrayal by the government and around the failed project of the Vietnam War. So that's one function.

Another function of the Vietnam War is to provide a narrative that shapes the violence itself, and this is partly material in that veterans who are trained in Vietnam War boot camps come back and create boot camps to train other White Power activists. People who didn't serve in Vietnam War combat even use U.S. Army training manuals and other kind of paramilitary infrastructure to shape White Power violence and they even choose Vietnam War issue weapons, uniforms and material and even obtain stolen military weapons to foment activism.

On the White Power movement turning on the state

The turn on the state happened in 1983. It happened at the Aryan Nations World Congress, which was a meeting of many different factions of the White Power movement and the thing that's important about this turn on the state is that it's openly anti-state for the first time in the 20th century. Prior Klan mobilizations had really been organized about maintaining the status quo or maintaining what historians would call "systemic power," which is to say, state power and all of the other kinds of power that are bound up in state power.

So if you think about the Klan in the 1920s, which is the example that most people are familiar with, it's very overtly and properly nationalist. ... It was out in the mainstream. It was very social. It was very overt. It was purported to be "for America" and their slogan indeed was "100 percent Americanism."

So fast forward to 1983, and we're looking at something completely different. This is now a coalition of united racist groups that is openly anti-government, that is focused on a transnational white nation and that is using texts and ideologies that call for an apocalyptic confrontation with everybody else.

On the White Power movement's early use of the Internet

The White Power movement pioneered some of the early Internet social network connection that we see now as early as 1983, '84, with a series of computer message boards that were password protected and not decrypted by the FBI for several years. ... It was called Liberty Net and it was founded in 1983, '84. Liberty Net was a series of computer message boards that put forward everything from common ideologies of the movement to personal ads to connect activists with one another and romantic and other kinds of social relationships to hit lists of targets for the movement violence. The movement matched that kind of activist with distribution of funds to buy computers, so there was a targeted effort to distribute the movement's resources around the country, so that everyone could get onto these early message boards.

One of the things that has happened just in the last few years is that this book has moved from being a niche story about political extremism to a book that has become really important to how we see the mainstream. ... Many people thought that they were living through a real progress moment of American history, and we had this idea, even as historians, of a "post-racial" moment, or a colorblind moment, or a multicultural moment. And I think what this story shows us is where overt racism went during the time that we thought of as peaceful and race-neutral. And that instead we were looking at this submerging and resurging story.

Sam Briger and Seth Kelley produced and edited this interview for broadcast. Bridget Bentz and Molly Seavy-Nesper adapted it for the Web.