Accessibility links
HUD Unveils Plan To Increase Rent On Millions Receiving Federal Housing Assistance Under HUD Secretary Ben Carson's proposal, some of the poorest families will see their rents triple. About 712,000 households would see rents jump to $150 per month. 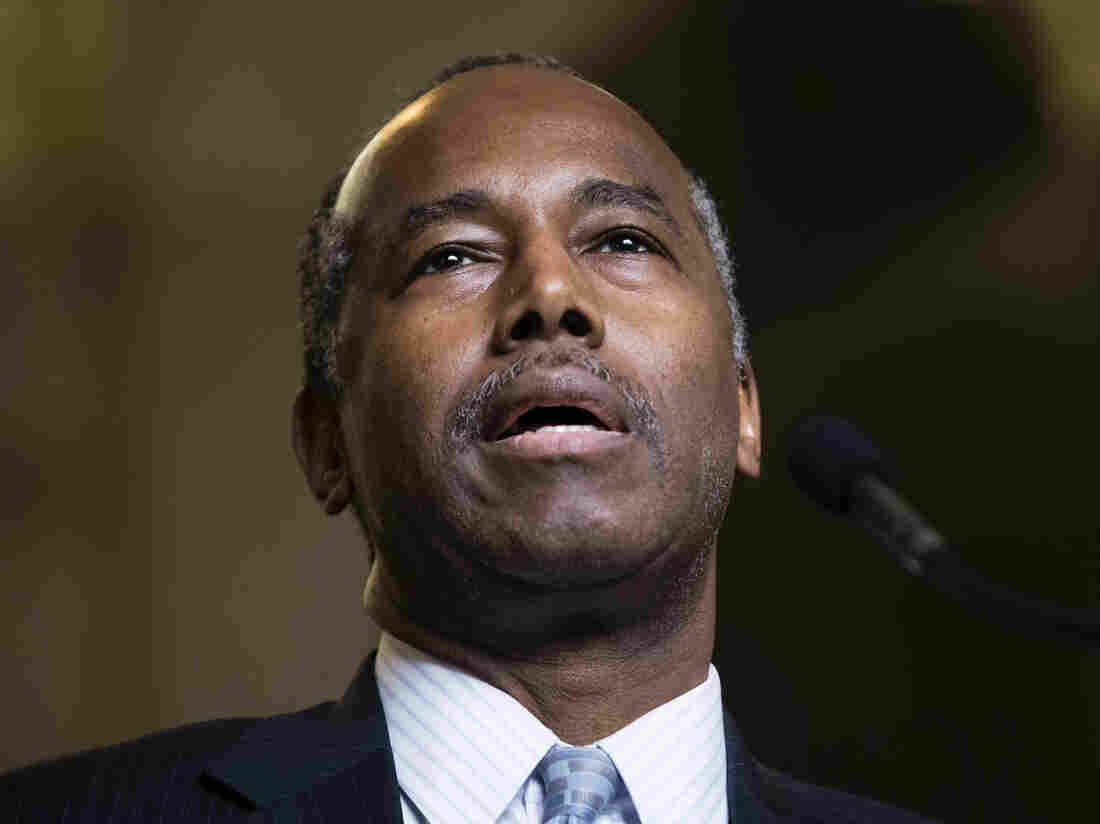 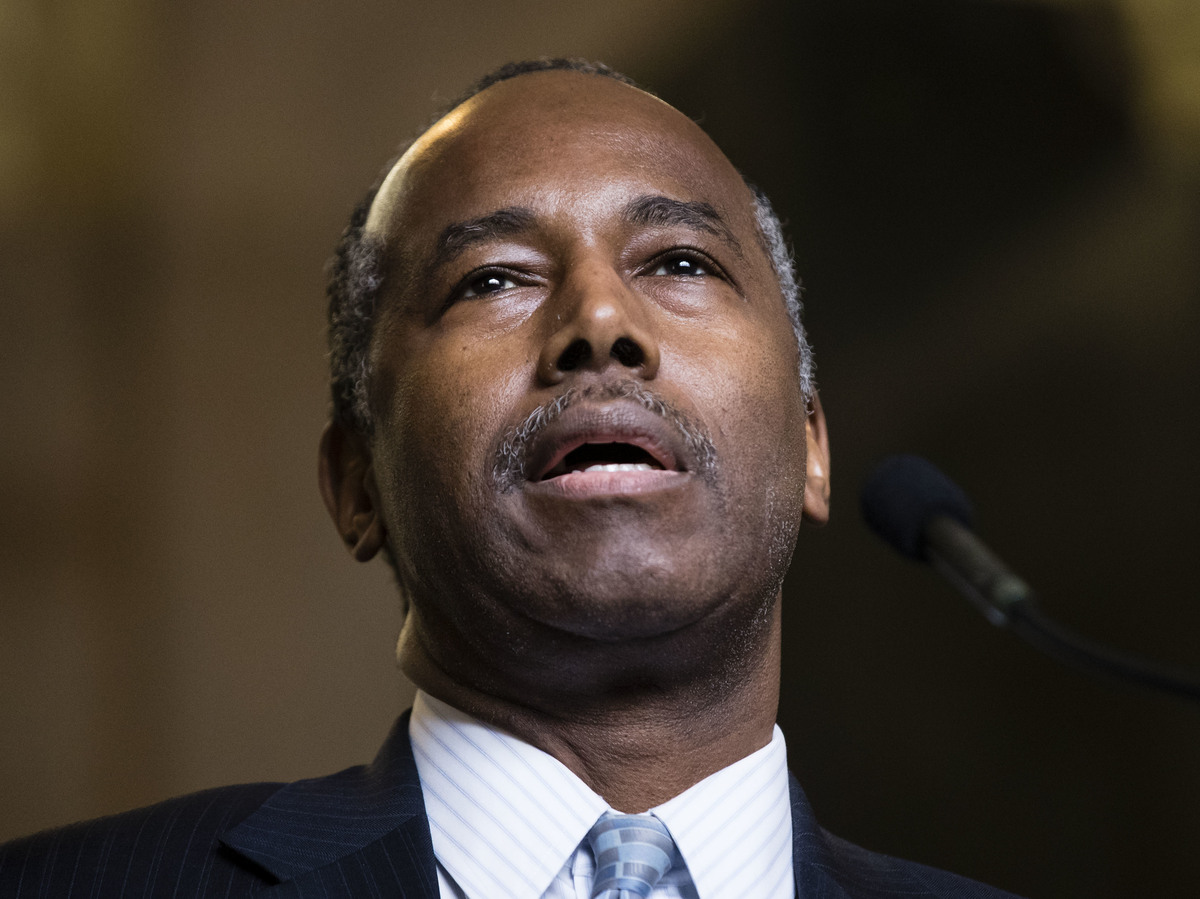 Housing and Urban Development Secretary Ben Carson wants Americans living on housing assistance to put more of their income toward rent and he wants to give public housing authorities the ability to impose work requirements on tenants.

Under current law, most tenants who get federal housing assistance pay 30 percent of their adjusted income toward rent, and the government kicks in the rest up to a certain amount.

According to the HUD plan unveiled Wednesday, the amount many renters would pay jumps to 35 percent of gross income.

In some cases, rental payments for some of the neediest families would triple, rising from a minimum of $50 per month to a minimum of $150, according to HUD officials. Some 712,000 households would see their rents jump to $150 per month under the proposal, the officials said.

The rent overhaul requires congressional approval. If passed, the changes in how rent is calculated could impact many of the 4.7 million families HUD helps to obtain affordable housing.

The proposal is part of the Trump administration's push to attach work requirements to government safety net programs.

Carson said the current way the department calculates a family's rental assistance is broken and outdated. Revamping rental policies would give property owners, housing authorities and residents a system that is "simpler, less invasive and more transparent."

"The way we calculate the level of assistance to our families is convoluted and creates perverse consequences, such as discouraging these families from earning more income and becoming self-sufficient," Carson told reporters on a conference call with reporters.

"Secretary Carson's immoral, ill-advised proposal is the latest example of the Trump administration's war on poor people," Richmond said in a statement.

"Thankfully this proposal would require Congressional approval before it can become law, and the Congressional Black Caucus will work with our colleagues in Congress to oppose it and other related measures," he said.

HUD officials said the proposal would not impact rents paid by those currently receiving federal subsidies who are 65 and older and those with disabilities, for the first six years. Officials say more than half of the families HUD serves are elderly and disabled.

Diane Yentel, president and CEO of the National Low Income Housing Coalition, called the HUD proposal "troubling." She said seniors could still be affected because the proposal also removes some income deductions that tenants could use to lower rents.

"The bill would actually increase rents for households that have high medical or child care expenses by eliminating income deductions for those costs. So the greatest burden of the rent increases would be felt by seniors, people with disabilities and families with young kids," Yentel said.

The changes would first be applied to "work-able people," which officials estimate could be around 2.3 million households.

The proposal also calls for verifying the income of those who receive subsidies less often — every three years instead of annually. Officials said this would allow tenants to work and earn more without encountering an immediate increase in rent.

And the proposal allows public housing agencies or property owners who rent to those with subsidies to establish minimum work or job training requirements for individuals and families. Those 65 years or older and those with disabilities would be exempt from this change.

Earlier this month President Trump issued an executive order directing the secretaries of labor, commerce, HUD and five other departments to "do everything within [their] authority to empower individuals by providing opportunities for work, including by investing in Federal programs that are effective at moving people into the workforce and out of poverty."