Accessibility links
Marvel Studios' Kevin Feige On The Future Of Marvel Movies The studio president tells NPR, "Black Panther will not be a one-off for us. ... Movies should represent the world in which they are made." Marvel's latest, Avengers: Infinity War, is out this week. 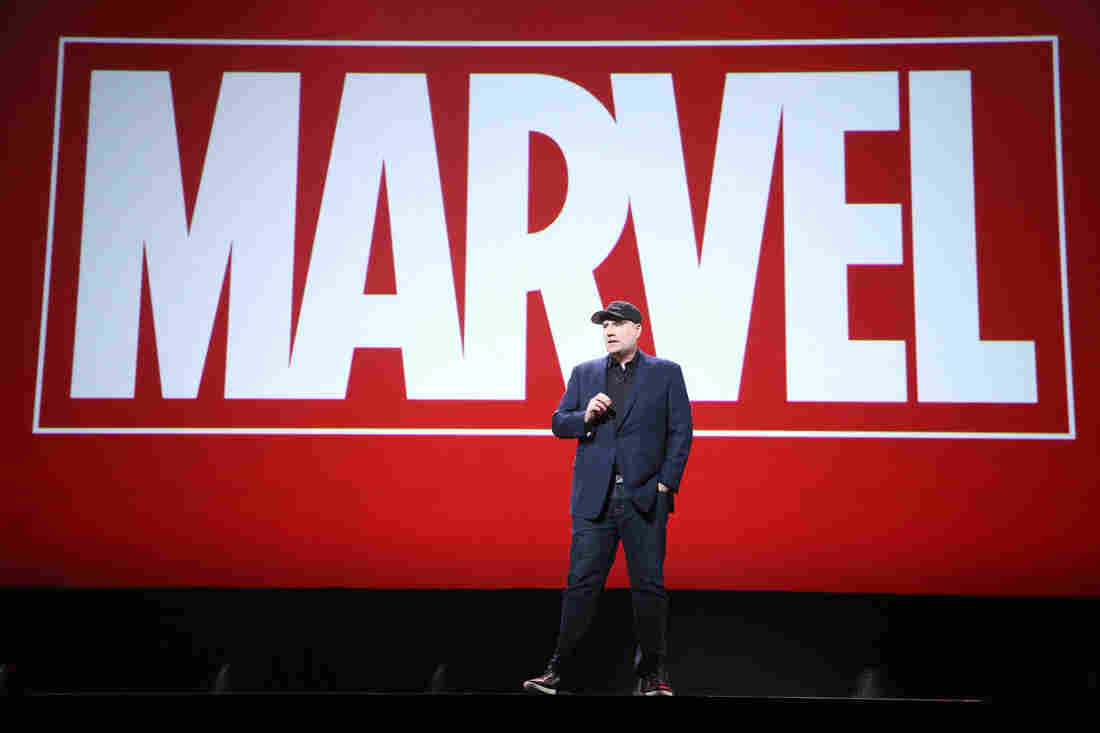 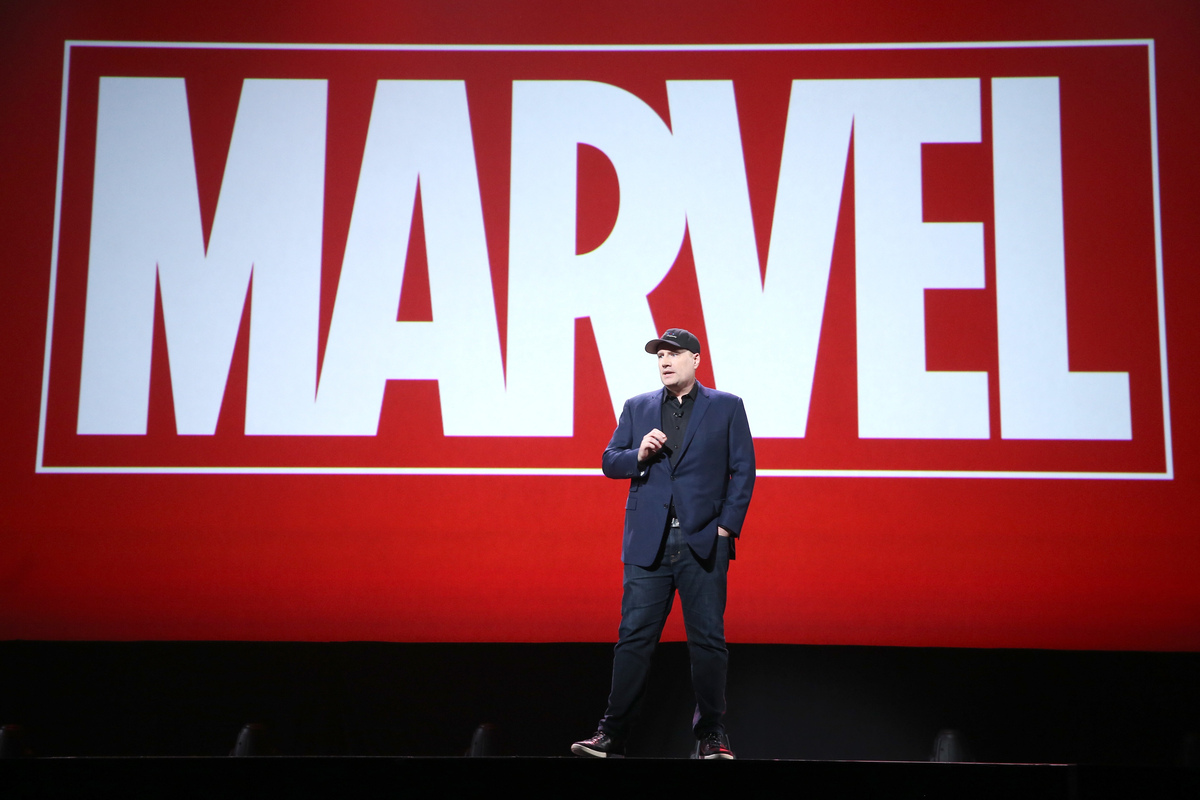 Kevin Feige runs the Marvel Cinematic Universe from his corner office at the Walt Disney Studios in Burbank, Calif. There, the president of Marvel Studios is surrounded by toys: Iron Man action figures (signed by director Jon Favreau) line the windows, Captain America's shield is framed on the wall and Thor's hammer rests on the coffee table. Before our interview, Feige puts his hand in a replica of Thanos' Infinity Gauntlet (which plays a central role in the new Avengers movie) — and chuckles like a big kid.

"All of us at Marvel Studios look at ourselves as fans first," he says. "That's what we were before we were filmmakers."

Over 18 years, Feige has produced a lot of Marvel movies. His credits start with the first X-Men in 2000, and go all the way through Avengers: Infinity War, out this week.

On the origins of the Marvel Cinematic Universe

[It comes] directly from the comic books, and the notion of a shared, ongoing, fictional narrative with characters inhabiting the same shared universe — which meant Spider-Man could pop up in Thor's comic, and Hulk could come running through the streets through an Iron Man comic. That is what was great about the Marvel Universe.

And up until 2008, that hadn't been possible in movies. I'd worked on a number of movies before we started Marvel Studios ... but all of them, in those movies, Spider-Man was the only hero in that world; the X-Men were the only heroes in that world; Daredevil; Fantastic Four. They inhabited a world where they were the single extraordinary element. And that really wasn't what the Marvel Universe was all about. It was about all of these characters, inhabiting the same world.

The key job of the directors we hire, of the writers we work with, of the actors that we hire and work with, is to make a character who seemingly isn't that relatable — a billionaire genius industrialist, a World War II soldier who'd been frozen in ice for 70 years, a Norse god. How do you make them relatable? That's the job. So as we work on each film, we try to find the humanity in them. A lot of that is right there in the comics to pull from. 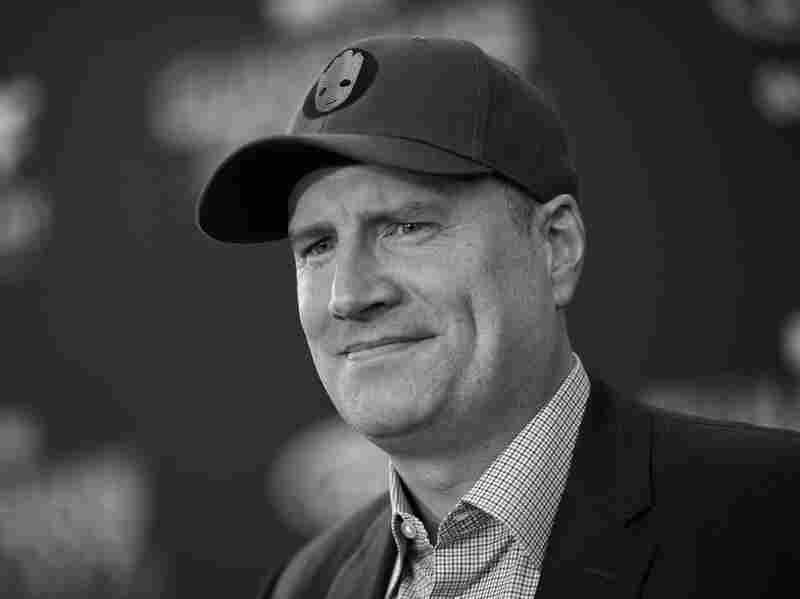 Feige (pictured here in 2017) says, "All of us at Marvel Studios look at ourselves as fans first. That's what we were before we were filmmakers." Charley Gallay/Getty Images for Disney hide caption 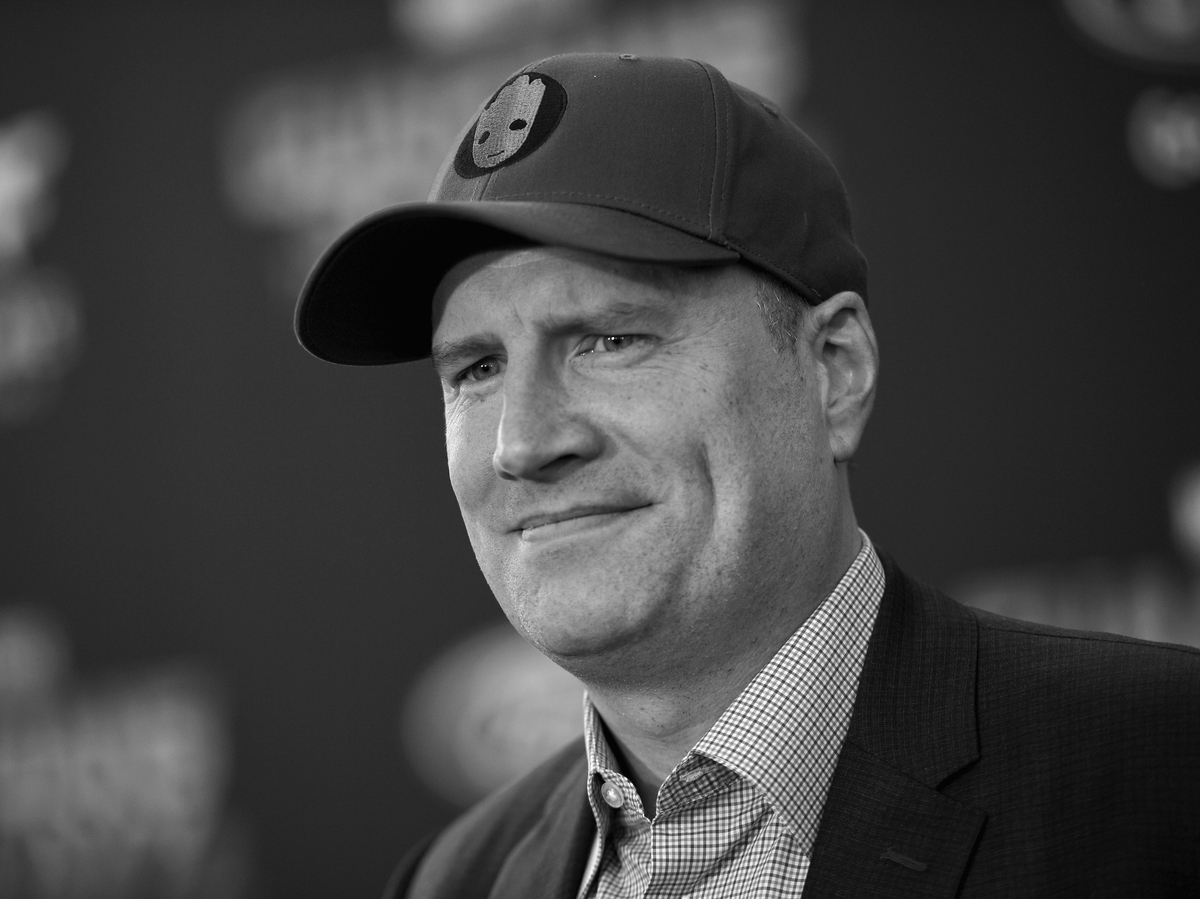 Feige (pictured here in 2017) says, "All of us at Marvel Studios look at ourselves as fans first. That's what we were before we were filmmakers."

But we start to find ourselves identifying with each one that we're making at the time, because that's how we believe the audience will as well. ... We try to instill a little bit of ourselves in all of them, in the hopes that the audience will then see themselves on the screen.

On how Marvel picks its auteur directors

It's a group decision within Marvel Studios. ... We knew how you could build a machine that could make something that looks really big and impressive. What we want and what we need the filmmakers to do ... [is] take those groups of artists who know how to do this amazing spectacle on a big canvas, and bring a very personal touch to it, and bring a unique vision to it.

And certainly most recently, with Black Panther, Ryan Coogler — 31-year-old filmmaking genius — was able to step in with us at Marvel Studios and answer questions he's been struggling with his whole life, and bring an extremely personal touch to that film, while at the same time having armored rhinos run across Wakandan fields and armies blast vibranium weapons at each other. ... What Taika Waititi did with the third Thor film was bring his very unique, very personal touch, which is what we wanted. ...

It's looking for people that, yes, share a love of what we are trying to accomplish. If there is a cynicism about "comic book movies" or "studio movies," we're not interested, because we're not cynical about it. And we think these movies can be the best movies being made, even with spaceships and even with capes and even with superpowers. So assuming we're on the same page in that regard, you look for people who have a unique viewpoint. And that might be from their upbringing, that might be where they're from, that might be the kind of questions they're asking in their own lives.

On raising the bar for diversity and women in film

"Black Panther" will not be a one-off for us — it will be the beginning of something we believe in very deeply ... which is the movies should represent the world in which they are made

I've said that Black Panther will not be a one-off for us — it will be the beginning of something we believe in very deeply, have always believed in, and that our bosses at the Walt Disney Company believe in and encourage, which is the movies should represent the world in which they are made, and should be made by people that exist in the world and that bring new stories to it. And boy does Black Panther showcase, beyond our wildest dreams, the best of what can happen.

On the future of Marvel movies

Right now, it's all about finishing what we started. We've got Infinity War coming out ... our 19th movie. Captain Marvel comes out early next year, followed by the fourth Avengers film, which remains untitled but will be a conclusion to everything that's come before it. Ant-Man comes out this July. So we have so much on our plate right now. We start filming the next Spider-Man movie for Sony in June, which connects directly to the end of Avengers four. Those movies are keeping us very busy. We, of course, are working on movies beyond that and have ideas beyond that. We're not talking about that yet. ...

One of my favorite things ... no matter how many movies we announce, people ask, "What about this one?" "What about that one?" ... In the case of Black Panther ... it is so gratifying to make a movie with somebody like Letitia Wright in the film playing Shuri. ... Before the opening of that movie, if you hadn't read a comic book, nobody knew who Shuri was. And literally the Monday after Panther opened, people started asking, "Where's the Shuri's movie? Are you going to do a Shuri movie?" That's the greatest thing in the world. Believe me, we think about all those things and we have plans for the characters. And that character, in particular, is one of many in Infinity War. ...

The notion of more female leads, more people of color leads, that is 100 percent the future — I think the future of all film, certainly the future of Marvel Studios films.