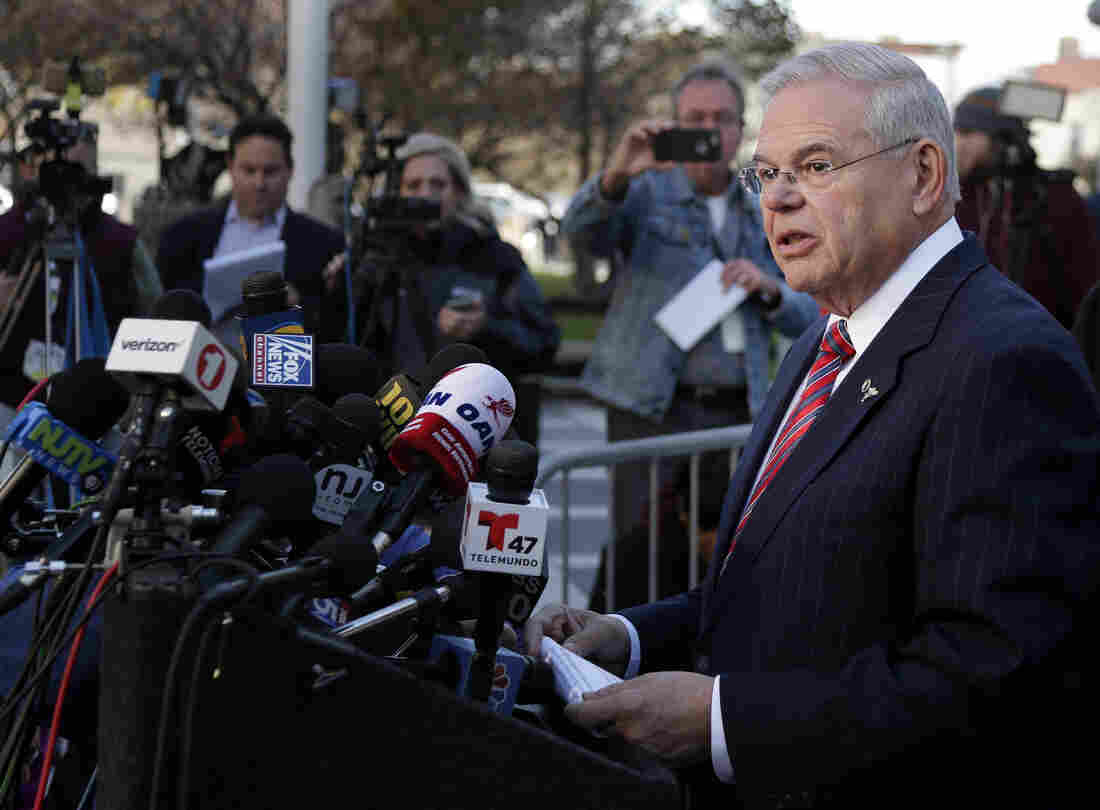 Sen. Bob Menendez, D-N.J., speaks to reporters in front of the courthouse in Newark, N.J., on Nov. 16, 2017. The federal bribery trial of Menendez ended in a mistrial when the jury said it was deadlocked on all charges against him. Seth Wenig/AP hide caption 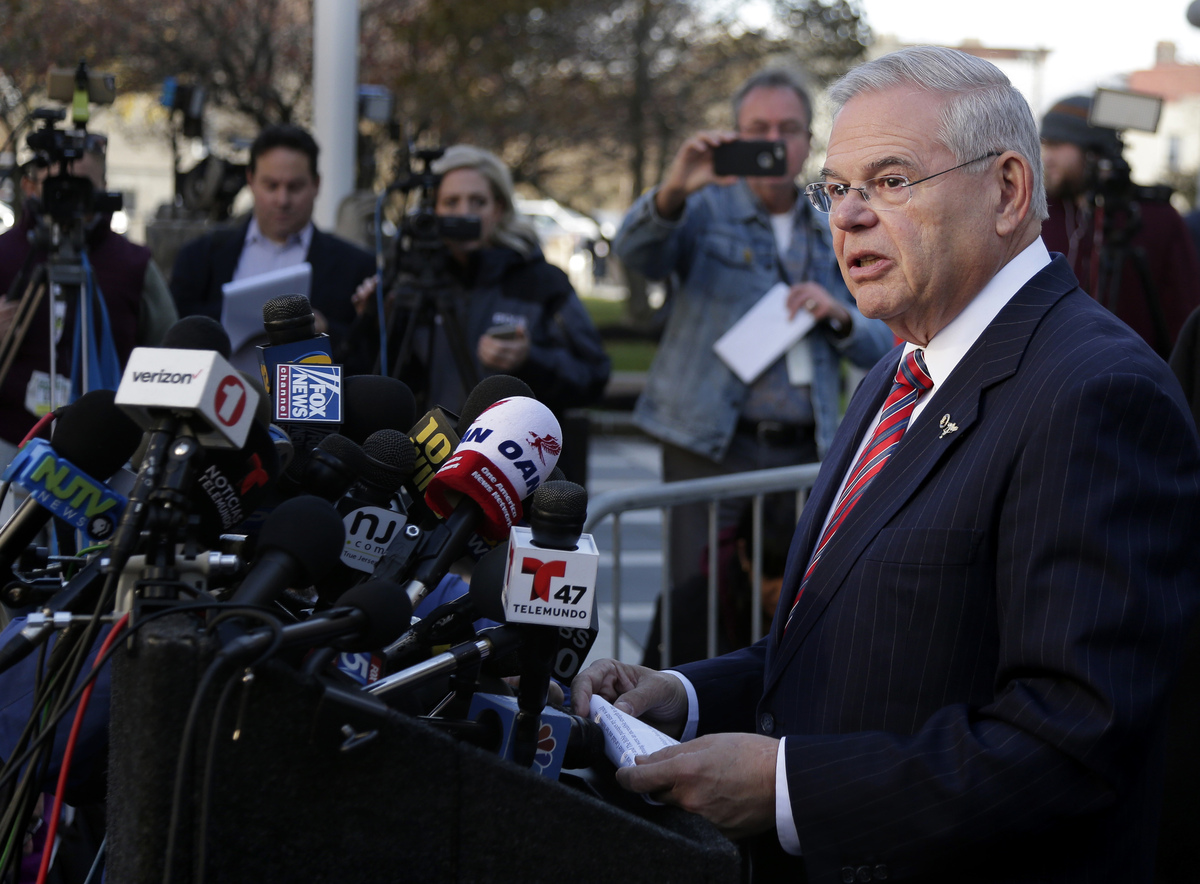 Sen. Bob Menendez, D-N.J., speaks to reporters in front of the courthouse in Newark, N.J., on Nov. 16, 2017. The federal bribery trial of Menendez ended in a mistrial when the jury said it was deadlocked on all charges against him.

The bipartisan Senate Ethics Committee unanimously issued a rare rebuke on Thursday, formally admonishing the senator for his conduct over a six-year period with his longtime friend and political ally Dr. Salomon Melgen.

The long-dormant panel — which had not issued a public release since 2012 — said Menendez brought discredit to the Senate and ordered him to repay all impermissible gifts and refile his financial disclosure reports to reflect repayment.

Menendez faced federal bribery and corruption charges stemming from his relationship with Melgen. Federal prosecutors alleged pay-to-play corruption, in which Melgen lavished gifts, trips and political donations on Menendez in exchange for political favors. The trial ended in mistrial last November, when jurors were unable to reach a verdict. The government case collapsed earlier this year and Menendez has resumed his place in the Senate, including his role as the top Democrat on the Senate Foreign Relations Committee.

In its verdict, the Senate Ethics Committee noted that his trial did not result in a conviction but found that Menendez's conduct ran afoul of what is proper for a U.S. senator. "The criminal system, however, neither enforces nor supplants the Senate's rules or standards of conduct, and the Committee's action stands independent from that result," the panel wrote.

Separately, Melgen was convicted of stealing $73 million from Medicare and sentenced to 17 years in prison in February.

Thursday's admonishment was the first formal action taken by the Senate Ethics Committee in six years, a fact that has often led to criticism that the panel lacks rigorous oversight of senators' conduct. The last senator to receive a formal admonishment from the panel was Sen. Tom Coburn, R-Okla., in 2012.

Menendez is running for re-election this November in a state that is reliably Democratic, but Senate Republicans see an opportunity to use this ethics admonishment against him in the 2018 campaign.

"Bob Menendez's scandalous conduct laid out in this letter should outrage every New Jersey voter," said Bob Salera, a spokesman for the Senate GOP's 2018 campaign operation, in a statement. Republicans are rallying around former pharmaceutical executive Bob Hugin as their likely candidate. "Elect a Senator New Jersey can be proud of," reads his campaign website.