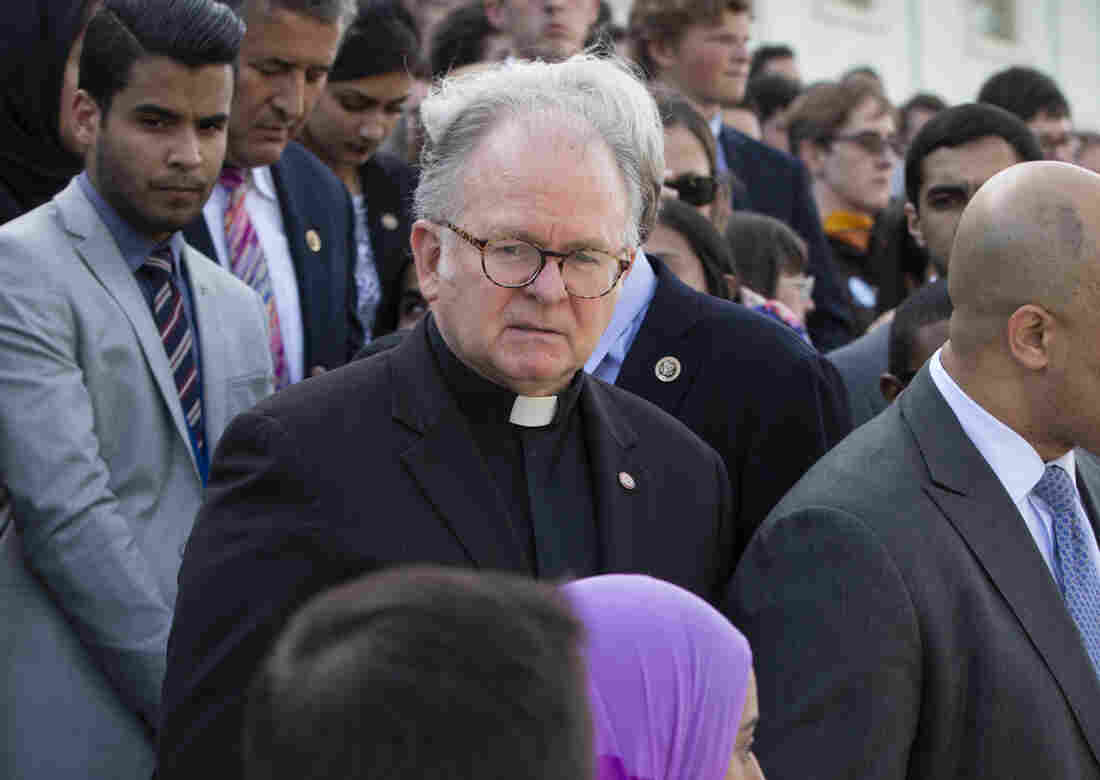 In his resignation letter to House Speaker Paul Ryan, the Rev. Patrick Conroy noted that he was stepping down "as you have requested" and has since made it clear that he had no interest in leaving Capitol Hill. J. Scott Applewhite/AP hide caption 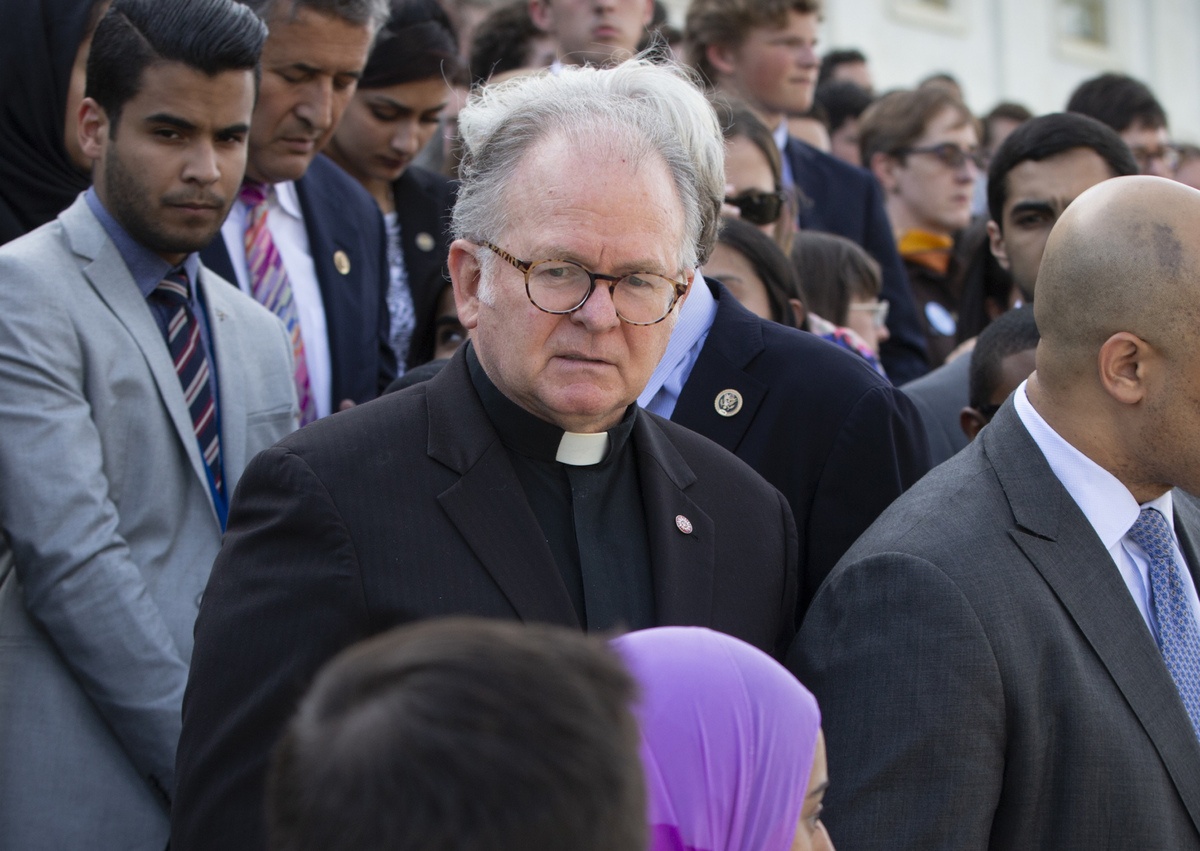 In his resignation letter to House Speaker Paul Ryan, the Rev. Patrick Conroy noted that he was stepping down "as you have requested" and has since made it clear that he had no interest in leaving Capitol Hill.

House Speaker Paul Ryan fired the House chaplain two weeks ago, sparking a slow-motion series of events that erupted on the floor Friday and now threatens a bitter religious-freedom debate in Congress in the weeks ahead.

House Democrats led by Rep. Joe Crowley, D-N.Y., forced a vote Friday to try to establish an investigative panel to look into Ryan's decision to fire the Rev. Patrick Conroy, a Jesuit priest who has served as House chaplain since 2011. Republicans successfully tabled the motion, but the floor fight was an indication that the circumstances surrounding the firing are a growing matter of concern on Capitol Hill.

"The speaker made the decision he believes to be in the best interest of the House, and he remains grateful for Father Conroy's many years of service," Ryan spokeswoman AshLee Strong said in a Friday statement.

House Minority Leader Nancy Pelosi blasted the speaker in an unusually harsh statement. "His abrupt, unjust dismissal is hard to understand and impossible to support," she said. "I have expressed my forceful disagreement with this decision to the speaker."

Ryan, Pelosi and Crowley are all Catholic. Both the House and the Senate have full-time chaplains who preside over the opening sessions of each chamber and offer daily prayers when Congress is in session. The chaplain also provides counsel to the House community, and the post is confirmed at the start of each two-year Congress.

Ryan's office first announced Conroy would "step down" in an April 16 statement that received little notice at the time. "As chaplain, Father Conroy has been a great source of strength and support to our community," Ryan said on April 16. "He is deeply admired by members and staff. Father Conroy's ministry here has made a difference, and we are all very grateful to him."

The speaker said he would consult with Pelosi "in the coming weeks" on Conroy's successor.

However, in his resignation letter, Conroy noted that he was stepping down "as you have requested" and has since made clear that he had no interest in leaving Capitol Hill.

Conroy and his assistant declined to comment to NPR on his firing, but Conroy told The New York Times on Thursday that he was "unclear" as to the reasoning behind his dismissal. His comments fueled Democrats' speculation on Capitol Hill that it was over the political tone in his prayers. Conroy told the Times that Ryan said to him, "Padre, you just got to stay out of politics."

Veterans Affairs In Limbo After Jackson Withdraws As Nominee

The speaker's office has not offered a detailed explanation of his decision to fire Conroy, but at a meeting with House Republicans on Friday morning, he disputed allegations that it was politically motivated. His explanation didn't assure all Republicans, either.

"To me it was an unsatisfactory answer," Rep. Peter King, R-N.Y., told CNN. "It is such an unprecedented action to only be taken for very, very serious issues. And the speaker said it was just because certain people said he was not complying with their request or was not giving good counsel. I never heard that from anyone. Anyone who I know who deals with him has the highest regard for him."

The murkiness has led to allegations from Democrats, which Ryan has further denied, that the decision involved in part a November prayer on the House floor in which Conroy appeared to criticize the GOP's tax cut legislation and included the line: "May their efforts these days guarantee that there are not winners and losers under new tax laws, but benefits balanced and shared by all Americans."

There are also reports that some lawmakers were dissatisfied with his service, but no one has stepped forward to criticize Conroy. Pelosi disputed that members on her side of the aisle ever voiced opposition to the chaplain. "During Father Conroy's entire service, I've never received a complaint from our members about him pastoring to the needs of the House," she said Friday.

Congress adjourned Friday for a weeklong recess. There is no firm timetable on finding Conroy's replacement. He will remain in the job until late May and continues to offer the opening prayer each day when the House goes into session. "As the members of this people's House deliberate these days, give them the wisdom and magnanimity to lay aside what might divide us as a people to forge a secure future for our country," he prayed Friday morning.