Accessibility links
Not My Job: We Quiz H. Jon Benjamin, Voice Of 'Archer,' On Archery If you've noticed that Sterling Archer of the animated Bond parody Archer and Bob Belcher of the animated family sitcom Bob's Burgers sound oddly alike that's because Benjamin is behind them both. 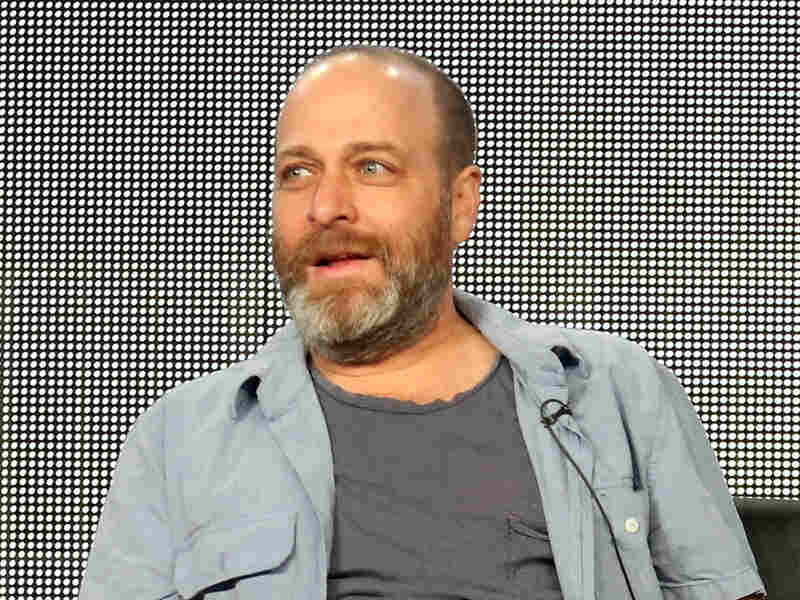 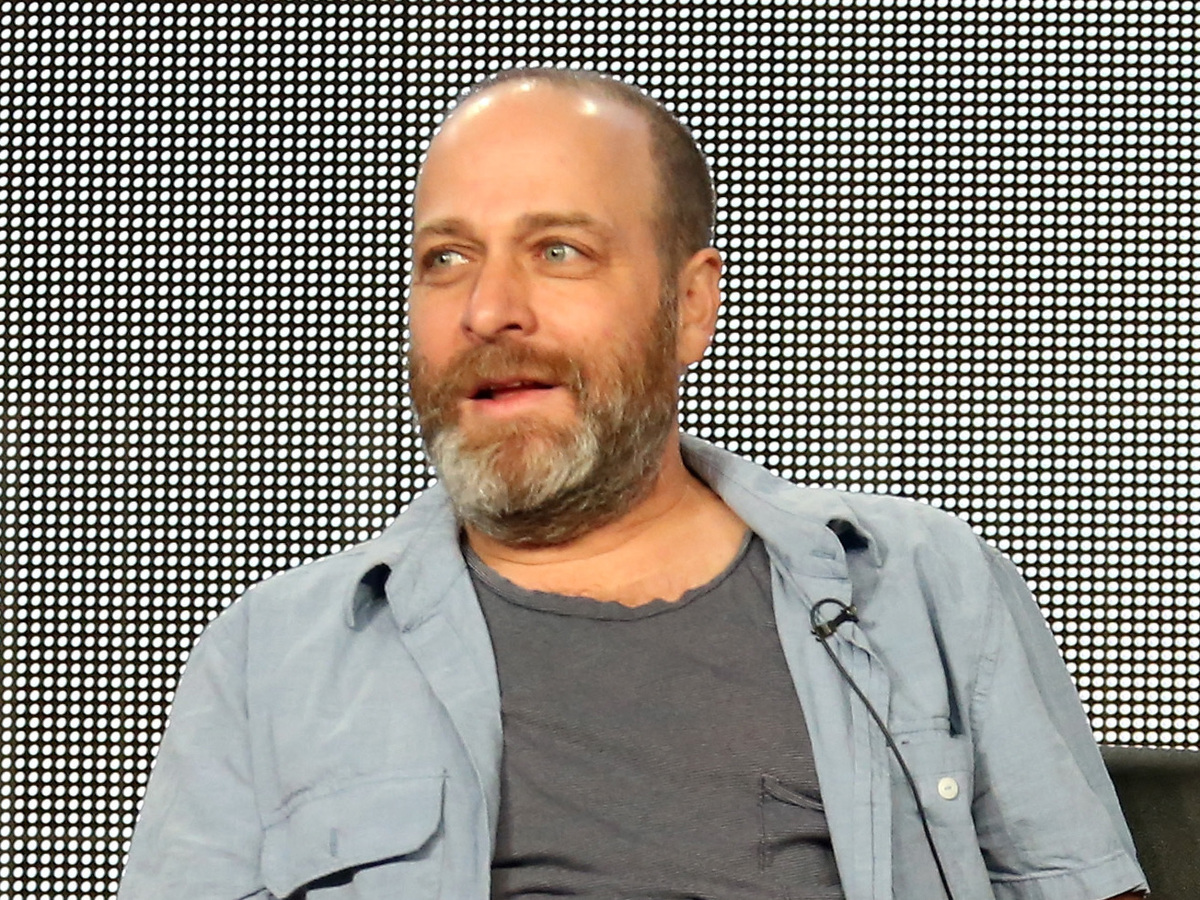 If you've ever noticed that Sterling Archer of the animated Bond parody Archer and Bob Belcher of the animated family sitcom Bob's Burgers sound oddly alike that's because actor and comedian H. Jon Benjamin is behind them both. He's written a new memoir (or, as he calls it, an "attempted memoir") titled Failure Is an Option.

And now the game where we ask people we've heard of about things they've never heard of. It's called Not My Job. Maybe you're one of the millions of people who love "Archer," the raunchy animated James Bond parody, or maybe you're one of the millions who love "Bob's Burgers," the sweet animated family sitcom. But if you're one of the people who watches both shows, you realize that both title characters sound strangely alike. That's because they're both performed by H. Jon Benjamin, an actor and comedian who joins us now. Jon Benjamin, welcome to WAIT WAIT... DON'T TELL ME.

H. JON BENJAMIN: Thank you for having me.

SAGAL: Well, as it turns out, Jon, you have played - I don't know. I was trying to count. I don't know how many characters you've played on animated shows.

SAGAL: Do you know?

SAGAL: That's one of the reasons it's so impressive. You have a book called "Failure Is An Option." And I read this book...

PAULA POUNDSTONE: It's a great name.

SAGAL: ...And it's a charming and funny book, and it's about all the times you have failed.

SAGAL: You do not explain, though, how you succeeded in becoming one of the most popular voice actors in modern animation. Do you know how that happened?

BENJAMIN: (Laughter) I don't know. I had to avoid that story because of the title.

SAGAL: Well, what's funny - this is what's funny is because Archer is not a nice person in a very, very funny way. He's got every flaw you can imagine. But Bob on "Bob's Burgers" is actually a really nice guy.

BENJAMIN: Yeah. I mean, I think it sort of does follow the currents of my life. I started as Archer, and now I'm a little more Bob, so...

SAGAL: You're a little more Bob.

SAGAL: And I'm just going to say this. They sound exactly alike.

BENJAMIN: I mean, I don't think you're hearing the subtle differences.

SAGAL: Could you demonstrate? (Laughter) 'Cause you...

SAGAL: All right. Go for it.

BENJAMIN: OK. Give me the quote.

BENJAMIN: OK. That's a good one.

BENJAMIN: (As Sterling Archer) I would like a strawberry milkshake and an apple pie.

BRIAN BABYLON: Who was that?

SAGAL: Who was that? Was that Archer or was that Bob?

BENJAMIN: Well, you should guess.

BENJAMIN: That was. That was Archer.

SAGAL: I want a strawberry milkshake and an apple pie.

SAGAL: I see that.

SAGAL: ...Ever happen to you? You're ordering a pizza and people go, wait a minute.

BENJAMIN: Sometimes that does happen - very infrequently. But I - at my local Starbucks, I don't know if everybody's familiar with "Archer," but there's a running gag where he calls out to one of his co-workers, whose name is Lana, who is his girlfriend. At my Starbucks, the barista was named Lana.

BENJAMIN: So the running gag in "Archer" is I go - I am always calling out, Lana. (As Sterling Archer) Lana. Lana.

BENJAMIN: And for years, I did that to my Starbucks barista.

SAGAL: And was she amused?

BENJAMIN: She was just, like, totally flummoxed by why I was yelling.

POUNDSTONE: Did she know why you were doing it?

SAGAL: So she didn't know why you were doing this. You were just shouting her name.

SAGAL: So OK. What happened?

BENJAMIN: Well, I would do it every time, but it would always culminate with me saying, I'll have a tea.

BENJAMIN: And then, I - say, like, about a year and a half ago, I went in, and she was like, I watched your show.

BENJAMIN: You've been doing that for two years.

SAGAL: So, Jon, you've written a book. It's called "Failure Is An Option."

SAGAL: And it is a memoir of all the times you have failed.

BENJAMIN: Well, I had to leave out a ton of stories.

SAGAL: I don't remember if it actually tells the story about failing at it, but one of the things you're not any good at is music...

SAGAL: ...Which did not prevent you from releasing a jazz album...

SAGAL: ...Which is called - I think it's called, "Well, I Should Have Learned To Play The Piano." Is that what it's called?

BENJAMIN: That is exactly what it's called, yeah.

BENJAMIN: It was just sort of a - (laughter) it was just an idea I had - a concept I had. And I hired a bunch of professional jazz musicians who - and then met them at a recording studio, who then proceeded to find out that I can't play piano.

SAGAL: All right. So you decided you want to put out a jazz album. I understand. I would like to do that as well. But you have no musical talent.

SAGAL: So you hired a bunch of actual musicians. You got a studio. You sat them down. And then what did you do?

SAGAL: So you just sat at the piano.

BENJAMIN: I sat at the piano, and I - when they kind of nodded over to me, I, like, just hit some keys a lot.

SAGAL: Well, I'm sure our audience is wondering what that must have sounded like. And we actually have a sample. So this is...

SAGAL: This is H. Jon Benjamin's jazz record, "Well, I Should Have Learned To Play The Piano." Here we go.

SAGAL: As you were doing this with these professional jazz musicians, did their level of rage and indignation...

BENJAMIN: It was like a - I mean, it started that way, and then it was like a simmer. So...

BENJAMIN: They kind of got into it.

BENJAMIN: Like, we met in the middle at some point.

POUNDSTONE: Oh, you know what would've been great is stay with me.

SAGAL: Well, Jon Benjamin, it is a delight to talk to you, but we have asked you here today to play a game that this time, we're calling...

SAGAL: So you play Archer, super spy, so we thought we'd ask you about archery, super sport.

SAGAL: Answer two out of these three questions about archery, you'll win our prize for one of our listeners. Bill, who's Jon Benjamin playing for?

SAGAL: All right. You ready for this, Jon?

SAGAL: All right. First question. As it happens, archery is the national sport of the nation of Bhutan, but they do it under special Bhutan rules, which includes what little quirk? A, competitors are allowed to attempt to catch the opponent's arrow, in which case they automatically win; B, you are allowed to trash talk your opponent while she tries to shoot, or C, in the case of a tie, the competitors shoot at each other as a tiebreaker?

BENJAMIN: I'm going to go with A.

SAGAL: You're going to go with A, that if you can reach out and snag the arrow out of the air, you automatically win?

SAGAL: No. It was actually B. You're allowed to trash talk your opponent.

SAGAL: ...You're allowed to trash talk your opponent, and you can even stand near the target and wave around and try to distract them.

SAGAL: Although, that strikes me as dangerous.

SAGAL: All right. Next question. Recently, a father in Vietnam used his bow and arrow to bring fame to his family. How? A, he won Mr. Vietnam by ballroom dancing with a bow as his partner during the talent competition...

SAGAL: ...Or C, his Halloween costume design went viral when he dressed his older daughter as a fully functional bow, and she could fling his younger daughter, who was dressed as an arrow?

BENJAMIN: (Laughter) Well, C is insane. B is radically dangerous, so I'll go with A.

SAGAL: You're going to go with A, that he won the Mr. Vietnam competition by ballroom dancing with a bow as his partner?

BENJAMIN: Oh, so you're definitely cluing me in that it's not A.

BENJAMIN: All right. I'll go with B, then.

SAGAL: ...His son's tooth to an arrow, shot the arrow in the air.

So here's your last question, Jon. Sometimes archery can be used for practical purposes, as in which of these incidents? A, retired Olympic archer Darrell Pace is hired by Macy's to help deflate parade balloons after the Thanksgiving Day Parade by shooting them; B, a man in Washington state used a bow and arrow to shoot a bag of marijuana into a jail for some friends there...

SAGAL: ...Or C, a woman in Montana was last seen shooting down a bag of chips from the top shelf at a grocery store?

BENJAMIN: I think I'll go with B.

POUNDSTONE: There you go.

SAGAL: The guy was caught after he shot the pot into the jail with an arrow. He said he was just trying to shoot a squirrel, about which the sheriff said he had no explanation as to why squirrel hunting requires attaching marijuana to an arrow.

SAGAL: Bill, how did Jon Benjamin do on our quiz?

SAGAL: H. Jon Benjamin is the star of "Bob's Burgers" and "Archer." His new memoir, "Failure Is An Option," is out on the 1 of May. He is on a book tour now. Jon Benjamin, thank you so much for joining us.

SAGAL: In just a minute, Bill hosts the world's worst dinner party in the Listener Limerick Challenge. Call 1-888-WAITWAIT to join us on the air. We'll be back in a minute with more of WAIT WAIT... DON'T TELL ME from NPR.