Accessibility links
A New Approach To Incarceration In The U.S.: Responsibility Authorities in Massachusetts want to cut the recidivism rate for men ages 18 to 24. They're trying a new program based on a German model that teaches responsibility as a means to greater freedoms. 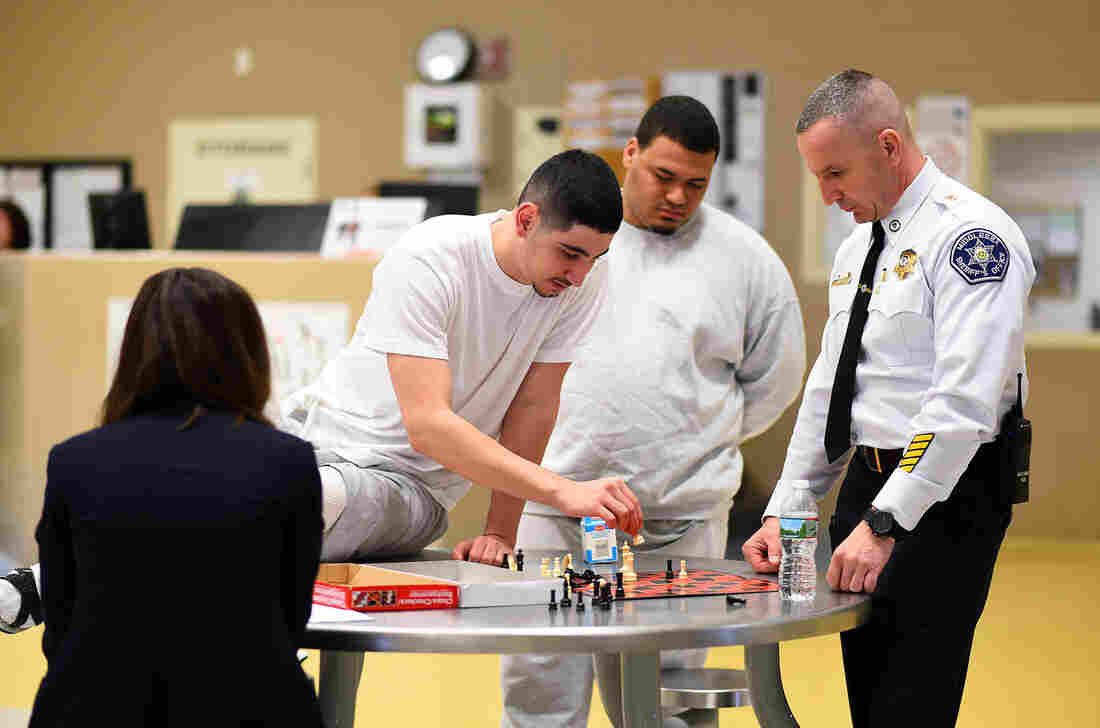 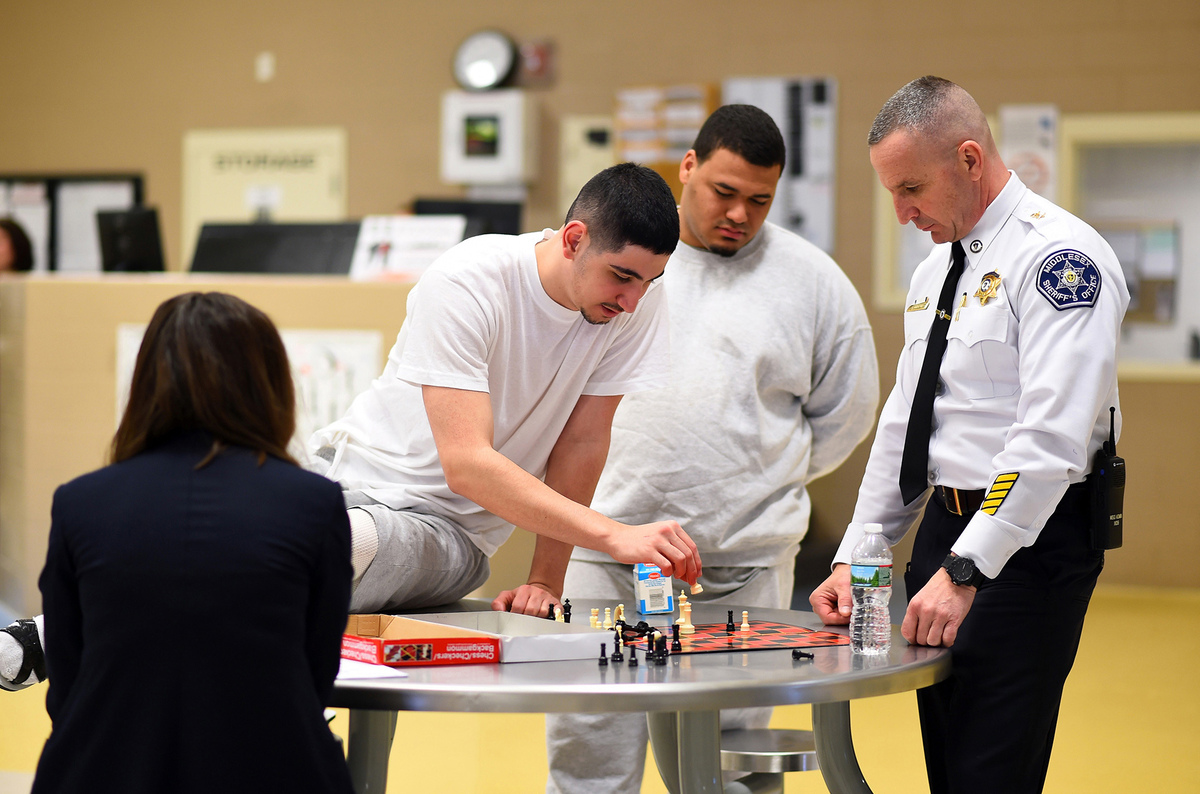 In Massachusetts, over half of young adult men released from jails and prisons go back within three years. The state's largest county wants to disrupt that cycle by teaching responsibility.

In Billerica, a suburb northwest of Boston, a select group of inmates at the Middlesex House of Correction and Jail are at this effort's forefront. They're part of the People Achieving Change Together, or P.A.C.T. unit — a program designed specifically for 18- to 24-year-olds who want to make sure that this period of incarceration is their last, like 22-year-old Eric Darden. 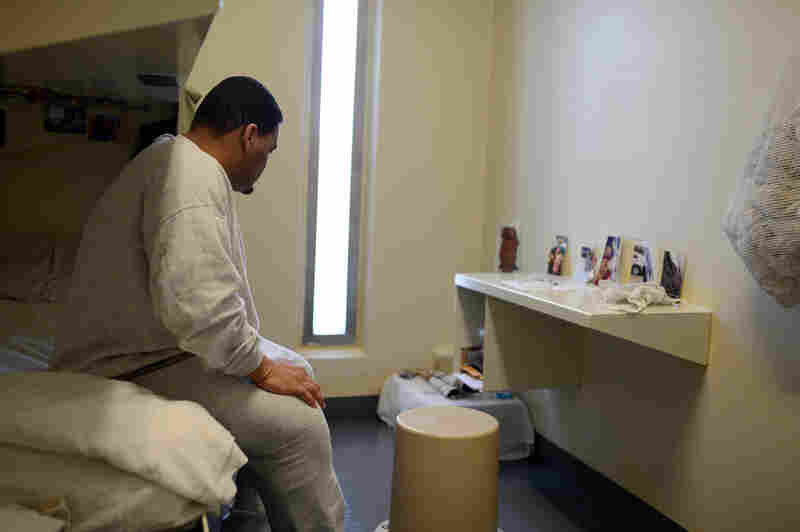 "I just kinda want to break the cycle and try to be better instead of coming back," said Darden, who is finishing up a two-year sentence for armed robbery and assault and battery.

Inmates in the P.A.C.T. program reside in the prison's top floor, where the unspoken rules of jail politics fall by the wayside. Inmates and corrections officers have more relaxed, friendly relationships. The floor has a barber shop, a library and a meditation room, and its cell doors stay open all day until 9 p.m. or later.

Besides having a cell all to himself, Darden says the atmosphere in the P.A.C.T unit is distinctly different from the rest of the jail. In his last cell block, he'd always been on guard. Here, he says, "you don't have to worry about looking over your back. If you have a situation, you can talk about it instead of someone trying to hype it up."

At first, the idea of putting many young inmates in one block was something Assistant Deputy Superintendent Scot Chaput didn't want to do. 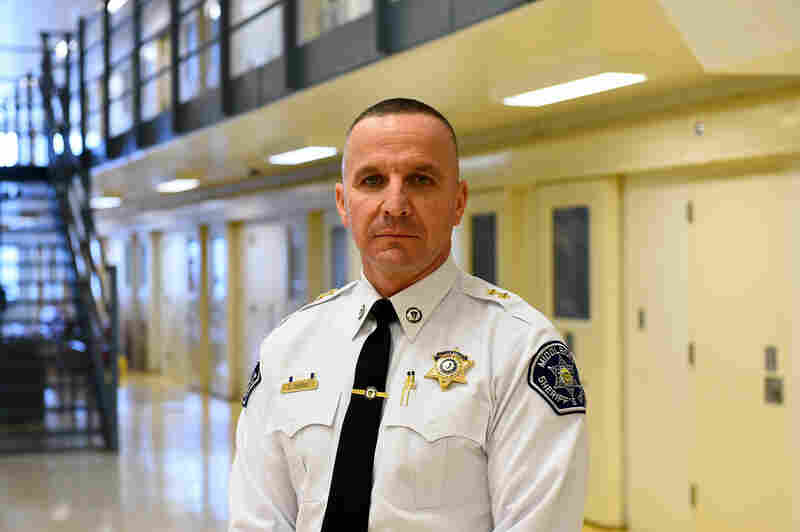 "I thought [the plan] was totally crazy," he said. "Most of our discipline is with that age group ... there's fighting, just refusing to do things."

The crazy idea belonged to Middlesex County Sheriff Peter Koutoujian. Tired of seeing the same people cycle in and out of his jail, he and his office partnered with the Vera Institute of Justice, a research and reform group. The institute pointed to Germany's prison system, which for the last few decades has prioritized the rehabilitation and resocialization of its inmates. Koutoujian wanted to give this philosophy a try.

Inmates in the P.A.C.T. unit load up on grown-up responsibilities and obligations, including mandatory anger management meetings, sessions with therapists and reporting to work or class every day. They also get more phone privileges and are even permitted to sit with family during visits. 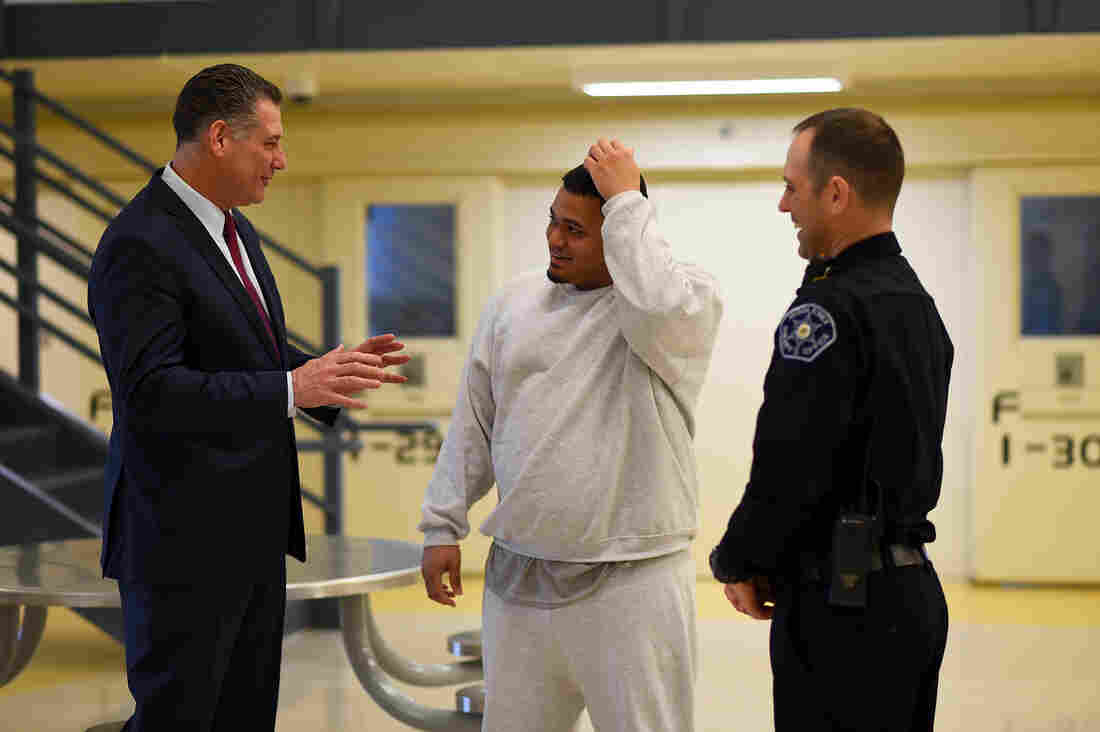 "Everything about this unit is designed in a way to prepare them for re-entry by giving them some of the skill sets that they didn't have and some of the introspection they never had," Koutoujian said.

He and others who support the program are motivated by scientific research. Studies show brain development continues into a person's mid-20s — meaning early-intervention programs like these can make a big difference in rehabilitation.

"For these young men who are in a very significant part of their lives where change can be profound, you need to make sure that you're replicating what life will be on the outside. Otherwise they'll never be able to re-engage," Koutoujian said. 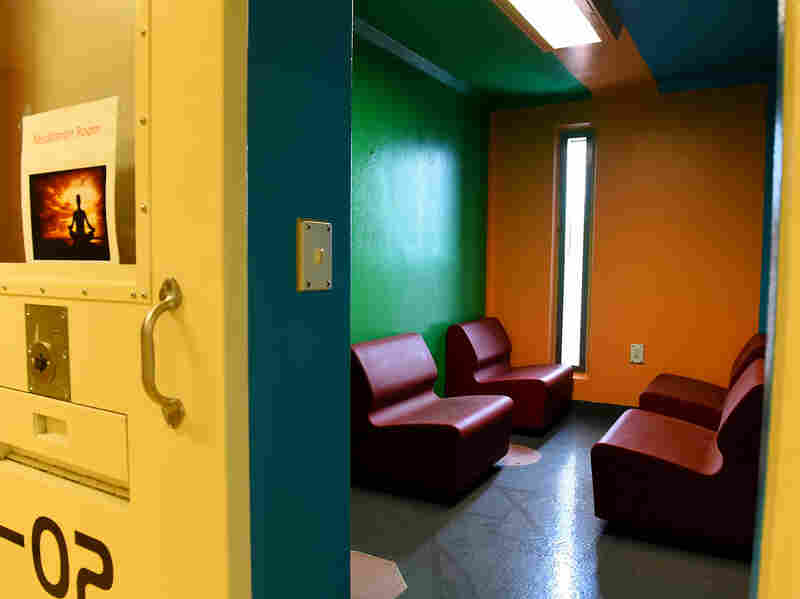 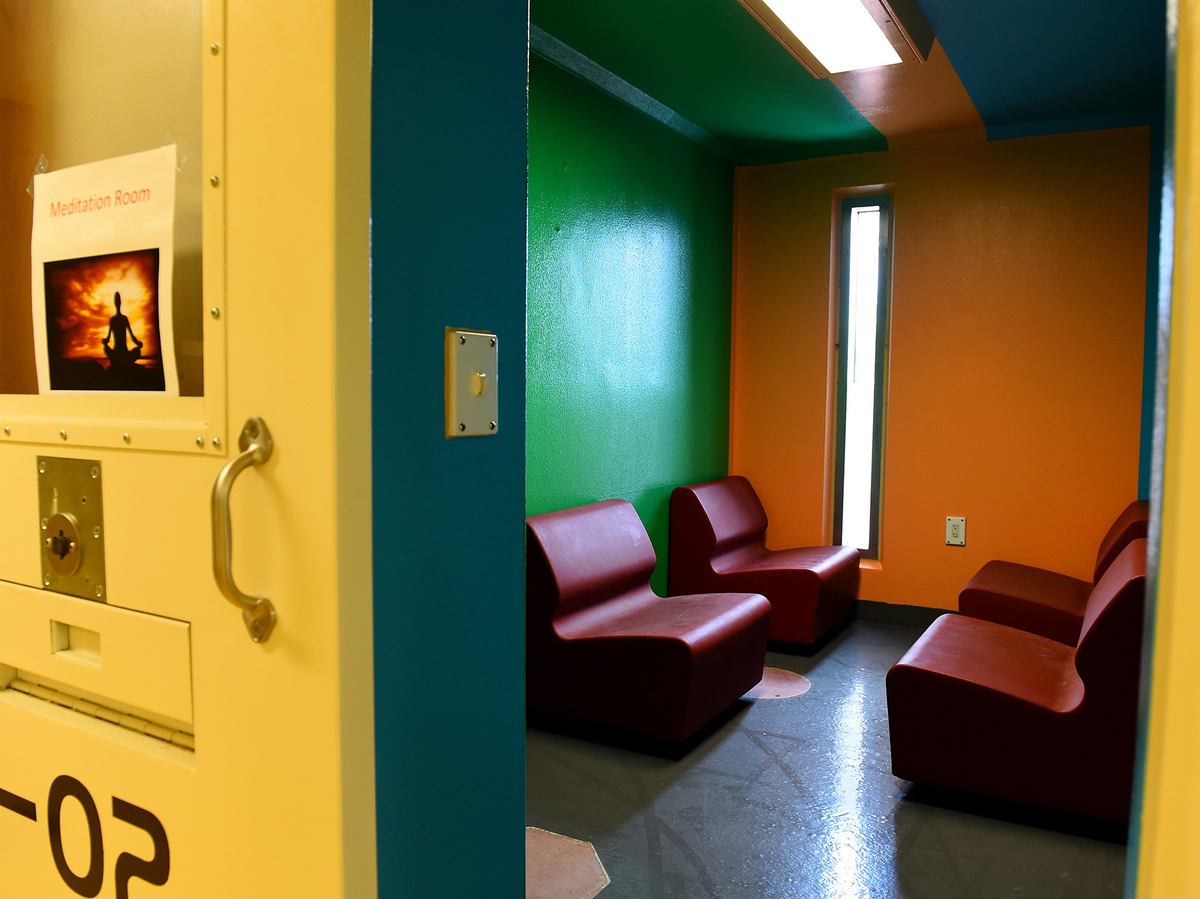 The Vera Institute's Alexandra Frank is one of the key players in helping prisons replicate life on the outside. Doing so might be uncomfortable at first, she says.

"It might feel like a risk," Frank said. "At this juncture in the U.S., I think it's a leap that more and more systems are willing to take."

Not all sheriffs agree with Frank. In Bristol County, Mass., Sheriff Thomas Hodgson is known for a stricter approach. In 2017, he replaced in-person visits last year with video conferencing. The sheriff believes that the best way to keep rates of reoffense down is to prevent at-risk youth from getting into trouble in the first place.

"I think it's great that this experimental unit is being tried," Hodgson said. "But I believe if we want to stop this cycle of recidivism and increased dysfunction of people coming into jail, it takes a lot more time to change people who are so far down the road."

That change may not be as hard to achieve as he thinks; Connecticut launched the nation's first young adult unit over a year ago, and there's been zero reports of fights in the unit since its inception. The state will open two more of these units, including one in a women's prison.

Other jurisdictions across the country want in on programs emphasizing rehabilitation and resocialization, too. Seven are currently on the Vera Institute's waiting list.

Charging Youths As Adults Can Be A 'Cruel Wake-Up Call.' Is There Another Way?

A previous Web version of this story incorrectly identified Alexandra Frank as a man.