Accessibility links
'Wild Wild Country': On One Hand, And On The Other Hand, Too The Netflix documentary series about the Oregon Rajneeshi community that clashed with local and state government suggests there's no real answer to who was right that's entirely satisfactory. 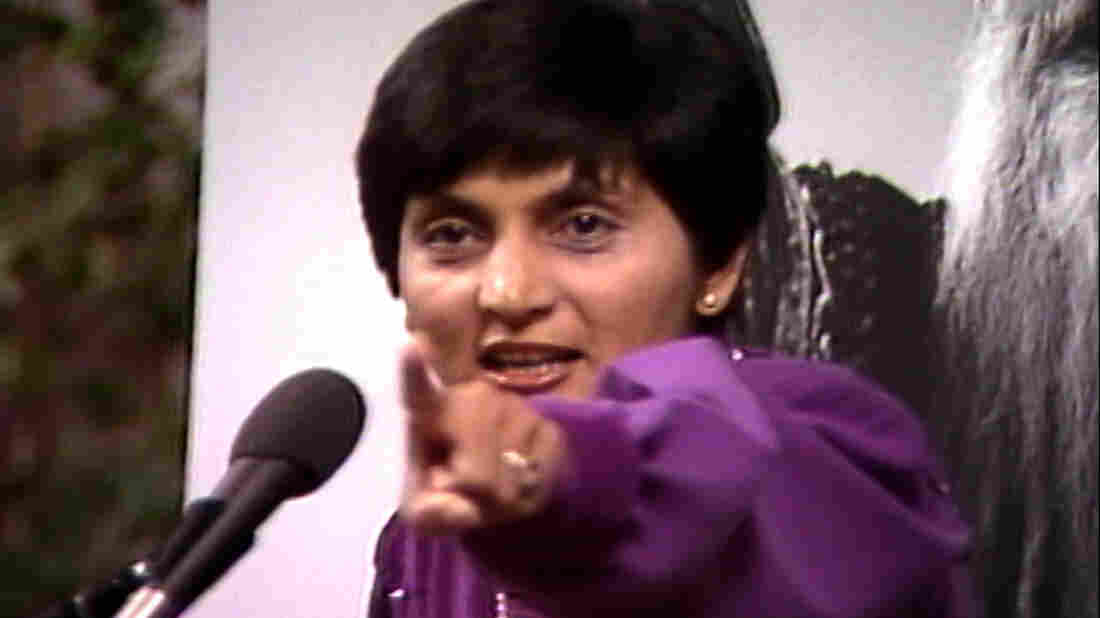 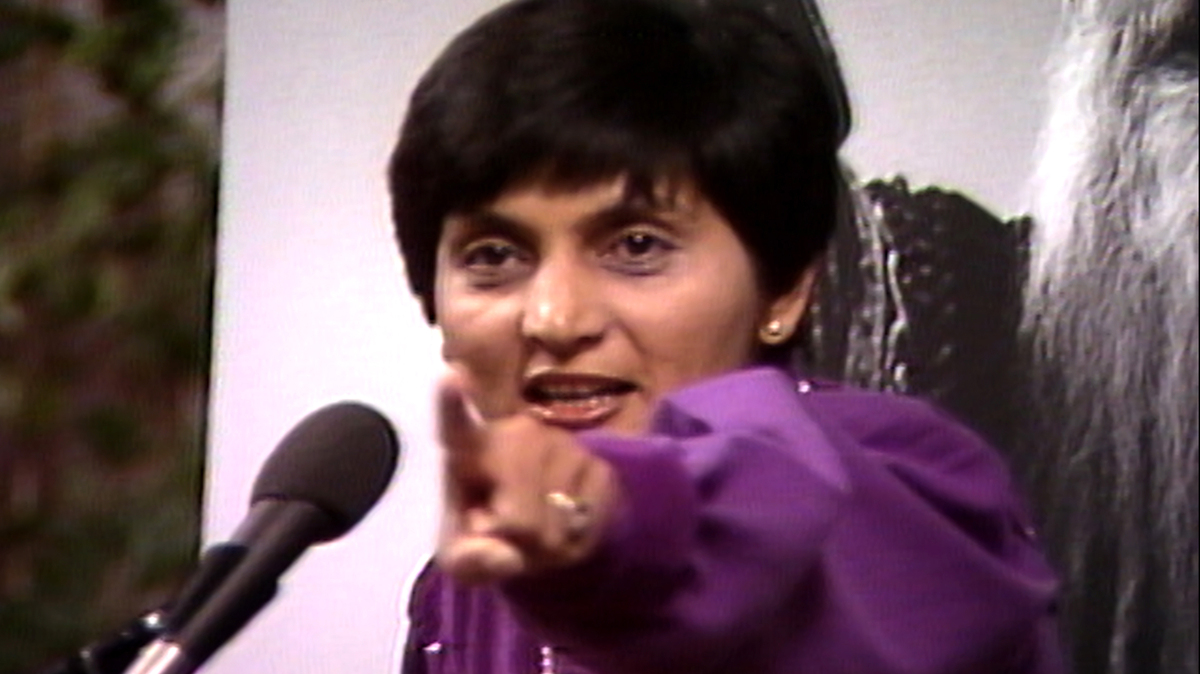 The rise of the true-crime documentary — and the true-crime podcast — has made serialized storytelling about historical controversies seem like a trial, like a presentation of evidence leading to the answer to a question. A person is innocent, or a person is guilty. Someone disappeared this way or that way. A person was a persecuted saint or a nefarious monster. To paraphrase the true-crime parody American Vandal, it's all about "Who did the [spray-painted phalluses]?"

The Netflix series Wild Wild Country has some of the trappings of such a piece. It revisits a news story from decades ago, but within the memory of many of its viewers: the story of Rajneeshpuram, a commune built in the early 1980s by the followers of Bhagwan Shree Rajneesh. As the series documents, the Rajneeshees set up a community in rural Oregon that almost instantly wound up in land-use battles with neighbors, then bigger battles with the county, then even bigger battles with the state and federal governments. Members were ultimately charged with a variety of crimes, and Rajneesh himself was deported.

It's an often bizarre story that is, like any good yarn, full of twists and unforgettable characters. And at first, you may find yourself waiting for a reveal: Is the group dangerous and manipulative, run by a man who takes money from followers and buys himself Rolls-Royces? Or are the Rajneeshees a minority religion, feared and disparaged for simply being different, subjected at times to sketchy legal decisions that, say, a mainstream Christian group would not have been?

The answers, based on the documentary, seem to be: yes. And yes.

At the heart of this conflict is Ma Anand Sheela, Rajneesh's "secretary," who became the de facto day-to-day leader of the commune, particularly after Rajneesh stopped speaking publicly for a period of years. She was a controversial, aggressive spokesperson at the time, and intentionally provocative (as she explains it). Sheela was eventually convicted of multiple crimes and sentenced to 20 years in prison, but she was released early in 1988. In the documentary, she's interviewed at length — she still denies the most serious charges to which she ultimately pleaded guilty — and she can be both frightening and compelling.

In old footage, the locals who speak about encounters with the Rajneeshees (whom they clearly despised) sometimes seem to have feared them for the same reason minority populations so often meet resistance: They are different, they are "weird," and their leaders are, by some definition, foreign — in this case, Indian people committed to traditions that the majority wasn't familiar with. On the other hand, Sheela all but admits that she was intentionally provoking hostilities with state and local governments, and all agree that the Rajneeshees built up an impressive stockpile of weapons.

Eventually, through a sequence of twisting events, they take over the town government itself and wind up acting as the local police, complete with law enforcement powers, police vehicles and — once again — weapons. Would the locals from, say, Antelope (original population: 40) have welcomed, for instance, a Christian religious commune that took over the operation of law enforcement and gathered a lot of weapons? Should they have?

What's interesting about Wild Wild Country is that it so effectively separates justice and fairness from likability. There is a good chance that you won't fully, neatly like anybody in this documentary. You won't fully sympathize with any position struck by anyone, particularly in the early going when the focus is more on a culture clash and less on the more and more extreme measures Sheela pleaded guilty to taking as things progressed. But there are still questions about how governments should operate and what it means to have a democracy — really! — that wind through the show like vines. So do racism and religious bigotry, even when the people at whom they're being aimed aren't particularly virtuous. It's possible, after all, to show bias in your treatment of the good and the not so good alike.

While that might make the series less satisfying in that there's nobody to really feel entirely pleased for — to, in a narrative sense, root for — it makes for a more complicated inquiry. It's very easy to argue about Sheela for hours — among other things, the series doesn't try to analyze gurus or cults on a general level via academics or experts; it spends its time with the people who were actually involved in this situation. Thus, some writers argue that it fails to really give enough context for where she's coming from. There are people who think the series is too hard on Sheela and people who think it's too sympathetic to her and the other Rajneeshees.

Moreover, the fact that Sheela is a woman who projects such confidence and, in the old archival footage, such utter fearlessness, inspires fascination — if not outright admiration — in some viewers, in spite of things she did that they find disturbing. You'll hear the word "bad-ass." Her defiance is tinged with humor, with flashes of a smirk, in a way that almost always leads women in the public eye to be punished, whether they are doing anything wrong or not. So even knowing all the things she did, it's not hard to find people, women especially, who appreciate her (sometimes literal) flipping of the bird to people who don't like her. It is, as they say, complicated.

There have been serialized documentary series — Serial, for one — that have ultimately concluded that the yes/no answer they wanted could not be found or remained uncertain. The heart of Wild Wild Country is its conviction that this answer, this verdict that will vindicate either the complaining neighbors or the Rajneeshees who felt discriminated against — probably does not exist. This was a cascading disaster, with plenty of blame to go around and plenty of pain, too.