Accessibility links
The Musical 'Hair' Changed Broadway Bob Mondello says the musical looked — and sounded — much different from anything Broadway had ever seen and helped secure a place for rock music on the Great White Way. 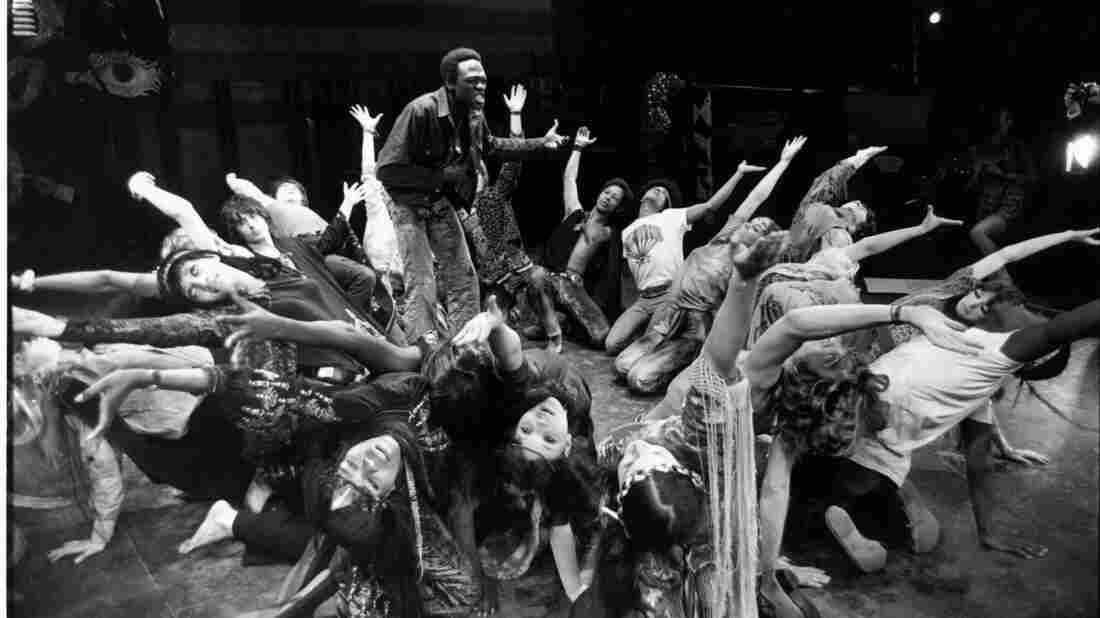 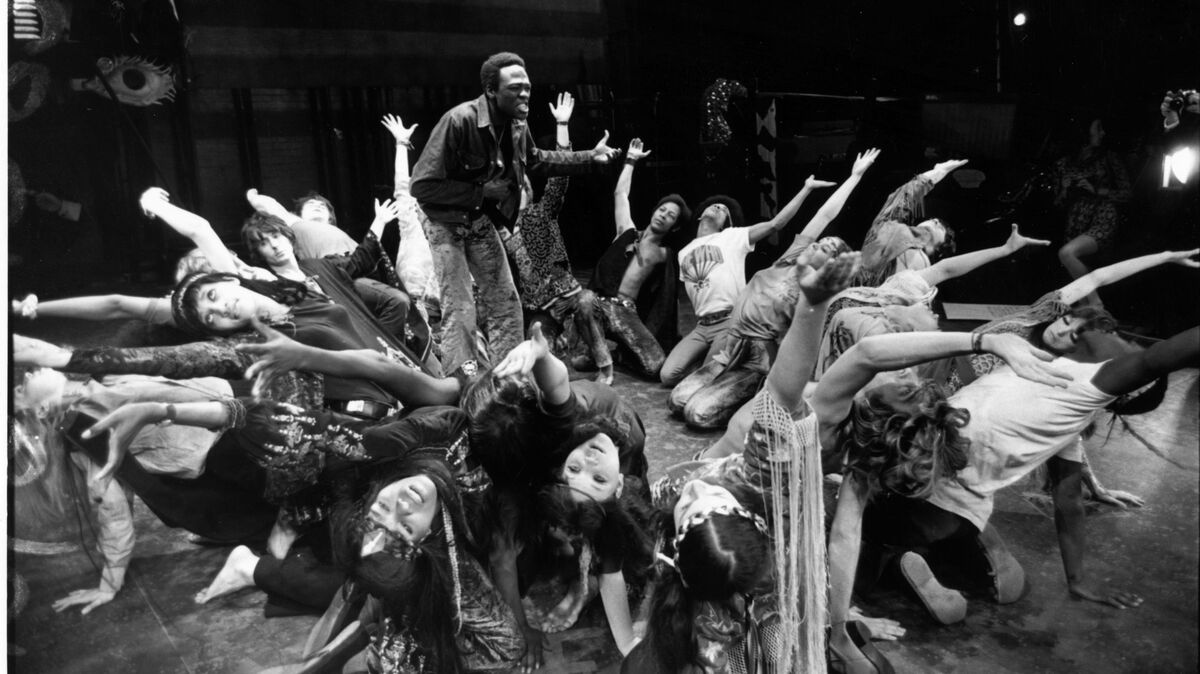 Actors rehearse a dance scene for the 1968 London production of the musical Hair.

Fifty years ago this past weekend, Broadway "let the sun shine in."

The musical Hair was controversial in 1968, with its rock music, hippies, nude scene, multiracial cast and anti-war irreverence. It billed itself as "the American Tribal Love-Rock Musical."

Audiences ... didn't quite know what to make of that. (They figured it out eventually.)

To appreciate how unexpected Hair was in 1968, consider what else was playing on Broadway the week it opened:

Fiddler on the Roof

One of Fiddler's signature numbers, of course, is an anthem about the importance of "Tradition." And Broadway was a place of tradition — of stars, clearly enunciated lyrics, tap-dancing chorus kids and soaring ballads.

Not My Job: Three Questions For Actor Terry O'Quinn About Hair

The counterculture wasn't part of that tradition. Especially when it sounded like Jimi Hendrix's fuzzy guitar licks.

Broadway's idea of rock music had been the Elvis-like character in Bye Bye Birdie. Galt MacDermot's music for Hair was closer to the real thing. And the flower-power lyrics of James Rado and Jerome Ragni — like those from the second act's "Three-Five-Zero-Zero" — didn't sound like show-tunes either:

... Bullets? Barbed wire? A look through the program was no more reassuring to the gray-hairs in the audience. The third song, "Hashish," was basically a list of drugs:

Father, why do these words sound so nasty?

That's drugs and sex right at the top of Act 1. And plot? Well, there wasn't one, really. Something about a guy who was worried about getting drafted. Except his storyline kept disappearing so that, say, a then-unknown Diane Keaton could sing about how much she liked dating black men:

Because I really crave for

This was, remember, barely three weeks after the death of Martin Luther King Jr. Riots had rocked major cities including New York. But the show had little patience with the prejudices it was mocking.

Hair was the generation gap made flesh — and for a few seconds at the end of the first act, made flesh with flesh: a nude scene in half-light the show added as it leapt from off-Broadway to a bigger theater on Broadway.

The reviews were mixed, but young people were showing up. The traditional theater audience came along for the ride, because despite all the show's button-pushing and profanity, Hair was centrally, essentially, innocent.

Kids out front, watching kids onstage who saw the world as improvable, who were hopeful about the future:

You twinkle above us

Yes, those kids were disheveled — and by "those kids," I sort of mean me, since I was wearing my own hair down to the middle of my back. My mom thought I looked like a poodle ... and in pictures, I kinda do. A proud poodle, because Hair helped make hippies mainstream and relatable. [Editor's note: Guys, you really want to click this link to see a photo of circa 1968 Bob. With poodle hair. And hippie sideburns. And a belt buckle the size of dinner plate. It's really ... something.]

On TV, student protesters may have seemed threatening to some people — onstage, they were sort of cuddly.

This thoroughly American "Tribal Love-Rock Musical" soon became a hit all over the world: Brazil, Italy, Japan ... And it made rock music something that theater was forced to reckon with. In shows like Jesus Christ Superstar, Grease, Dreamgirls and Rock of Ages, the rock musical became a Broadway genre. Hair got there first.

These days, Hair is performed in high schools, by kids who can ask their grandparents about the draft and the war in Vietnam. Many of those kids — whatever the length of their hair — have made news recently, carrying protest signs at the "March for Our Lives," reminding those of us who've gotten disillusioned over the years of the fierce optimism youth nearly always has about the future.

Hair was the dawning of the "Age of Aquarius," but a half-century later, that age is still with us.

Previous audio and Web versions of this story mistakenly identified James Rado as Hair's composer. Rado wrote the show's book and lyrics with Jerome Ragni; its music was composed by Galt MacDermot.