Accessibility links
Mueller Questions For Trump Hint At Detail Not Yet Public In Russia Probe The New York Times published an account of questions it says the special counsel's office wants to ask the president in a prospective interview. 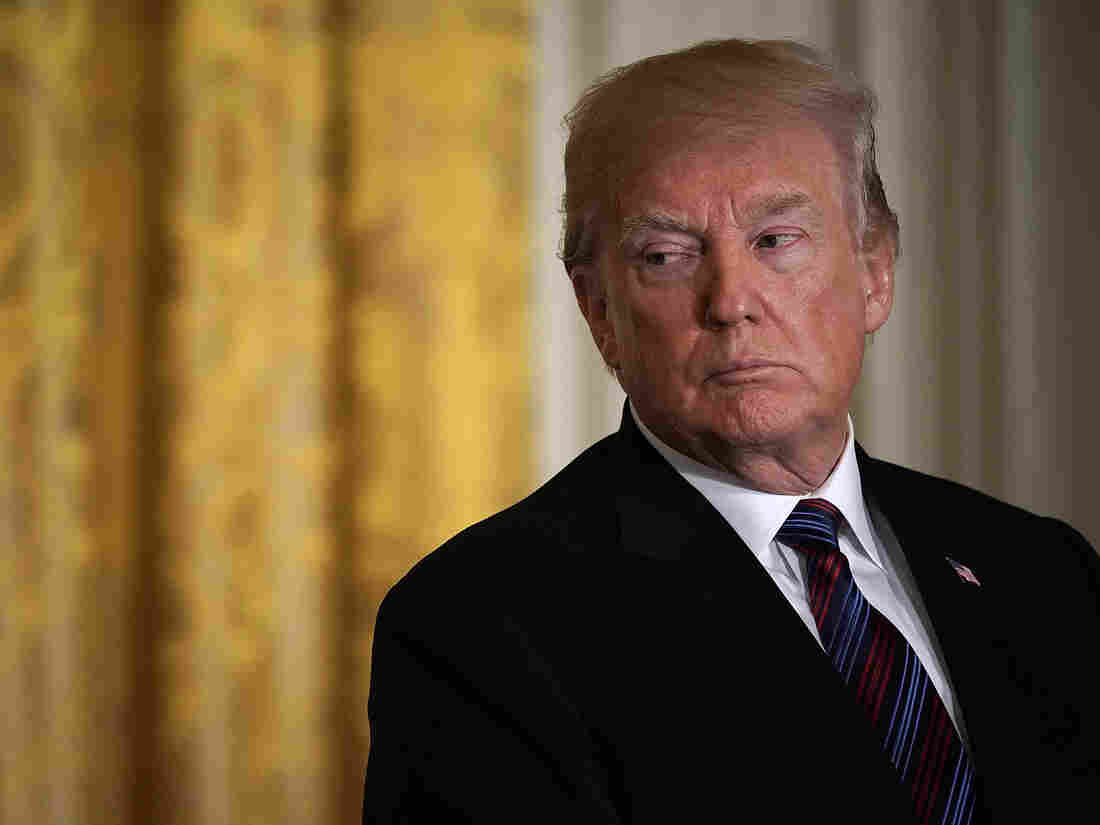 President Trump on Tuesday blasted a New York Times report about a list of questions that special counsel Robert Mueller would ask him in a prospective interview. Alex Wong/Getty Images hide caption 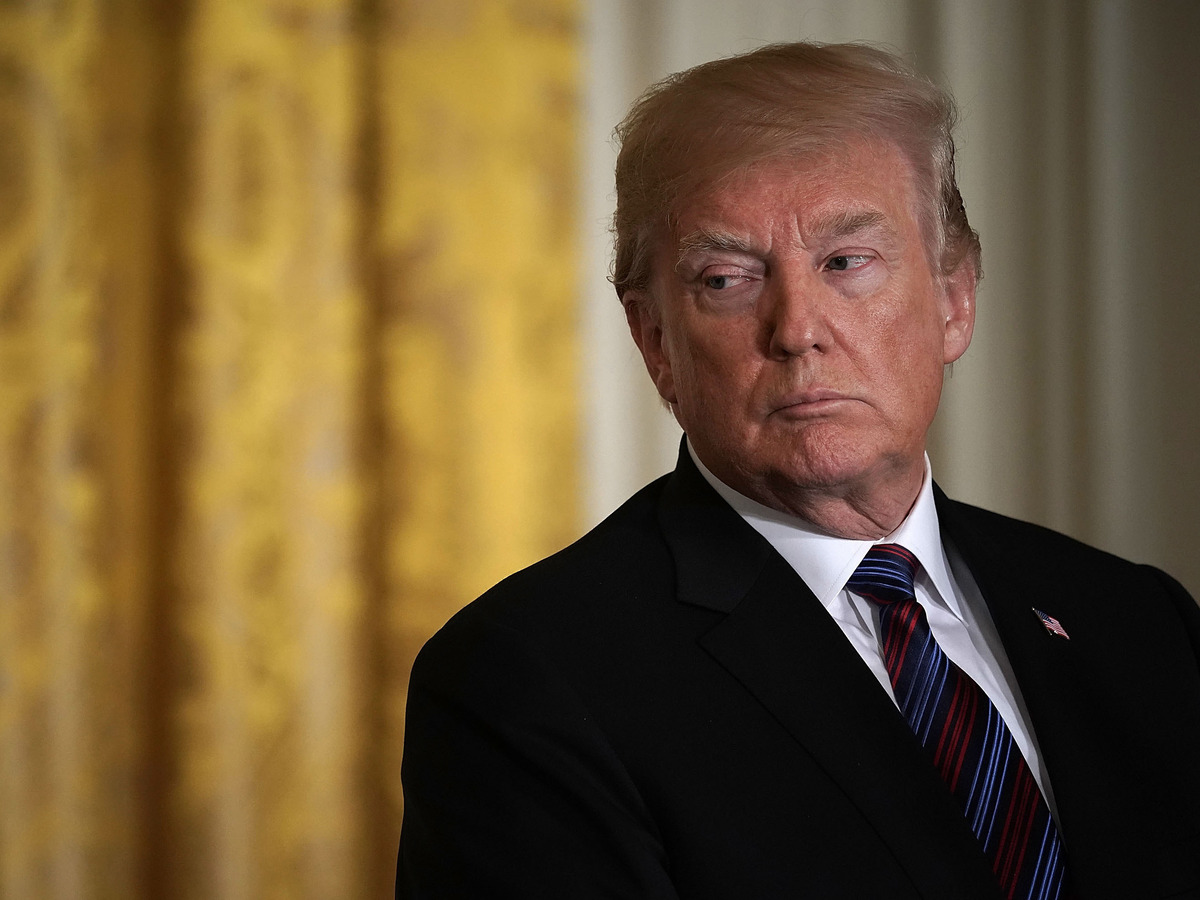 President Trump on Tuesday blasted a New York Times report about a list of questions that special counsel Robert Mueller would ask him in a prospective interview.

Justice Department special counsel Robert Mueller may have developed evidence that has not yet been made public about contacts between Donald Trump's campaign and the Russian government as it attacked the 2016 election, based on questions published Monday by The New York Times.

The Times obtained more than 40 questions evidently submitted by Mueller's office to Trump's legal team. Someone "outside" the legal team then gave the document to the Times, which described its contents, although not verbatim.

If, according to one common theory about Mueller's investigation, the presidential interview would be the last one in the process, the questions for Trump are indicative about evidence the special counsel already has — which investigators might wish to test with Trump in person.

The questions allude to Trump's discussions about sanctions on Russia during the campaign, Trump's awareness during 2016 about Russia's active measures and "any outreach by your campaign, including by Paul Manafort, to Russia about potential assistance to the campaign."

Prosecutors have connected former Trump campaign manager Manafort to at least one person who they say has ties to Russia's intelligence services, but Manafort has not been charged with conspiring on the Russian attack.

The reference to "outreach" suggests the Justice Department may have more evidence it has not yet revealed. Manafort is facing federal charges that focus on alleged money laundering and has pleaded not guilty.

Most of the questions the Times printed focus on whether Trump may have obstructed justice or tried to frustrate the FBI's Russia investigation, including whether he asked then-FBI Director James Comey to lay off then-national security adviser Mike Flynn, whether he leaned on others to pressure Comey, and why he fired Comey.

The special counsel's office made no comment about the questions or the Times report. Trump appeared to confirm the account with a series of tweets on Tuesday morning.

So disgraceful that the questions concerning the Russian Witch Hunt were “leaked” to the media. No questions on Collusion. Oh, I see...you have a made up, phony crime, Collusion, that never existed, and an investigation begun with illegally leaked classified information. Nice!

"So disgraceful that the questions concerning the Russian Witch Hunt were 'leaked' to the media," Trump wrote."No questions on Collusion. Oh, I see ... you have a made up, phony crime, Collusion, that never existed, and an investigation begun with illegally leaked classified information. Nice!"

Trump's tweet may not be correct because it seems there are questions about collusion, but it is correct in that "collusion" is not a crime nor a legal term that prosecutors formally might invoke in an indictment.

Mueller has, however, described overtures from Russian agents to Trump campaign aides in past court documents — just some of the contacts known to have taken place — and also charged a number of Russian cyberoperatives with "conspiracy to defraud the United States" in the context of the election.

Trump's reference to "illegally leaked classified information" is an allusion to the memos Comey kept about his interaction with the president. Trump and his supporters say those documents included official secrets and so the descriptions about them in the press after his firing, and since then by Comey, amount to an improper breach.

"The entire premise of this investigation was on this topic of collusion and the overwhelming focus of the questions is not on that topic."

The appearance of the questions — and Trump's reaction — may be the last nail in the coffin for a prospective interview between the president and the special counsel's investigators.

It would seem very hard to obstruct justice for a crime that never happened! Witch Hunt!

Trump has said in the past that he wanted to talk with Mueller but that he would follow the advice of his attorneys. Outside lawyers have said they would counsel Trump against talking with Mueller. The dangers are too great, in this view, that if the president exaggerated or prevaricated, he would fall into a "perjury trap."

The special counsel's office has already concluded guilty pleas with a few people in the Russia matter — including Flynn — that were based upon acknowledgements about lying to the FBI.

The door, however, may not be completely shut. One of Trump's newest lawyers, former New York City Mayor Rudy Giuliani, reportedly has met with Mueller to hasten the end of the special counsel investigation and kept alive the prospect of an interview with the president.