Accessibility links
In Rwandan Mass Graves, There Are Few Ways To Identify The Dead. Clothing Is One Near the capital of Rwanda, four new mass graves have been discovered with more than 2,000 bodies. Forensic anthropologist Melissa Connor says the process is particularly challenging in the country. 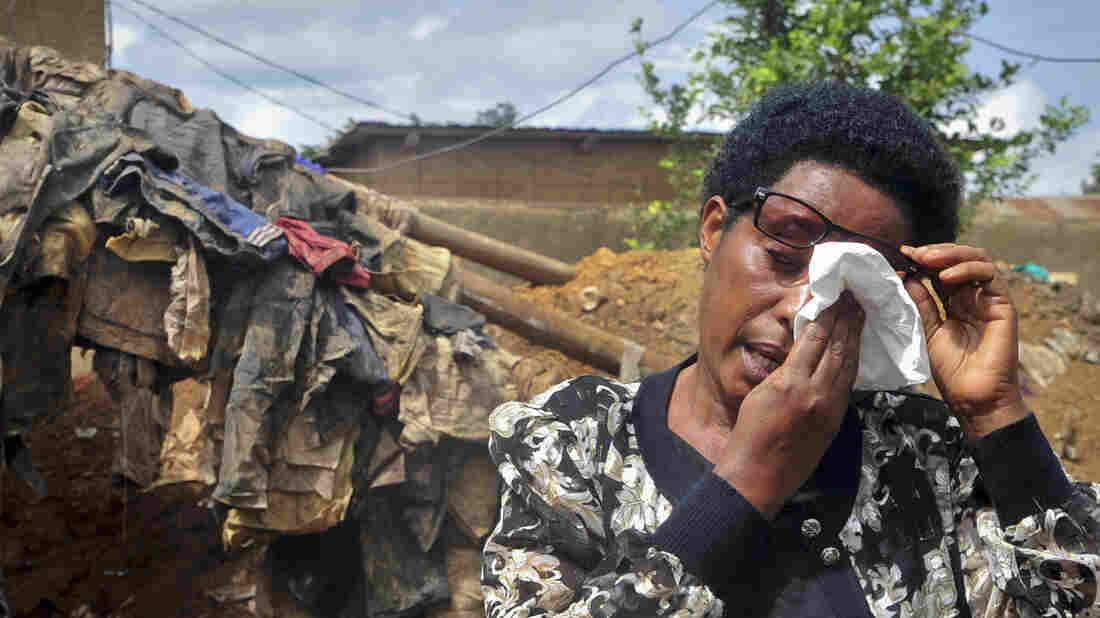 France Mukantagazwa lost relatives in the Rwandan genocide and believes their bodies may be in the newly found graves near the capital, Kigali. Eric Murinzi/AP hide caption 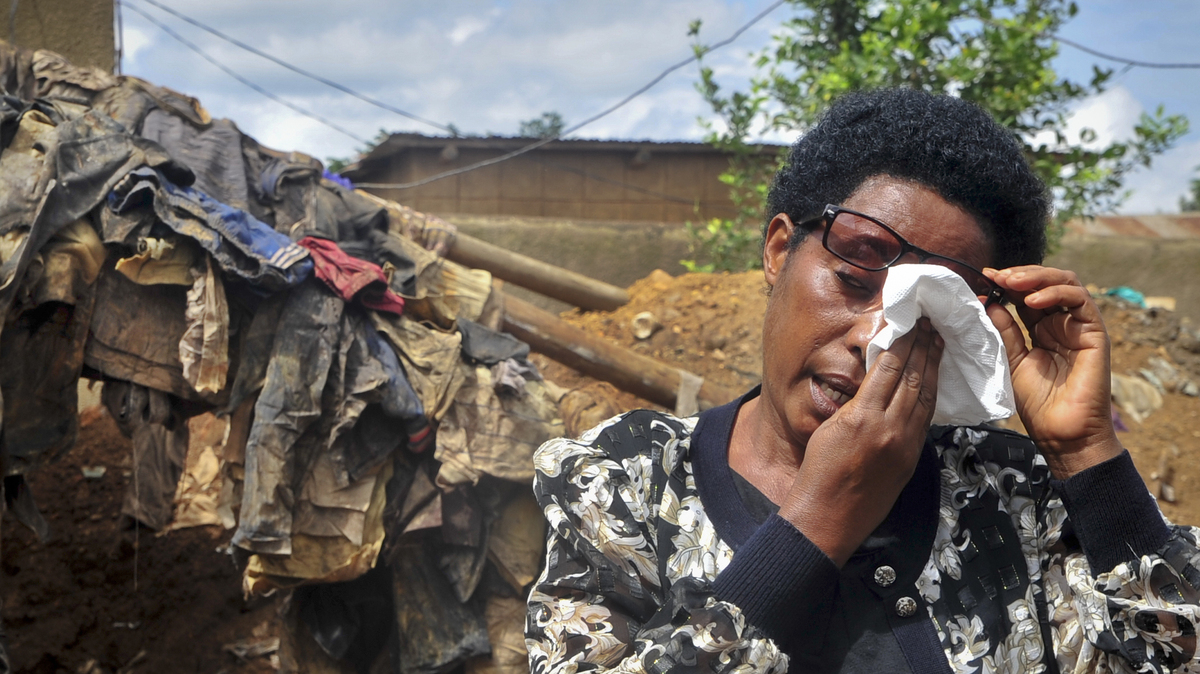 France Mukantagazwa lost relatives in the Rwandan genocide and believes their bodies may be in the newly found graves near the capital, Kigali.

Four mass graves were found last week outside Kigali province, the capital of Rwanda, 24 years after the country's genocide. A long process has begun to identify the remains.

An Associated Press photo tells the story of many family members: France Mukantagazwa lifts her glasses to wipe tears from her face. Behind her are dirty, wrinkled clothes belonging to the bodies exhumed from one of the mass graves.

Mukantagazwa lost her father and other relatives in 1994 and thinks their bodies could be in one of the graves.

Forensic anthropologist Melissa Connor worked in Rwanda in the two years after the genocide, which left more than 800,000 people dead. She says the identification process relies on items people carried with them, which makes it particularly challenging.

"The bodies will be more decayed," Connor says. "The clothing should be more decayed as well, and the identification cards may not be in a shape to be read — if they exist at all anymore."

Romeo & Juliet In Kigali: How A Soap Opera Sought To Change Behavior In Rwanda

Romeo & Juliet In Kigali: How A Soap Opera Sought To Change Behavior In Rwanda

On how victims are identified in mass graves

Often relatives know the clothing that their other relatives had. In places like Rwanda, often mothers or wives sewed those clothes, or had a hand in making them, so that they will recognize their own handiwork. And of course it can also misidentify, because the number of people in some kind of T-shirt, bluejeans and sandals is going to be a lot.

On the importance of identifying those buried in mass graves

It's bringing closure to the family; it's letting them know exactly what happened to their relatives. Because there's always the question of, "Are they in the grave? Did they escape?" There [were] people fleeing from Rwanda into the Congo — the refugee camps there were huge. Some of those people have come back; there will always be people who weren't able to come back, or who died in the refugee camps. So knowing what happened exactly to your relative is a way for — to help families close the book on that chapter in their lives.

Linah Mohammad and Renita Jablonski produced and edited the audio story. Sydnee Monday adapted it for the Web.