Accessibility links
Ry Cooder, 'The Prodigal Son,' Returns The 71-year-old raconteur returns to the old songs and inhabits the guises of death-haunted bluesmen to speak to the issues of the current era. 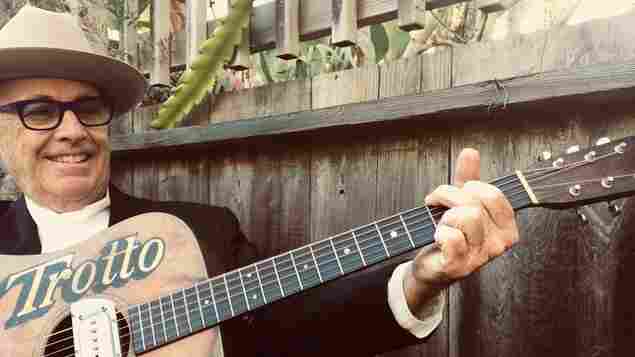 Ry Cooder's The Prodigal Son comes out May 11. Joachim Cooder/Courtesy of the artist hide caption 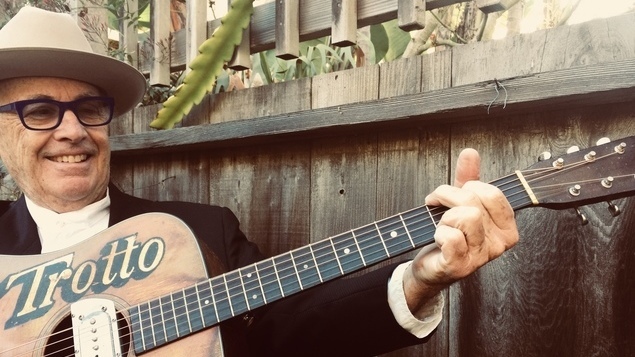 Ry Cooder's The Prodigal Son comes out May 11.

Joachim Cooder/Courtesy of the artist

From the beginning of his career as a recording artist, Ry Cooder has treated the music of the past as a resource, turning to old (and very, very old) songs for guidance, mentorship, life lessons, spiritual advice.

When the guitarist and songwriter was beginning to develop his sound in the early 1970s, the British rockers were all copping the salacious lyrics from the electric bluesmen; Cooder countered with trembling, death-haunted works by bluesmen like Blind Willie Johnson. In 1974, when the U.S. was in upheaval over Watergate and President Richard Nixon's secret phone taping, Cooder reworked an old spiritual, "Jesus on the Main Line," to speak, elegantly, to the crisis of lapsed morality and the promise of redemption. In the 1980s, after encountering a crew of long-unemployed Cuban singers and musicians, he excavated the romantic, idealistic songs they sang in the pre-Castro years to unlock a joy that had been missing from the world for decades.

Same deal with The Prodigal Son, Cooder's first album since 2012. Seeking perspective on income inequality, the 71-year-old raconteur turns to a woefully underknown Appalachian songwriter named Blind Alfred Reed, who in 1927 wrote a severe song called "You Must Unload." In it, Reed admonishes "power-loving Christians in your fancy dining cars" that the only way to reach the promised land is to unload their worldly treasure.

Cooder embellishes the lyrics a bit — did they have "jewel-encrusted high-heel shoes" in Reed's day? — but he doesn't really need to. The song's teaching, and the dismay behind it, carries forward and applies eerily to the world as it is right now. Cooder renders "You Must Unload" as a slow Methodist hymn, and his deliberate, resolute pace makes it harrowing; it's prayer as activism. When he tells the powerful "We see you drinking whiskey and smoking big cigars," it's not hard to imagine a cable-news montage of bankers and corporate kingpins (and cabinet members!), each representative of a different strain of greed. 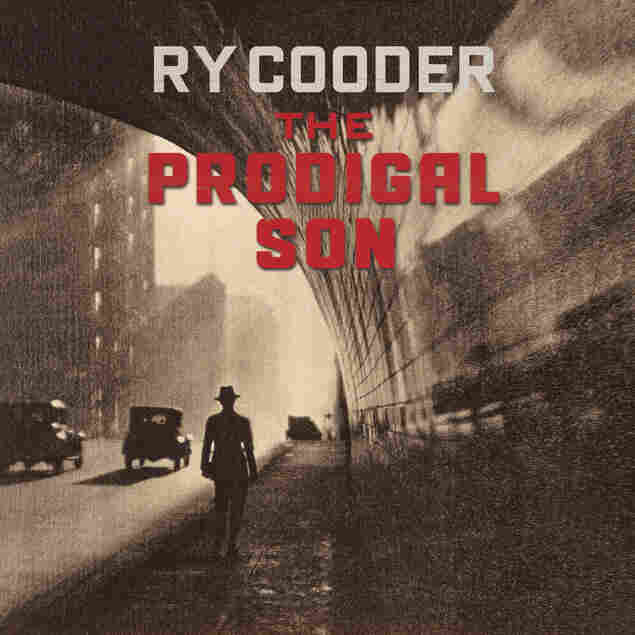 The Prodigal Son is stark musically — most of the instruments are played by Ry Cooder and his son, Joachim — and as in church, there's not much superfluous finery getting in the way of the message. Still, each track has its own spatial vibe and groove vocabulary (that ramshackle parade beat from Paradise and Lunch is resurrected for "Shrinking Man"), and each requires Cooder to employ a slightly different guise as a singer. On the haunting title track, Cooder presents himself as a pilgrim who's seeking wisdom from the spirit realm, and finds it instead within the sweetly singing pedal steel guitar of country legend Ralph Mooney. On "Everybody Ought To Treat a Stranger Right," Cooder transforms into a severe Sunday School teacher, dispensing a fiery golden-rule get-right lesson. And his version of another Blind Willie Johnson classic, "Nobody's Fault But Mine" dwells in a shadowy swamp, with instruments approximating the drone of cicadas in thick heat. It's the ideal setting for a dramatic moment of self-reckoning.

If there's a complaint about The Prodigal Son, it's that Ry Cooder's reverence for the old songs can sometimes overshadow his considerable repertoire of guitar sounds and textures. Those who revere the waist-deep atmospheres of Cooder's soundtracks may wish there were more moments of instrumental meditation between the verses. But that's a small thing, and it doesn't detract from the big work Cooder is doing here — using earnest melodies from long ago to speak to the mushrooming crises, internal and external, of the present moment.