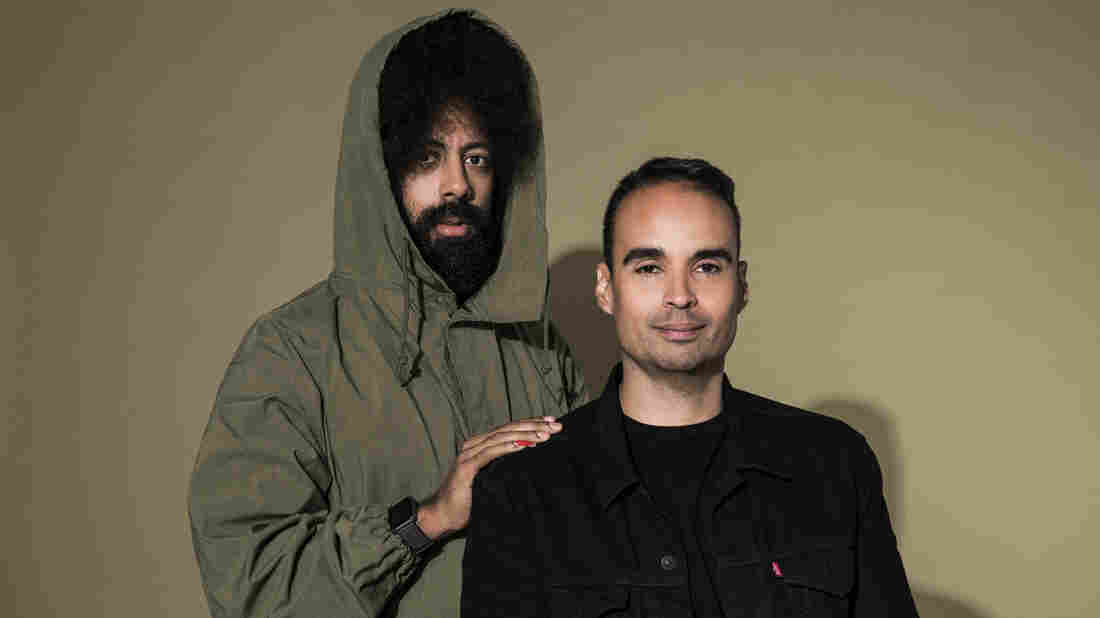 Reggie Watts and John Tejada are Wajatta. The duo's album, Casual High Technology, is out May 11. Robyn VonSwank/Courtesy of the artist hide caption 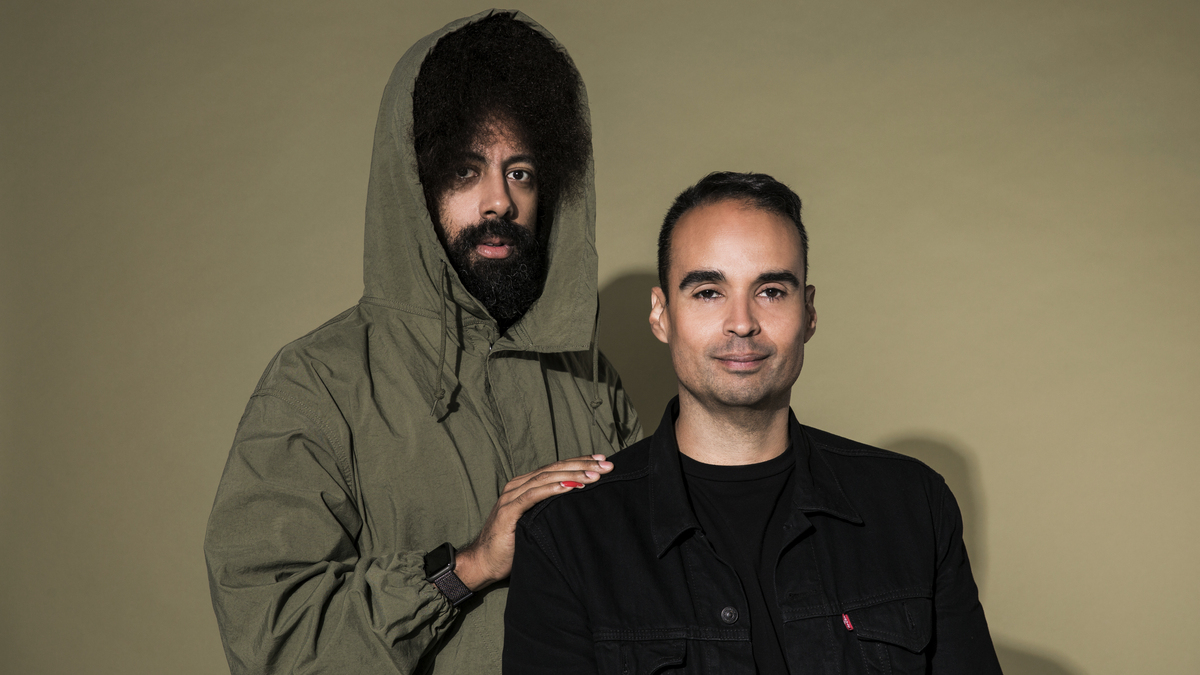 Reggie Watts and John Tejada are Wajatta. The duo's album, Casual High Technology, is out May 11.

Robyn VonSwank/Courtesy of the artist

It's hard to think of a more surprising and winning new collaboration than Wajatta, the electro-pop duo of Reggie Watts, the consummate vocal improviser best-known as comedian and bandleader on CBS' The Late Late Show with James Corden, and John Tejada, an elder statesman of West Coast dance music. As befits a pairing this random, Wajatta's debut, Casual High Technology, is a wonderfully head-scrambling, beautifully simple and technologically tumultuous affair, making the question "how did they get here?" kind of inevitable.

The story must begin with Reggie Watts, if only because he's the more publicly recognizable figure. Though he gained fame for experimental, multimedia comedy work — most prominently, on the Comedy Bang! Bang! TV series and podcast — Watts' musical career stretches much further, to his early days in Seattle. Beginning in the mid-1990s, he served as vocalist in the locally renowned band Maktub, and cut his teeth as a genre-fluid improviser (on synths and by electronically altering his voice). Much of Watts' work remains grounded in technology, astute grooves and vocal manipulation, whether at his day-job, in his one-man shows, or at high-profile guest slots (like LCD Soundsystem's 2011 Madison Square Garden (not quite a) career-ender). Though hardly a product of dance music, he's never been far from it either. 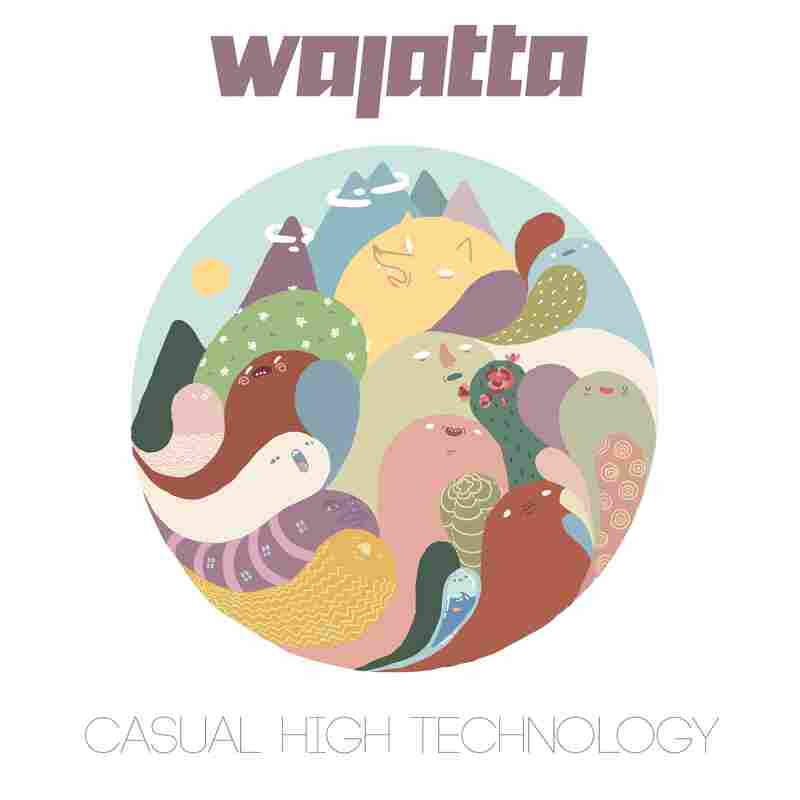 If John Tejada doesn't have Watts' mass-culture name recognition, his bona fides in the world of dance music — especially L.A. clubs — run deeper. A two-decades-plus veteran of the city's underground techno scene, Tejada has been waving the minimal-beats flag long before it gained cache with local nightlife. The inroads he made as one of American techno's Johnny Appleseeds — gigging and releasing records all over the U.S. (including, for influential labels such as Tinton Duvante's Residual and Dan Bell's 7th City) and in Europe (he currently records for Cologne's powerhouse, Kompakt) — make him one of West Coast rave's most respected global figures.

He certainly was to Watts, who was a little star-struck meeting Tejada at one of the producer's "warehouse-type shows" about a year ago. But the feeling was mutual. It took a couple of months for the pair to move past the getting-to-know-you stage; yet Watts told me that at their very first studio session together, "we recorded three tracks in about an hour — and the next day [Tejada] already had mixes for them. It's exactly how I like to make music, super super fast." Motion is central to Casual High Technology. It's in the swiftness of their creative process (both Watts and Tejada cited ease and speed of production as a point of excitement to their collaboration), the up-tempos of the tracks (a couple top out at a breakneck 140bpm), and the theme to many of the songs' titles, which are actually based on words and phonemes that Watts creates on the spot, in the studio.

The combination of immediacy and proficiency in Wajatta's music is striking, its funk glorious, its construction precise. The degree to which career-long culture seasoning defines the two men's musical roles here — Watts with layers of melodies, harmonies and rhythmic asides, pulling from an American century's worth of black vocal innovations; Tejada's tracks splitting an appropriate difference between familiarity (Prince, funky drummer breaks, Chicago house, dub basslines) and club futurism — makes Casual High Technology a curious kind of masterwork. It's never less than warm and inviting, perfect for listeners who only identify with one of these old pros — as well as for the many unfamiliar with either.

In this way, Casual High Technology's closest music-spirit relation may be The Postal Service's Give Up, another unforeseen masterpiece from a surprising vocalist + electronic producer combination. It helps that Tejada and Jimmy "DNTeL" Tamborello are long-time friends and colleagues (that's the latter's Buchla playing the bizarro synth opening and underpinning of "Easel Does It," one of the album's more kaleidoscopic sonic puzzles, on which Watts channels Youssou N'Dour's soaring soliloquies for Peter Gabriel records). And there's precedent to feelings once expressed as songwriter narratives, evolving into emotionally affecting wordless proclamations. Most of all, like their techno-pop predecessors, the men of Wajatta channel the creative absolutes of their separate lives into an unexpectedly populist unifying statement, one that rings true and feels damned good. May it serve them and us well.