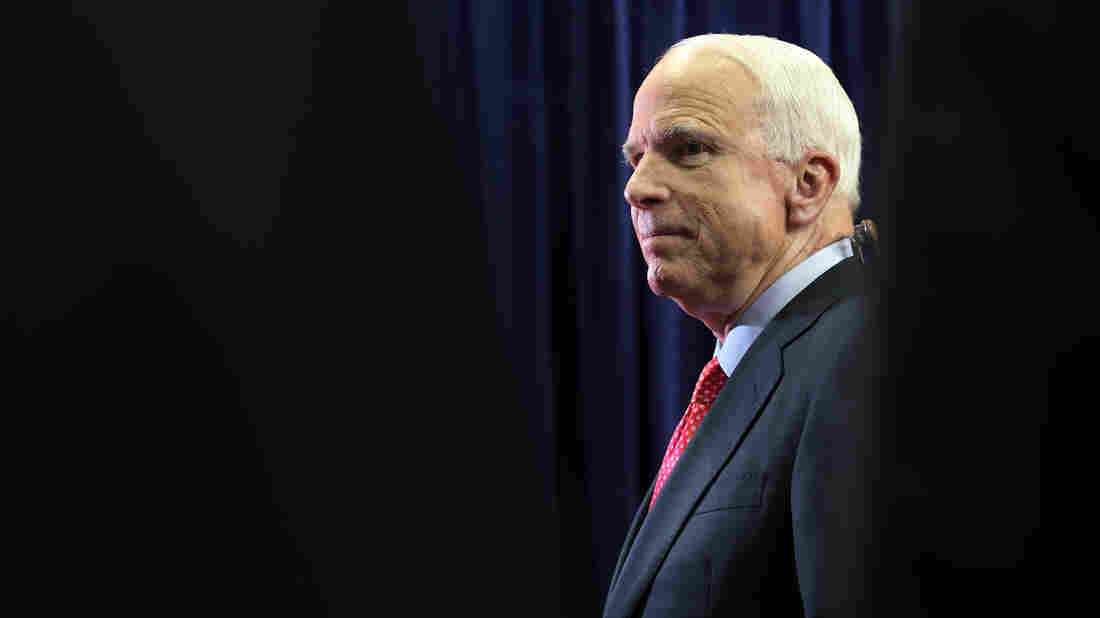 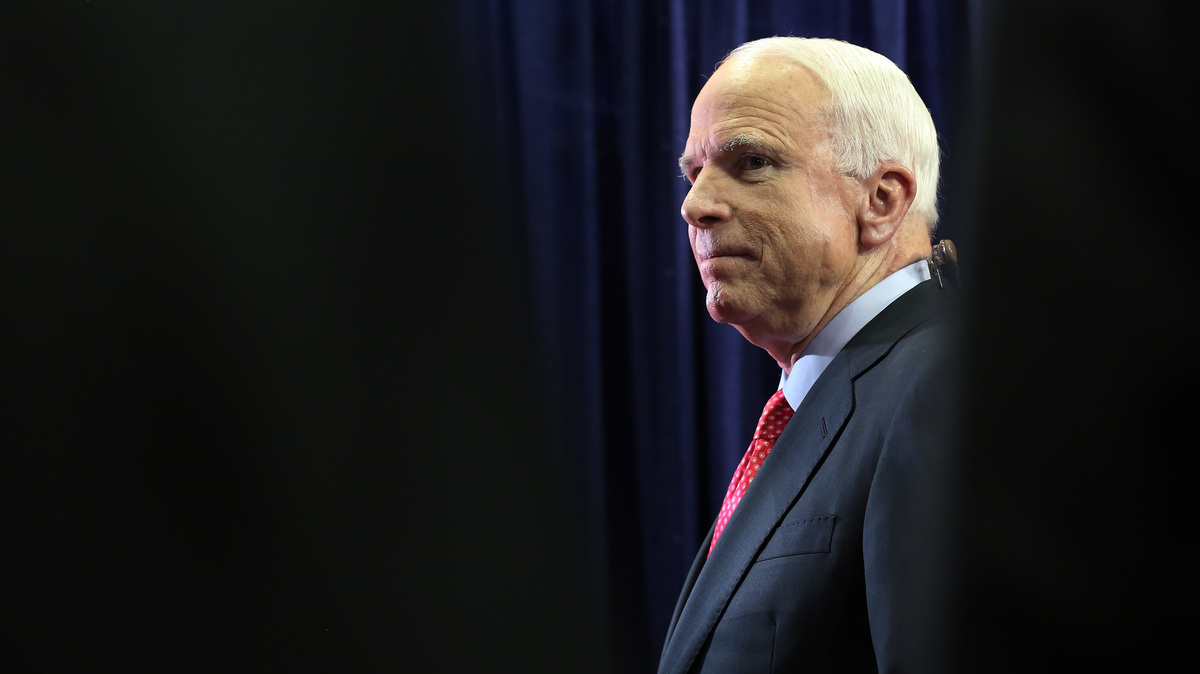 Arizona Sen. John McCain was diagnosed with a deadly form of brain cancer in July 2017. He has since written a memoir, The Restless Wave: Good Times, Just Causes, Great Fights, and Other Appreciations, to be published on May 22.

NPR was provided an exclusive peek into the book, with excerpts read by McCain himself. Following is a transcript.

I don't know how much longer I'll be here.

Maybe I'll have another five years, maybe with the advances in oncology they'll find new treatments for my cancer that will extend my life. Maybe I'll be gone before you hear this, my predicament is, well, rather unpredictable. But I'm prepared for either contingency or at least I'm getting prepared. I have some things I'd like to take care of first, some work that needs finishing and some people I need to see, and I want to talk to my fellow Americans a little more if I may.

My fellow Americans, no association ever mattered more to me. We're not always right. We're impetuous and impatient and rush into things without knowing what we're really doing. We argue over little differences endlessly and exaggerate them into lasting breaches. We can be selfish and quick sometimes to shift the blame for our mistakes to others, but our country 'tis of thee. What great good we've done in the world, so much more good than harm. We served ourselves, of course, but we help make others free safe and prosperous because we weren't threatened by other people's liberty and success. We need each other. We need friends in the world and they need us. The bell tolls for us, my friends. Humanity counts on us, and we ought to take measured pride in that. We have not been an island, we were involved in mankind.

John McCain Makes An Appeal For Civility And Humility

Before I leave, I'd like to see our politics begin to return to the purposes and practices that distinguish our history from the history of other nations. I'd like to see us recover our sense that we are more alike than different. We're citizens of a republic made of shared ideals forged in a new world to replace the tribal enmities that tormented the old one. Even in times of political turmoil such as these, we share that awesome heritage and the responsibility to embrace it. Whether we think each other right or wrong in our views on the issues of the day, we owe each other our respect, as so long as our character merits respect, and as long as we share for all our differences for all the rancorous debates that enliven and sometimes demean our politics, a mutual devotion to the ideals our nation was conceived to uphold that all are created equal and liberty and equal justice are the natural rights of all. Those rights inhabit the human heart, and from there though they may be assailed, they can never be wrenched. I want to urge Americans for as long as I can to remember that this shared devotion to human rights is our truest heritage and our most important loyalty.

Then I'd like to go back to our valley and see the creek run after the rain and hear the cottonwoods whisper in the wind. I want to smell the rose scented breeze and feel the sun on my shoulders. I want to watch the hawks hunt from the sycamore, and then take my leave bound for a place near my old friend Chuck Larsen in the cemetery on the Severn, back where it began.