Accessibility links
'A Distinctive Voice': Tracey Thorn Goes On 'Record' The Everything but the Girl singer stepped away from performing two decades ago in order to start a family. Now, she sings about the different stages of women's lives on her latest solo album, Record. 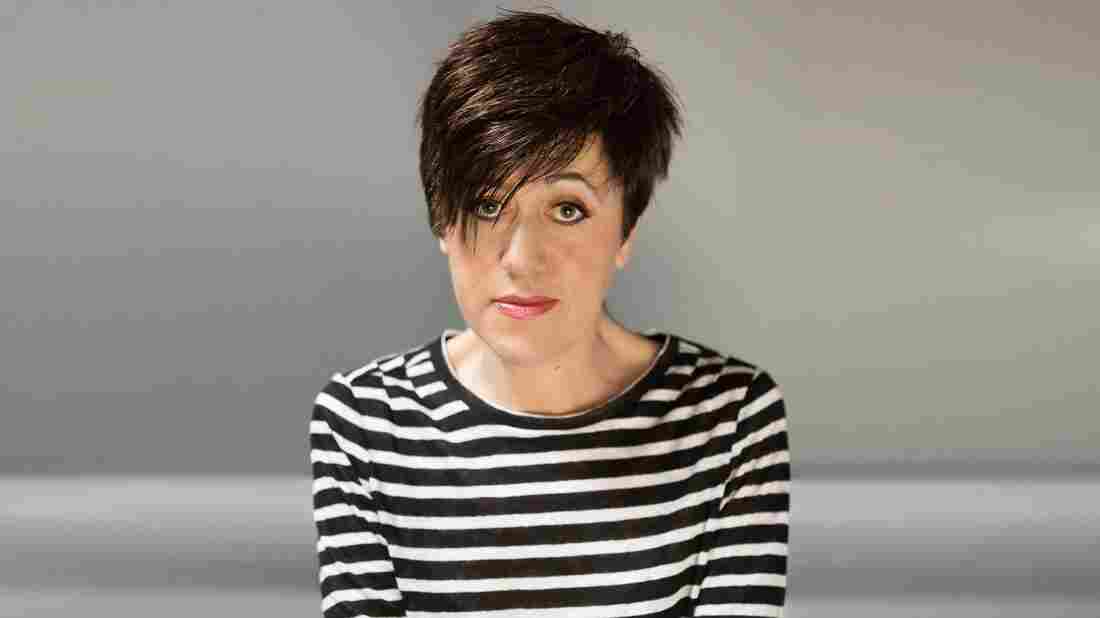 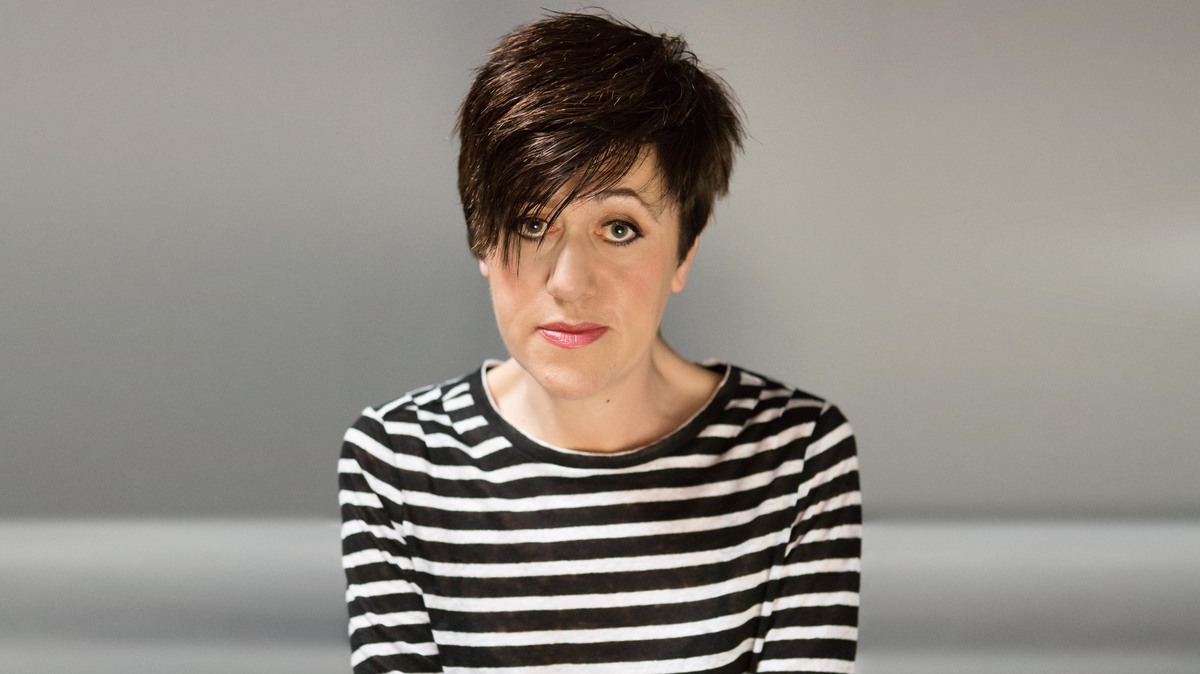 British singer-songwriter Tracey Thorn writes music that chronicles themes in women's lives that aren't often addressed in pop lyrics. Take, for instance, the single "Babies," off her new solo album Record. The song is meant to be a humorous ode to birth control, but there's also a deeper feeling to it.

"It contains a lot of urgency," Thorn says. "The terror of getting pregnant when you don't want to — and then again the urgency later on when perhaps you do want to [get pregnant], and that's an equally strong feeling."

Thorn has always had strong feminist messages within her music, but she's recently expressed frustration and disappointment in male writers critiquing far more than the music she creates.

From 1982 until 2000, she was half of the band Everything but the Girl with her then-boyfriend, now-husband Ben Watt. But she stepped away from performing — and turned down the opportunity to go on tour with U2 in 1997 — when she and Watt were ready to start a family. (They now have three children, her youngest is 17.)

"I was ready to stop and it happened to coincide with having kids so that gave me the perfect excuse," she says of her hiatus. "Later, when I came back to music [as a solo musician] it was on a slightly different level, which is something I'm happy with now."

Click on the audio link to hear the full Fresh Air interview and read interview highlights below.

I don't think she was very tolerant, really, of pop singers wanting to sing in their disastrous pop voices. I mean, most pop singers sing all wrong. ... Most pop singing is about having a distinctive voice and using it in a distinctive way, which technically might be completely incorrect. When you go to a singing teacher, they usually try to correct those things and what you then come up against is that anxiety of, "Well, am I going to lose the thing that makes me distinctive if I start trying to sing properly? Do I just turn into a not-very-good proper singer?" ...

I think I completely ignored that piece of advice from her. I didn't have very many lessons, to be honest. I found bits of it helpful. I found some of it helpful as sort of warm up exercises, but then when it came to actually singing my songs, I would go back to singing in the voice that seemed like mine.

I've resented that idea for a very long time, the notion that the biggest adventure you're going to have is falling in love with a boy who is having adventures. And the song "Guitar" is me looking back and realizing that there was a period of my life when I did buy into that, but not for very long, only maybe for a year or so, I think, in my teens. It was when I first started getting into music and a lot of the other boys I knew especially had formed bands and I watched them do that and it looked exciting, and my first instinct was these boys are really attractive, they're doing exciting things. And then I bought my own guitar, and I thought, well, hang on, I can do this as well! ...

I think what the song "Guitar" is about is that moment in my life when playing a guitar, realizing I could sing, just was the beginning of everything for me. Everything that followed came from that moment. It was the moment that opened up my ability to communicate and make art. That's become so much of my life.

On writing the song "Sister"

I wrote it after I went on the Women's March in London last January, the same day that those marches were happening around the world. The one in London was huge and I went off that day like a lot of people feeling a mixture of frustration, desperation, thinking, "Why are we still having to protest the same stuff?" But I found the day itself really inspiring and it made me feel very positive seeing that number of people out in the streets protesting and clearly feeling angry about the same stuff, so when I came home I wanted to write something that captured something of that spirit. I saw a couple of people carrying a banner with the slogan Fight like a girl on it, and I thought, '"Well, you know, that's a good lyric right there." So, that's my starting point.

On how her husband's illness changed their relationship and music

I find it hard to imagine our relationship without that thing having happened. I can almost think of a before and after. ... In the immediate "after" we were different people for a while. He was very sick for a quite a long time and that meant quite a long convalescence, which meant physical recovery and also psychological recovery. And I do think he was someone who, for a while, was suffering from what would probably be called post-traumatic stress and he became very introverted, and I think was just dealing with a lot of it inside his head. So that was tricky, that had to be negotiated in the relationship.

Then we got back to work and became very focused and in some way ... the experience was very inspirational. It got both of us into a sort of work mode that was very impassioned and fired up and I think we made very good work in the aftermath of it, and then became very successful. So, there was this sort of very extreme contrast between what had happened during this year of the extreme illness and then suddenly this kind of outward trajectory through work that was being very well-reviewed.

I found it really tricky. Especially having the girls with us on tour and even having someone else around who was helping. Inevitably, the kids wanted me during the day so I spent a lot of the day doing "mum" things — taking them out to the nearby park, trying to sort out their meals, and then at the end of the day, putting them to bed and getting back to the venue, being in a dressing room, putting makeup on, getting onstage.

At that point, I suddenly felt that [on] stage you're required to turn back into this narcissistic pop star, and that's the essence of the job, really, when all day you've been being the self-sacrificing one. And that's quite a psychological split, and for me it was very difficult. I found it too tricky trying to be both those things at different hours of the day. ...

When I was onstage it was difficult for me, I think, to have that complete disconnect from thinking, "OK, what's happening back at the hotel? Are the kids asleep? Is everything alright? Am I going to get a call backstage?" All that was a distraction, which was what I think I meant when I said I felt I wasn't such a good performer because I was just distracted.

Amy Salit and Thea Chaloner produced and edited the audio of this interview. Bridget Bentz, Molly Seavy-Nesper and Sidney Madden adapted it for the Web.