Accessibility links
'Overboard': A Gender-Flipped Remake Stays Afloat Critic Scott Tobias says the updated Anna Faris/Eugenio Derbez take on the 1987 comedy is "not a particularly funny film, but it's big-hearted and sincere, with fine chemistry between the two leads." 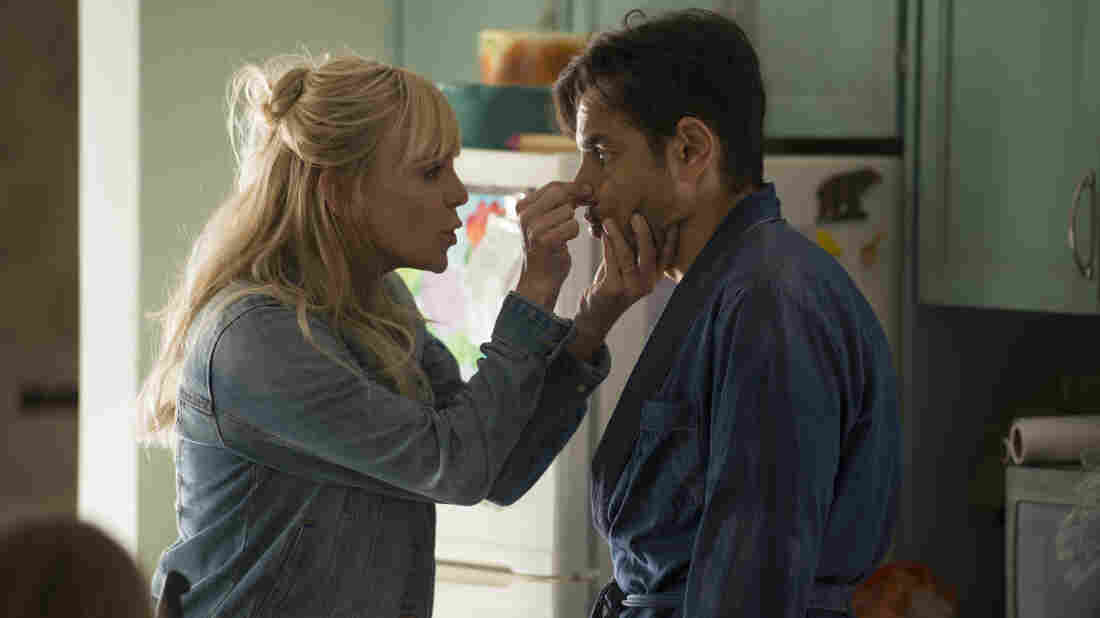 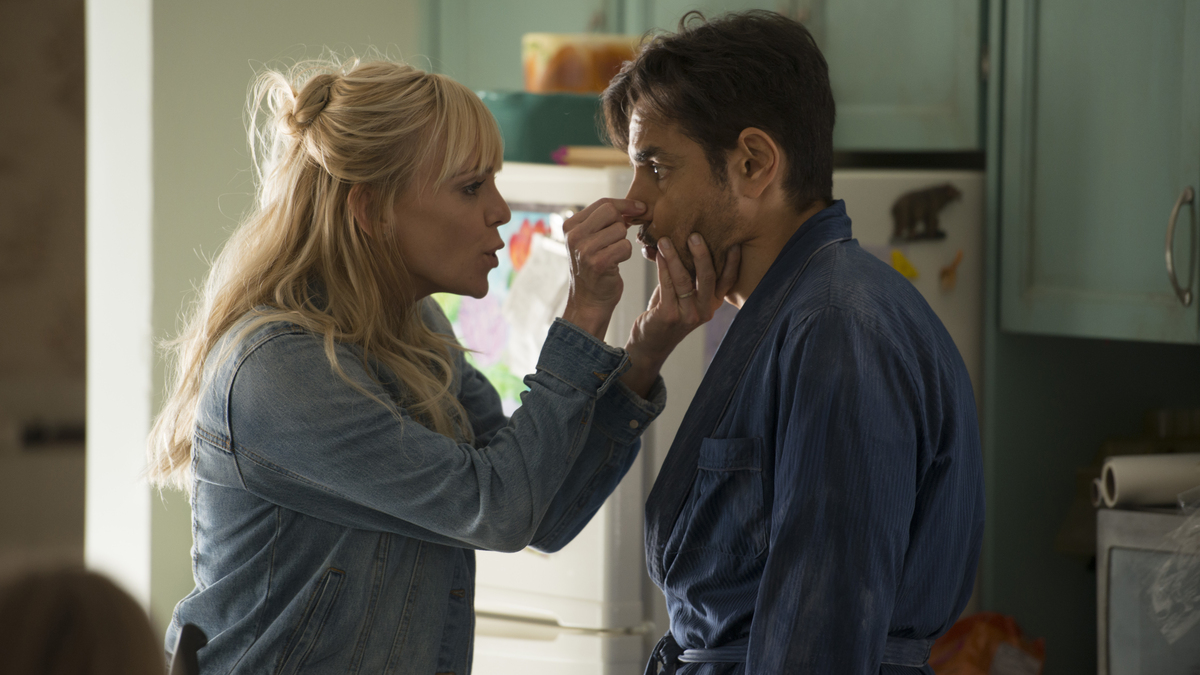 At first glance, the remake of Overboard sounds like the product of a wayward pitch meeting.

Given Anna Faris' status as Goldie Hawn's heir apparent — a modern-day Lucille Ball with an up-for-anything mania and a gift for the low arts of slapstick and pulling faces — it would make sense to cast her in a spruced-up version of Hawn's popular 1987 fish-out-of-water comedy. Yet that film's gender dynamics of the original film might seem, say, a little old-fashioned 30 years later, with Kurt Russell's widowed carpenter essentially forcing Hawn's snooty amnesiac into domestic servitude. So the solution wasn't to scrap the project altogether, but to swap gender roles, which means casting Faris in Russell's part and forgetting about the Faris/Hawn syncopation altogether.

And yet out of these conceptual lemons, the new Overboard makes an improbably decent batch of lemonade, albeit one with an extra scoop of sugar. Where the original played like a cross between vintage screwball and the sexual politics of Lina Wertmüller's 1974 arthouse provocation Swept Away, this version has been framed as a telenovela, which cleverly accommodates the twists and turns of the plot and its underlying romantic spirit. Though sprinkled with laughs here and there, it's not a particularly funny film, but it's big-hearted and sincere, with fine chemistry between the two leads and a family-first message that's delivered with unexpected conviction.

It's also a formidable English-language star vehicle for Eugenio Derbez, the multi-talented Mexican entertainer who's been trying to extend his popularity in Latin America to the states. Derbez has already scored two under-the-radar hits with 2013's Instructions Not Included (which he directed) and 2016's How to Be a Latin Lover, and his preening self-regard contrasts nicely with Faris' working-class flibbertigibbet. Though their roles have technically been reversed, there's more than a touch of Russell's swagger to Derbez's performance and Faris can't help but channel Hawn's giddy, punchy charm.

As with the 1987 Overboard, though, it has to work through an exceedingly labored set-up to get to the good stuff. As the prince-like heir to a supply-company fortune, Leonardo (Derbez) spends his days as a spoiled playboy who lives on his yacht and abuses the staff that attends to his every need. When Kate (Faris), a single mother of three, gets hired to clean up after one of his bedroom fracases, she has the temerity to push back against his insults and he responds by kicking her off the ship, along with $3,000 in company equipment. Despite having a second job at a pizzeria, Kate faces eviction from her home and the dimming prospect of passing a nursing exam later that month. So when Leonardo falls overboard during a storm and gets washed to shore with no memory of who he is, Kate's friend (Eva Longoria) hatches a scheme on her behalf: Pretend that Leonardo is really her husband and the father of their three girls, and make him work off all the money he owes her.

In true telenovela style, there's a host of colorful subplots: Leonardo's diabolical sister pretends he was eaten by sharks to seize control of the company, Kate's 72-year-old mother (Swoosie Kurtz) abandons her babysitting duties to appear in a retirement-home production of The Mikado, and the entire community unites to play their small role in this grand deception. Leonardo doesn't take to construction work and household chores well at first, but he starts to find his groove as Joe Lunchpail and Mr. Mom, and Kate and her girls come around to him in kind.

Overboard picks an abundance of low-hanging comic fruit, like Leonardo haplessly rolling a wheelbarrow up an incline or slipping on a floor full of spaghetti. But the film improves once it stops being about humbling the rich guy and starts being about the common graces of everyday life, which may be an assortment of clichés (home-cooked meals, Sunday football on the couch, family bike rides around the neighborhood), but are invested here with real feeling. It's a reminder that the appeal of the first film, too, wasn't in seeing a rich snob get her comeuppance, but in her realizing that there's wealth without money.

Another compelling aspect of this Overboard is that as the class differences between Leonardo and Kate are leveled out, the cultures they represent also meet on equal footing. The film has true crossover appeal, with nearly as much dialogue in Spanish as in English, and a pointed attempt on the part of Kate and her eldest daughter to learn a second language. Love over money may be its most obvious value, but Overboard goes about defining this American family as a melting pot in microcosm, quietly pushing back against the tribalist politics of the day.