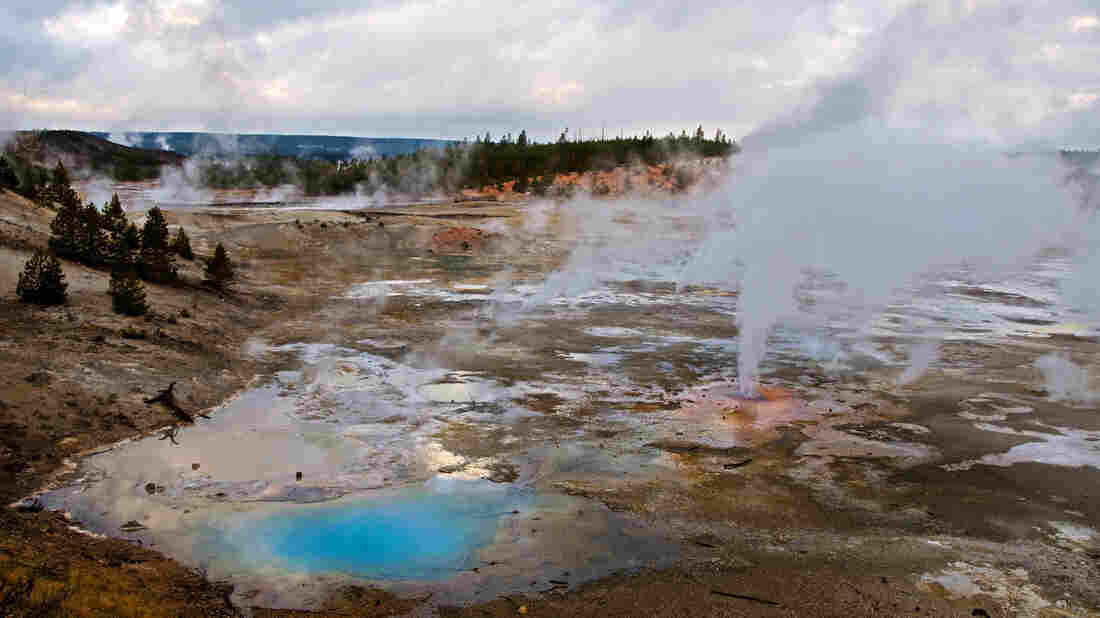 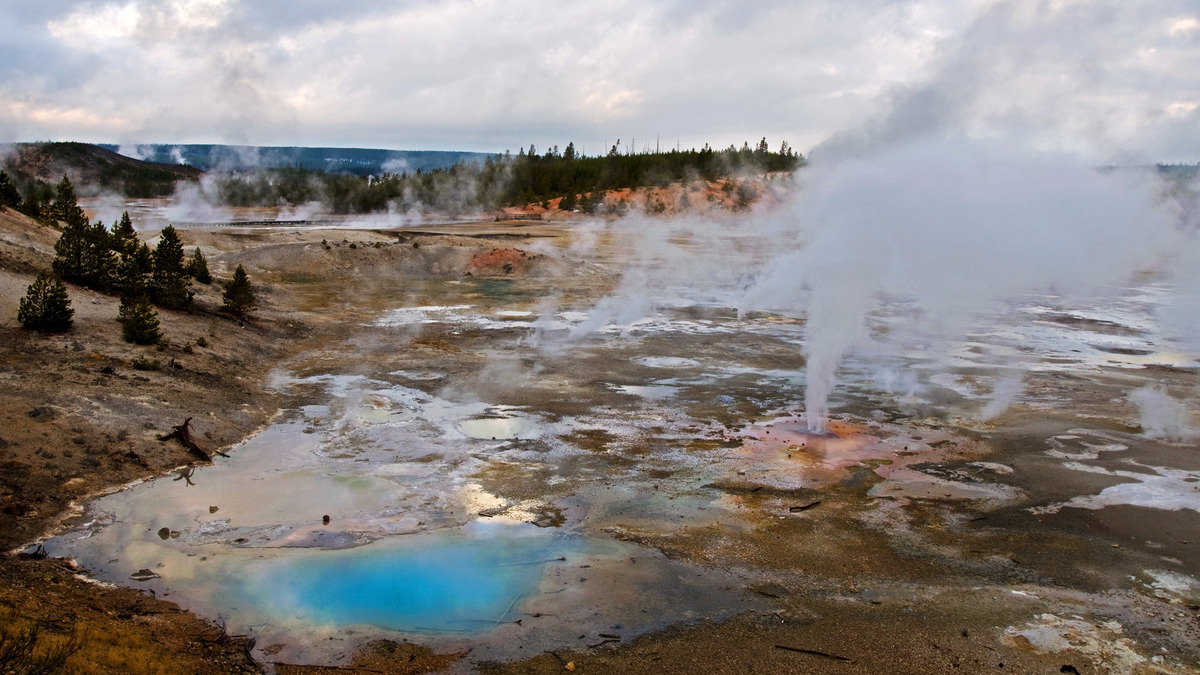 The world's largest active geyser has erupted three times in the past two months at Yellowstone National Park, leaving scientists puzzled by the sudden and relatively frequent explosions.

The Steamboat Geyser erupted on March 15, April 19 and April 27, marking the first time since 2003 that it has blown three times in a year, according to the U.S. Geological Survey's Yellowstone Volcano Observatory. Scientists are confused by the recent surge in activity at Yellowstone, the national park that lies on top of a giant volcanic hot spot and sprawls across Wyoming, Montana and Idaho.

Steamboat — like most other geysers — is known for sporadic eruptions, says Bob Smith, a distinguished professor at the University of Utah, who has studied the geysers at Yellowstone for 61 years. The last time Steamboat erupted was in September 2014, according to Reuters. 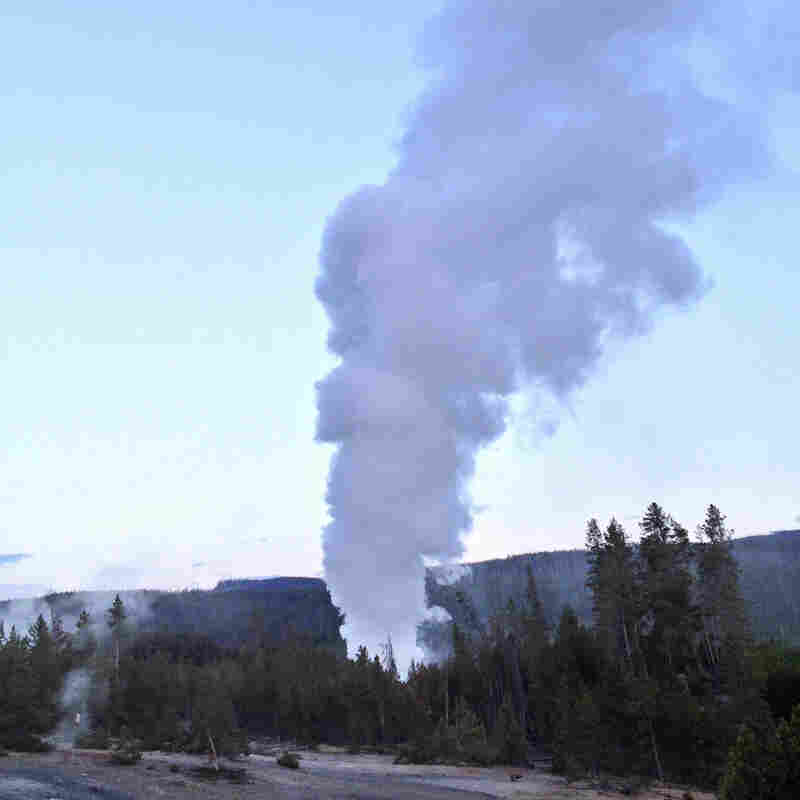 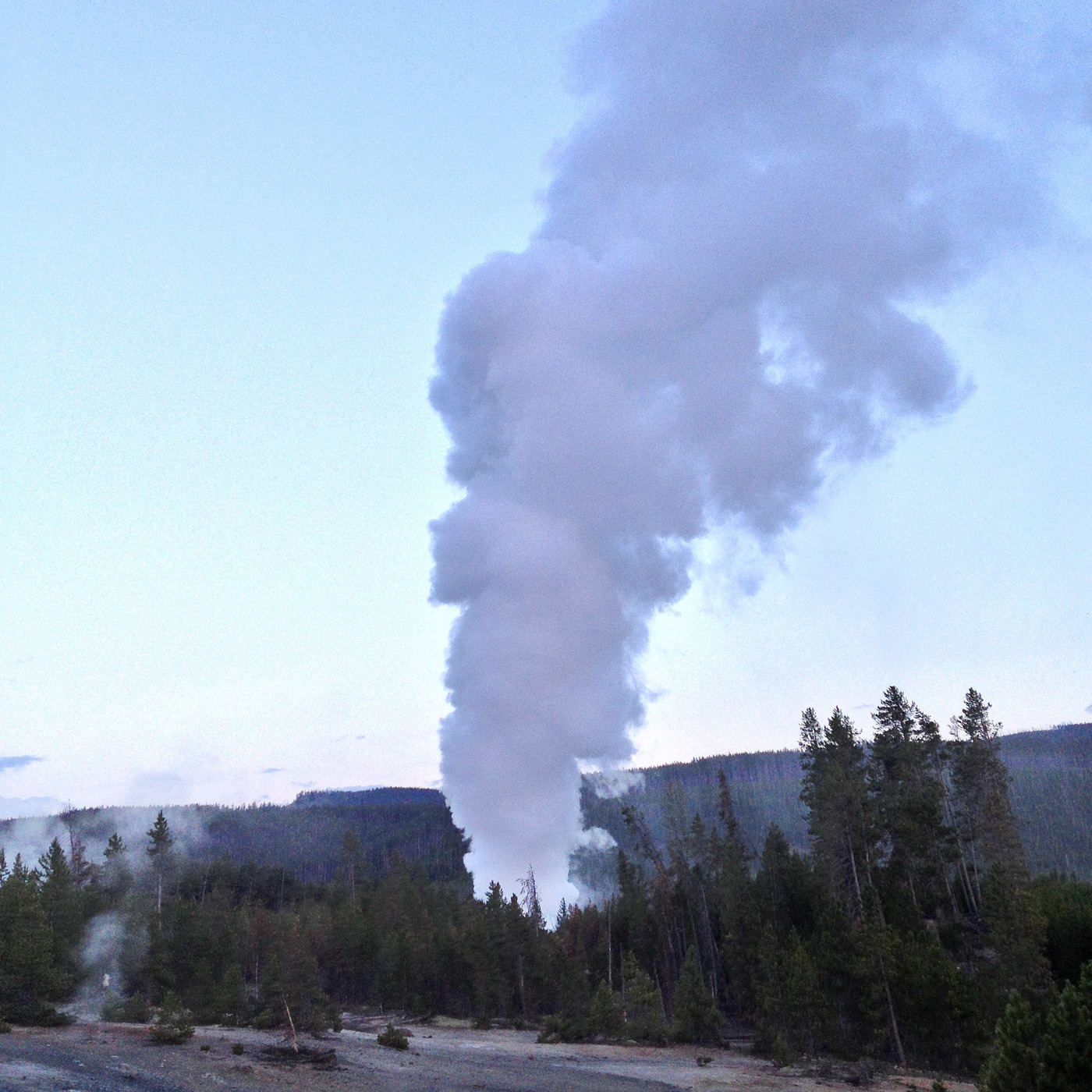 What makes this set of eruptions "more unique is that the three have happened in such a short time, you know, roughly within two months," Smith tells Here & Now's Jeremy Hobson. "And that's the unusual nature to me, but I've never seen it like that before."

The three eruptions were relatively small in scale for Steamboat, which can push water as high as 300 feet, and they were also relatively smaller than the one in 2014. Though scientists don't know why Steamboat erupted, they say it is unlikely the geyser would trigger a catastrophic eruption of the supervolcano.

"There is nothing to indicate that any sort of volcanic eruption is imminent," Michael Poland, the scientist who leads the Yellowstone Volcano Observatory, told The Washington Post, adding that the last eruption was 70,000 years ago.

Geysers are fairly rare geological phenomena that exist in only a few places on the planet. They erupt when magma heats up the gases and water in a reservoir beneath the Earth's surface, sparking the gushing of water that lasts minutes and then the spewing of steam that can last days. The process is similar to what happens when you put a teapot on the stove, Smith told NPR last year.

"You fill a teakettle up with cold water and put it on the stove. And as the teakettle heats, it takes so many minutes," he said. "And then finally, when the pressure from the steam and hot water is big enough, it pops open the teakettle nozzle, if you wish, and out comes the steam."

Geologists don't agree on the cause of the latest series of eruptions, but they say it could be the result of a thermal disturbance in the Norris Geyser Basin. Or it is likely Steamboat may be having smaller, more frequent eruptions than one giant one.

"This system, which puts out 70,000 gallons or so of water each eruption, must have a rather rapid recharge of its underground reservoir to have this high repeat time," Smith explains.

The 2003 eruptions were linked to a thermal disturbance that killed trees and simmered trails, according to the park service.

Yellowstone's most famous geyser, aptly named Old Faithful, is an exception to the rule. Its regular eruptions, which occur about every one to two hours, are monitored by a park-run Twitter feed.

Scientists believe that Old Faithful erupts in regular intervals because it has a simple underground structure, Poland told the Post; whereas Steamboat's plumbing is likely more complicated with irregular magma movement.

"This is what geysers do. They erupt," Poland said. "It's nothing to be afraid about."