Accessibility links
Amazon HQ2, Washington D.C. Battles Its Suburbs In Virginia And Maryland Amazon is working on a whittled-down list of cities where it might build the second headquarters. Among the bidders, Washington, D.C., stands out for competing against two of its next-door neighbors. 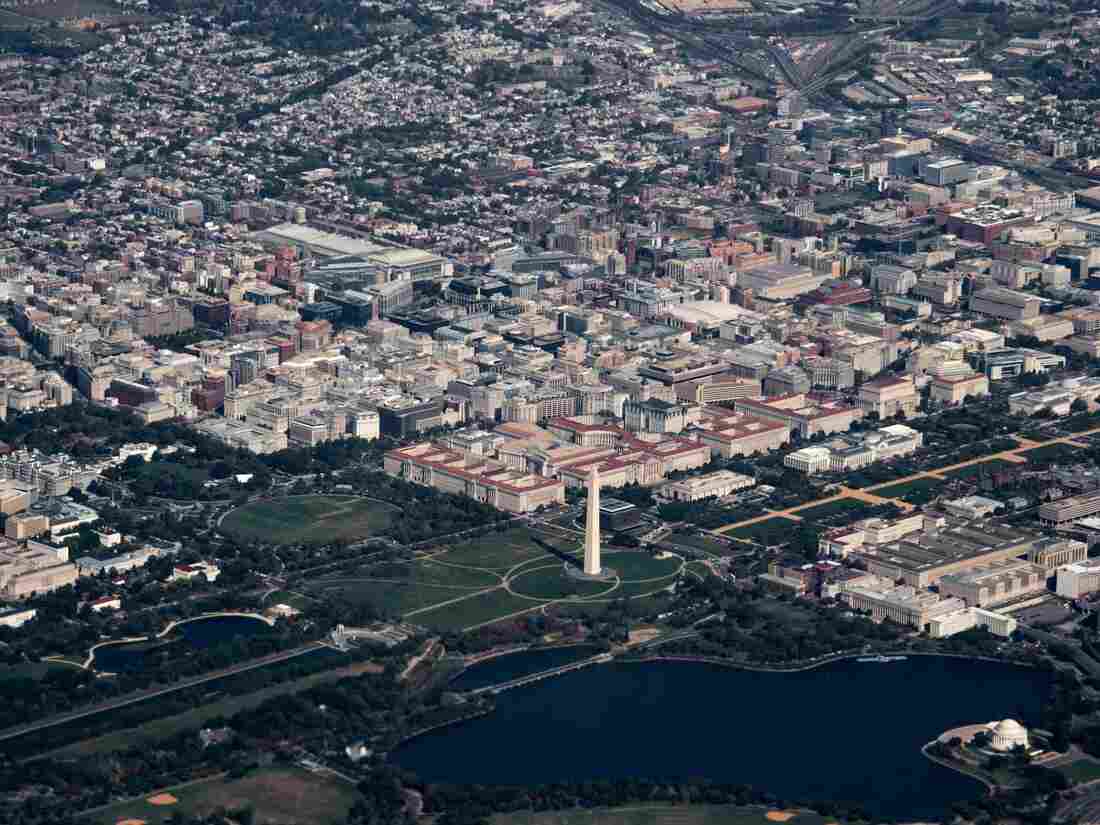 Washington, D.C., is competing against its suburbs in Virginia and Maryland for Amazon's second headquarters. Nicholas Kamm/AFP/Getty Images hide caption 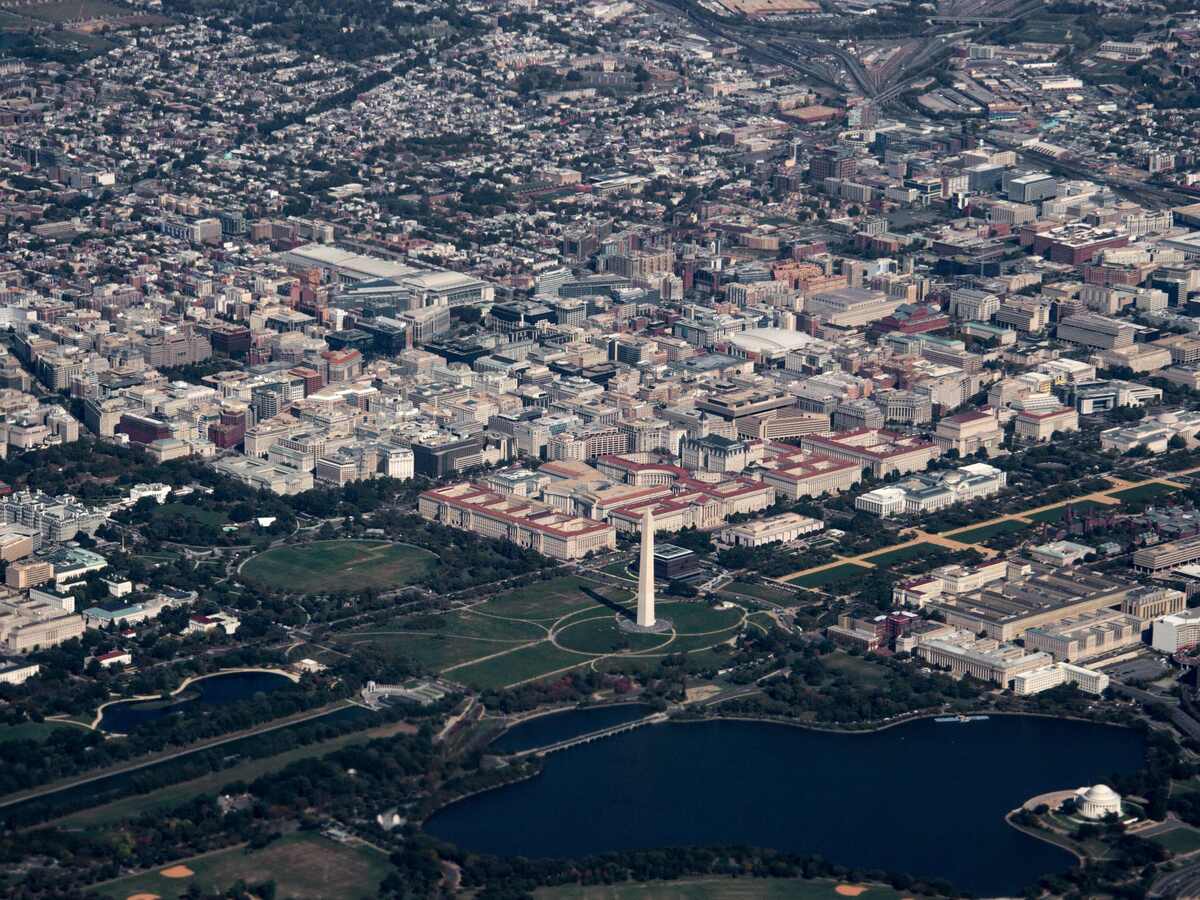 Washington, D.C., is competing against its suburbs in Virginia and Maryland for Amazon's second headquarters.

When it comes to the Olympic-style bidding for Amazon's second headquarters, the nation's capital and its neighbors could have joined together in a united front.

Instead, the District of Columbia and the suburbs of Maryland and Virginia decided to compete against each other.

As Amazon is working to whittle down the 20 finalists to a new shortlist in coming weeks, cities are abuzz with the company's megapromise of a $5 billion investment and up to 50,000 jobs paying an average of $100,000 a year.

Several major metropolitan areas, like Denver and Dallas, came together with their neighbors to create a unified pitch to woo Amazon. But the Washington metro area — the city and two of its suburbs in Northern Virginia and Maryland's Montgomery County — is sitting on three of the coveted spots vying to be Amazon's second home.

And that's after Amazon eliminated a fourth bid from the region, which came from an entirely different D.C. suburb in Maryland.

"I call us frenemies," says Victor Hoskins, with a laugh.

He's the director of economic development in Arlington County, which participated in the Northern Virginia bid for Amazon. But he has also worked for the city of Washington and for Maryland.

And he has another word for the region's relationship: "coopetition."

When it comes to the actual bids, Maryland has come out swinging. The state has approved one of the country's largest publicly disclosed incentive packages — tax breaks and other perks for Amazon worth $5.6 billion.

Virginia has not disclosed its financial incentive package. The District of Columbia did share documents in response to WAMU's open-records request but redacted more than two pages' worth of details.

The unified front that could have been

The Washington region is considered a strong contender to host Amazon's second headquarters — thanks to the area's shared qualifications. All three finalists' pitches tout many of the same perks, such as the airports of Virginia and Maryland, the District's free museums, the regional subway system, lots of universities and the highly educated workforce.

And, if Amazon chose D.C., its 50,000 jobs would inevitably draw workers from the entire region — while the overall regional economy would benefit from the prestige. Plus, Amazon's bidding instructions to cities state: "We encourage states, provinces and metro areas to coordinate with relevant jurisdictions to submit one (1) [request for proposal] for your [metropolitan statistical area]."

But the nation's capital is a little different from other metropolitan areas with big suburbs. Washington suburbs belong to different jurisdictions, and sometimes to different states. That means different taxpayers and different mayors and governors who want to bring home their own bacon. 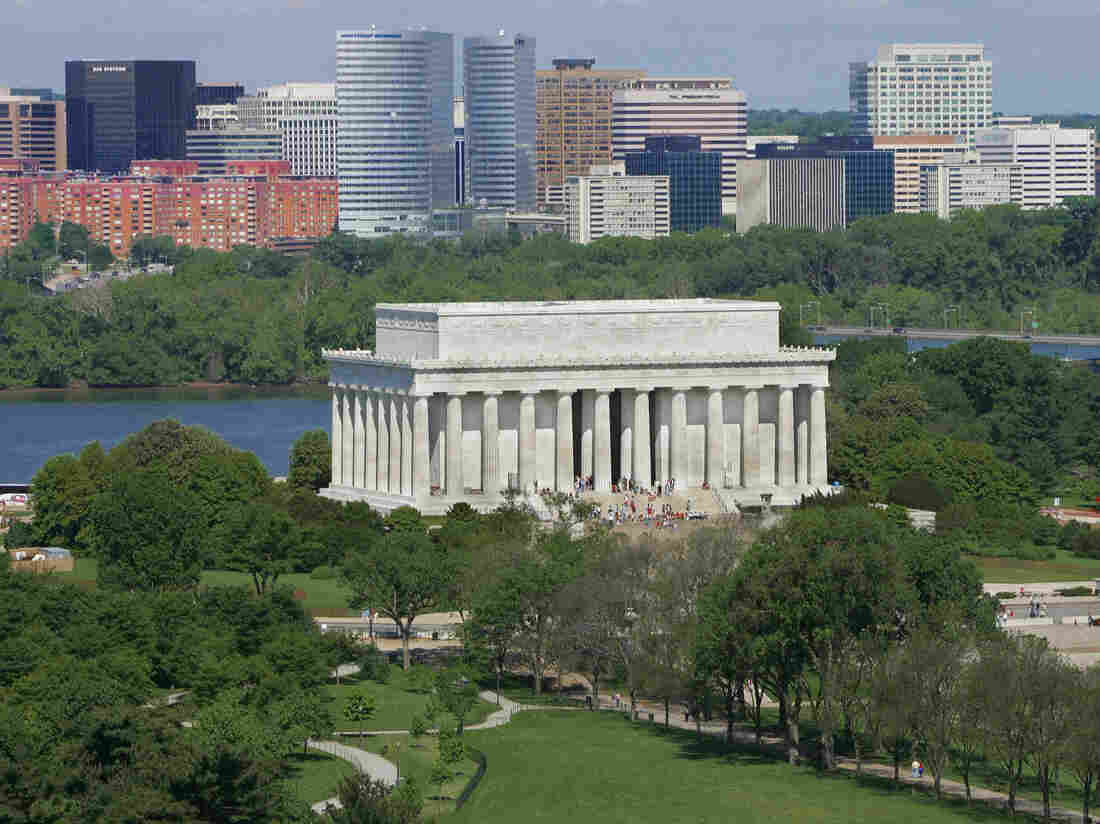 The skyline of Rosslyn, Va., is seen behind the Lincoln Memorial in Washington, D.C. Rosslyn is located in Arington County, a participant in the HQ bid from Northern Virginia. Paul J. Richards/AFP/Getty Images hide caption 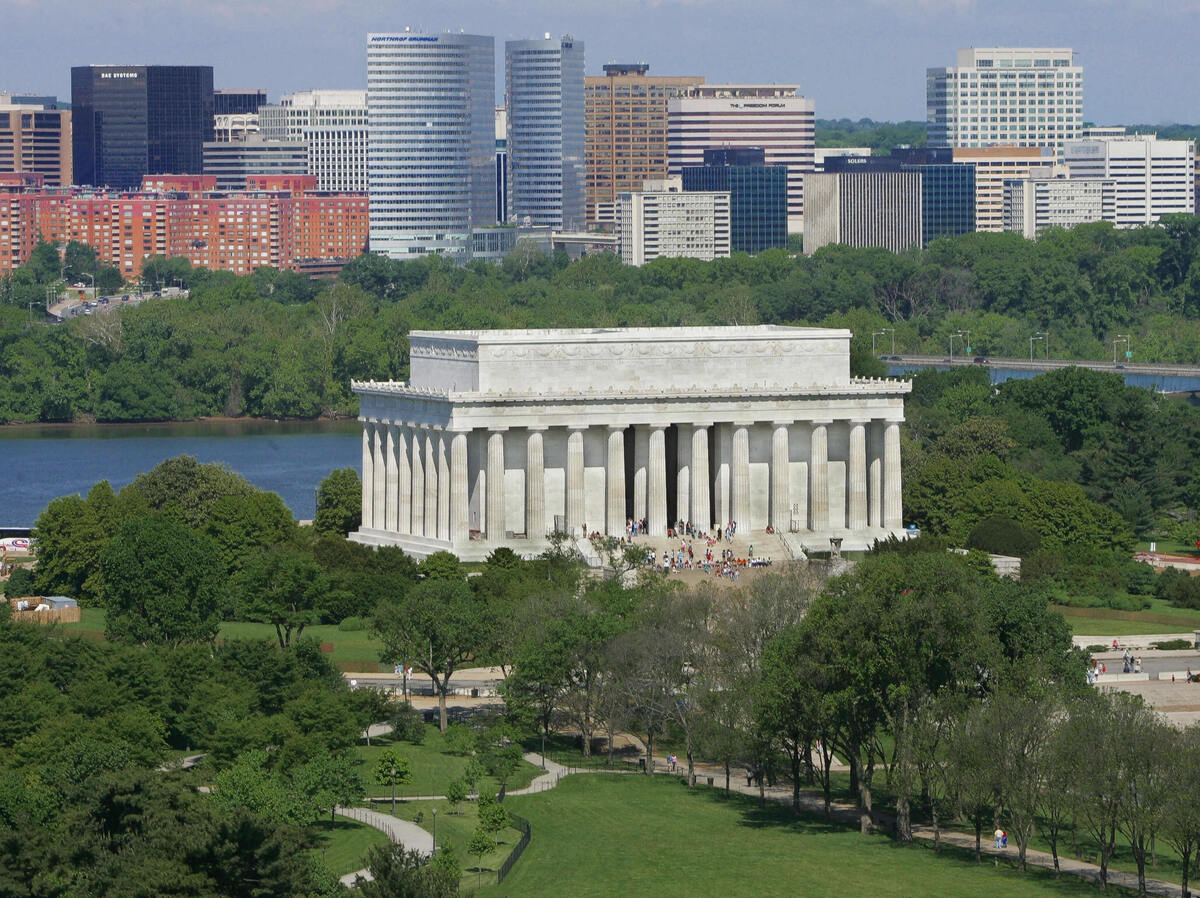 The skyline of Rosslyn, Va., is seen behind the Lincoln Memorial in Washington, D.C. Rosslyn is located in Arington County, a participant in the HQ bid from Northern Virginia.

Early in the process, a regional group of 300 elected officials from the area, called the Metropolitan Washington Council of Governments, broached the idea of the entire region pooling together on one unified bid. But Amazon gave them a tight deadline — just six weeks. And the regional divides ran deep. The effort proved short-lived.

Hoskins says it takes a major breakthrough — something like tackling the regional subway system — to persuade separate municipalities to spend their taxpayer money on a joint mission that benefits other jurisdictions. It took Washington, Maryland and Virginia more than 40 years to agree on dedicated funding for the regional Metro.

The fourth bid and regional love

The bottom line is that even if the whole region benefits from Amazon's presence, only the winning location gets the most tax benefits, such as corporate income and added property taxes, local officials say.

"Nobody's going to share that," says David Iannucci, director of economic development in Maryland's Prince George's County, which wraps around the District on the eastern side.

Prince George's County was behind that fourth — now rejected — pitch from the Washington metro area. Iannucci says the Maryland governor's office essentially told all interested counties to submit individual bids. Only one made the cut.

Iannucci says Amazon told his county that it didn't make the finalist list because it lacks senior software development engineers. His county, ironically, is the one with the University of Maryland, College Park, which is known for its top-rated computer science program — one that's definitely mentioned by the three finalist bids from the region.

These days, the three D.C.-area finalists are taking great pains to say how much they like each other, at least as a region. A few weeks after they made the top-20 list, the governors of Maryland and Virginia along with the mayor of Washington wrote a letter to Amazon CEO Jeff Bezos:

"The reality is that Maryland, Virginia, and Washington, D.C., are much more than just neighbors. We are partners. ... In many ways, our jurisdictions have embraced a shared vision for the future."

The letter stopped short of endorsing any one location.

In a statement, Washington's deputy mayor, Brian Kenner, struck the same pro-region sentiment: "We know that if Amazon chooses the Washington region for its second headquarters, it would provide jobs and economic opportunity across the region, including in the District of Columbia," he said. "If one wins, we all win."

Amazon, for its part, declined to comment on specific proposals, but a spokesperson said the company is working with each candidate city "to dive deeper on their proposals and share additional information about the company's plans."

And for now, that means Amazon has to choose among not just 20 metropolitan areas but three neighbors in one of them. Though some folks around Washington would say, that's three times the chances of winning.

Martin Austermuhle is a reporter at member station WAMU in Washington, D.C.