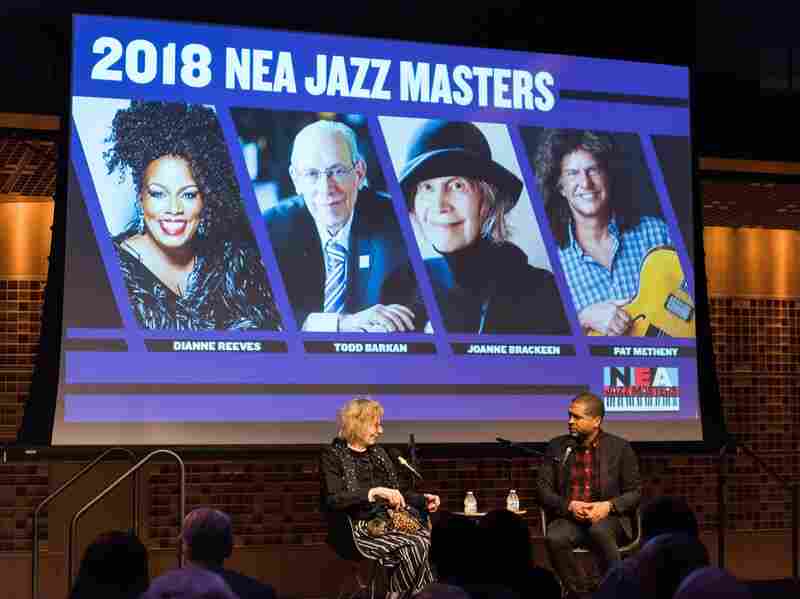 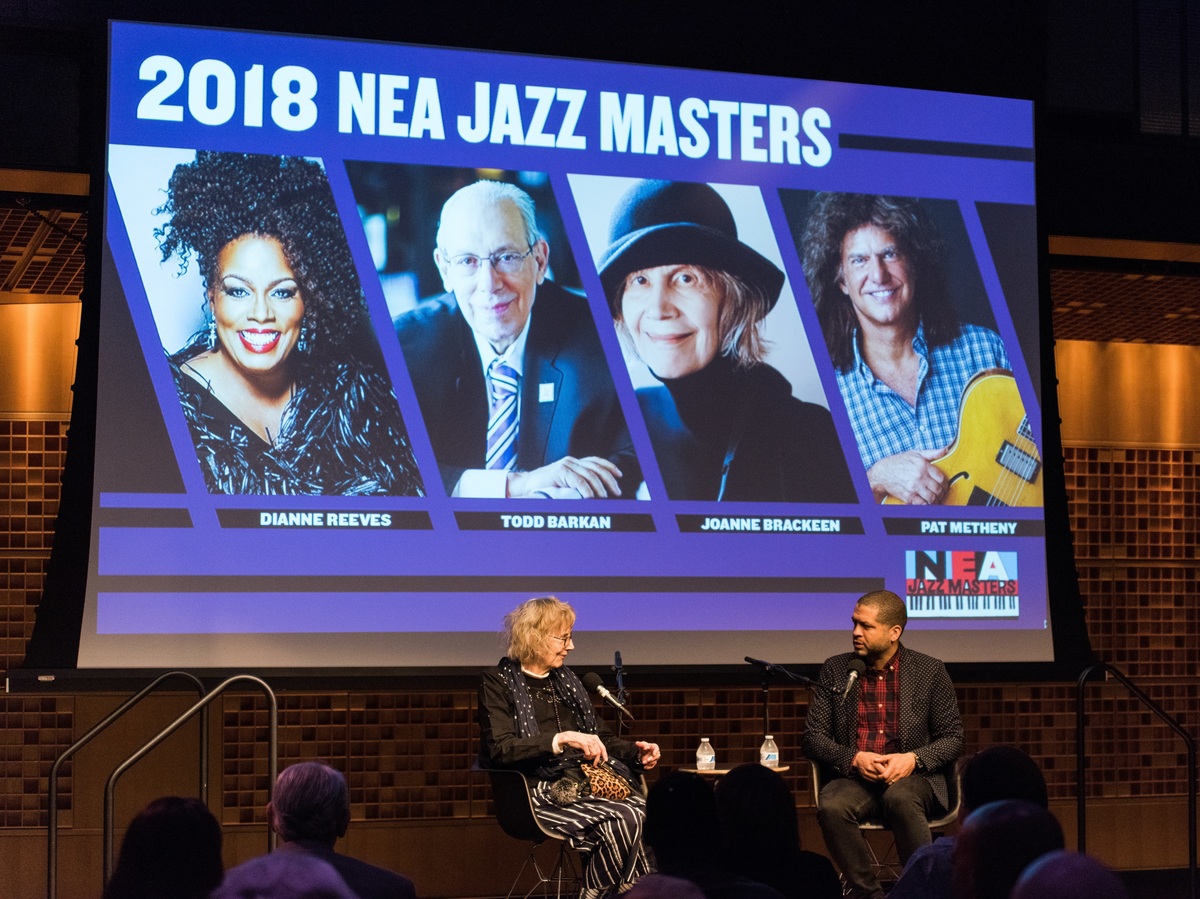 Joanne Brackeen and Jason Moran at NPR's Studio One in Washington, D.C.

The celebration of the nation's highest honor in jazz included a tribute concert at the John F. Kennedy Center for the Performing Arts in Washington, D.C., and a listening party hosted by Jason Moran, pianist and artistic director for jazz at the Kennedy Center. Moran took the stage at NPR's Studio One with Barkan, Metheny and Brackeen. (Drummer, composer and producer Terri Lynne Carrington sat in for Dianne Reeves, whose schedule would not allow her to make it.)

The musicians talked freely about their careers, and listened to the music that had made formative impacts in their lives. Rather than a concert, this week we're sharing these intimate conversations. Listen in the player above.