Accessibility links
Trump And Pence Address NRA Amid Tense Gun Debate The president assured the group, which has become a lightning rod since the deadly school shooting in Parkland, Fla., that it has "an administration fighting to protect your Second Amendment." 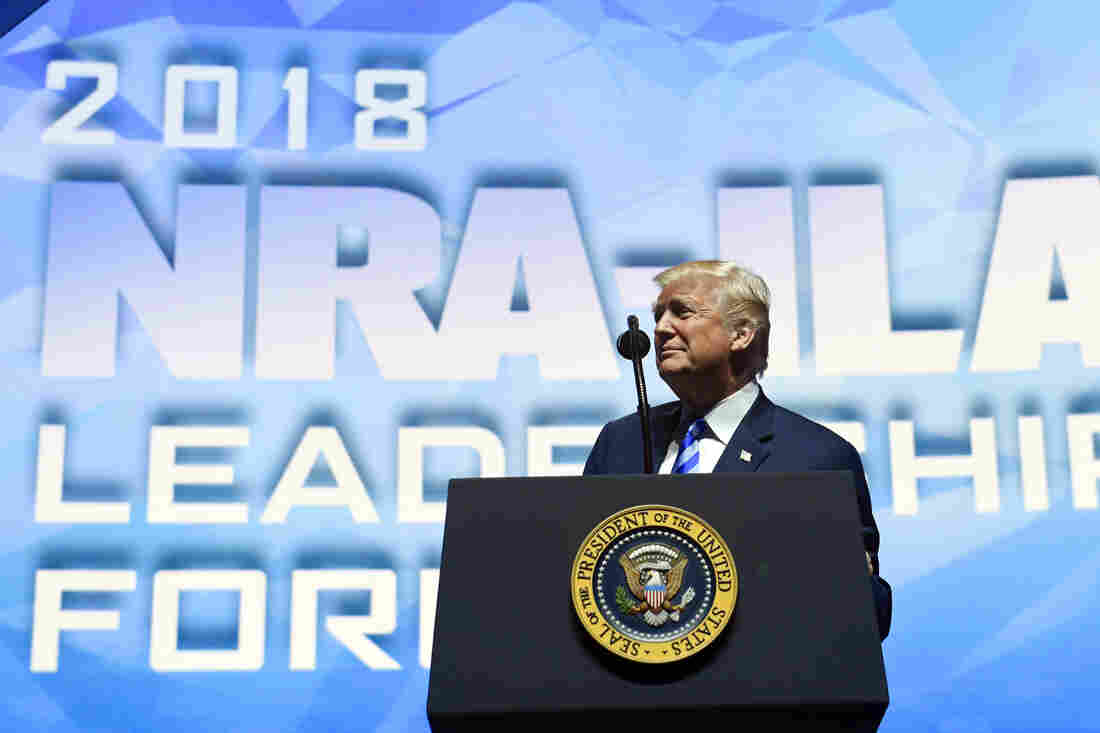 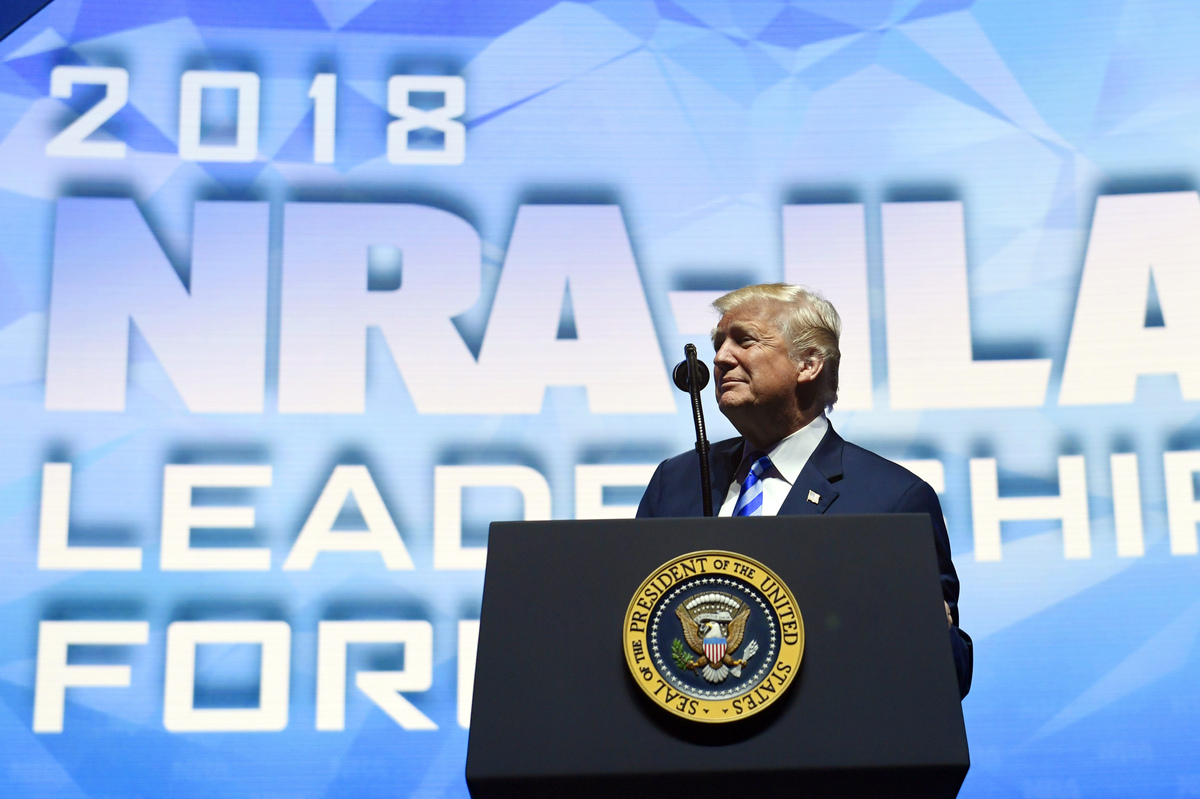 President Trump speaks to a cheering audience at the National Rifle Association's annual convention in Dallas on Friday.

Click here if you don't see the video player in this story.

President Trump and Vice President Pence spoke to the National Rifle Association at the organization's annual meeting in Dallas on Friday — renewing a political partnership that was briefly tested by the deadly school shooting in Parkland, Fla.

Trump said he had been warned by political advisers that appearing before the NRA might not be popular in the current climate. But he brushed those cautions aside.

"You know what I said? 'Bye-bye. Got to get on the plane,' " Trump told the cheering crowd. "Because we have to do the right thing"

It's the fourth year in a row Trump has addressed the gun rights organization, which was a strong backer of his 2016 campaign. Last year was the first time a sitting president had addressed the group since Ronald Reagan did so in 1983.

"The people in this hall have never taken our freedom for granted," Trump said. "Thanks to your activism and dedication, you have an administration fighting to protect your Second Amendment."

Trump's full-throated support for the NRA appeared to soften somewhat in February, after the school shooting at Marjory Stoneman Douglas High School that killed 17 people. After meeting with families of some of the victims, Trump flirted with gun control measures the NRA opposes, such as raising the minimum age for long gun purchasers to 21.

At a White House meeting with lawmakers, Trump even criticized his fellow Republicans for their timid approach to gun control legislation, suggesting they were "afraid of the NRA."

But the administration ultimately aligned itself with the gun lobby, rejecting all but the mildest gun control measures while endorsing the idea of arming teachers and other school employees to serve as volunteer marshals.

Trump also adopted NRA rhetoric, noting that strict gun laws in France failed to stop the deadly attack on the Bataclan concert hall and other Paris venues in 2015. Researchers have noted that gun deaths in other developed countries are a tiny fraction of those in the U.S.

While state lawmakers in Florida adopted a higher age limit for gun buyers, action at the federal level was shunted to a new school safety commission, which has no deadline to report.

Trump stopped short of calling for universal background checks, though he endorsed a bill making improvements to the federal database used to screen would-be gun buyers. He also supported the Stop School Violence Act, which aims to identify troubled young people but makes no mention of guns.

The president did distance himself from one of the NRA's top legislative priorities: a bill to make concealed-carry permits from any state valid nationwide. While the GOP-controlled House passed the measure, Trump argued it's a non-starter in the closely divided Senate.

Trump has also encouraged states to pass so-called "red flag" laws, which allow law enforcement to temporarily take guns away from people judged to be a threat to themselves or others.

"Law-abiding gun owners want to keep firearms out of the hands of those who pose a danger to themselves and to others," Trump said Friday.

The NRA has opposed such laws in the past.

In his remarks on Friday, Pence acknowledged that the school shooting in Florida and other attacks have left the nation "searching for answers."

"We mourn with those who mourn and grieve with those who grieve," the vice president said. "But we also resolve to confront this menace with all our strength. And we are doing just that under the leadership of this president."

A previous version of this story incorrectly said the series of attacks on the Bataclan concert hall and other Paris venues took place in 2016. The attacks took place in November 2015. Additionally, a previous correction misspelled Bataclan as Baraclan.