Accessibility links
Get Caught Up On Donald Trump's Complex Web Of Legal Challenges The president is dealing with three lawsuits from two women, a federal criminal investigation of his longtime attorney and the Justice Department's probe of the 2016 election.

Get Caught Up On Donald Trump's Complex Web Of Legal Challenges

Get Caught Up On Donald Trump's Complex Web Of Legal Challenges 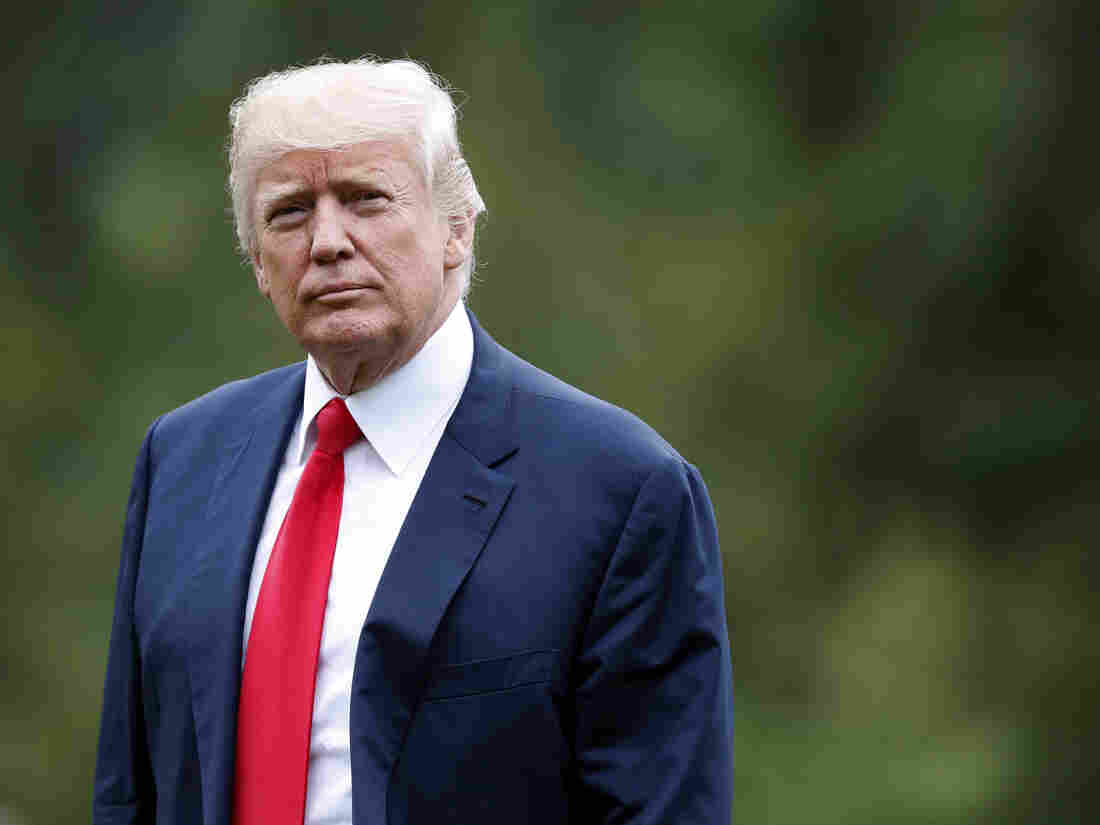 President Trump is confronting federal investigations and civil lawsuits, but he calls the focus on his legal challenges a distraction. Alex Brandon/AP hide caption 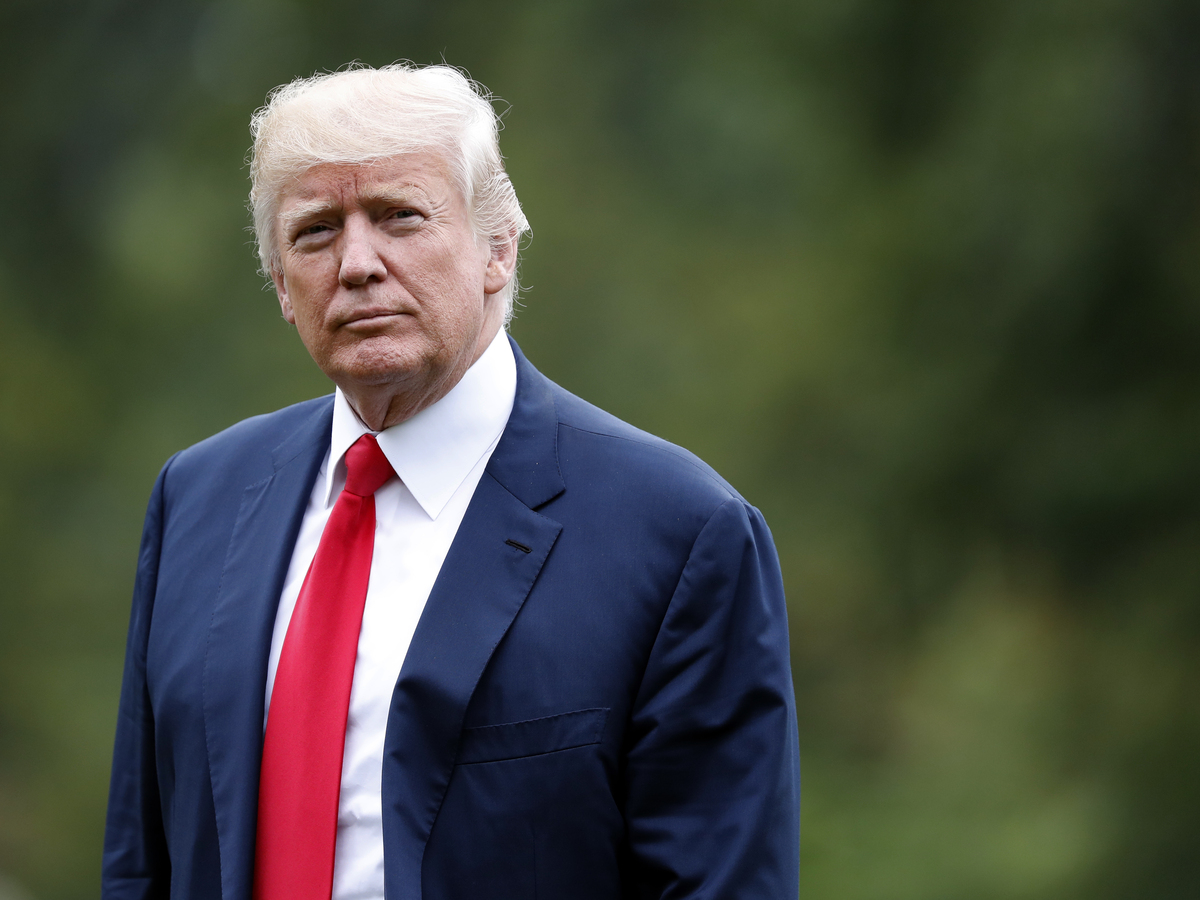 President Trump is confronting federal investigations and civil lawsuits, but he calls the focus on his legal challenges a distraction.

As a businessman, Donald Trump was not shy about jumping into the trenches for litigious battles large and small. In fact, he seemed to almost relish the fight.

The game has changed, however, since Trump won the White House, and his enthusiasm for such scraps may have waned as the legal challenges facing him have piled up.

It's all a distraction, Trump says, from the real work of his administration.

The biggest headache is Justice Department special counsel Robert Mueller's Russia investigation. The former FBI director and his team are probing possible coordination between the Trump campaign and Russia's attack on the 2016 election.

But Trump's legal troubles don't end there. He also faces lawsuits brought by women who accuse him of defamation, among other things, while a federal investigation into his longtime personal lawyer has opened up yet-another potentially damaging front.

Here's what you need to know about the president's various legal cases and the potential threats they pose. 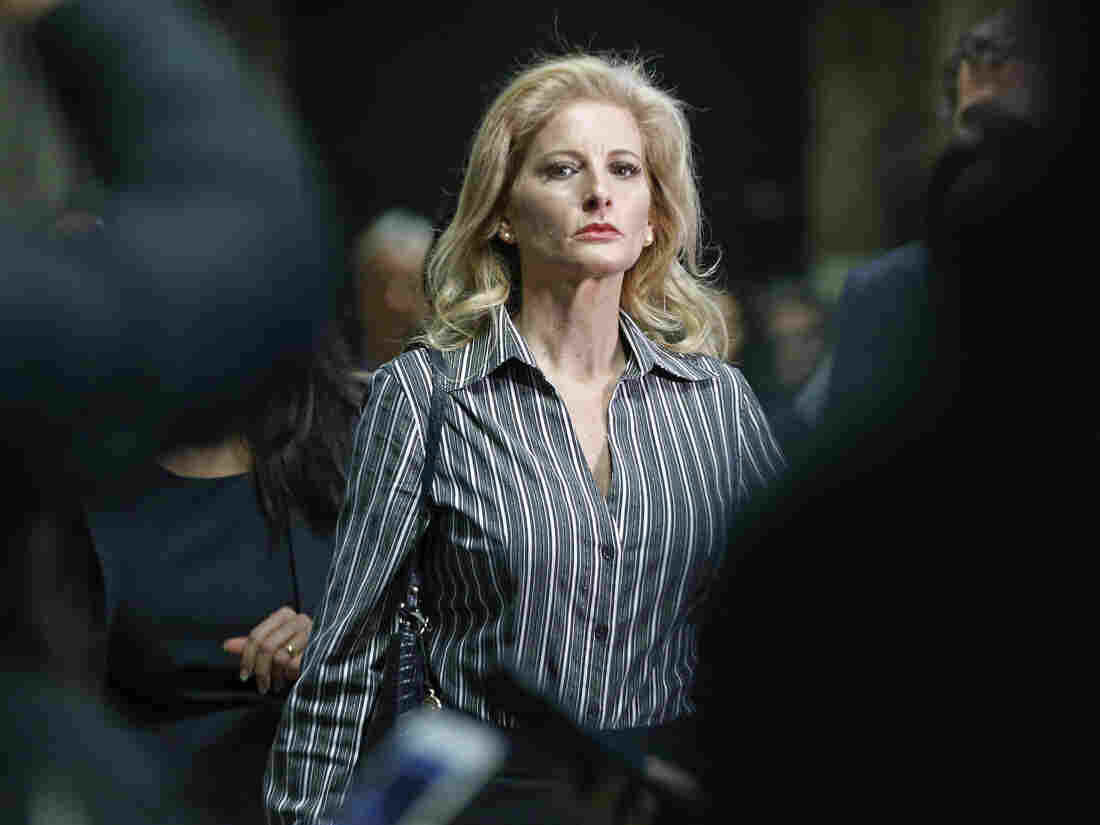 Summer Zervos, a onetime contestant on Donald Trump's show The Apprentice, is suing him for defamation, saying he wrongfully accused her of being a liar when she and several other women came forward with sexual misconduct allegations. Kathy Willens/AP hide caption 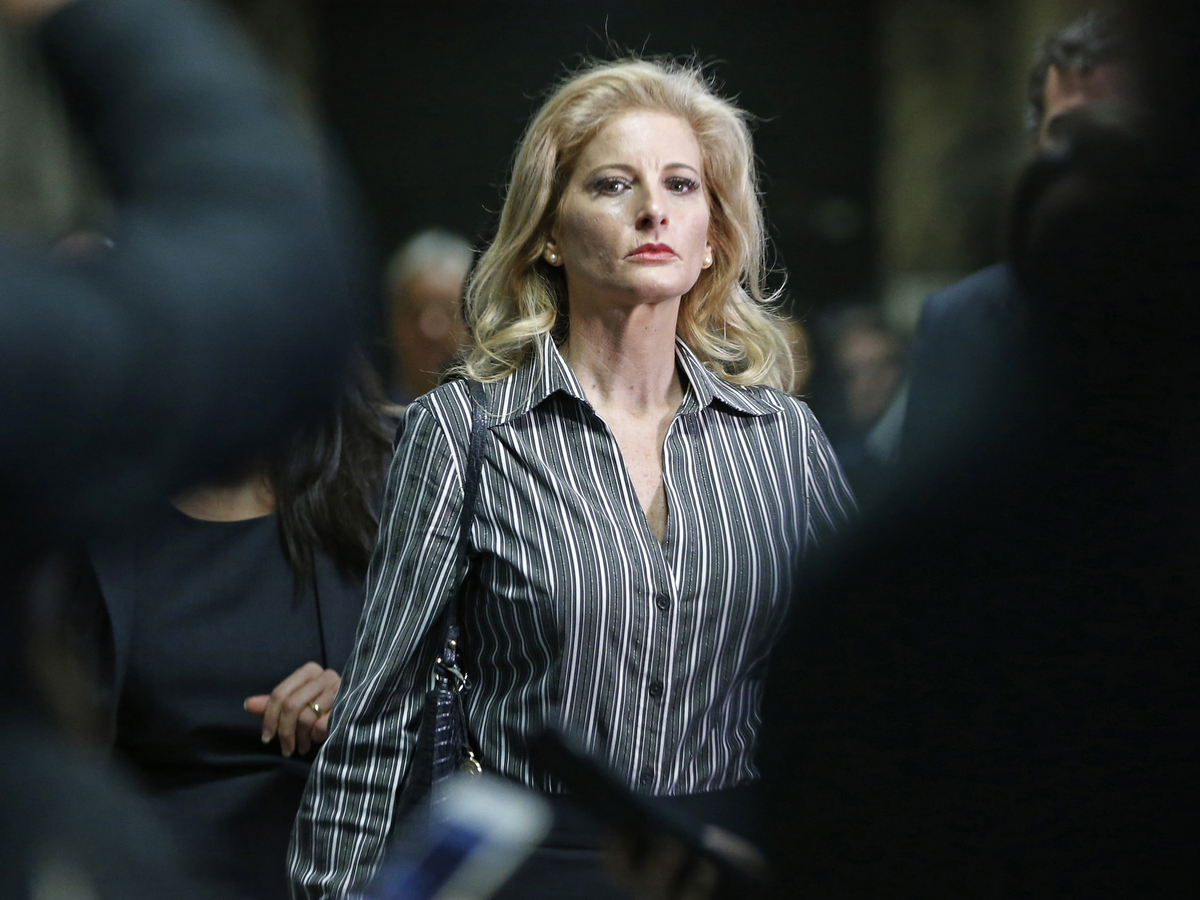 Summer Zervos, a onetime contestant on Donald Trump's show The Apprentice, is suing him for defamation, saying he wrongfully accused her of being a liar when she and several other women came forward with sexual misconduct allegations.

The Daniels matter has received far more media attention, in part because of the relentless cable TV appearances by her lawyer, Michael Avenatti. But the Zervos suit before the New York Supreme Court (the trial court in the state) is further along legally, having already survived a motion to dismiss it. It may, in fact, be the more immediate danger to the president.

Zervos is suing Trump for defamation, saying he wrongfully accused her of being a liar when she and several other women came forward with sexual misconduct allegations against Trump. The president denies the claims.

This week in the Zervos case, subpoenas were issued to media company Metro-Goldwyn-Mayer, which owns the archives of The Apprentice, and the Beverly Hills Hotel, where Zervos says Trump groped her.

"We're gathering evidence that we believe will prove that the defendant lied when he falsely denigrated Ms. Zervos and when he denied sexually assaulting her," Zervos' lawyer, Mariann Wang, told The New York Times.

She filed a defamation suit on Monday. Daniels, whose given name is Stephanie Clifford, says Trump defamed her when he said on Twitter that the sketch of a man who she says threatened her in 2011 was a "total con job."

In a separate suit, Daniels also is suing Trump to get out of a nondisclosure agreement she signed a month before the 2016 election to keep silent about her alleged sexual encounter with Trump. The president's longtime personal lawyer, Michael Cohen, and the shell company Cohen set up to make that $130,000 payment to Daniels, are also named in the suit.

The federal judge presiding over this case put the matter on hold for 90 days at Cohen's request in light of the criminal investigation in New York City into Cohen's business dealings.

Zervos' and Daniels' cases are civil, not criminal, but they still pose a measure of risk to the president. If they reach the discovery phase, the plaintiffs can request documents and depositions, including from the president. That could be embarrassing for Trump, lawyers say.

"What you usually find in depositions is that questions are wide-ranging, and they do sometimes go into personal matters," said Roscoe C. Howard Jr., a former U.S. attorney who is now a partner with Barnes and Thornburg. "There could be some areas where they go into some pretty meaty things for the president."

Trump's financial documents, for example, also could be subject to discovery in these cases, as could any payments — if they exist — made to other women on Trump's behalf.

Cohen is a wild card. He worked as Trump's personal lawyer and fixer for about a decade, but he has also had his hands in a range of other business ventures.

The FBI raided Cohen's residences and office in April as part of a criminal investigation into his business affairs. Agents seized boxes of documents, electronic devices and other items.

It's unclear, at this point, what is in those materials. Investigators haven't looked through them yet because of a dispute over attorney-client privilege.

An independent attorney known as a special master has been appointed by the court to review the items and determine what is protected by attorney-client privilege and what is not.

Materials that are not protected will be handed over to prosecutors for their investigation. They'll likely use it in drafting an indictment against Cohen, who so far has not been charged.

Trump lashed out after the raid, calling it a disgrace and an attack on the country. He has hired another lawyer to represent him in the case and to try to shield his communications and documents from investigators.

What is clear is that federal investigators in Manhattan have been building a case against Cohen for months as part of a grand jury investigation into his business practices. And they had enough evidence already to persuade a judge to grant them a search warrant of the office of not just an attorney, but the president's attorney, which is a high bar to clear.

Once prosecutors are able to sift through the materials they recovered in the raids, one question that may emerge is whether they have so much evidence they could ask Cohen to accept a deal in which he would plead guilty and cooperate with them against Trump.

"You put as much pressure on an individual in Cohen's position as you can, with the idea that they will tell you everything that they know," Howard said. 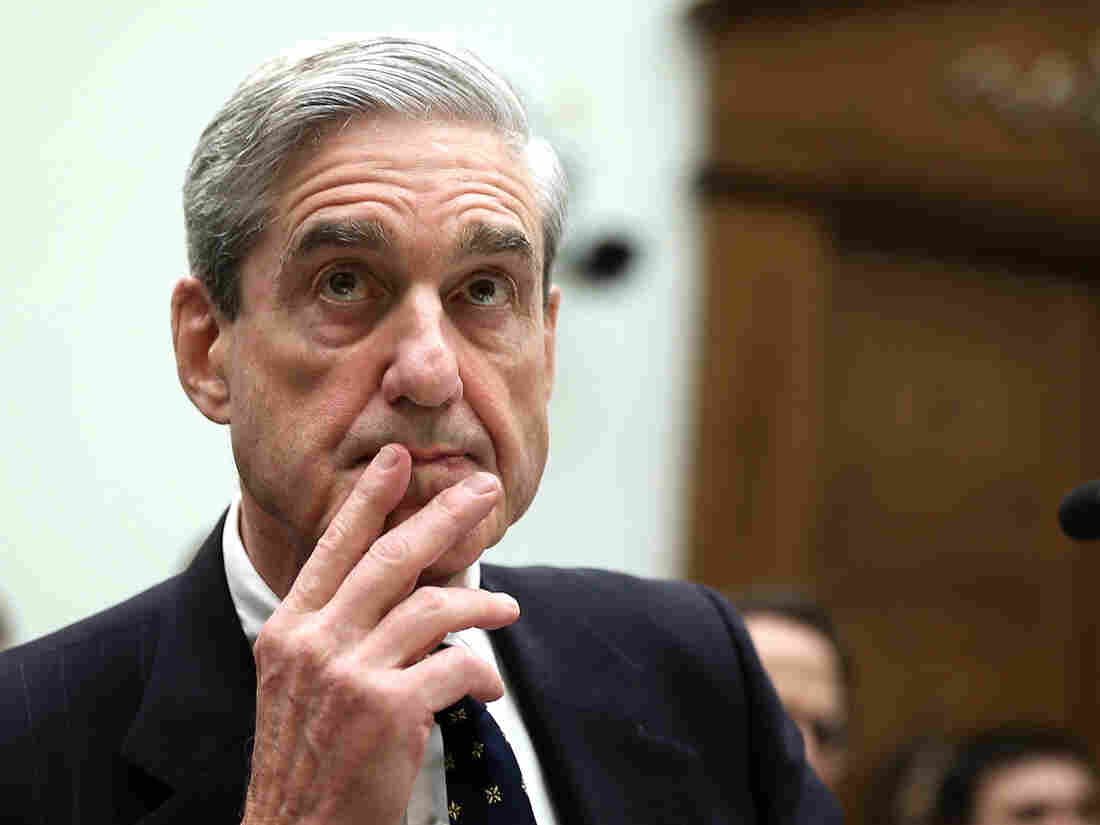 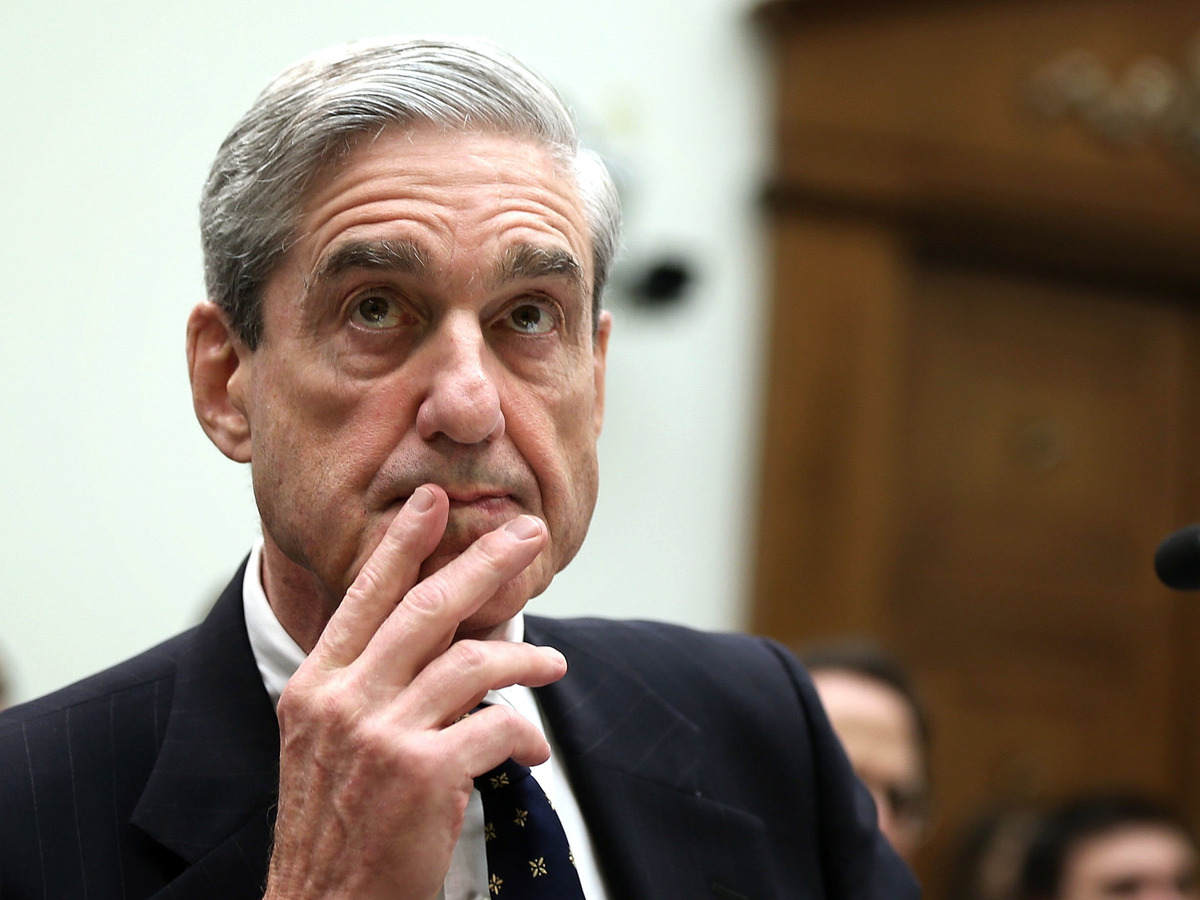 Mueller's Russia investigation is the most significant legal challenge hanging over the president.

Mueller's team has charged 19 people and three Russian entities. Prosecutors have secured five guilty pleas, including from former national security adviser Michael Flynn and former deputy campaign chairman Rick Gates, both of whom admitted they lied to the FBI.

Trump and his allies in Congress have repeatedly attacked the Mueller probe, calling it a political hit job aimed at kneecapping his presidency.

At the same time, White House lawyer Ty Cobb had tried to walk a cooperative line with the investigation by voluntarily providing thousands of administration documents and making staffers available for interviews.

That spirit of cooperation may be coming to an end, however, with the recent shake-up of the president's legal team.

The White House announced this week that Cobb will be departing by the end of the month and will be replaced by another well-known Washington, D.C., lawyer, Emmet Flood.

Flood defended President Bill Clinton during his impeachment and advised President George W. Bush during investigations into the firing of federal prosecutors. In his past work, Flood has staunchly defended administration claims of executive privilege.

The other notable recent addition to the legal team is Rudy Giuliani, the former New York City mayor and onetime U.S. attorney for the Southern District of New York.

Giuliani took an aggressive stance toward the Russia investigation, repeatedly describing it as a "witch hunt" and calling for it to be shut down. The relationship stumbled, however, when Trump undercut Giuliani's accounts of events about the payment to Daniels, which prompted an attempt by Giuliani to "clarify" them.

Taken together, however, the arrival of Flood and Giuliani appear to signal a more adversarial approach from the White House toward the special counsel's office.