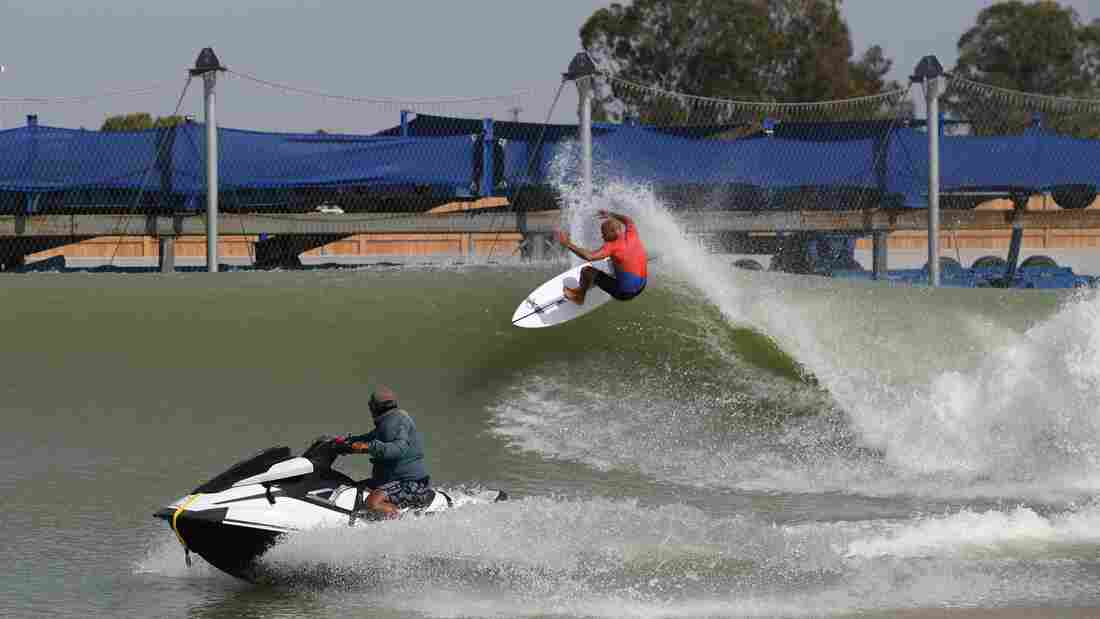 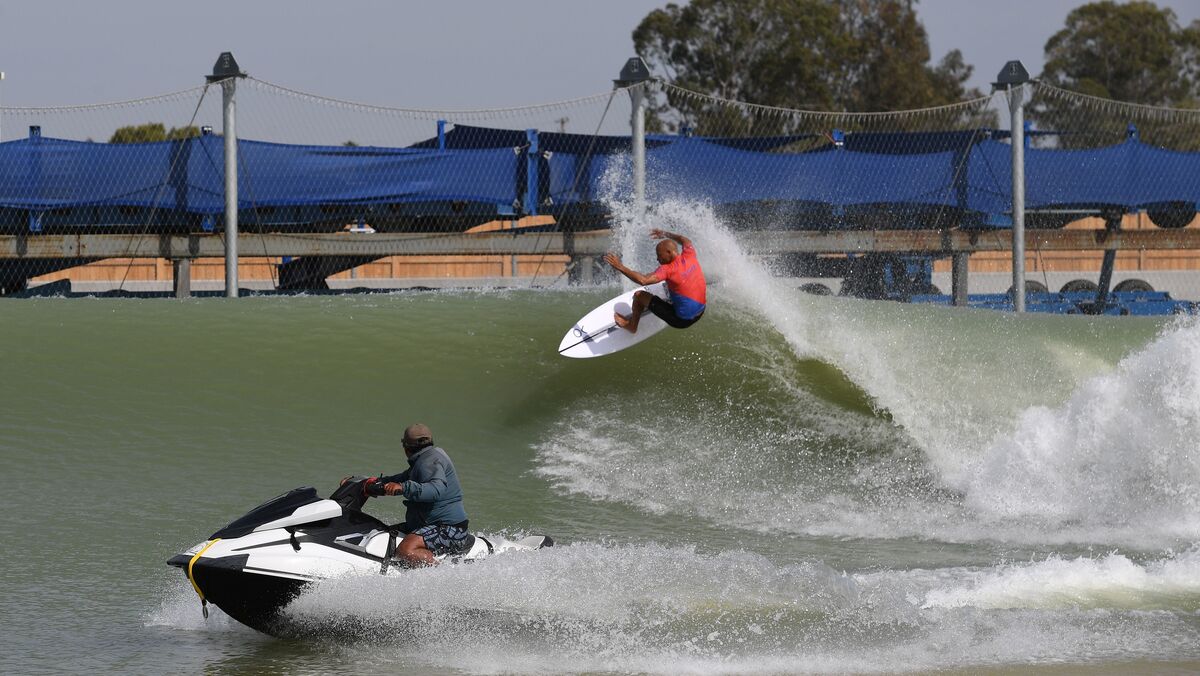 Kelly Slater during team practice before the World Surf League's Founders' Cup of Surfing at his Surf Ranch in Lemoore, Calif.

Surfers are heading inland this weekend to California's farm country, to compete in the first-ever World Surf League team competition. The event is being held at a "surf ranch" in Lemoore, Calif. about 30 miles south of Fresno.

Eleven-time World Surf League Champion Kelly Slater has built what he calls the perfect wave in the middle of the Golden State. At Slater's Surf Ranch, you almost feel like you're at the beach, with waves made by a machine, perfectly engineered for surfing.

The facility features a man-made lake that's as long as seven football fields, and technology developed by a team of engineers and surfers. The waves are created when a 200-ton massive shovel of metal, shaped like the hull of a ship, pushes through the water over a fake reef designed right into the lake.

For the first time this weekend, the ranch is open to the public to watch some of the best surfers in the world ride these perfect waves.

Slater says he built this in the middle of Lemoore simply because the planning stars aligned. "We were just looking for a place that had ample land and and water, and the right permitting, and access to the amount of energy we need to run the wave," said Slater.

He also says having this wave pool will even the playing field for surfers, taking away the uncertainty of ocean conditions. His wave pool allows surfers to compete based solely on their performance.

"It does allow us competitively to hold events in a more fair way. In terms of luck and the ocean, you're dealing with mother nature and this person or that person might get the good wave. This eliminates that."

Up until now, the Surf Ranch has been hidden behind a fence, with glimpses coming only from social media. Inside, it looks like a resort. Cabanas line three sides of the lake.

Kolohe Andino of San Clemente, Calif. ranked 7th in the world last year. He is surfing for Team USA this weekend and says riding these waves is incredible.

"It's just super different because you're in the middle of the desert. You drive here, you're like, whoa this is so weird and you get here, and it's paradise for a surfer, just perfect waves."

This event is the first time the World Surf League has ever held a co-ed, team competition. There are five teams — USA, Brazil, Australia, and then Europe and World — made up of two women and three men each. The competition begins Saturday and will wrap up on Sunday.