Accessibility links
To Play, Protest Or Both? Book Traces 'The Heritage' Of Black Athlete Activists "This is a question of black body versus black brain," says sports writer Howard Bryant. "In the United States, the black body has always been what's been compensated." 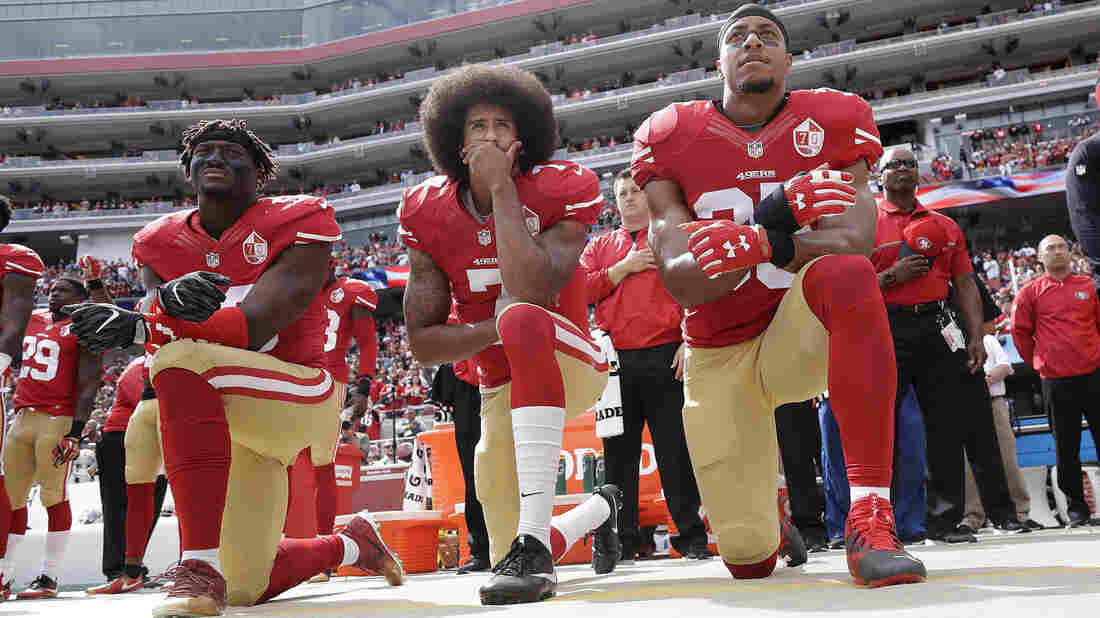 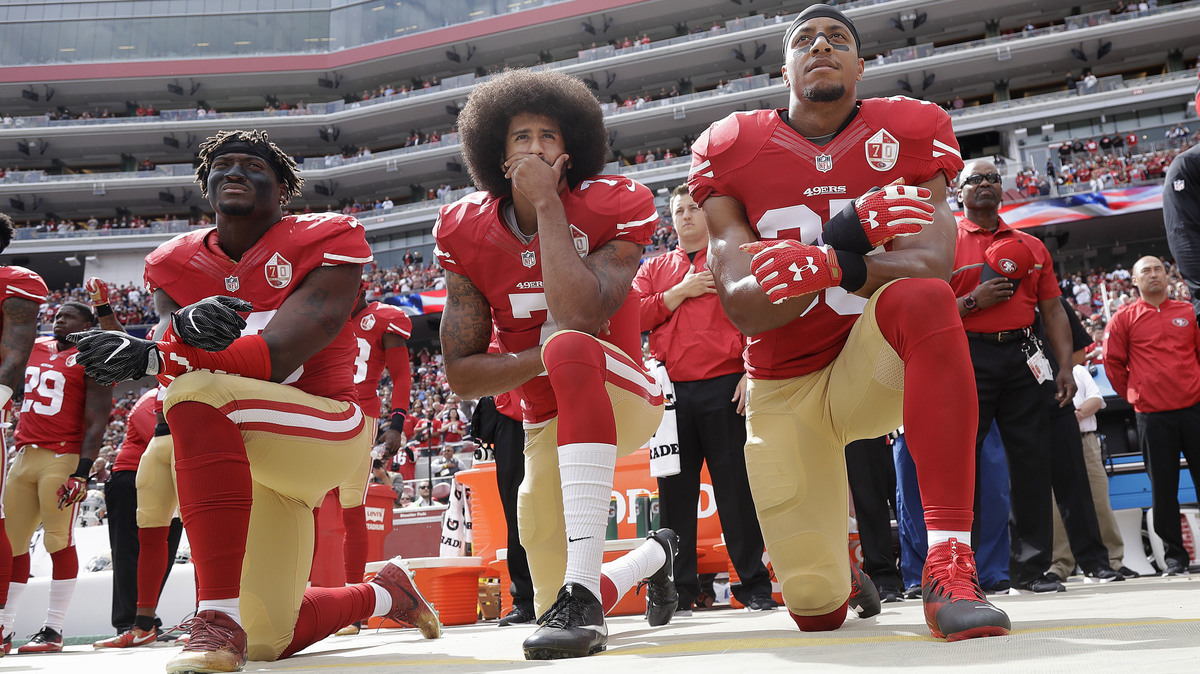 For African-American athletes, sports will never be just a game, says sports writer Howard Bryant. "This is a question of black body versus black brain," he says. "In the United States, the black body has always been what's been compensated — whether you can sing, whether you can dance, whether you can ... work manually. That's what we care about. That's the currency."

Bryant, a senior writer for ESPN.com and ESPN The Magazine, traces the legacy of black athlete activists in his new book, The Heritage: Black Athletes, a Divided America, and the Politics of Patriotism. He says there were "40 years of dormancy" when black athletes by and large didn't use their platforms to advocate for social change. Now, with NFL players taking a knee during the national anthem, athletes are once again asserting their voices.

This coincides with a particular moment in post-9/11 America, he explains. Newer sports fans may not realize it's a relatively recent phenomenon that arenas and stadiums celebrate the U.S. armed forces and law enforcement with military flags, flyovers and first responders throwing out ceremonial pitches. This display of patriotism, Bryant says, "is colliding with the sudden revival of the African-American player ... protesting police brutality."

You cannot separate 9/11 from what's happening with the black athlete today because the white athletes and anybody else who tried to challenge what was taking place after the towers fell — they felt the wrath. It's not necessarily a racial issue only. This is a question of patriotism — of weaponizing patriotism, of weaponizing jingoism, and of weaponizing the flag and of being able to speak.

On the athletes having first-hand experience with the issues

We see famous people speaking out of their depth all the time. And then you hear people say: Shut up and play, or shut up and act, or we don't want to hear from you. But on this subject, this is an area where ballplayers actually have direct knowledge and direct experience ... We should be listening to LeBron James, who comes from a tough neighborhood in Akron. We should be listening to Carmelo Anthony, who's from West Baltimore, where Freddie Gray was killed.

O.J. [Simpson] was the first athlete who really opened the door to endorsements and to the big money. And then with free agency in the '70s, ballplayers were ... on their way to becoming super-rich, as they are today. And then by the time you get to the '80s, you've got Michael Jordan, who really was the guy who identified the player with commerce. And he was the guy who became 'a brand,' as they say today.

And you did not hear elite athletes talk about anything important. They did not get involved in social issues. You didn't see players get involved with Rodney King when we actually saw videotape of what took place. And it's not just Michael Jordan. Magic Johnson and Patrick Ewing and the rest of them — they did not get involved at all. And I think that the sports fan got really comfortable with that, and that's why today [when athletes are protesting, it] is so jarring.

I don't see any mechanism for that happening, especially when you look at colleges. You see how much push back you get to compensating athletes. But at the same time, you don't see a great deal of interest in educating athletes. ...

What has been difficult in doing a lot of research for this book is you recognize that college was supposed to be the place ... where that began to go away. But yet, more and more and more of these athletes — whether it's the one-and-done rule, or whether they're working at Home Depot because they blow out their knee — they're not being educated. So when black body is secondary to black brain, then maybe things will change.

Sarah Handel and Ed McNulty produced and edited this story for broadcast. Sarah Handel adapted it for the Web.