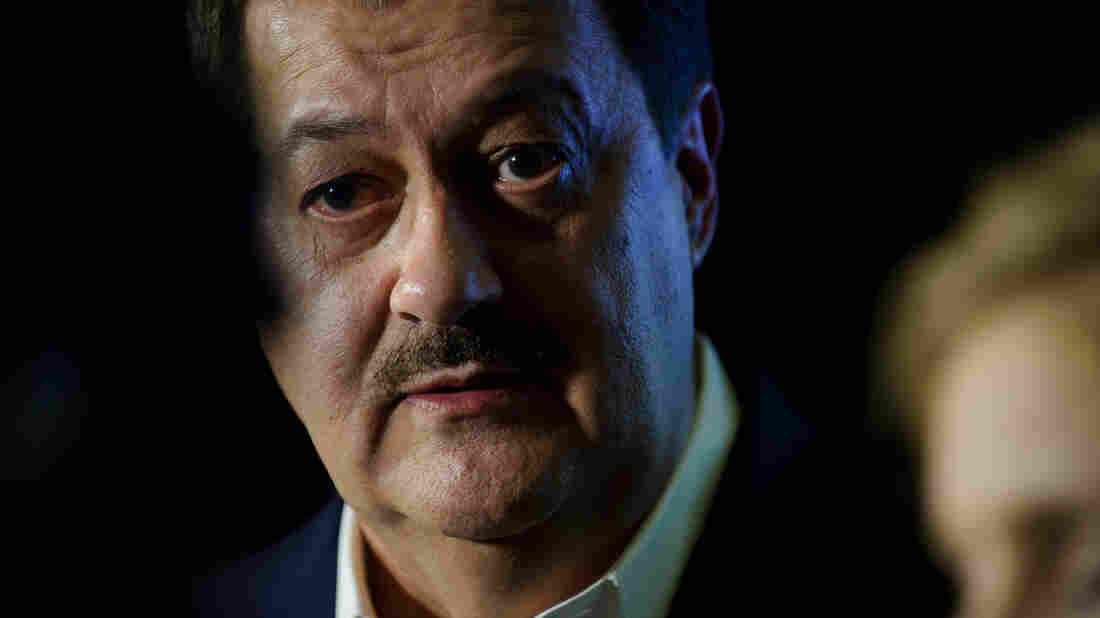 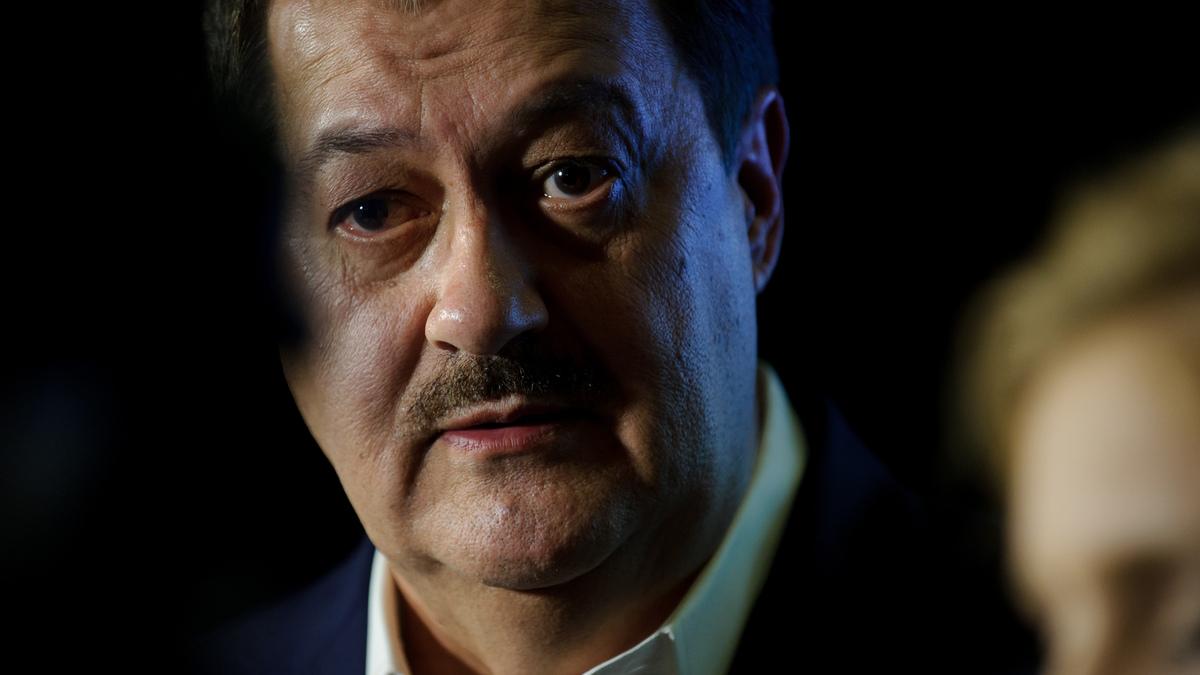 Republicans may have avoided a possible electoral disaster in West Virginia with controversial coal baron Don Blankenship finishing third in the Senate primary to take on Democrat Joe Manchin, but voters gave the GOP establishment some warning signs in other places on Tuesday.

Candidates in both parties seem to agree on one thing: President Trump is the issue in 2018. While Republicans compete to prove who is most loyal to Trump, Democrats insist it is a tactic that will backfire come November, motivating more Democratic voters than Republicans.

That's a scenario that seems to have played out in North Carolina, where GOP Rep. Robert Pittenger became the first incumbent to lose a primary this year. But his more conservative challenger will face a tight race for a seat that Democrats were already enthusiastically targeting.

Here's what happened in the first multistate primary day of 2018.

There was late worry that Blankenship was gaining steam in the race's final days, but he ended up finishing behind Patrick Morrisey, the state attorney general, and Rep. Evan Jenkins, who was seen as the establishment favorite in the race.

Such concern was so deep that the president himself weighed in Monday morning on Twitter to warn that Blankenship could repeat the loss of the disastrous Alabama nominee that cost the GOP a winnable seat last year. When Blankenship conceded on Tuesday night in remarks to supporters, he blamed Trump's finger on the scale for the late flameout.

Blankenship, the former CEO of Massey Energy, spent a year in federal prison for violating safety laws after an explosion at one of his mines killed 29 men. He put millions of dollars of his own wealth into ads to try to rehabilitate his image, and many saw his outsider persona and way he talked of being a victim of the GOP establishment as very Trumplike.

In the final days of the race, an all-out battle between Blankenship and Republican leadership erupted after Blankenship ran ads with racially charged attacks on Senate Majority Leader Mitch McConnell's Asian in-laws.

Morrisey had the endorsement of Texas Sen. Ted Cruz and pitched himself as the true conservative in the race. But his opponents had criticized him as a carpetbagger after just moving to the state in 2006, and Democrats will also revive attacks on his past lobbying for pharmaceutical companies as a liability in the general election.

Like many Democrats, incumbent Manchin is raising a lot of money compared with Republicans. But a little-known progressive candidate whom he outspent $2.7 million to $130,000 still managed to get 30 percent of the vote against him in the primary, which could be a worrisome sign for the centrist Manchin if the state's base isn't fully behind him.

The other interesting election to watch is the 3rd Congressional District, where Richard Ojeda, a populist Democrat who made a name for himself during the teachers' strike, won the nomination to try to replace Jenkins. This could be a possible Democratic pickup, but it's still a long shot.

Indiana: Senate fight and a Pence likely headed to Congress

The three-way contest in Indiana to take on Democratic Sen. Joe Donnelly became a race to see who could align themselves most closely with Trump in another state the president won big, and it's the outsider businessman Mike Braun who emerged the victor.

Most Republicans thought Braun, who put $5.5 million of his own money into the race, had the momentum going into the final stretch, and pitching himself as a job creator who could shake up Washington much in the vein of Trump paid off.

His opponents, Reps. Luke Messer and Todd Rokita, tried to burnish their Trumpian credentials — even though both initially supported other GOP candidates in the 2016 primary — but Braun successfully painted the other two as interchangeable D.C. politicians, helped by a memorable ad in which he held up cardboard cutouts of his opponents and asked voters to tell them apart.

Both Messer and Rokita pointed out that Braun had voted as a Democrat as recently as 2012, but a longtime animosity between the two congressmen also hurt both of them in gaining more traction outside their traditional bases of support.

"Mike's success in creating jobs for Hoosiers as a business owner is a stark contrast to Joe Donnelly's history of shipping jobs to Mexico, and his record will ensure his success in the general election," National Republican Senatorial Committee Executive Director Chris Hansen said in a statement Tuesday night after Braun's win, previewing the line of attack they plan to use this fall.

Trump is traveling to the Hoosier State on Thursday, which could serve as a unity moment to help heal the wounds of the primary. Democrats, however, argue that won't be enough to help the former GOP state lawmaker.

"Representative Mike Braun emerges tonight badly damaged from one of the most divisive primaries in the country, where the candidates focused more on petty political attacks than on Hoosiers," Democratic Senatorial Campaign Committee spokesman David Bergstein said in a statement. "With no more childish primary antics to hide behind, Rep. Braun will be forced to run on his record of self-dealing and using the power of the Statehouse to enrich himself — like when he carved out a tax break for himself while repeatedly raising taxes on Hoosiers — and voters will hold him accountable in November."

There's also likely to be another Pence headed to Washington — the vice president's older brother, Greg, won the GOP primary for Messer's open seat. In the heavily Republican district, he is nearly a lock to win the seat his brother once held in November. Greg Pence kept a low profile in the primary and didn't lean heavily on his famous last name, though it surely helped him on the ballot.

The vice president also tweeted his congratulations to his brother after his victory.

Congratulations to my brother @GregPenceIN on his big primary win tonight in #IN06! He’s making Hoosiers & the Pence family proud. Good luck in November!

The governor's race this fall will feature former Consumer Financial Protection Bureau chief Richard Cordray, who won the Democratic primary, and Republican Attorney General Mike DeWine — a rematch of their 2010 battle when DeWine ousted Cordray from the Ohio attorney general's office. Democrats are trying to flip the governor's mansion, being vacated by Republican Gov. John Kasich.

On the Democratic side, Cordray and Kucinich had been battling for the progressive mantle. Kucinich tried to paint Cordray as too establishment and conservative, pointing to his past A record from the National Rifle Association and arguing the left needed a more firebrand-type candidate.

But Cordray had plenty of progressive credentials to burnish, and he is on pace to beat Kucinich by a more than 2 to 1 margin. Massachusetts Sen. Elizabeth Warren, who helped create the CFPB, campaigned for Cordray. But Kucinich, a gadfly politician who ran unsuccessfully for the White House in 2008, pointed to his support for single-payer health care, which earned him some influential union support and the backing of Our Revolution, the progressive group allied with Vermont Sen. Bernie Sanders. Sanders personally remained neutral in the race.

DeWine, a former U.S. senator, also easily beat Lt. Gov. Mary Taylor, in a race where each tried to run as the most Trumplike candidate.

Taylor had tried to catch DeWine by throwing Kasich — a vocal Trump critic and possible 2020 primary challenger — under the bus, decrying his decision to expand Medicaid and claiming the two hadn't even spoken in a year. Ultimately, it wasn't enough.

In the Senate primary, Rep. Jim Renacci won the GOP nomination to take on Democratic Sen. Sherrod Brown. Renacci switched earlier this year from the gubernatorial contest, where he had struggled to gain traction, after State Treasurer Josh Mandel had to drop out of the Senate race for family reasons. Brown has a big fundraising advantage, and Republicans are increasingly doubtful this could be a real takeover opportunity.

In one of the few true surprises of the night, conservative former pastor Mark Harris defeated GOP Rep. Robert Pittenger. Polling had shown Harris trailing by more than 30 points, but Harris only lost to Pittenger in the 2016 primary by 134 votes. Harris had run to Pittenger's right, blasting him as too close to GOP leadership.

A more conservative nominee in the 9th District, which runs between Charlotte and Fayetteville, could help Democrats flip the seat they had already been targeting. Democratic nominee Dan McCready, a Marine combat veteran, has shown fundraising prowess, outraising even Pittenger. Plus, primary turnout on the Democratic side was heavier there than on the GOP race.

The 13th District, which takes in the eastern Raleigh suburbs, could be in play as well. GOP Rep. Ted Budd has also been outraised by his newly minted Democratic opponent, philanthropist Kathy Manning.