Accessibility links
Primaries Again Highlight Republican Division Republicans dodged a big bullet with a convicted coal executive's loss of the GOP Senate primary. But they continue to be the party facing more division. 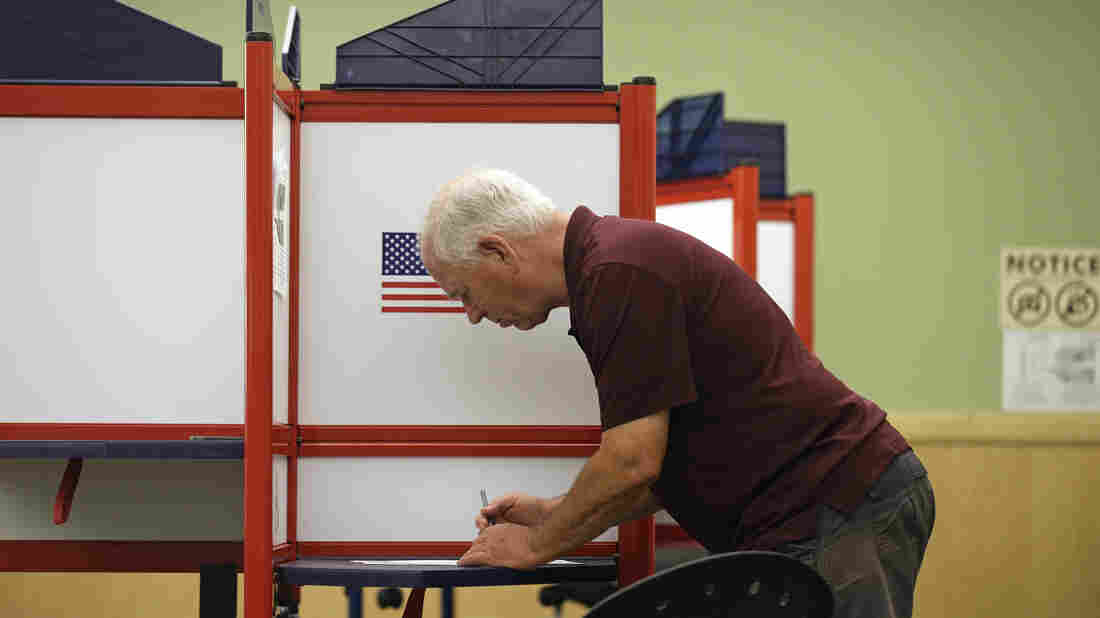 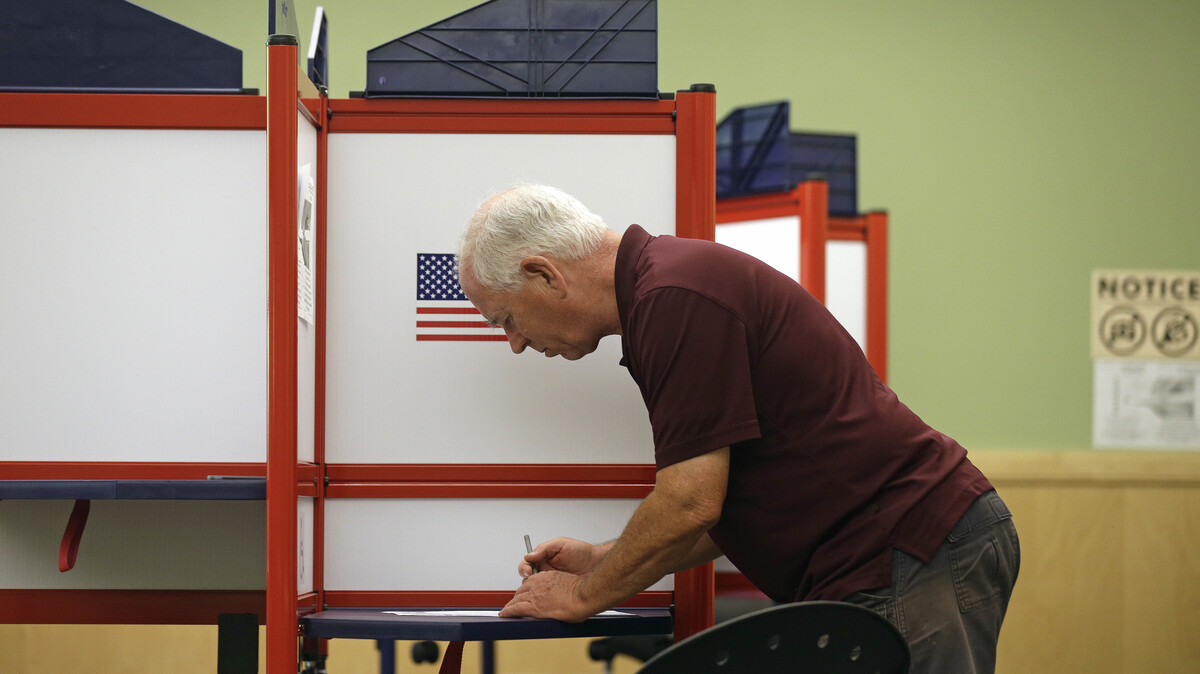 Midterms, especially primaries, are won and lost by activists.

And right now, if Tuesday night's primary results are any indication, Democrats appear to be in better shape structurally than the GOP. It's still very early in primary season to draw conclusions that are too sweeping, but here are four takeaways based on what's known from Tuesday night's elections in Ohio, Indiana, West Virginia and North Carolina:

1. Republicans dodge a bullet. Are they learning the lesson of Alabama?

Washington Republicans were holding their breath, hoping that Don Blankenship would not win the Republican Senate primary in West Virginia. Blankenship served a year in prison after 29 people were killed when one of his mines exploded and he was convicted of conspiring to undermine mine-safety regulations. Washington Republicans believed that if he won, he would lose to Democratic incumbent Sen. Joe Manchin. And Manchin should be a top GOP target in a state Trump won by one of the widest margins of any state in the country in the 2016 presidential election.

Republicans Might Want To Run Away From Trump This Year, But Not In West Virginia

Blankenship had been showing remarkable and surprising strength in the race with an anti-Washington message. He went after Republican Senate Leader Mitch McConnell and said he was "Trumpier than Trump" after Trump tweeted urging West Virginia Republicans not to vote for him. Despite internal polling released by his opponents' campaigns showing Blankenship in the lead, he wound up finishing third. State Attorney General Patrick Morrisey won with a little more than a third of the vote.

Pragmatic Republicans are exhaling Wednesday morning and hoping that the base of the party is heeding Trump's call to "Remember Alabama" and learning that nominating fatally flawed candidates who would have trouble winning in a general election is a bad idea.

Republicans over the past decade have lost roughly half a dozen Senate seats because of problematic candidates. That's something McConnell and his team have been throwing their hands up about for years.

McConnell's team was loving this West Virginia result, though.

2. McConnell isn't entirely off the hook.

Despite his team's gloating, the Republican Senate leader has become problematic for the party in some circles.

He remains the most unpopular senator in the country. And just 30 percent of even people in his home state of Kentucky approve of the job he is doing.

"It's important to note that Senator Mitch McConnell put this seat at greater risk by giving an unattractive candidate like Don Blankenship an even more unpopular foil to run against. McConnell has become so toxic with Republican primary voters that his support is often the kiss of death and his opposition is a powerful endorsement."

To that point, there was ample evidence Tuesday night that there is quite a bit of angst in the GOP base toward Washington Republicans:

I'm running for U.S. Senate not to just change Washington, but to blow it up and reinvent it.

Washington is fundamentally broken. We can fix that with a West Virginia conservative fighter! #wvsen pic.twitter.com/hogbOoYnms

Braun's win might mean more for how Republicans try to win in primaries the rest of this year than Blankenship's loss.

4. Democrats aren't facing primary headwinds yet — and might not.

While there have been signs of division on the Democratic side, it hasn't manifested very strongly.

Instead, the division so far has still mostly been on one side — with Republicans unhappy with Washington. There were opportunities Tuesday night for the more progressive wing of the party to flex its muscles, but it instead chose the pragmatic route.

Think: the Ohio governor's race primary, for example, where former Rep. Dennis Kucinich was trying to paint Richard Cordray, the former head of the Consumer Financial Protection Bureau appointed by Obama, as too much of a centrist with less progressive views on guns. But Cordray, who was endorsed by Massachusetts Sen. Elizabeth Warren, trounced Kucinich by 40 points.

It might be somewhat worrying for Democrats that more Republicans turned out for the open Ohio gubernatorial primary than one that got as much attention as the Cordray-Kucinich contest. And a relatively unknown progressive challenger to Manchin got 30 percent of the vote Tuesday night, which is similar to what happened in Texas two months ago when an unknown got almost a quarter of the vote against Beto O'Rourke. But those seem relatively minor, compared with the anti-Washington messages Republicans are winning with and an ousted congressman.

Looking ahead over the next month, in more than a dozen states, there's really only one Senate race where progressives are expected to mount a significant challenge to a sitting Democrat. That's Dianne Feinstein facing off with state Sen. Kevin de León. He's a darling of the left, but Feinstein's team is confident, and polls have shown her with a comfortable lead so far. There's also the May 22 runoff for the 7th Congressional District in Texas, featuring Lizzie Pannill Fletcher against Laura Moser.

The Democratic Congressional Campaign Committee tried to muscle Moser out of the race, because it felt she was too liberal for the district. It's a key race, because Hillary Clinton got more votes than Trump in the district yet it is represented by a Republican, Rep. John Culberson.

But that's it. The lack of challenges to Democrats, especially senators, means they're able to preserve their resources to fight in the general election. The real Democratic fight that's coming is likely in 2020 with a crowded presidential primary field and a race to the left shaping up.

But, right now, there's nothing more unifying for Democrats than Trump.