Accessibility links
'Breaking In' Robs Viewers Of Suspense Gabrielle Union stars in a thriller that fails on the fundamentals, and never capitalizes on its setting — a tricked-out, high-security family estate.

'Breaking In' Robs Viewers Of Suspense

'Breaking In' Robs Viewers Of Suspense 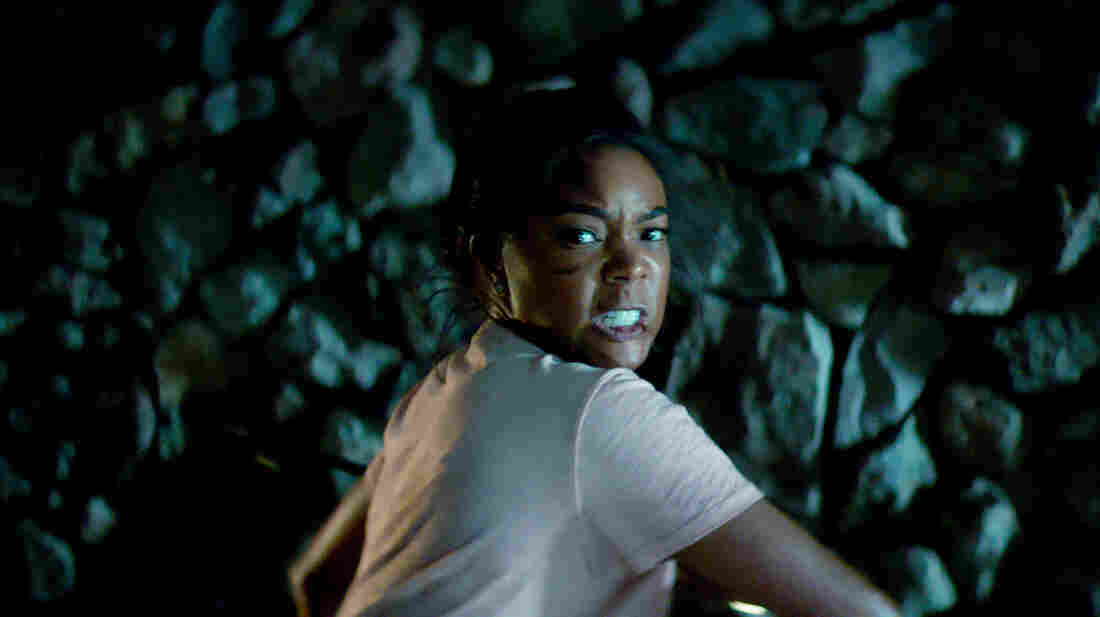 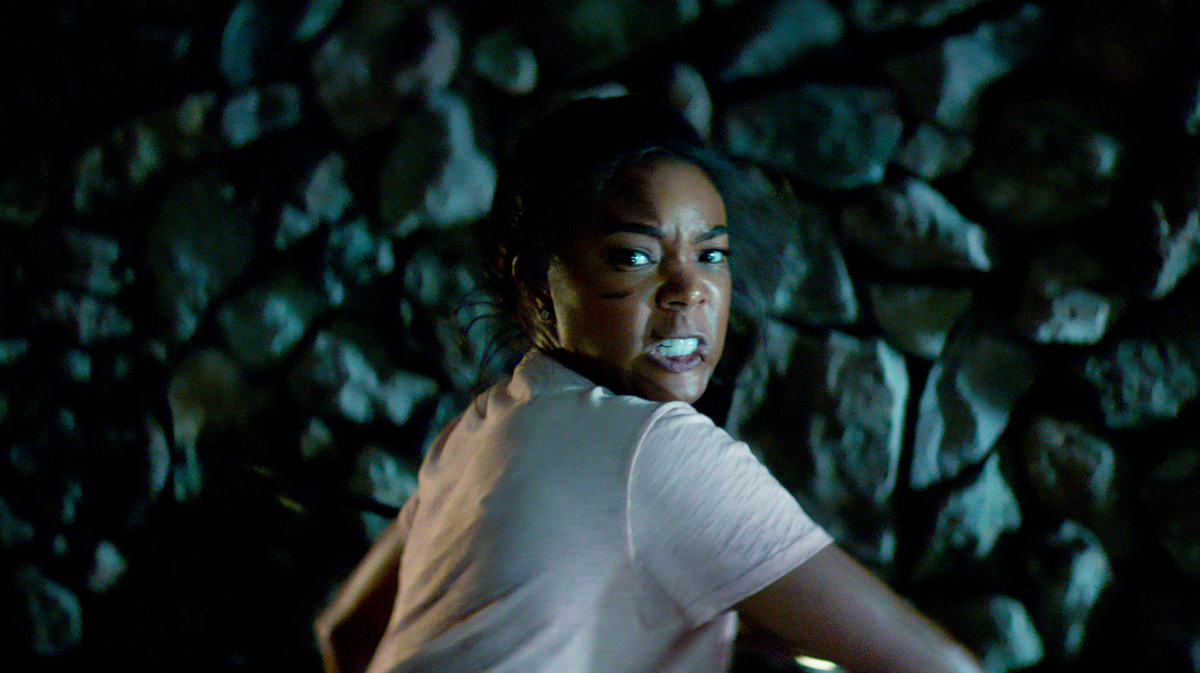 Gabrielle Union shows off her killer parenting skills in the domestic thriller Breaking In.

There are plenty of reasons why many consider Die Hard one of the great action films of the last 30 years: Bruce Willis' reinvention of the Western cowboy as wisecracking everyman, Alan Rickman as his slippery Eurotrash counterpart, the escalating tension within the confined space of a Los Angeles office tower, a script dense with quotable one-liners. But the primary reason is this simple: You always know where people and objects are in relation to each other. The best suspense filmmakers are obsessed with the mundane business of floor plans and props, of marking the distance between adversaries and establishing certain inanimate objects — like guns or vents or a firehose spool or a wristwatch — that will come into play at a crucial moment. The real art is getting the boring stuff right.

The mediocre new thriller Breaking In is a domestic Die Hard by way of Panic Room, replacing the impeccably articulated sprawl of Nakatomi Plaza with a high-security family estate in rural Wisconsin. The broad strokes — heck, even many of the specifics — are largely the same, with Gabrielle Union subbing for Willis as a resourceful fly-in-the-ointment, Billy Burke as a downmarket Rickman (though really, he's more of a downmarket Bruce Greenwood), a couple of kids as hostages, and a few dopey ex-cons brought in on the heist. Though more of a smash-and-grab job than an elaborate play for millions in bearer bonds, the scale doesn't matter. The fundamentals still apply.

'V for Vendetta' or 'W for Wachowskis'?

And it's in the fundamentals where director James McTeigue (V for Vendetta) loses control of Breaking In, which is one of those no-frills 90-minute thrillers where the little things matter the most. The characterizations are thumbnail sketches, the scheme simple enough for the ringleader's three dimwit minions to understand. There's money in a house. They have to find the money and get out. There are obstacles from without and within. That's it. The trick is just to keep the audience situated in the action, and the film is a sterling example of why that's easier said than done.

But first, a few establishing shots of our own. Union stars as Shaun, a single mother from Chicago who heads north with her two children, headstrong teenager Jasmine (Ajiona Alexus) and her precocious little brother Glover (Seth Carr), to settle her wealthy father's estate after his death in a car accident. When they arrive in Wisconsin, Shaun discovers that her father has outfitted her childhood home with surveillance gizmos galore: A gated entrance, motion detectors, cameras in every room and around the property, windows with retractable shields, and even a remote-controlled drone. The system not only fails to keep four ex-cons from breaking in to crack a safe, but it winds up keeping Shaun out when the bad guys take her kids hostage.

That's the hook of Breaking In: The villain and his minions have no trouble gaining access to the house; it's the hero that has to do the breaking and entering. Yet there's never a point where Shaun seems overmatched, despite holding none of the cards and operating at a four-to-one disadvantage. Part of it is Union's mama-bear relentlessness, which departs from Willis' beaten-but-unbowed standard; part of it are the four stooges doing the job, who spend their time infighting and falling into traps. The security system is largely irrelevant, because half the time she's taking advantage of their unforced errors.

But what most disappointing about the film is how little McTeigue does to exploit this single location, despite a surveillance scheme that allows him to monitor, literally, every person and every room in the house. Any standard HGTV real-estate show does a cleaner job establishing the layout, and without knowing how all the spaces connect, attacks and escape routes come out of nowhere and it's rarely clear where anyone is or what they'll do next. Without that feeling of anticipation, there can be no suspense.

Heist pictures have two blueprints going simultaneously — one for the thieves, one for the filmmakers — and when they're done right, the plans have a complementary sophistication. Breaking In mirrors the incompetence of its crooks, in the sense that it doesn't feel like much thought went into plotting it out. There seems to be an assumption from all parties that robbing a house safe is a no-sweat operation and they can blast their way through any trouble. They deserve the chaos they invite.