Accessibility links
It's Not Just The Thin Air That's Breathtaking: The Documentary 'Mountain' Filmmaker Jennifer Peedom seeks out the most forbidding places on the planet and finds stunning beauty — and the men and women willing to risk their lives to take it in. 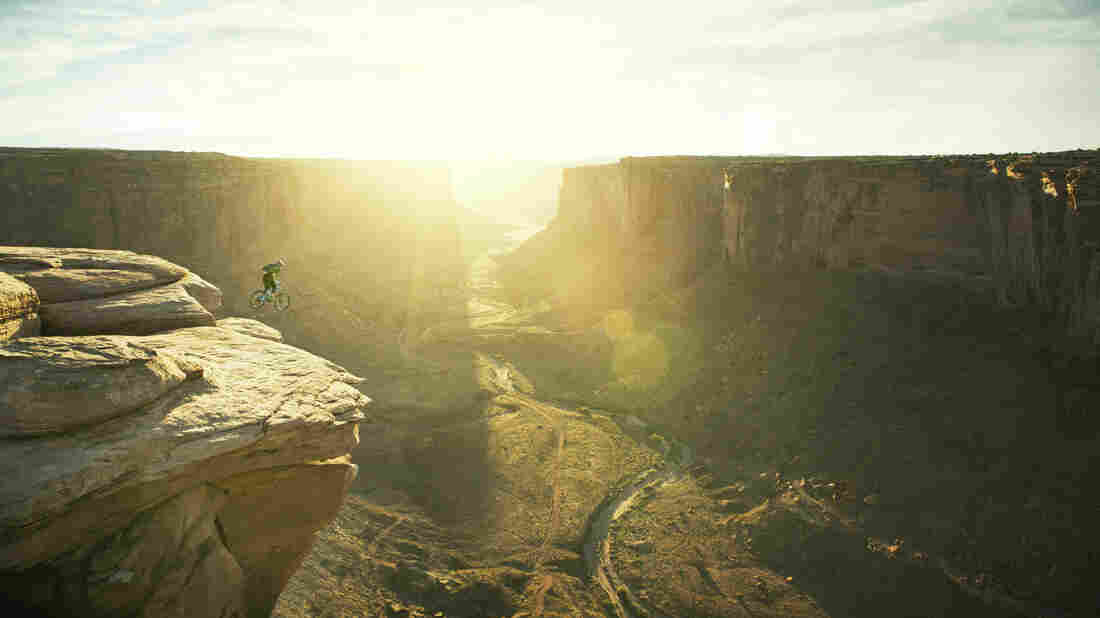 A (very literal) mountain biker makes a base jump in Moab, Utah in the documentary Mountain. Greenwich Entertainment hide caption 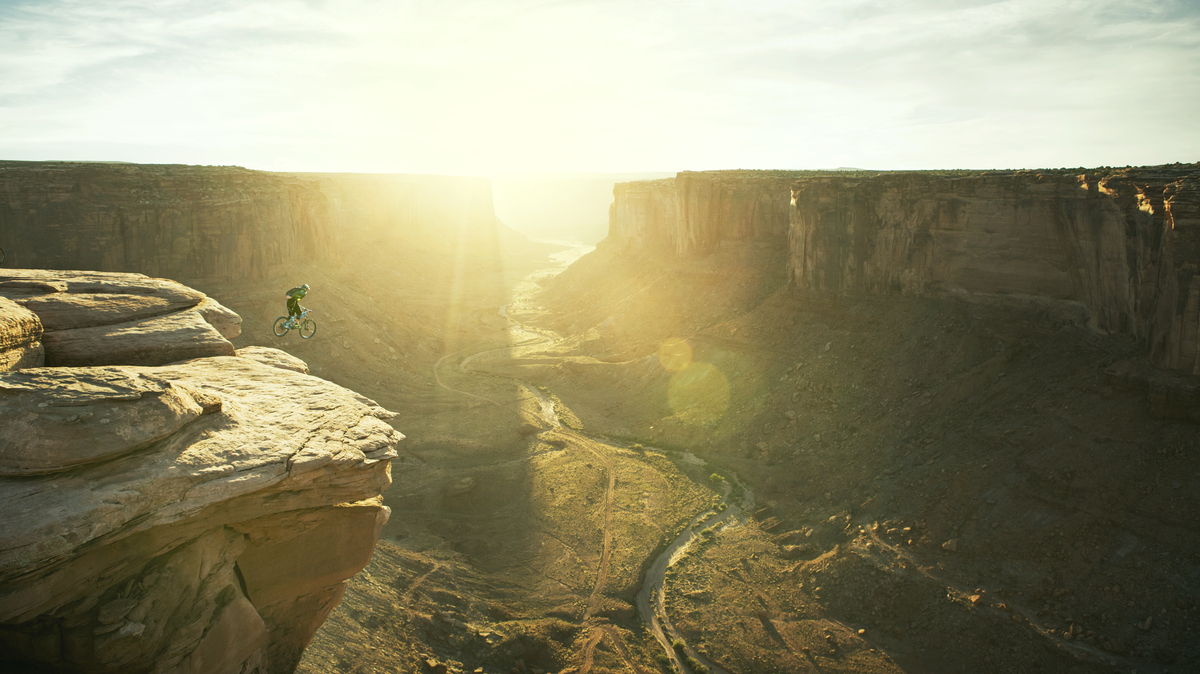 A (very literal) mountain biker makes a base jump in Moab, Utah in the documentary Mountain.

One of the first shots in the new documentary called, simply enough, Mountain, is of a solo climber hanging from a the face of a cliff, hundreds of feet up ... untethered.

He's in sneakers, a red t-shirt, entirely without ropes or special gear, every inch of him understandably plastered against the rock. He reaches up with one hand to a stone nub, maybe as wide as the first joint of his index finger. He tests it for a moment, then lets go with his other hand, and as he shifts his legs into a newly precarious position, the camera, which must be on a drone, swings to one side and captures the very start of a smile.

You could be a mountain goat and think this is crazy. And as heartstopping as it is, it turns out to be just a prelude.

Director Jennifer Peedom has orchestrated — to alternately ethereal and percussive music from the Australian Chamber Orchestra — a rhapsodic feature-length aria of altitude: the majestic snow-capped peaks and rugged cliffs of the world, all of which remained uncharted and regarded as places of peril until, as Willem Dafoe's narrator puts it, an age of exploration led to these blank spaces on maps getting filled in.

"The Imperial aim," he says, "was to grid, girdle and name the upper world — to replace mystery ... with mastery."

A nice phrase, that, adapted by Robert Macfarlane from his 2003 memoir, Mountains of the Mind.

As we hear it, we watch startling, century-old, black-and-white footage of corseted women rock-climbing in heels, hats, and ankle-length dresses. They're among the many adventurers we see scaling cliffs, and biking atop peaks that come to sharp points, and snowboarding off helicopters and soaring in wingsuits that turn daredevils into flying squirrels.

"How has it come to this?" Dafoe's narrator wonders. "The mountains as a stage set for a pumped-up poker game of high stakes and high returns, all driven by big brands and online views?"

We see a montage of (thankfully tethered) people slipping, falling, caught by ropes to dangle from stone outcroppings thousands of feet in the air. You'd have to be made of stone not to gasp, especially if, like me, you have a fear of heights, and will never clamber up, shuss down, or otherwise risk life and limb on purple mountains' majesty.

At the film's outset, words on the screen say: "Those who dance are considered mad by those who cannot hear the music."

Have to say that those who climb still strike me as mad, but Mountain let me hear the music.