Accessibility links
In The Nerve-Wracking Thriller 'Beast,' A Dark Beauty The tense, jittery buildup of writer/director Michael Pearce's mystery/thriller may prove more wickedly fun than its payoff, but star Jessie Buckley keeps us guessing throughout. 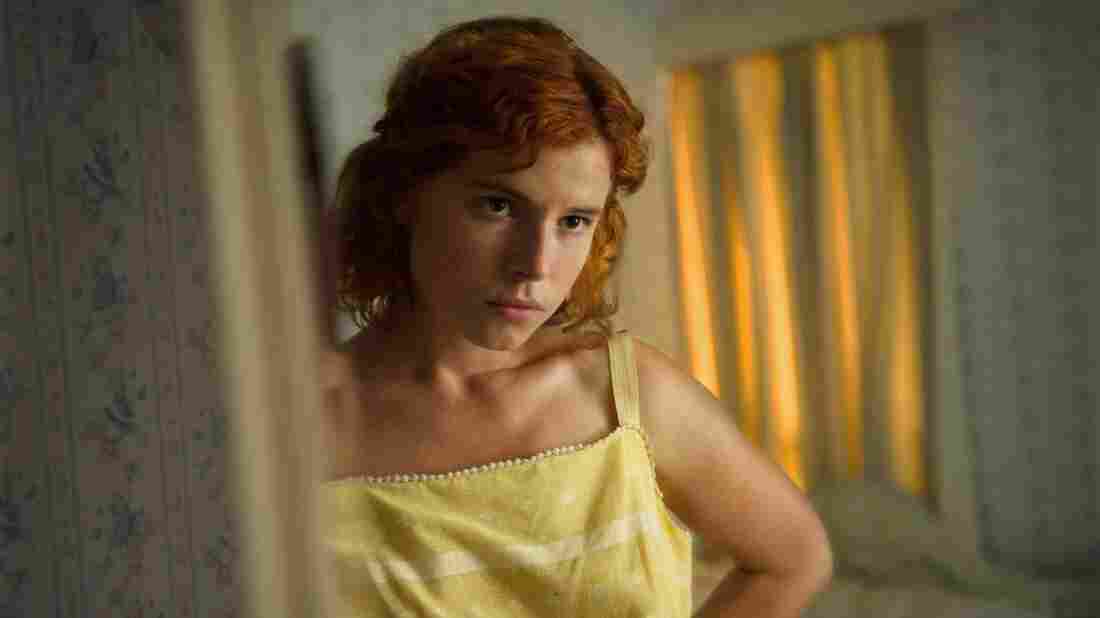 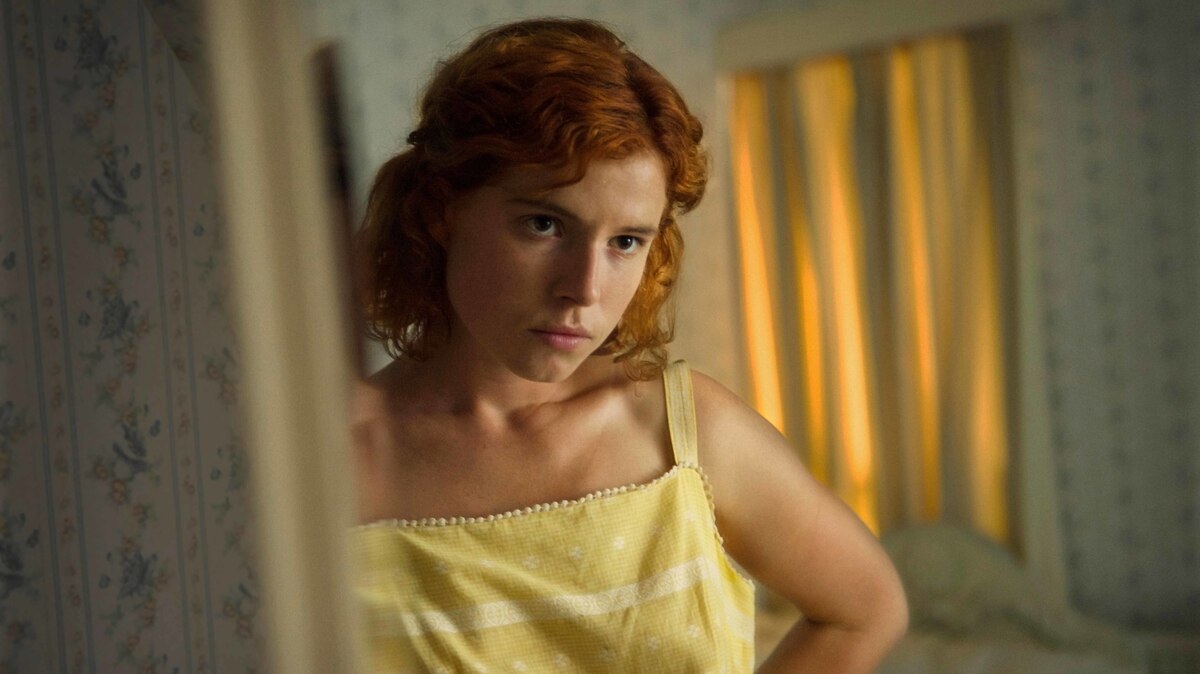 Moll (Jessie Buckley) gets ready to go out in the thriller Beast.

As Beast's handheld camera careens around the isle of Jersey, it's nearly always focused on Moll (Jessie Buckley). But the movie also seems to live inside the young woman's head, which churns with feral intensity and adolescent bewilderment. And Moll, a breakout role for flame-haired Irish actress Buckley, may not even be this murder mystery's title character.

The story begins when Moll flees her own birthday party — especially her prissily monstrous mother (Geraldine James) — and ends up on the beach at sunrise. A lout tries to kiss her, but is scared off by a rifle-toting passerby. Enter the tale's third brute, Pascal Renouf (Johnny Flynn), a scruffily charismatic handyman and poacher. His ungroomed beard visually rhymes with Moll's untamed curls.

Pascal is, as a disapproving observer later puts it, "a bit of rough." But he's chivalrous in his way, and something of a nurturer. "You're wounded. I can fix that," are his first words to Moll, spoken before the viewer has any idea how wounded she truly is.

Despite her barely hidden psychic turmoil, Moll lives a conventional life. She trills medieval tunes in a choir directed by her mum, and works as a guide on bus tours of the mostly British but slightly French island. A troubling incident at school when Moll was 13 has led to strict supervision by her parents. (Dad's still around, but has some form of senile dementia.) Pascal could be Moll's get-of-jail-free card.

Which one of them is more dangerous? Pascal has a record of teenage crimes, and when he teaches Moll how to kill a rabbit he seems to be initiating her into a life of violence. That might even lead to homicide, since Pascal is one of the local police's prime suspects in a murder spree that just claimed its fourth young female victim.

Yet Moll sometimes seems more menacing than her new boyfriend. Her unpredictable character, which is much more interesting than the serial-killer plot, powers the movie's tension and headway.

Beast hurtles toward a climax that will finally establish which character is the bigger threat to the other. The principal narrative dilemma is that either outcome is likely to be less interesting than the tale's jittery setup.

Writer-director Michael Pearce, playing his feature debut, is a Jersey native. His script draws on an actual incident, as well as a more symbolic history of shifting control between the British and the French. ("You're on my land," jokes Pascal, who claims aristocratic Norman lineage.) Such conflict aside, the island seems a green and pleasant land. The bunnies Pascal stalks are the wildest non-human creatures in sight.

The film opens with the singing of Moll and her fellow choristers, but that's soon replaced by the thumps, throbs, and wails of Jim Williams' dynamic score. Its off-kilter style matches Benjamin Kracun's camerawork, which lurches as often as it glides. It emulates the eccentric motion of boots on uneven ground or a jeep traveling too fast on gravel roads.

Pearce has some mildly wicked fun with his scenario, winking as he stages such routine thriller-flick maneuvers as having the lights suddenly cut out. He also presents, without warning, a couple of his heroine's exceptionally vivid dreams.

Yet the film's most vehement moments belong not to the director but to Buckley. Moll may be confused much of the time, but when she banishes a pair of bullies simply with a piercing howl, she shows how keenly she can deploy her animal instincts.