Accessibility links
Are Women Candidates Winning More In 2018? The "wave of women" candidates played out in this week's primaries in Indiana, North Carolina, Ohio, and West Virginia, particularly among Democrats. There were 27 women winners in House primaries. 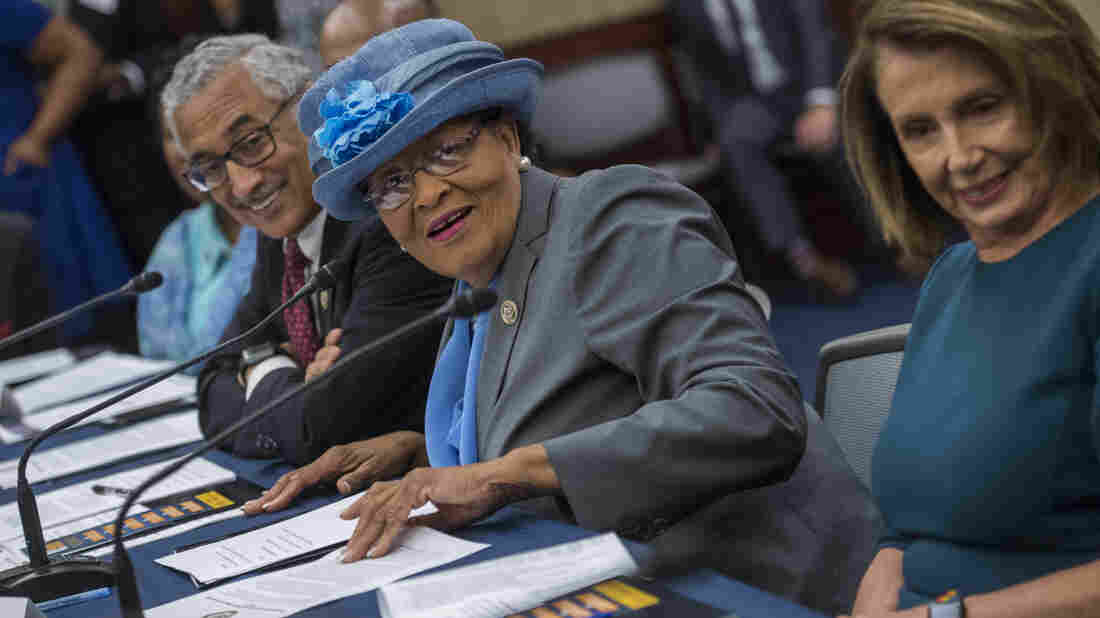 North Carolina Democratic Rep. Alma Adams is one of the 27 women who come away from Tuesday's primaries with a spot on the general election ballot. Tom Williams/CQ-Roll Call, Inc./Getty Images hide caption 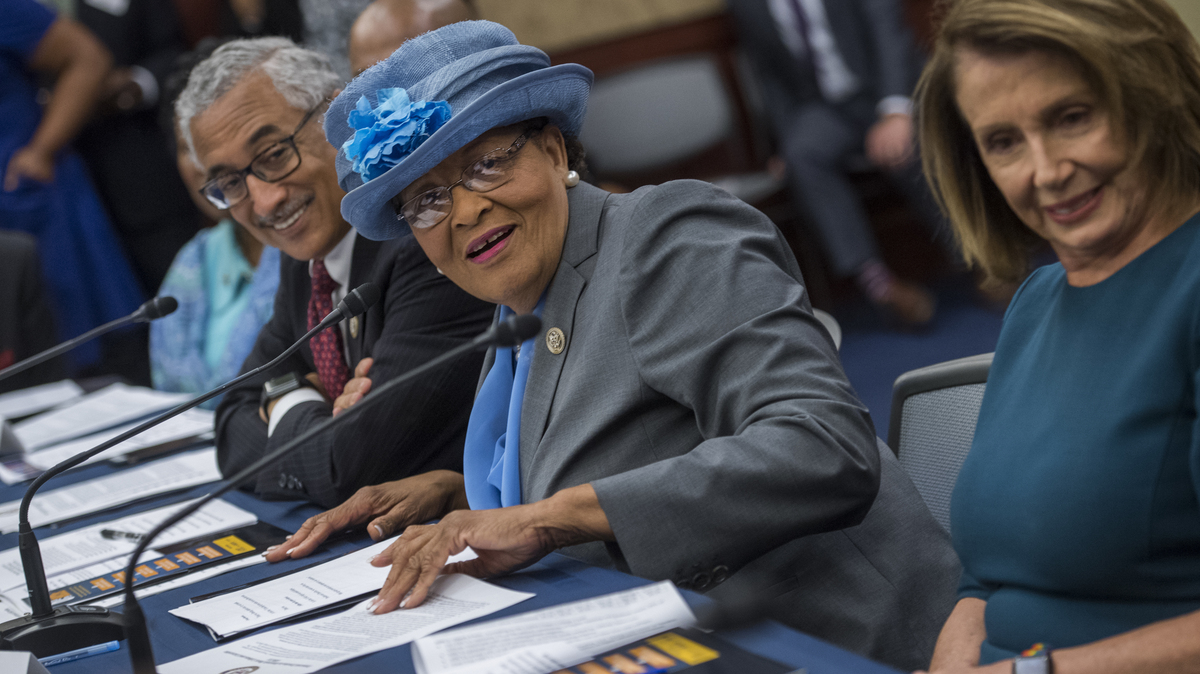 North Carolina Democratic Rep. Alma Adams is one of the 27 women who come away from Tuesday's primaries with a spot on the general election ballot.

There's already a record number of women running for House seats and governorships in 2018 — and women Senate candidates are on track to break records as well.

On the first big night of the 2018 primaries this week, those women fared particularly well.

Women made up 19.2 percent of House candidates on primary ballots in Indiana, Ohio, North Carolina, and West Virginia on Tuesday, according to a new analysis by the Rutgers Center on American Women and Politics that focuses on House nominees. And with the votes tallied, women will make up 33 percent of all general election House candidates in those states — a sign that women punched above their weight in the May 8 primaries.

Altogether, there will be 27 major-party women nominated for the House from these four states, and 8 of those are black women.

"I think that you can make a conclusion from these states that we should now be alert to in future states," said Kelly Dittmar, who wrote CAWP's analysis. "If women succeed as non-incumbents at this level in other states, it will continue what I think is one takeaway from [Tuesday], which is that to some degree women are leading the resistance, if you will, against Republican incumbents."

Dittmar is getting at one important dynamic underlying the "wave of women" who are running for office this year: Democratic women are driving it far more than Republican women. Right now, around three-quarters of women House candidates still in the running are Democrats, according to CAWP, along with around 60 percent of women Senate candidates.

And that partisan imbalance held up in this week's contests.

Of the 27 women winners in Tuesday's House primaries, 22 were Democrats, and 5 were Republicans. Or, put another way: In the general election, women will account for 55 percent of Democratic House nominees from these states, but only around 12 percent of Republican nominees.

That said, neither of the two women competing for Senate nods in Ohio and West Virginia won their primaries.

A solid win rate for women, plus a very high candidacy rate

Especially among Democrats, that win rate was high, but it wasn't off the charts. It's only slightly higher than the 62 percent win rate for Dems in 2012.

But then, combine a relatively high win rate with women simply running in more districts, and it means more women on the ballot in November.

Altogether, these states will have 20 non-incumbent women House candidates on their general election ballots. So more women equals more chances for women to get into Congress — where only 1 in 5 members now are women, by the way.

One big question for 2018: Do women have an advantage?

It's hard to say in any particular case that a person's gender helped them. As one Texas House candidate explained to NPR in March, she suspected gender played a role in her primary success, but she also was confident it wasn't the whole story.

But there are a lot of reasons to think that women, generally speaking, have a leg up this year, especially among Democrats. Pollsters say that women communicate change — and with a Republican Congress, many Democrats want change. Health care is also a big issue among voters this year and voters tend to give women — Democratic women in particular — relatively high credibility on the issue of health care.

On top of this, polling has shown that Democrats, far more than Republicans, think the country would be better off by electing more women.

All of that said, many of the women who won on Tuesday will have a steep uphill climb in November.

However, that phenomenon isn't restricted to women. While there has been a surge in women's candidacies this year, there has likewise been a surge among men, especially among Democrats. Plenty of those men are likewise running in tough races this November.

And one more caveat: While some of these races look tough to win now, race ratings (those "toss-up" or "leaning-Republican" labels) change often, so it's possible that for some of these candidates, the outlook could be sunnier — or even bleaker — come Election Day.