Accessibility links
Tully Review Written by Diablo Cody and directed by Jason Reitman, Tully stars Charlize Theron in an often brutal look at the emotional and physical tolls of parenthood. 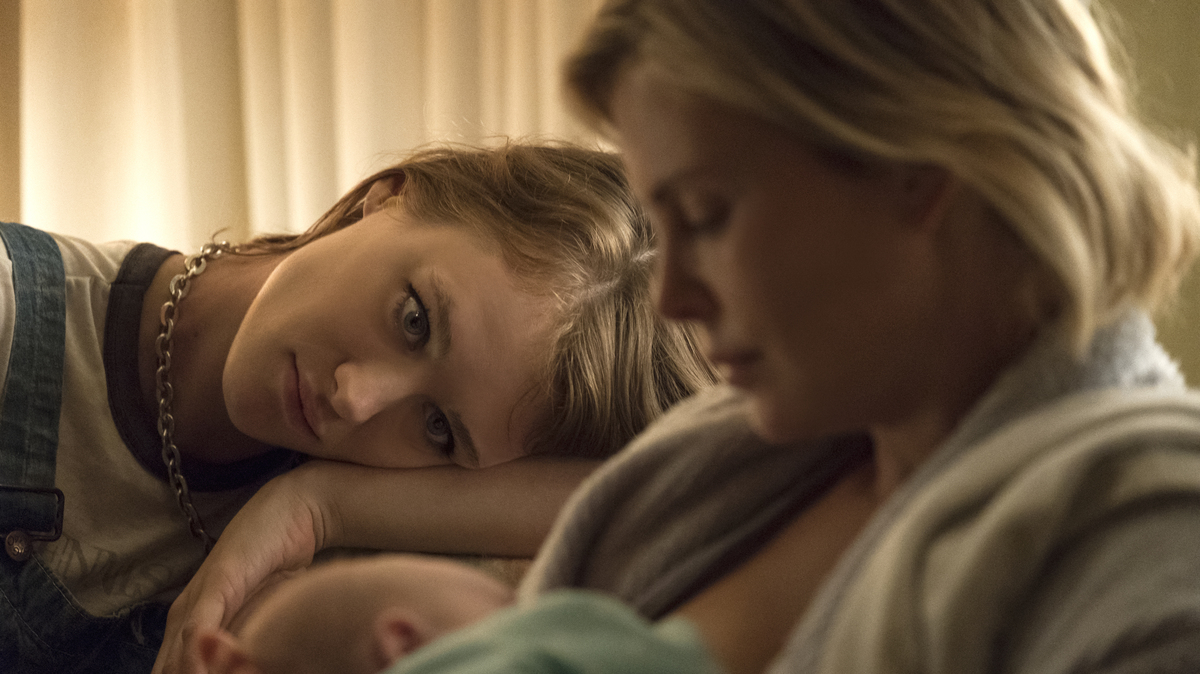 Mackenzie Davis as Tully and Charlize Theron as Marlo in Tully.

It's been entirely too long since Barrie Hardymon joined the Pop Culture Happy Hour panel, so we're happy to have her with us this week to talk about Tully. Jason Reitman and Diablo Cody worked together on both Juno and Young Adult, and Tully's Charlize Theron starred in Young Adult, as well. Here, she plays a mom named Marlo who finds herself physically demolished by the birth of her third child and the depression that follows. In a moment of utter despair, she hires a night nanny named Tully, a young woman who reassures her, puts her back to sleep, and makes sure nothing terrible happens to the baby.

Barrie has written beautifully in the past about the physical experience of pregnancy, and we knew she would have a lot to say about being a brand-new mother. We talk about Theron's moving performance at the center of the film and the way it upends myths about the transformative experience of baby care. Tully has made only a small splash so far, but we all thought it was quite moving, and we all admired Theron's work enormously.