Accessibility links
Bloody-Scepter'd 'Tyrant' Explores Shakespeare's Take On Politics Scholar Stephen Greenblatt says Shakespeare wrote his histories as a commentary on the era he lived in — and those plays still have important things to say about our current political climate. 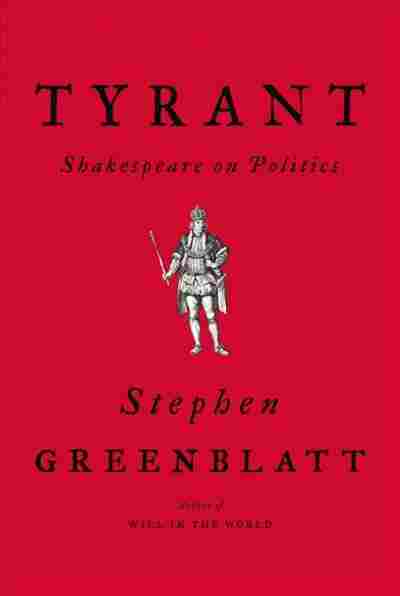 Shakespeare wrote great tyrants. Macbeth, the Scot who plots a bloody route to the throne; Richard III, the brother of a king, and "rudely stamped," in Shakespeare's phrase, who murders his way into power and madness; Coriolanus, the Roman ruler who believes power in the hands of citizens is like permitting "crows to peck the eagles," and betrays his city; King Lear, Lady Macbeth, Henry VI, Julius Caesar — one of Shakespeare's themes is how men and women may lust for power, then use it in the worst way.

Stephen Greenblatt, the award-winning Shakespeare scholar, has looked once more at these works which have inspired him, during a time that concerns him — his new book is called, simply, Tyrant. He says Shakespeare wrote his histories as a commentary on the times he lived in: "We are always doing this. We look at the past in order to understand something about the present, we bring the concerns of the present to understand something about the past, and I am trying to think through a somewhat disorienting moment by looking away from that moment, back 400 years to the past."

On Shakespeare's fascination with tyrants

He wants to know — especially because people often know that the aspiring rulers are liars, impulsive, dangerous demagogues, why is it that people embrace them? Because, after all, Shakespeare understood — as we understand — that people are concerned about their own interests. So he's fascinated by what I call in the book the enablers, the people who help someone of this kind, even in the clear-sighted knowledge of what they're dealing with, to achieve their ambitions.

On why people embrace tyrants

Shakespeare had some ways of thinking about this, partly thinking about what happens when party politics becomes bitterly factionalized, partly thinking about the lure of fraudulent populism, what happens to make people embrace leaders who have no respect for existing institutions or laws, to identify with the bullying of the weak, to accept lies that appear to be told without consequences. But as I say, he's also interested in how one might get out of this situation, how one might escape from the lure or the fascination.

On whether Shakespeare saw a way out of tyranny

He didnt think it was easy, but I think he thought there were a variety of different ways that might lead out. Starting, of course, with what he took to be the worst attempt to get out, namely assassination. But there are other ways. He's interested in a variety of resistance leaders. He's interested in those who speak truth to power, often women, actually, in his plays. He thinks about what it means to feel that you are genuinely a servant, the way the nameless servant, the remarkable nameless servant is in Lear, King Lear, who stops his master from torturing a suspected traitor. And then he thinks about ordinary people, about voters. But he didn't think that Richard III only by murder, or by blood. He thought he came to power by election, and Shakespeare was fascinated by the notion that people would elect someone like that — and then he also was fascinated by the possibility that you wouldn't elect someone like that, that you remain silent, as the crowd first does in Richard III. Or, marvelously, at the end of his career, Shakespeare thought in a very sustained way about what it would mean for politicians, low-level, ordinary politicians to insist on the observing of democratic procedures, on voting procedures, as they do in that play, Coriolanus. And that is what, in effect, defeats the rising tyrant.