Accessibility links
Many Electronic Voting Machines Are Not Secure. One County Is Trying To Fix That Most electronic voting machines don't create a paper trail but voting officials in Austin are trying to marry the convenience of electronic machines with a paper trail that can be audited. 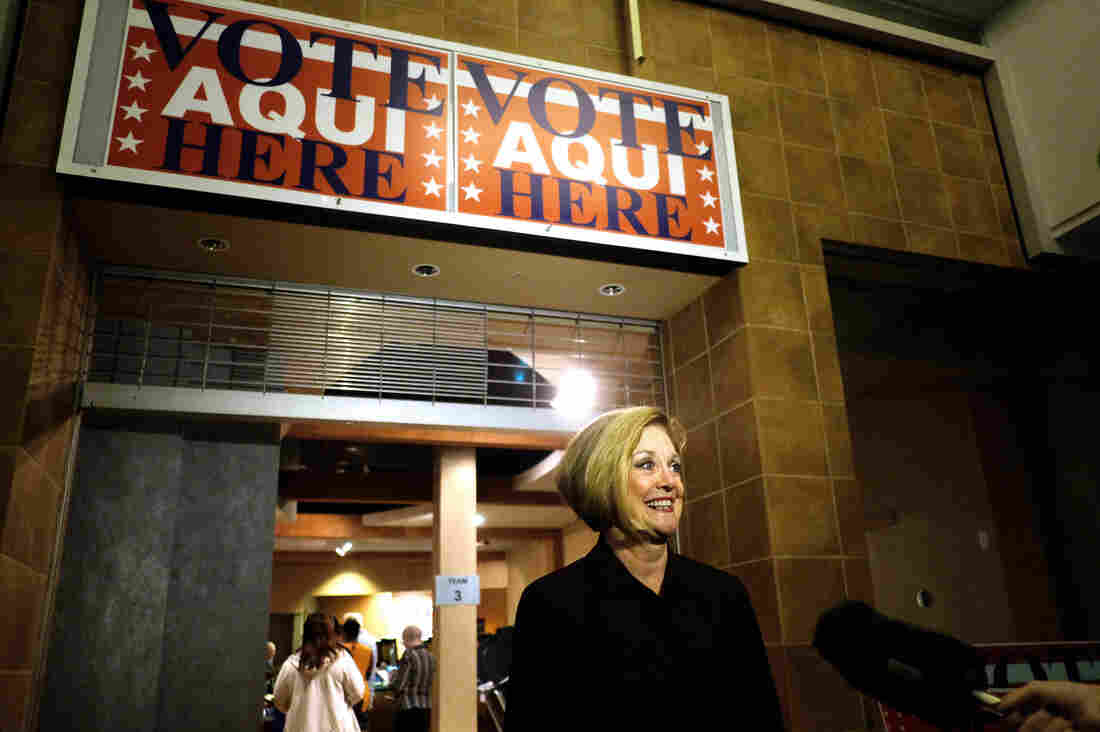 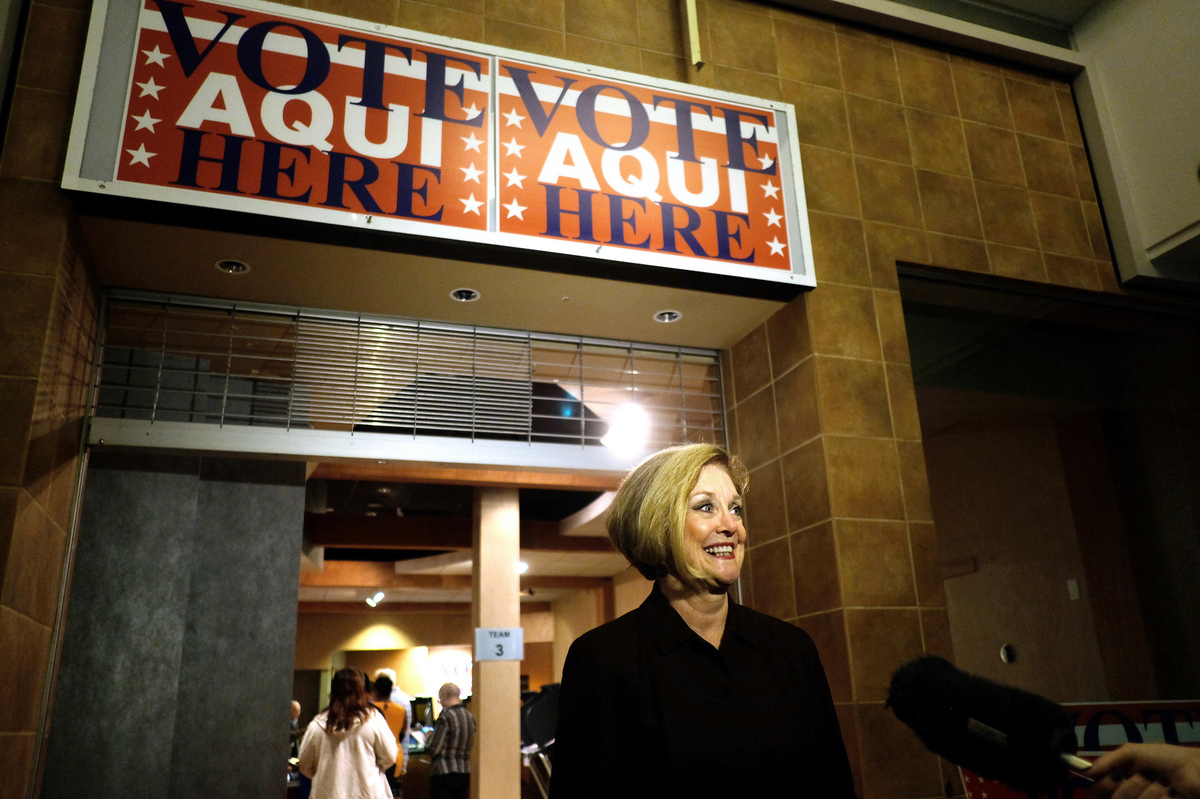 Election administrators in Austin, Texas, are trying to put an electronic voting system in place before the 2020 presidential election that is more secure than anything else in the market right now.

There are widespread concerns that many of these voting machines are vulnerable to hacking due to aging equipment and design flaws. Following reports of Russian interference in the 2016 election, lawmakers say local governments need to start switching to more secure technology.

Still, many voters and election officials say electronic voting machines make voting easier for some people, particularly those with disabilities — and they can also make voting more convenient because ballots don't need to be printed in advance.

Many voters are eager to see some electronic voting machines produce a paper trail. Elliott Gurwitz, a computer programmer living in San Antonio, says for years he's been skeptical of the voting machines at his local polling place.

"In San Antonio, you walk in and you basically — it's all electronic — you push buttons and then you leave," he says.

Gurwitz says he wishes there was a way to make sure the computer he's using isn't making any mistakes.

"It'd be nice if you could see something printed or have some kind of receipt or something where it is more than just you pushing a button and they say, 'yeah your vote counted,' " he says.

(Interactive: How secure is your vote?)

More than a dozen states, including Texas, have counties that use electronic voting machines that don't create a paper trail. This is something that has rankled academics and cybersecurity experts for years.

Dana Debeauvoir, Travis County's Clerk in Austin, says she and other Texas election administrators have heard a lot of complaints through the years.

"The problem with that was we election administrators had no authority to change the equipment or make updates, or buy different equipment — because it was certified and you had to buy certified equipment," Debeauvoir says.

But as Austin's voting machines got older, Debeauvoir looked around and wasn't happy with the replacement options. She says she couldn't find an electronic voting system that was truly more secure. So, Debeauvoir decided to reach out to a group of experts.

"I challenged the group and I told them, 'Look, if you want a better voting system then work with us and I will help you develop a voting system that meets your needs and I will make sure that it works in the field, that it's a practical system," she says.

A team of election administrators, cybersecurity experts and academics worked together for roughly a decade. They called their project STAR Vote — that stands for Secure, Transparent, Auditable and Reliable.

What they came up with was an electronic voting system that created a paper receipt for every voter. It also created paper record that could be checked against the electronic voting totals. Philip Stark, the associate dean of the Division of Mathematical and Physical Sciences at the University of California, Berkeley, was an auditing expert on the team.

"One of the neat things about the STAR Vote project was that it was being designed from the ground-up to be auditable efficiently," Stark says.

STAR Vote was designed to upend a system that relied on blind trust, he says. It allows voters to make sure their votes are counted correctly and it creates a paper record that couldn't be hacked.

However, STAR Vote hit a big snag. Debeauvoir says she couldn't find a voting machine manufacturer to make an open source system, which is both a key security and cost-control feature of STAR Vote.

"One of the reasons why we had asked for open source is because we wanted to significantly reduce the cost of these voting systems to the counties," Debeauvoir says.

Besides the actual hardware, Debeauvoir says election administrators pay for the software licensing of their voting machines. Philip Stark says that's part of the reason an open source system would amount to a big financial hit for manufacturers.

"I am not surprised that none of the existing manufacturers of voting systems wanted to bid on it, because it's basically a radically different model that competes with theirs, which if it were adopted would require them to retool in some fundamental way," Stark says.

Debeauvoir is pressing on, though. She's currently asking manufacturers to build everything else in the STAR Vote design.

And even though they won't get STAR Vote, Austin voters will be using something similar to it before the next presidential election.