Accessibility links
Rita Moreno To 'My Gente': Be Proud Of Who You Are, And Don't Give Up Moreno is being honored by the Ellis Honor Society for her work with immigrant communities. She talks to NPR's Lulu Garcia-Navarro about her career, her advocacy, and progress in the Latino community. 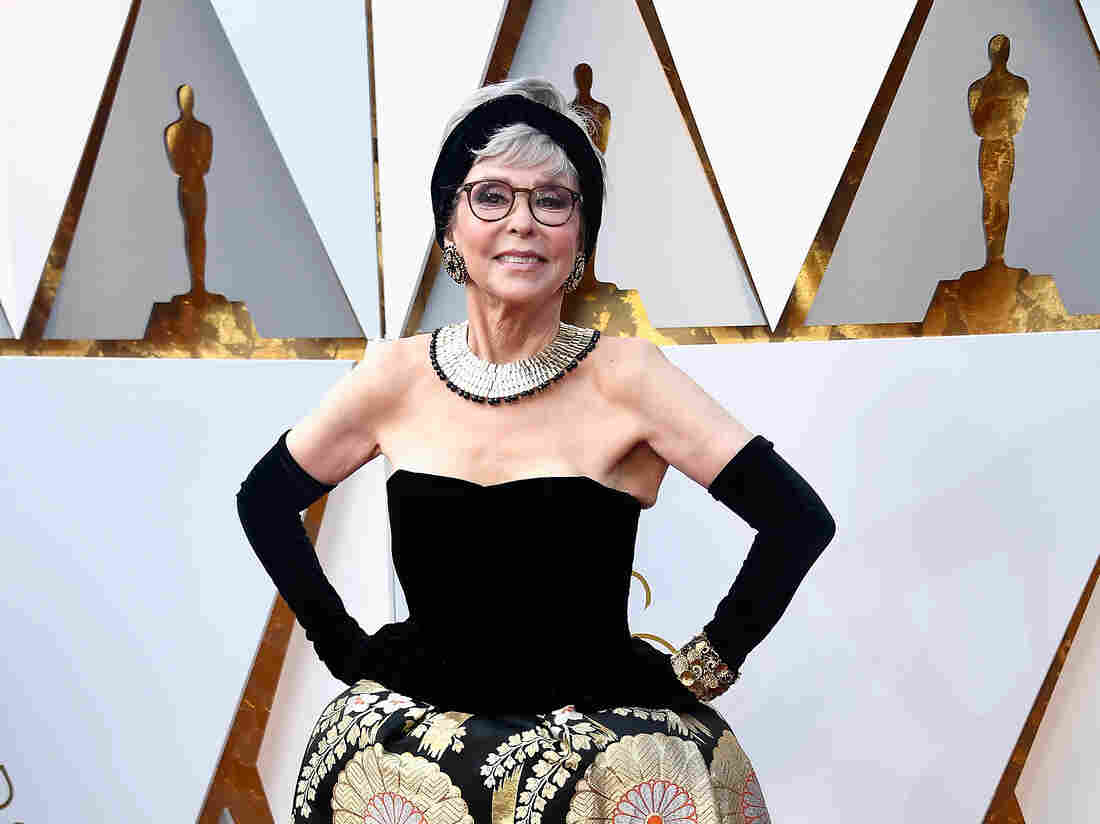 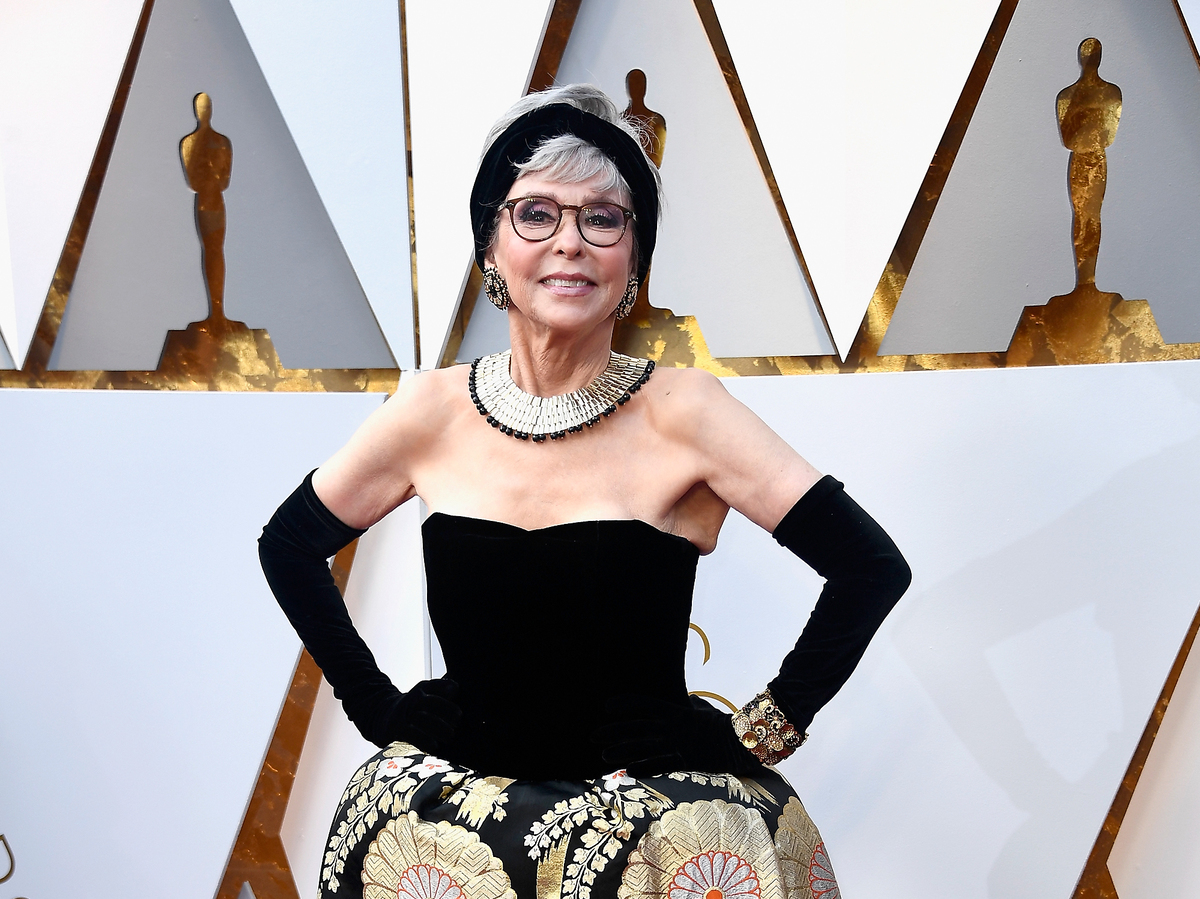 The list of accolades is long for Rita Moreno. The 86-year-old is the only Latina — and one of just 12 artists overall — to have won an Emmy, a Grammy, an Oscar and a Tony for her work. This weekend, she received a different kind of award — for her advocacy. The Ellis Island Honors Society is giving her a medal of honor for her work with immigrant communities.

Born Rosa Dolores Alverío Marcano in Puerto Rico, Moreno moved to New York as a child. Throughout her career, she's often been involved in important causes, among them joining Harry Belafonte to take part in the March on Washington for civil rights in 1963. She has been especially proactive in numerous causes for Latinos.

Moreno currently stars in the Netflix reboot of the 1970s-1980s TV show One Day at a Time.

At a moment where many members of minority communities feel under threat, Moreno talks with NPR's Lulu Garcia-Navarro about the Latino community, her career and her advocacy.

On where the Latina community stands now on important issues

You know, I really don't know. I am confused. ... The difference is that we are now really raising our voices like we never have before. And I think that is the big difference, whether we're dealing with someone difficult and dangerous and bizarre as this president. We are getting just as loud as he is, and we are trying to show America that we are not the kind of people that he keeps portraying. And I think that's going to help a great deal. 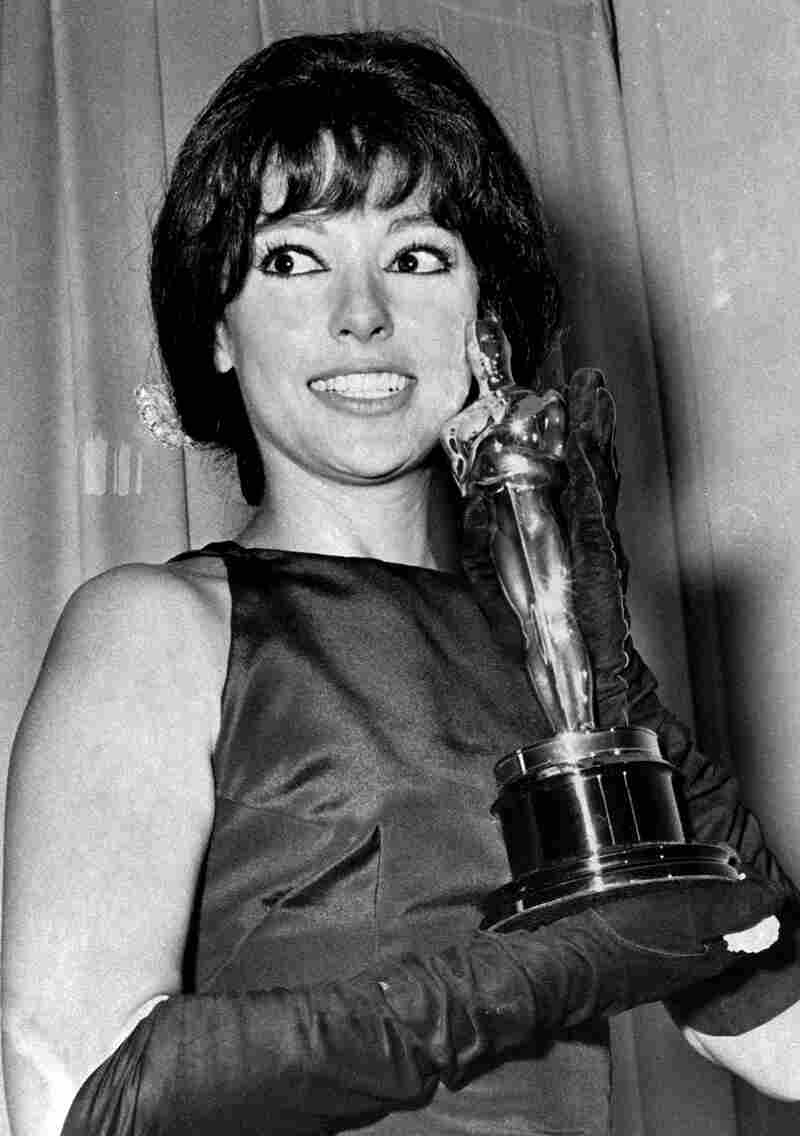 Actress Rita Moreno holds the Oscar she won at the Academy Awards ceremony at Santa Monica, Ca., April 9, 1962. She won best supporting actress of the year for her role in West Side Story. AP hide caption 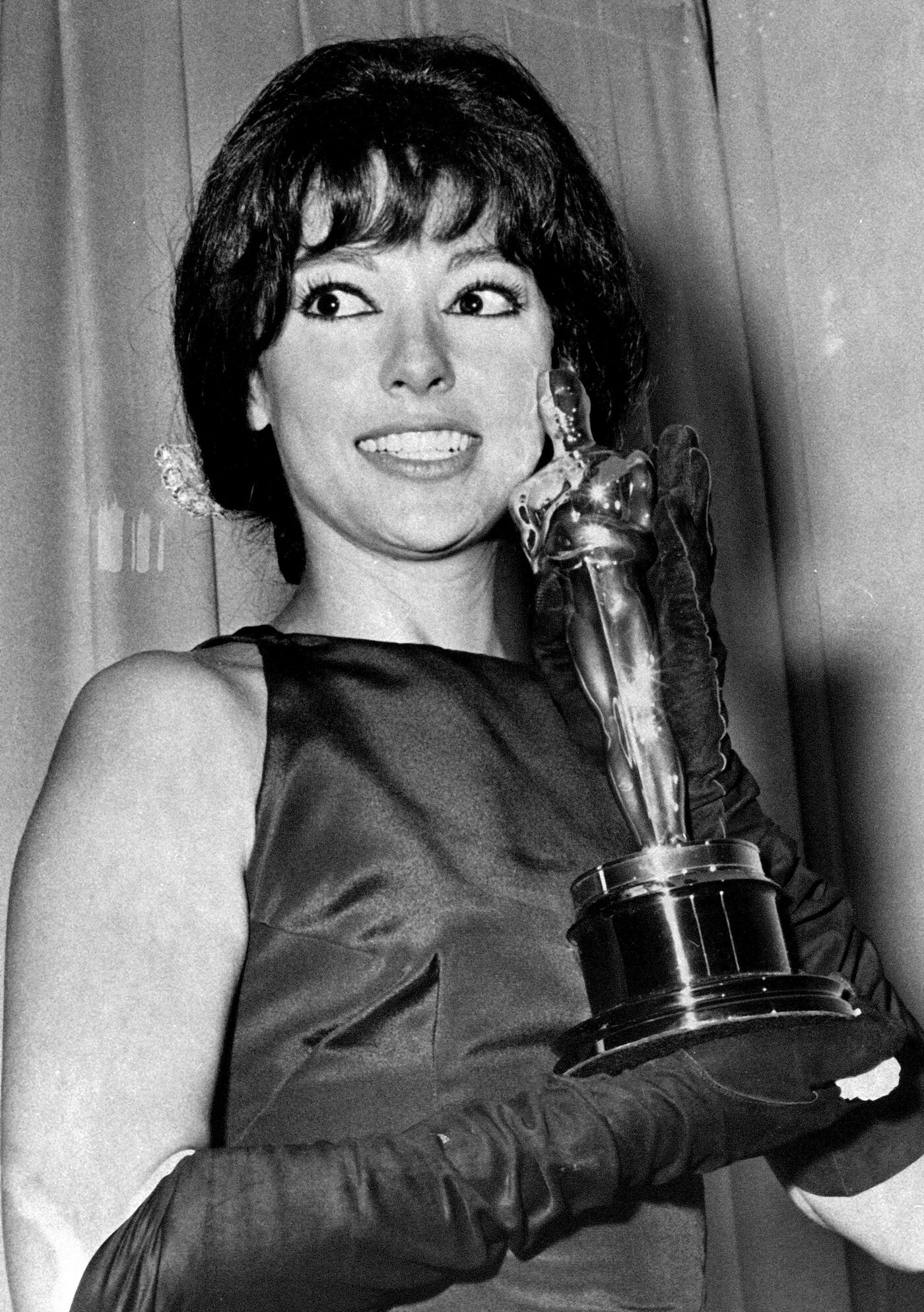 Actress Rita Moreno holds the Oscar she won at the Academy Awards ceremony at Santa Monica, Ca., April 9, 1962. She won best supporting actress of the year for her role in West Side Story.

On how she sees her role in this conversation

Well, my role hasn't changed at all. I'm still advocating ... I'm going to press for the vote — the Latino vote — when the time comes, because I think it's going to make a great difference. I think we just have to make the people believe that their vote does make a difference.

I think people are still under the impression — people of color and minorities --that, "Oh well, you know it's only one vote." It is not one vote. It's hundreds and hundreds of thousands.

It was actually heartbreaking: I had won two major awards for West Side Story — I had won the Oscar and a Golden Globe — and fully believing that I was going to get a lot of work from then on and everything was going to be just rosy. And the opposite happened — I couldn't get a job to save my life. There were a few offers, but the offers that were offered were minor movies with gangs. I just couldn't believe it. I'm telling you that it broke my heart at the time — it just absolutely broke my heart.

On what has changed for Latino performers over the years

I think what's changed for Latino performers is Latino performers! I think we have spoken out, and the door is much more open now — I don't think it's open enough, but it's certainly more open — and we're pushing the gates, and that's what it takes.

I think we can take a really good lesson from the black community. They've finally done it, my God. They've done several movies now that simply show the film business that a movie with black actors in it can actually not only make money but be a huge success.

Now the next step will be — and that's going to be the harder one — the one where it's not just black, and not just Hispanic. I mean we haven't had that turn yet. ... But for the meantime it's a huge step, and that is terrific. Black Panther's success is our success as well....

There has been progress. I don't think there has been enough progress, considering the amount of effort that has gone into trying to get that progress going. But yes, the door is open, it's just not wide open. Ricardo Montalban used to say "the door is ajar."

What a devastation. My God. It's as though they can't do right for doing wrong. What a curse. It's horrifying. By the way, I just sent, uh — I and someone else just sent about 70 water filters to my hometown and the outlying towns around it. And they're really marvelous because they are hand-cranked, so they don't have to depend only on the sun. But you know, that's a drop in the bucket. That's nothing compared to what is needed.

I met with the mayor of San Juan yesterday — what a great gal she is. ... She is determined to turn things around, but she can't do it by herself. You know, we need funds from the [federal government]. It's shocking, absolutely shocking what's happened to this country. It's become a Third World country overnight.

On what she thinks needs to happen

First of all we just have to put Puerto Rico back on its feet. That's the very first thing that has to happen, starting with the most mundane and basic things — like electricity, like filtered water, like generators. It's just — you know, I just get speechless when I start talking about Puerto Rico, because it seems so hopeless....

I know that the governor didn't want to offend the president for fear that we would lose even more, but frankly I think he could have done a whole lot better when what's-his-name — the president went to Puerto Rico. I get so angry at him I can't remember his damn name! Trump, Trump — el payaso! ... Yeah, the clown!

I really think that Rossello could have done better, and I was very, very angry at him for not speaking up — but I guess he was between a rock and a hard place.

On what she'd say to her "gente"

What I say to my gente [people] is to hang on, and to remember who they are, be proud of who they are, and keep talking. And keep complaining, and just don't ever — don't give up. That's always been my motto anyway. My motto has always been "persevere" — perseverancia. And that's what we need to do.