Accessibility links
'Black Panther' Star Chadwick Boseman Lauds Student Activism In Howard Commencement Boseman urged graduates of his alma mater to find and fulfill their life's purpose, and persist in the face of life's adversities. He was awarded an honorary doctorate degree at the university. 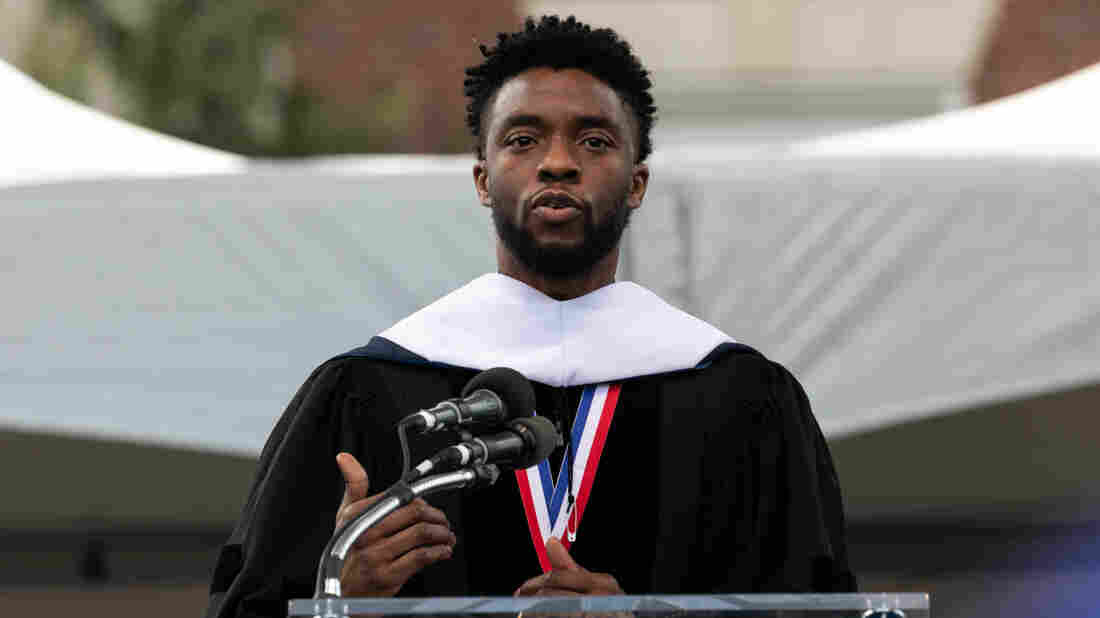 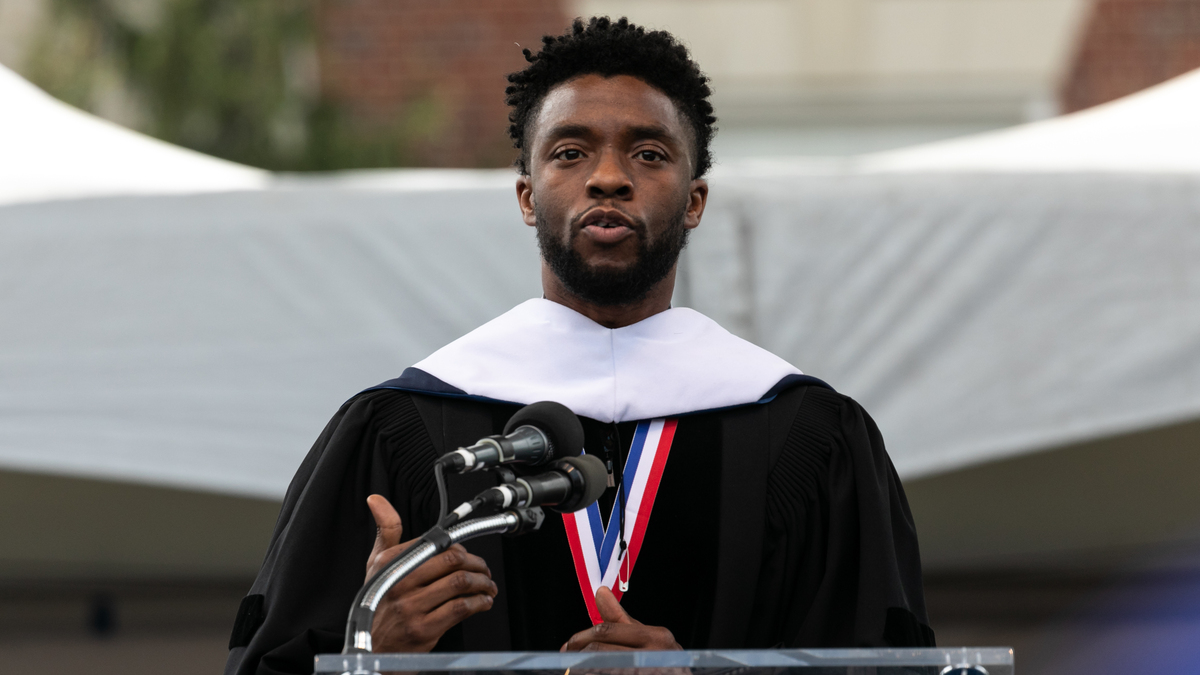 Black Panther star Chadwick Boseman spoke to graduates of his alma mater, Howard University, this weekend at the university's commencement, and said they should always be fueled by a sense of purpose, and face life's challenges without fear. The South Carolina native graduated from Howard with a Bachelor of Fine Arts in 2000, and told the Class of 2018 the campus represents "the culmination of the intellectual and spiritual journey you undergo while you were here."

"That is the magic of this place," Boseman said. "Anything can happen here." After graduating from Howard, Boseman attended the British American Dramatic Academy at Oxford. He quickly got acting jobs, first as the lead of a New York City play, and later, on a soap opera. It was in his television role that Boseman said he encountered a conflict between his professional ambitions, and personal values and beliefs.

In the soap opera Boseman played a young black man, with an absent father, and drug-addicted mother, who was lured by a gang. Boseman felt the role played on stereotypes. "I found myself conflicted," he said. "The role seemed to be wrapped up in assumptions about us as black folk – hardly any positivity."

After he voiced his concerns to the show's executives, Boseman said he was fired.

"What do you do when the principles and standards that were instilled in you here at Howard close the doors in front of you? Sometimes you need to get knocked down before you can really figure out what your fight is."

Boseman urged graduates to, like him, "Take the harder way, the more complicated one, the one with more failures at first than successes. ... then you will not regret it."

He praised student protests over a financial aid scandal, campus housing, and tuition increases, which roiled the campus earlier this year with sit-in demonstrations, and demands for the university president to resign. In April, students took over the administration building for eight days. "Everything that you fought for was not for yourself, it was for those who came after you," Boseman said, also lauding the administration for listening to the student protesters, and vowing to make change.

"Purpose is the essential element of you," Boseman told the graduates. "It is the reason you are on the planet at this particular time in history. Your very existence is wrapped up in the things you are here to fulfill."

Other prominent Howard University students and alums include Toni Morrison, Thurgood Marshall, Zora Neale Hurston, and Roberta Flack. The Washington Post reports more than 2,000 students will receive degrees from Howard, referred to as "the Mecca" of black education in the U.S., in 2018.

"Savor the taste of your triumphs today," Boseman implored graduates on Saturday. "Don't just swallow the moment whole without digesting what is actually happening here. Look down over what you conquered and appreciate what God has brought you through."

During the commencement, Howard University awarded Boseman with the university's highest honor, an honorary doctorate degree, Doctor of Humane Letters. Boseman said he will lead a campaign to create a separate college of fine arts at the university; at present, Howard has a division of fine arts.

As he wrapped his speech, Boseman did his now famous "Wakanda salute" saying, "Howard forever."