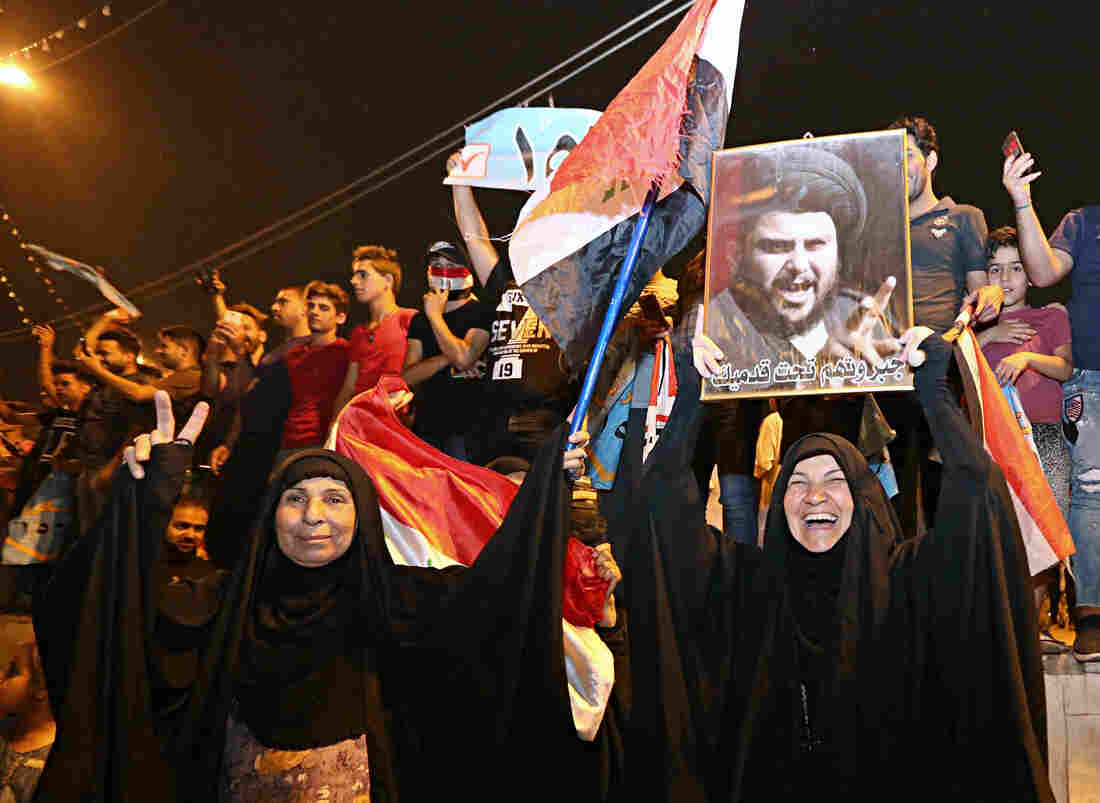 With official results in from just over half of the country's provinces, supporters of the influential Shiite cleric Muqtada al-Sadr celebrate in Tahrir Square, Baghdad, early Monday. Hadi Mizban/AP hide caption 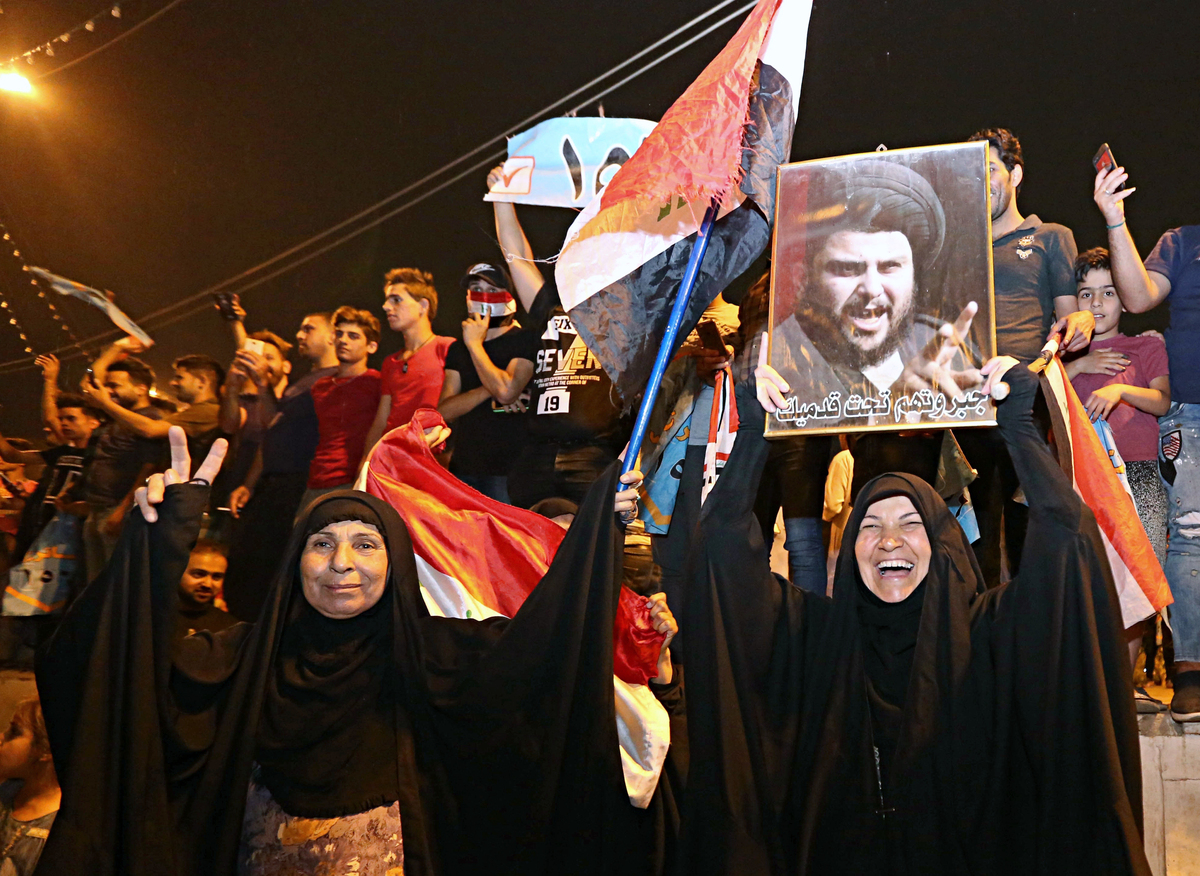 With official results in from just over half of the country's provinces, supporters of the influential Shiite cleric Muqtada al-Sadr celebrate in Tahrir Square, Baghdad, early Monday.

Election officials Sunday night released results for ten of Iraq's 19 provinces, accounting for more than half the vote. Sadr's political list Sa'iroun (Moving Forward) was either leading or in second place in almost all of them.

Abadi is expected to do well in Nineveh province and its capital Mosul, which was liberated from ISIS by U.S.-backed Iraqi forces last year. But the remaining votes are unlikely to change the bigger picture of the election results.

Even a second place for Sadr's political bloc would significantly change an incoming Iraqi government. Sadr has no direct political role but after disbanding his own political movement he pledged to reform the government. He threw his weight behind a political alliance of Sadr followers, secular candidates and Communists for this election and instructed followers to vote for qualified candidates and not on the basis of religion.

Sadr's Mahdi Army militia fought U.S. forces after the U.S. invasion of Iraq in 2003. He later battled the Iraqi army for control of Basra. He disbanded his Mahdi militia and turned it into a social organization but later reactivated a paramilitary force to protect Shiite shrines.

The Sadr movement's base is made up largely of poor, disaffected young Shiites. His strong showing tapped into a deep vein of anger among Iraqis over poverty, ineffective public services, lack of jobs and rampant corruption. His movement also benefited from instructions by Iraq's most revered Shiite cleric, the Grand Ayatollah Ali al-Sistani. Sistani rarely comments on politics and did not endorse any candidates but told Iraqis through a representative that they should not re-elect politicians who have failed to serve them.

Sadr, from a revered family of Shiite religious scholars, on Saturday was shown in videos and photos posted online walking to a polling station to cast his ballot in a poor district in Najaf, in southern Iraq. Other political leaders in Baghdad voted at the luxury Rasheed Hotel behind the concrete walls of the green zone, the seat of government power.

In recent years, Sadr has made an effort to reach out to Sunni Muslims and other groups in Iraq. And he has forged ties with countries including Saudi Arabia, which for years had strained relations with Iraq's Shiite-led government.