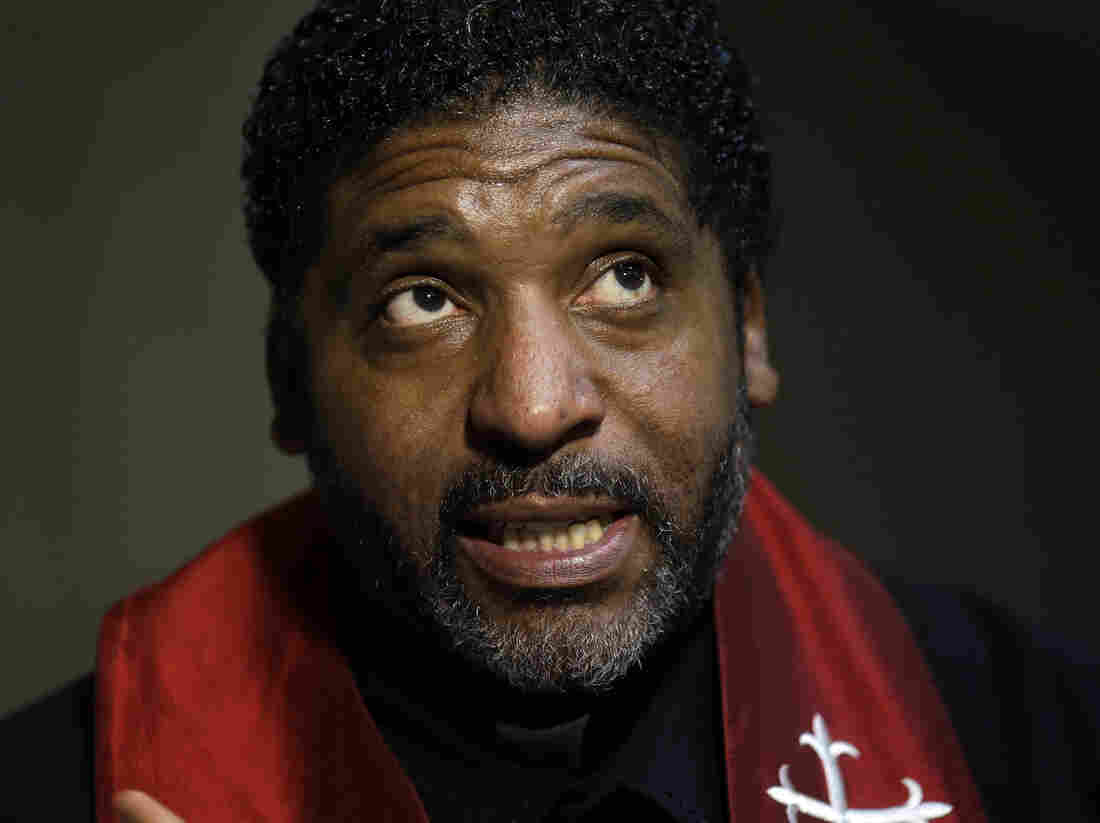 Rev. William Barber is co-chair of the Poor People's Campaign: A National Call For Moral Revival. He says this movement is about bringing issues of poverty into the national political discourse. Gerry Broome/AP hide caption 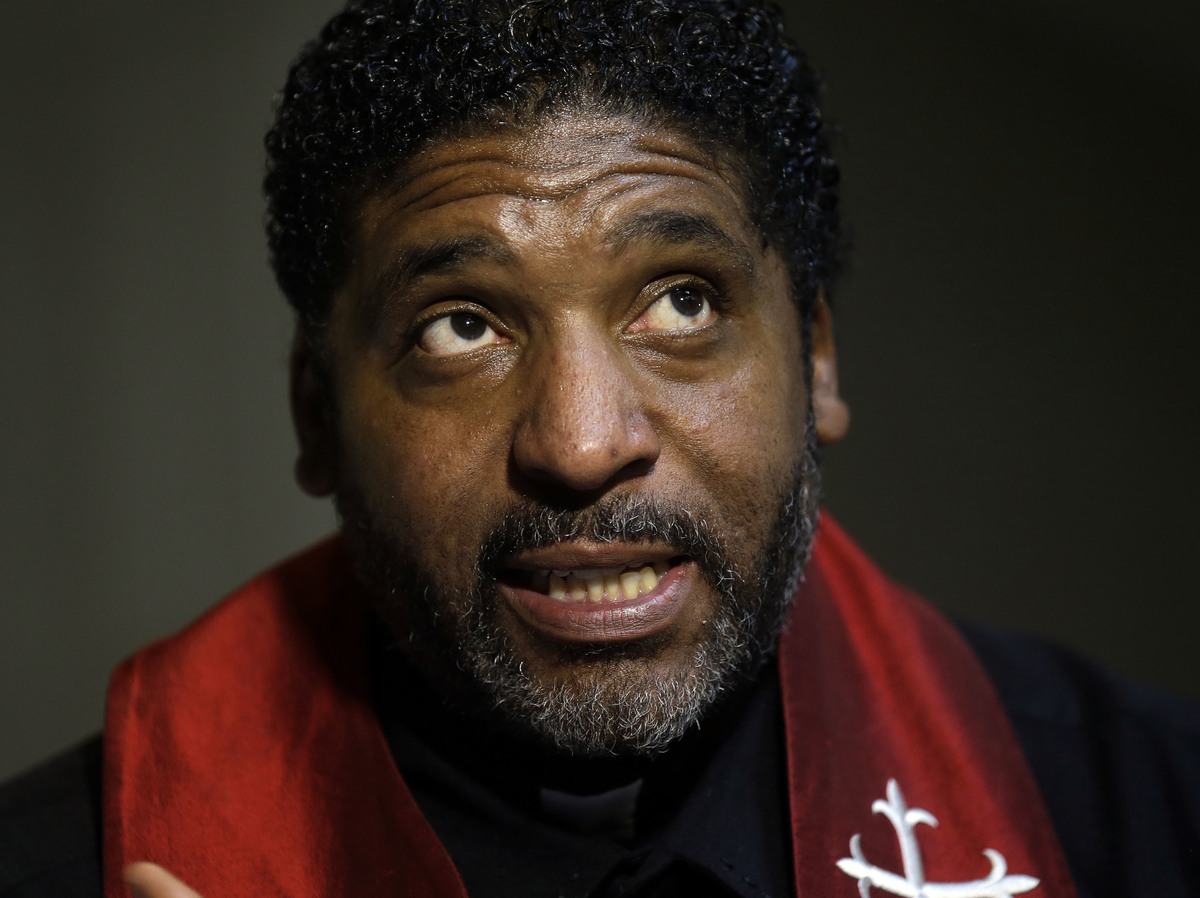 Rev. William Barber is co-chair of the Poor People's Campaign: A National Call For Moral Revival. He says this movement is about bringing issues of poverty into the national political discourse.

Thousands of low-wage workers, faith leaders and civil rights advocates are expected to descend on more than 30 state capitals and Washington, D.C. today to relaunch a fight against poverty, war and income inequality that first took root half a century ago.

The original 1968 Poor People's Campaign was a multicultural, multi-faith coalition planned by Martin Luther King. It brought thousands of Americans living in poverty to the national mall to demand better living conditions and higher wages.

"We understand that in order to change things we have to do the rallies, we have to do organizing, we have to do voter mobilization, we have to engage in civil disobedience," says Rev. William Barber, a pastor at Greenleaf Christian Church in Goldsboro, N.C., and a national co-chair of the Poor People's Campaign.

"People will come together and put their mouths and their bodies on the line to force the nation, the media to have to see and hear the people that are impacted," says Barber, who will be in Washington to lead the demonstration at the U.S. Capitol.

The plan is to have simultaneous "waves" of action across the country calling attention to the "enmeshed evils," including systemic racism and America's war economy that organizers say are contributing to so many living in poverty, the majority of whom are white.

According to the U.S. Census, there are nearly 41 million people living in poverty, though Barber believes that number is off.

He points to research by the Institute for Policy Studies, a progressive think tank that focuses on social issues, which estimates 140 million Americans are "either poor or low-income" when items beyond income are considered, including out of pocket costs for food, clothing, and utilities.

"It's just constant juggling, figuring out what bill to pay and what not," says Terrence Wise, a fast food worker for 20 years.

He lives in Kansas City but is making the trip to Missouri's capital, Jefferson City, to protest.

As a shift manager at McDonald's, he makes $10.25 an hour. His fiancé is a home healthcare worker who makes $12 an hour. Wise says it is difficult to make ends meet while raising their three teenage daughters.

"And it's really dangerous when we are skipping meals or having to buy less food. Now you are not only struggling financially, you're possibly affecting the health of your family and your children."

Wise is a leading voice in the push to raise the minimum wage to $15 an hour.

He hopes that the new Poor People's campaign helps make Americans more mindful of the struggles low-income people go through.

"I'm hoping it shakes America's conscience — that it makes many more aware," Wise says. "The goal is to bring more and more Americans into the movement and help make things better on all levels for everyone." 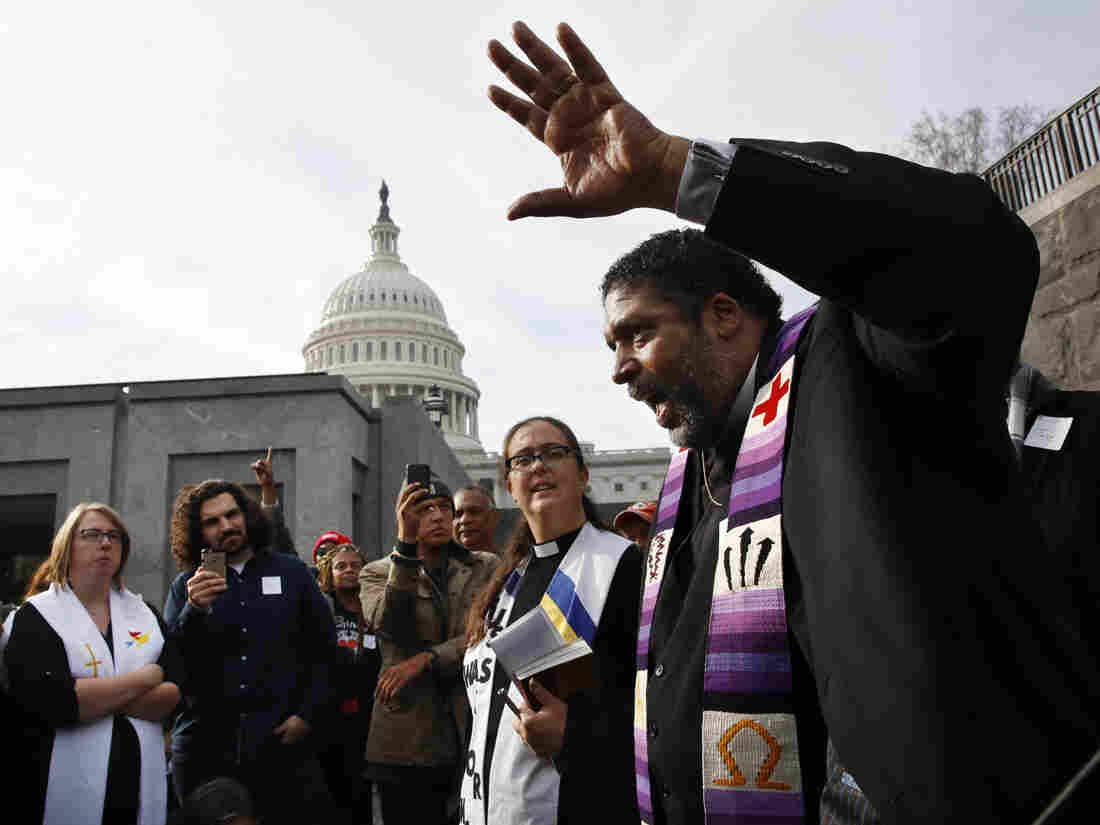 Rev. William Barber with the Poor People's Campaign speaks to a group after they prayed inside of the Capitol Rotunda in protest of the GOP tax overhaul in December. Jacquelyn Martin/AP hide caption 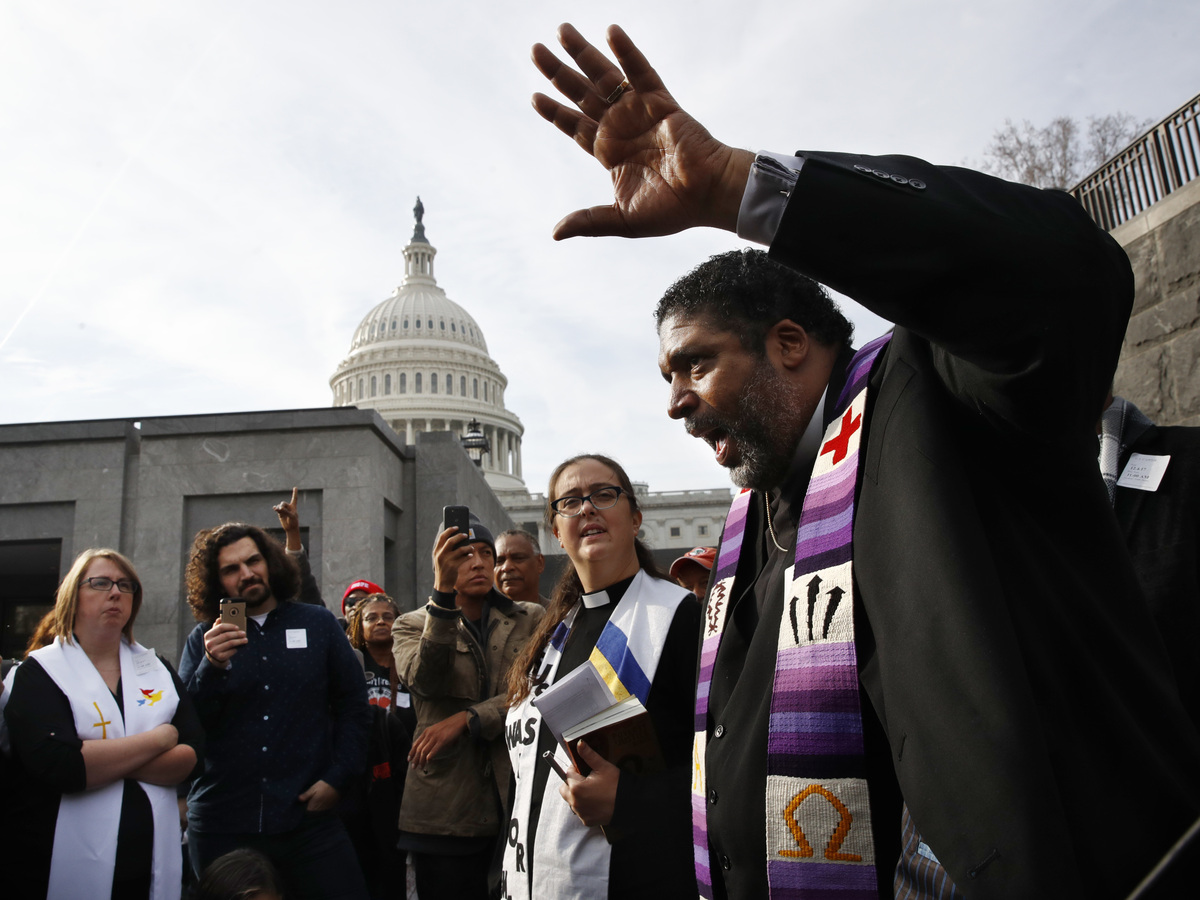 Rev. William Barber with the Poor People's Campaign speaks to a group after they prayed inside of the Capitol Rotunda in protest of the GOP tax overhaul in December.

Organizers have many demands

The original 1968 Poor People's Campaign was King's vision to take the civil rights fight beyond injustices rooted in Jim Crow and to expand them to fight indignities of poverty suffered across racial lines.

King never lived to see the campaign get underway. But just weeks after his assassination, some 3,000 poor Americans came to Washington to form Resurrection City – a semi-permanent shantytown of wooden tents erected on the national mall.

The centerpiece was of that campaign was a mule train, a caravan that made its way from Marks, Miss., the poorest town, in the poorest county, in the poorest state, to Washington D.C. People lived there for six weeks.

Civil Rights icon Jesse Jackson, the founder of the Rainbow PUSH Coalition, was appointed "city manager" of Resurrection City and wrote about it in a CNN opinion piece.

"For 42 mostly rain-drenched and mud covered days, Resurrection City was home to thousands of the poorest of the poor, doing their best to prick the conscience of America and force action against the sin of grinding poverty in the richest nation on earth."

Barber did not rule a Resurrection City-like demonstration in future actions.

For the next month and a half, each week will have a theme starting with a focus on children, women and people with disabilities living in poverty.

The new Poor People's Campaign is calling for a list of demands including changes to federal and state living wage laws that are "commensurate for the 21st century economy," a reinvestment in public housing, a repeal to the 2017 GOP-led tax plan, an end to America's militarism and reallocation of "resources from the military budget to education, health care, jobs and green infrastructure needs" and eradicating systemic racism, just to name a few.

Michael Jeffries is an associate professor of American Studies at Wellesley College in Massachusettes. He says the movement is coming at the right time, but the focus may be too expansive.

"[Barber] has a list of demands for this reinvigorated Poor People's Campaign, but it is a lengthy list," Jeffries says.

"The piece of this that remains to be seen is, can you sustain a social movement with as many issues as Barber is targeting?"

For his part, Barber says he and other organizers are building for a multi-year campaign.

"We know this nation can be better," Barber says. "We've never lost a fight for justice that we chose to fight. The only ones we have lost in history are the ones no one chose to stand up for."

Editor's note: This post has been updated to clarify the findings cited in the Institute for Policy Studies report. The report found 140 million Americans are either poor or low-wage. The original post said those 140 million are living in poverty.