Accessibility links
Tuesday's Primaries Shape Decisive Battles For Congress Seats critical to the Democrats' calculus for winning back the House were on the line Tuesday night, including many in Pennsylvania. The state's congressional districts were redrawn this spring. 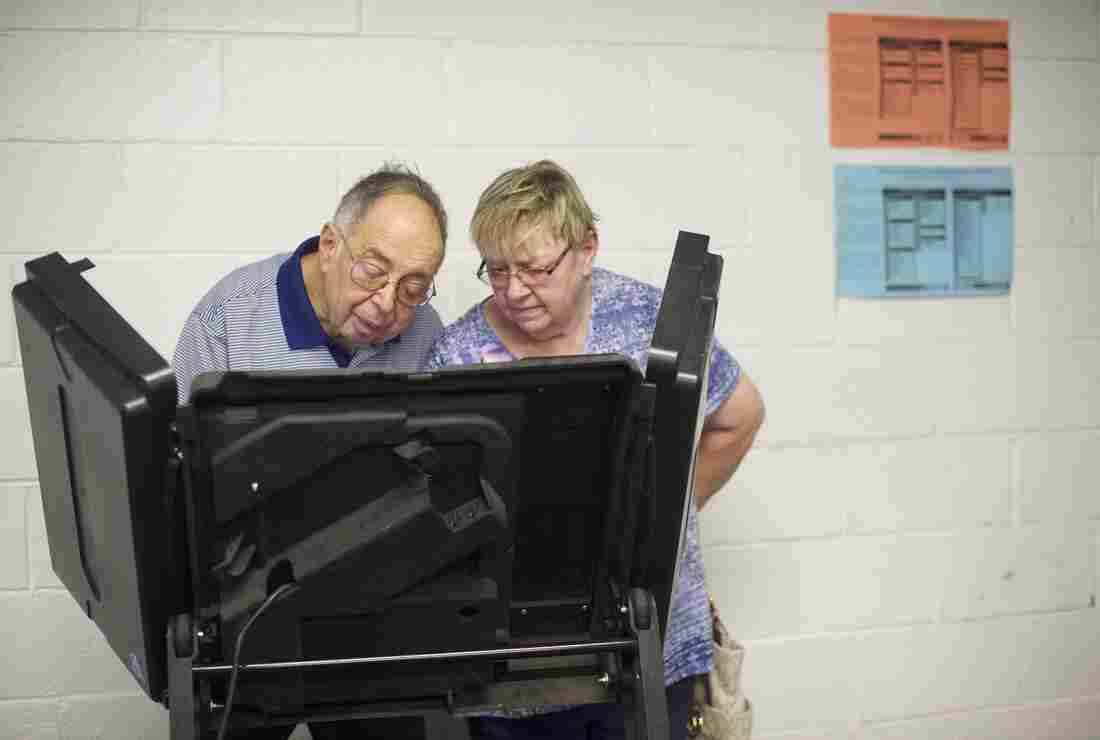 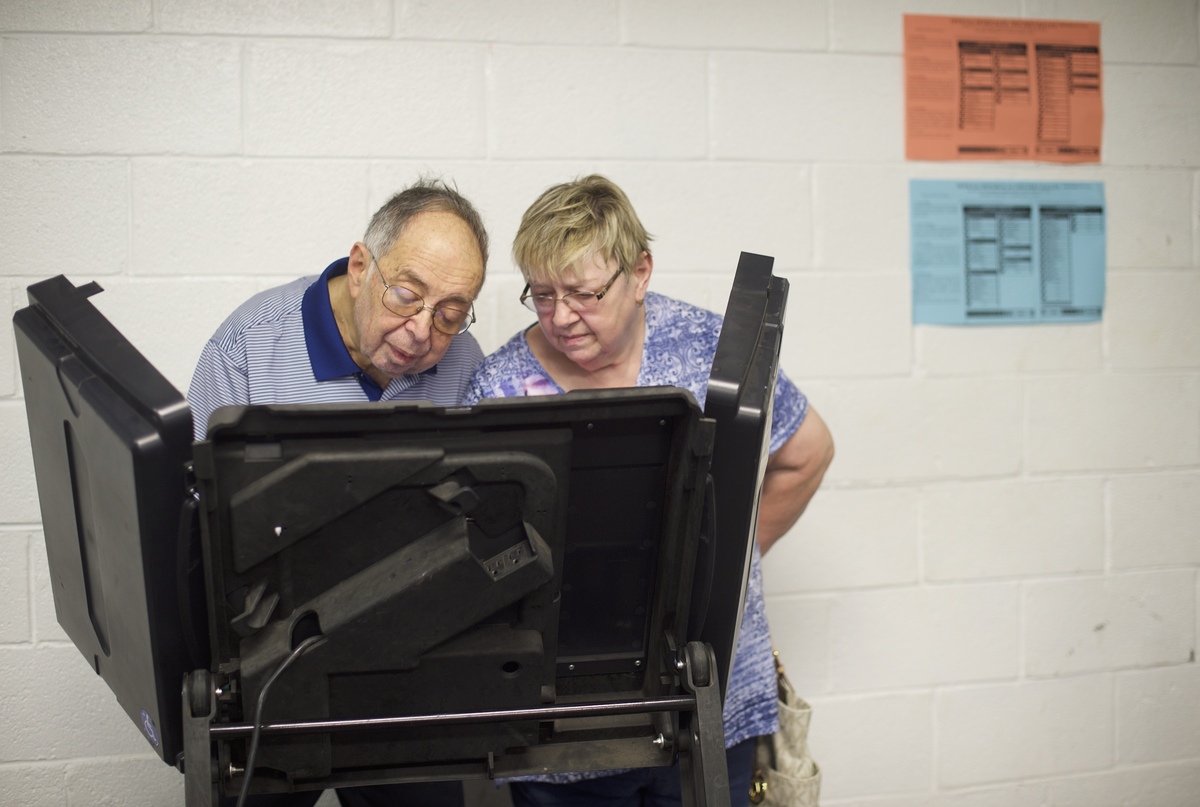 Democratic women again finished strong in primaries on Tuesday night, with Pennsylvania poised to send as many as four to Congress next year to break up the state's all-male congressional delegation.

There are more than a half-dozen competitive congressional seats on the table in Pennsylvania, one of four states that voted on Tuesday. Pennsylvania is a critical part of the Democrats' calculus for getting the 23 seats they need to win back control of the House, but the party will still have to move past some messy ideological fights following the primary.

Democratic Party leaders have seen the candidates they think are strongest win out in earlier primary states like Illinois, North Carolina and Ohio. Pennsylvania was their next major test after a court-ordered congressional redistricting gave the Democrats much more favorable positioning in the state.

But things may not go their way in Nebraska, where the more progressive candidate is ahead of a former Democratic congressman by only 1,126 votes. If that result stands, a district President Trump narrowly won could fall off Democrats' wish list.

Idaho and Oregon also voted Tuesday. The Idaho GOP gubernatorial primary was another nasty fight, with the Republican candidates trying to establish their outsider credentials.

At least one of the women Pennsylvania might send to Congress could be in the top-targeted 7th Congressional District, where former Allentown solicitor Susan Wild won the Democratic primary. This district morphed from one Trump carried by 8 points to an area that Hillary Clinton won by 1 point, and GOP Rep. Charlie Dent has resigned, leaving the Lehigh Valley seat vacant.

The messy Democratic primary showcased the competing factions the party had to overcome as it tries to flip such districts. Northampton County District Attorney John Morganelli attracted attention as the most conservative Democrat on the ballot. An immigration hard-liner who opposes abortion in most cases, Morganelli had deleted tweets slamming progressive groups and praising President Trump, CNN reported. EMILY's List, which backed Wild, and billionaire environmentalist Tom Steyer's NextGen America both went on the attack against Morganelli. The Rev. Greg Edwards had the backing of Sen. Bernie Sanders, I-Vt., and claimed the progressive mantle, but he finished in third place. 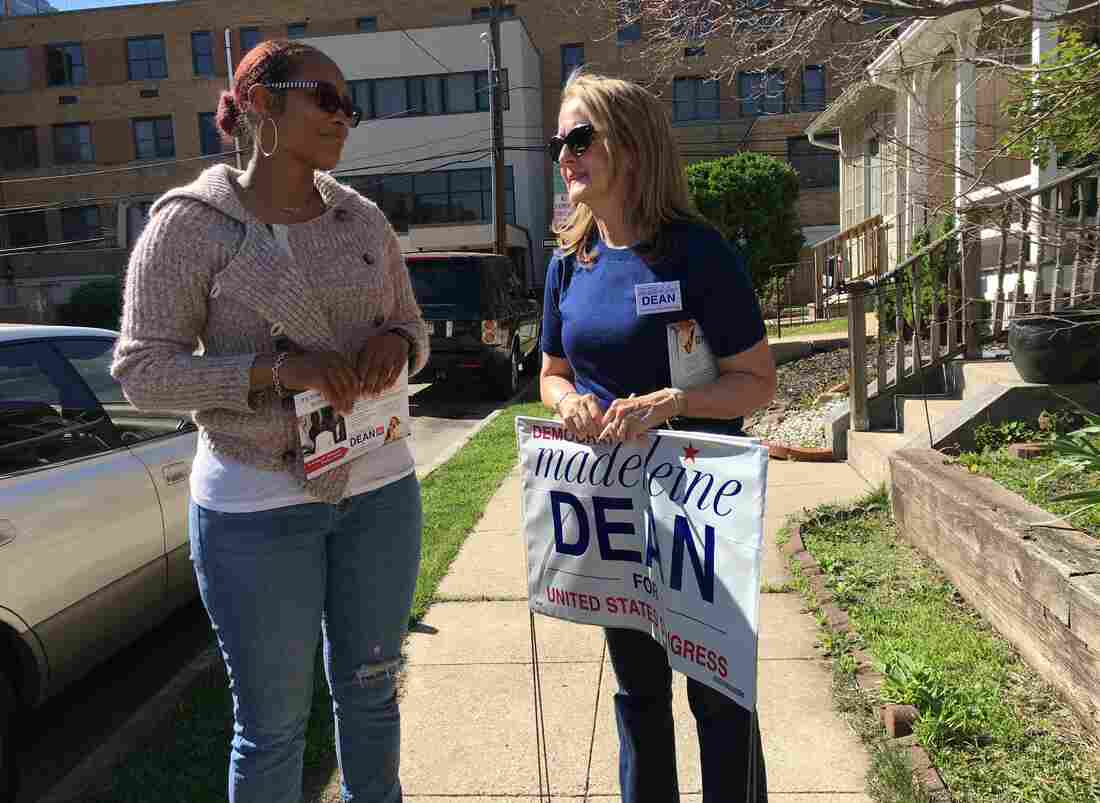 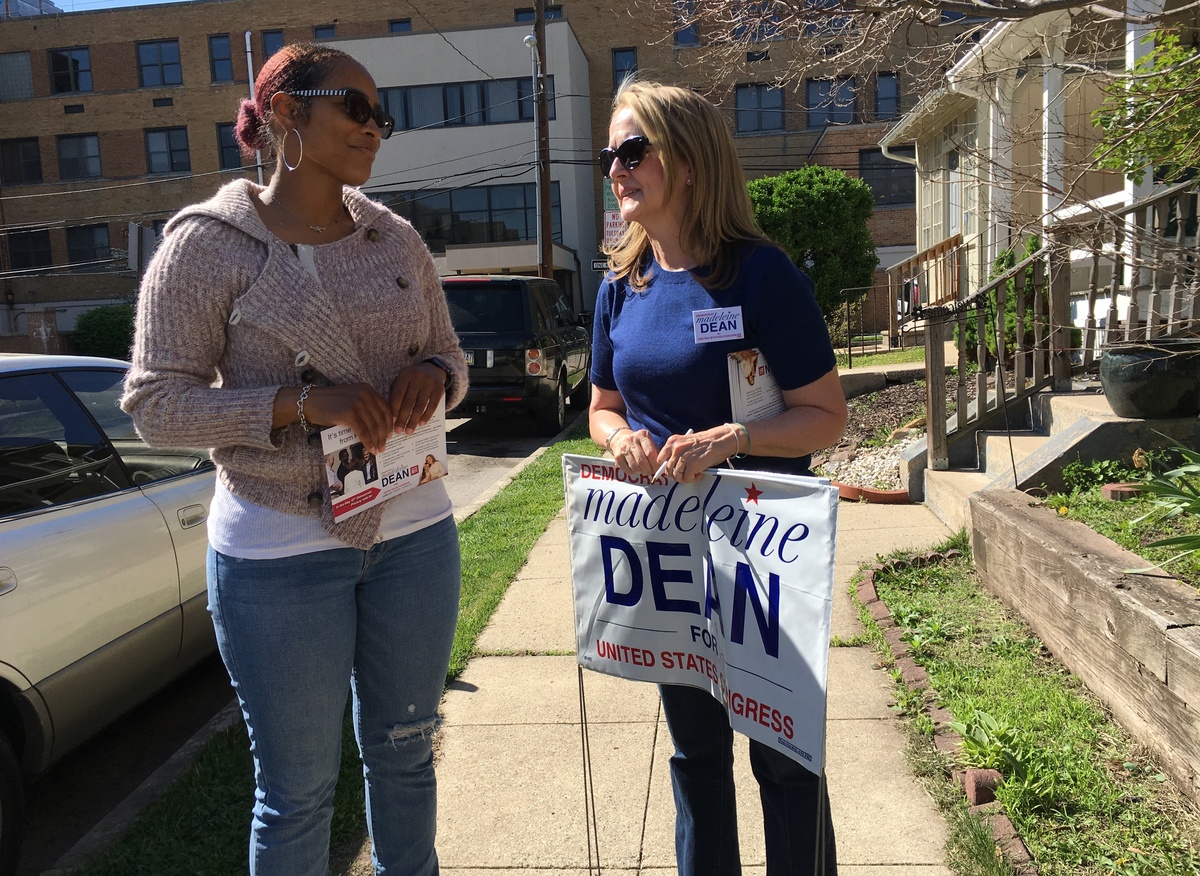 In the 1st District, it's wealthy philanthropist Scott Wallace who will face off against GOP Rep. Brian Fitzpatrick. After redistricting, this district shifted from territory that President Trump narrowly carried to an area that Clinton won by 2 points, giving Democrats a prime pickup opportunity.

Wallace spent heavily to win the contest, putting $2.5 million into his campaign to beat Navy veteran Rachel Reddick in the primary. Some Democrats may see his ability to self-fund as a good thing, but as Cook Political Report's Dave Wasserman pointed out, "Wallace's elite pedigree could backfire with regular voters in November."

Wallace hasn't lived full time in the Bucks County-based district in decades, and he has more ties to suburban Washington, D.C., and South Africa as of late. Expect his wealth and time outside the area to be a prime GOP attack line in this blue-collar district, which could help Republicans defend it.

In a statement after Wallace's win, Democratic Congressional Campaign Committee Chairman Rep. Ben Ray Luján emphasized that Wallace was "born and bred in Bucks County ... and as president of a global charity, Scott has spent his life making a difference in [people's] lives."

A former school board member named Mary Gay Scanlon won the crowded Democratic primary in the vacant 5th District, which includes the southern Philadelphia suburbs. Former GOP Rep. Pat Meehan — who resigned last month amid a sexual harassment scandal — would have had to run in solidly Democratic turf under the new lines. Scanlon has the backing of much of the state's political establishment, and she'll be heavily favored to win this November, too. 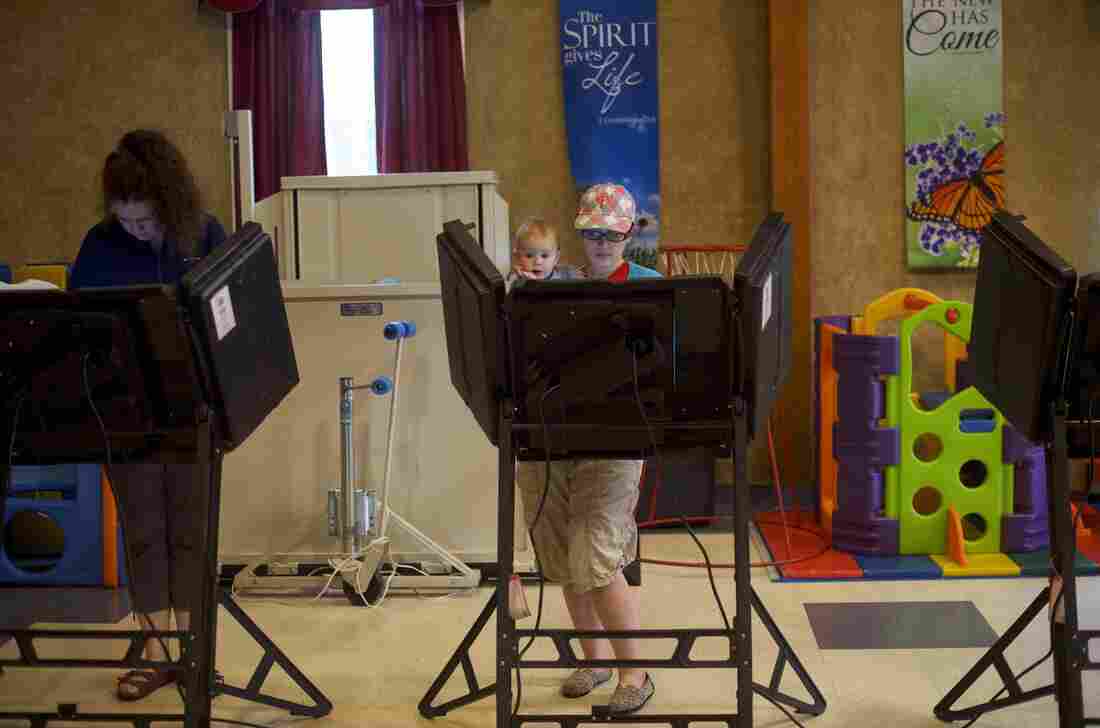 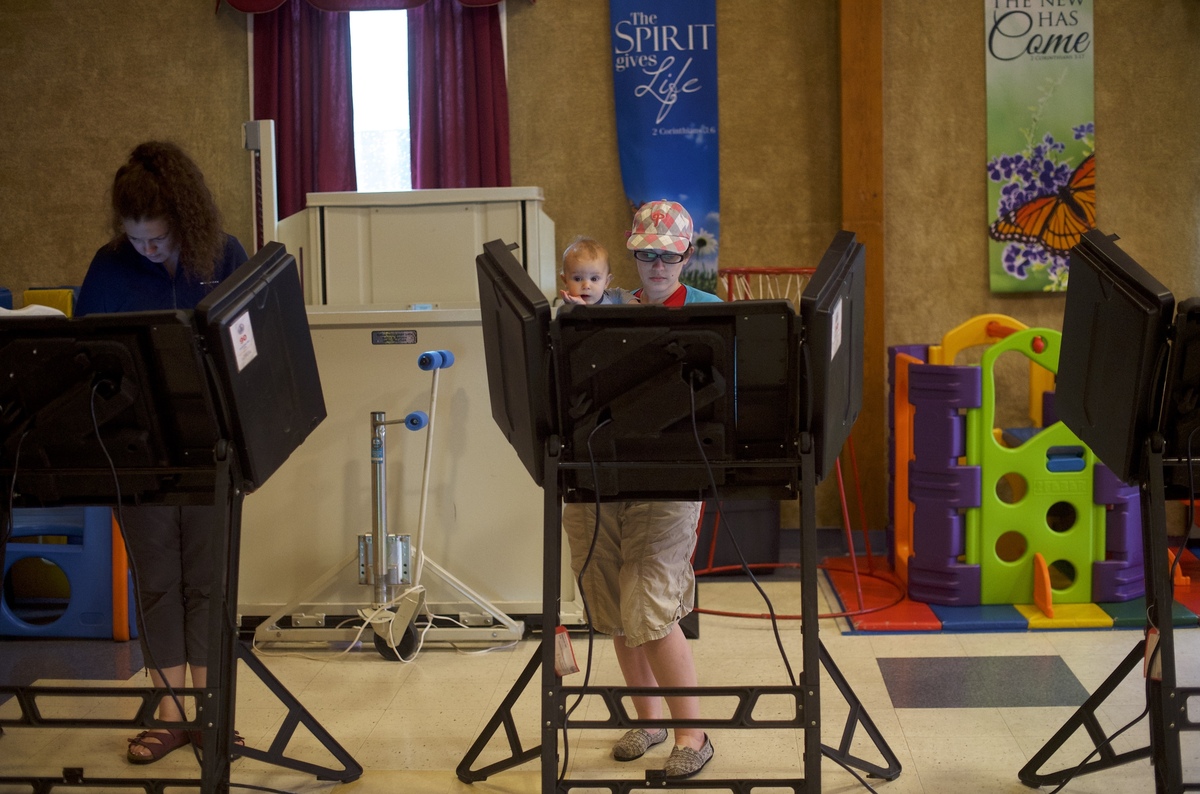 Republican Rick Saccone — who lost a high-profile special election earlier this year in the old 18th District to Democrat Conor Lamb — lost again on Tuesday. He was defeated in the GOP primary for the new 15th District by state Sen. Guy Reschenthaler. Politico reported that former Rep. Tim Murphy — whose resignation last year amid a sex scandal prompted the March special election in the first place — worked to undermine Saccone's campaign. Murphy has directed funds from his old campaign account to a group backing Reschenthaler, saying he would be the stronger general election candidate.

Nebraska: Progressive vs. centrist fight comes down to a photo finish

Progressive nonprofit director Kara Eastman pulled off a nail-biter upset over former Democratic Rep. Brad Ashford in the Omaha-based 2nd District in Nebraska. With all precincts reporting, she led by only 1,126 votes. That margin is just ouside the trigger for an automatic recount, which according to state law happens if the final total is within 1 percentage point.

Ashford's centrist reputation would have put this seat in play, but if the more liberal Eastman's lead does hold the race could now be out of reach for Democrats in this district that Trump carried by just 2 points in 2016. If Ashford had won, it would have set up a rematch with GOP Rep. Don Bacon, who narrowly defeated Ashford in 2016 after the Democrat had served one term.

During the primary, Eastman assailed Ashford for not being liberal enough, campaigning on a Medicare-for-all pledge and arguing she would push for tougher gun laws. Ashford once opposed banning assault weapons, but he has since changed his mind and had been endorsed by former Arizona Rep. Gabby Giffords' gun control group, Americans for Responsible Solutions.

Republicans were quick to paint Eastman as too liberal for the district and didn't hide their glee about the Democratic civil war there.

"Far-left progressives are winning the war for the soul of the Democratic Party, and it appears they have their first scalp in former Congressman Brad Ashford. If these results hold, all of Nancy Pelosi and the DCCC's efforts to put their thumb on the scale couldn't save Ashford — now every establishment Democrat in a contested primary has reason to be very nervous," National Republican Congressional Committee spokesman Jack Pandol said in a statement.

Idaho governor: Battle to be the most non-establishment

Outgoing Republican Gov. Butch Otter's seat is almost assured to stay in GOP hands in November, and Lt. Gov. Brad Little won the Republican primary to replace him. Former state Rep. Paulette Jordan became the first woman to win the state's Democratic nomination for governor, and if she won would be Idaho's first female governor and the nation's first Native American governor, though the odds are long for a Democrat to take that post in Boise.

Little defeated Rep. Raúl Labrador and Tommy Ahlquist, a real estate developer and former physician who argued he is the outsider most like Trump. Labrador, one of the founders of the House Freedom Caucus that has often clashed with GOP leadership, joins a list of Republican lawmakers who have lost primary bids for statewide office this year, including House members who failed to advance in GOP Senate bids from Indiana and West Virginia last week.