Accessibility links
Comic Tig Notaro Wants You To Know She's 'Happy To Be Here' After her set about having cancer went viral in 2012, Notaro struggled with the perception that her stand-up was only "dark and edgy." Her new Netflix special begins streaming May 22. 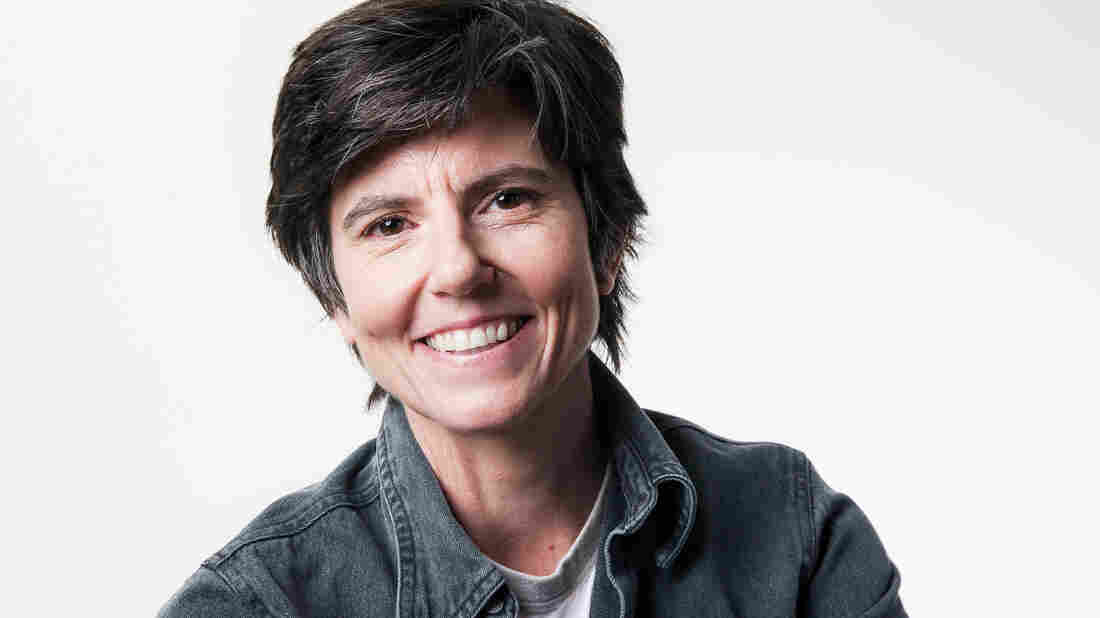 Tig Notaro's new Netflix special Happy to Be Here begins streaming on May 22. Her stand-up, she realized, has always been about "saying and talking about whatever made me happy." Rich Fury/Invision/AP hide caption 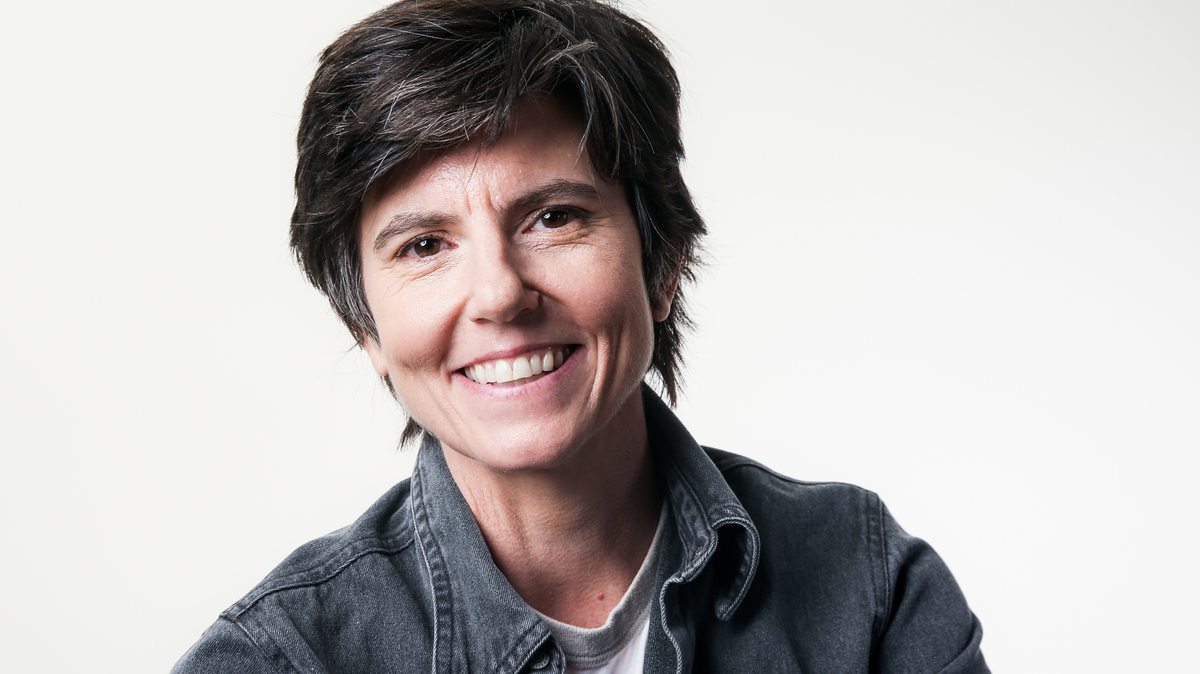 Tig Notaro's new Netflix special Happy to Be Here begins streaming on May 22. Her stand-up, she realized, has always been about "saying and talking about whatever made me happy."

2012 was a terrible year for comic Tig Notaro. She had pneumonia, a life threatening intestinal infection, breast cancer and a double mastectomy. She also split with her girlfriend — and her mother died unexpectedly.

But since then, things have taken a turn both professionally and personally. After her stand-up set about having cancer went viral, she released the comedy special Boyish Girl Interrupted, and co-wrote and starred in the semi-autobiographical Amazon series One Mississippi. In 2015, she married actress Stephanie Allynne, and they now have twin boys.

Notaro's upcoming Netflix special, Happy to Be Here, will start streaming on May 22.

On finding her rhythm again

I was in the middle of so much emotional and physical pain with losing my mother and being so sick and it took me a while to be able to get back onstage for those reasons. But I also was a little shy to perform again, because there was so much attention around my stand-up and the idea that I was this truth-teller, that I was dark and edgy. ... I think there's elements of that in my personality and can be in my stand-up, but it's not something I fully identified with, so I did lose touch with who I was and what I wanted to say. Then I reached a point where I just started performing again and just doing what I had always done, which is saying and talking about whatever made me happy to talk about onstage that felt right.

On deciding to take her shirt off onstage during a stand-up set to reveal her chest, post-double-mastectomy

After I had surgery and I was going home from the hospital and it was the tail end of so much in a series of events I had gone through and there I was in the car going back to my place just thinking, "Oh my gosh, now I have these just wounds across my chest with stitches and I can't lift anything, I can't lift my arms." I had to have people stay with me to take care of me and I just couldn't even believe that this was where I was.

Then my brain just immediately in that drive home went to ... "What if I did stand-up with my shirt off?" And it just tickled me on this really deep, deep level. ... I went back and forth in my head, but it really made me laugh. ...

I was trying to get comfortable with my body, and I had some shame and sadness and discomfort about the way I looked after my surgery and I think that my brain going to, "Oh, take your shirt off," was something that I thought might help me move through it.

On cutting ties with Louis CK after allegations of his sexual misconduct came to light (CK released Notaro's stand-up set about her cancer diagnosis on his website, and was an initial producer of her Amazon series One Mississippi)

Louis isn't an old friend of mine. Because he promoted that album, Live, people assumed that we had been friends for years and ... we hadn't ever eaten a meal together, you know? He wasn't somebody that I really knew. He lived in New York and I lived in Los Angeles and it's not like I came up with him or had some big history with him.

There's comedians you meet over the years and he's one that I had met, but he popped into Largo the night I was doing my set and that was kind of the beginning of it all. I had certainly performed with him a couple of times before, but I just want to clarify that I don't have a huge history with him.

And so when he called me to do this TV show that became One Mississippi, I agreed to do the show. But then when we were moving towards doing the pilot is when I saw sides of him that I hadn't seen and I shared that with other people, and that's when I started hearing stories about the behavior that he had [engaged in]. ...

My head is just spinning. There's so many things. ... When I heard that he had done these things, I had asked around and it had led me to specific people and the five people that ended up in The New York Times article, four of them were friends of mine. ... Once I had confirmation, well before the article came out, that he had done this, I started publicly trying to separate myself from him.

We thought we were just going to go someplace and get married privately, just the two of us, and we started going to all these weddings after we got together and Stephanie at one point said, "I think I want to have a big wedding." And I said, "I'm feeling that way too." ...

It was crazy because [same-sex marriage] became legal the day after we sent out our wedding invitations, and the local police shut down the road in both directions and there was just traffic lined up for miles. And we were all headed down the street to my cousin's house and all of our friends [were] in from New York and LA and Texas and Colorado, everywhere. And I think people didn't know what to expect for a gay wedding in small-town Mississippi and it was really the most beautiful day.

The neighbors were running out of their houses yelling, "This is so beautiful! Congrats!" and following us all down the road and I turned to Stephanie and I said, "I bet they think I'm a man."

On her relationship with her wife and children

My love for [Stephanie] outweighs everything. ... She is my priority and I cannot say I've ever been that way in a relationship. I fell very short and I was one foot in, one foot out a lot of the time. It feels really, really great to be this committed to somebody and to love somebody as much as I love her.

Our children – when I'm on tour or away from them my body aches to touch them again. I love doing stand-up, I love working, but I hate leaving even for one night. I've never felt that way.

Therese Madden and Seth Kelley produced and edited this interview for broadcast. Bridget Bentz, Molly Seavy-Nesper and Beth Novey adapted it for the Web.