Accessibility links
Kamaal Williams' 'The Return' Is An Elastic And Funky Debut Williams is a central figure in London's jazz renaissance. Stream the producer's debut full-length in its entirety.

Kamaal Williams' 'The Return' Is An Elastic And Funky Debut

Kamaal Williams' 'The Return' Is An Elastic And Funky Debut 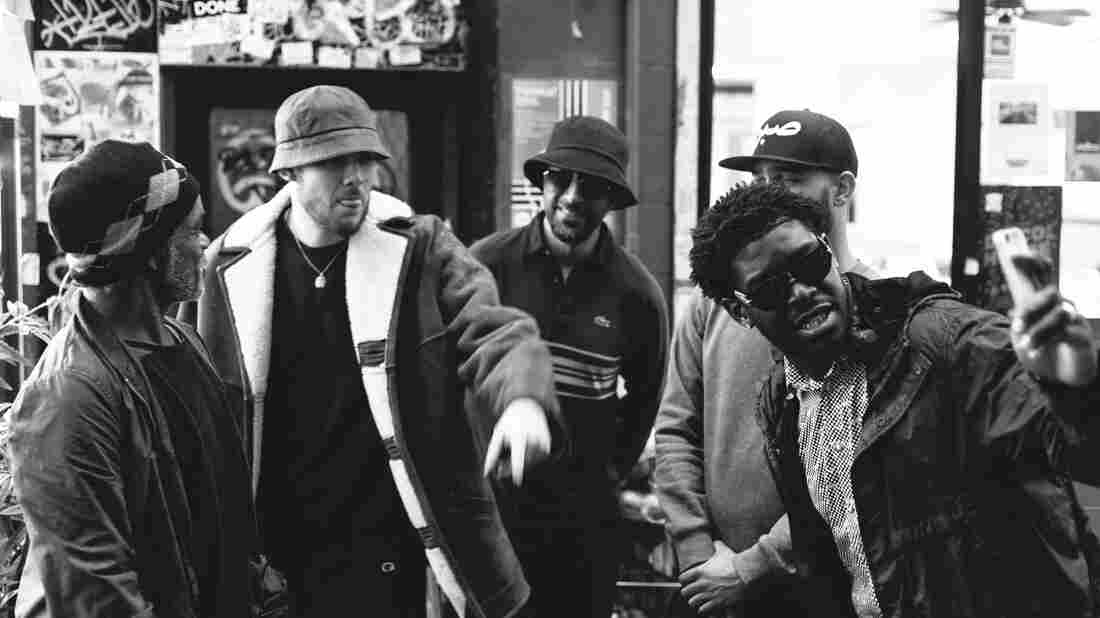 Kamaal Williams' The Return comes out May 25. Salem Wazaki/Courtesy of the artist hide caption 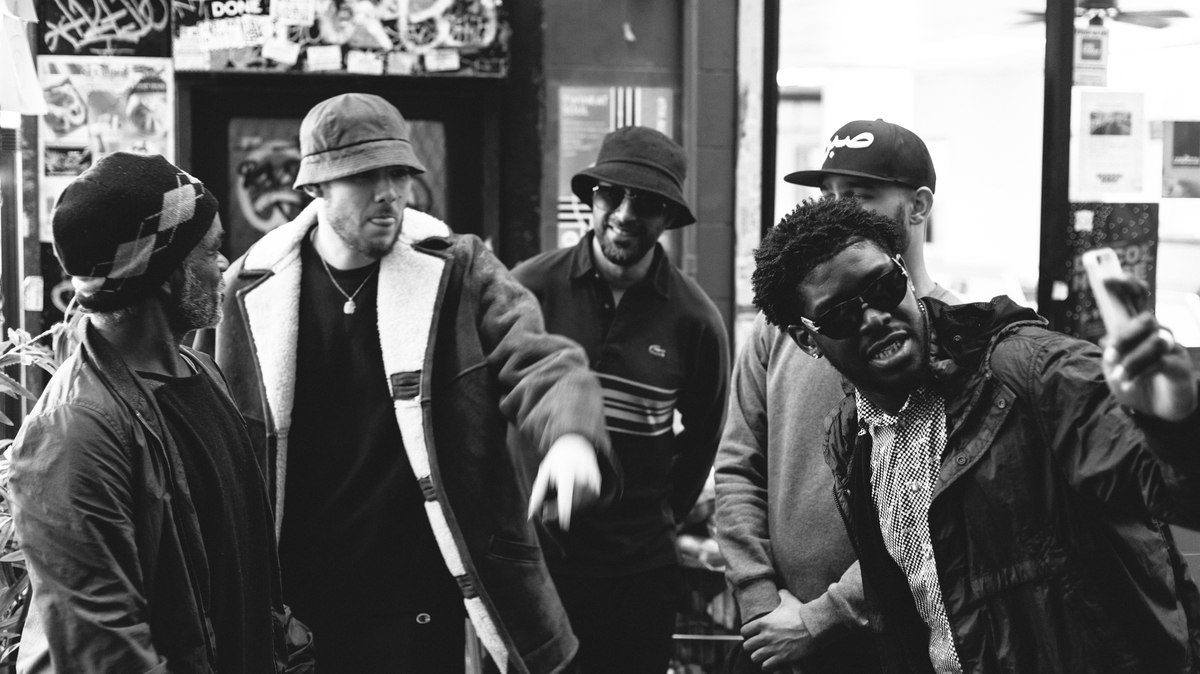 Kamaal Williams' The Return comes out May 25.

Salem Wazaki/Courtesy of the artist

The Return, keyboardist and producer Kamaal Williams' debut full-length as a bandleader, presents ideas about London's renewed flirtation with jazz and improvisation that are both illuminating and misleading. Yet this collection of instrumental miniatures also underlines what continues to make the city's music exciting, presenting another chapter in its decades-long rhythm-culture continuum, an inter-generational mix that pushes things forward.

Funny thing is, The Return isn't a jazz record at all — a fact made slightly odder by its billing as the sequel to 2016's Black Focus, an album that was partially driven by Williams' keyboards, and which really is among London's recent jazz masterworks. Credited to the duo Yussef Kamaal (Williams' short-lived project with long-time colleague, drummer Yussef Dayes), Black Focus was an electric, eccentric dervish, a rhythm section record that veered between expansive ambiance, frenetic invention and compositional poise, celebrating fusion-era textures and grooves that London has been using as musical building blocks at least since jungle's love affair with Lonnie Liston Smith and Pat Metheny. When Yussef Kamaal got heavy — as on the incredible "Strings of Light" — they were plugging into the city's original musical software, but also updating it.

London's Contemporary Jazz Scene Shines On 'We Out Here'

Yet for all the occasional instrumental dexterity, Black Focus was a misnomer when it came to presenting Williams' musical strength. Before he was Kamaal (the Islamic name he adopted since converting seven years ago), he was a Peckham-raised hip-hop, garage and grime kid who played drums as a teen and keys in college. So, of course his idea of "jazz" is grounded in post-Mwandishi Herbie Hancock, Bob James' "Nautilus" and J Dilla productions. He spent time as U.K. electronic-pop star Katy B's musical director; helped build the foundation of 22a Records, a London indie founded by the saxophonist Tenderlonious that was quick to embrace the city's new jazz sound; and as Henry Wu (a nod to his Taiwan-born mother's maiden name) made silky house and garage singles for Bradley Zero's Rhythm Section and other prominent labels attuned to the oncoming musical turnover. Throughout, Williams prioritized a strong dance-floor attack over traditional improvisational chops. 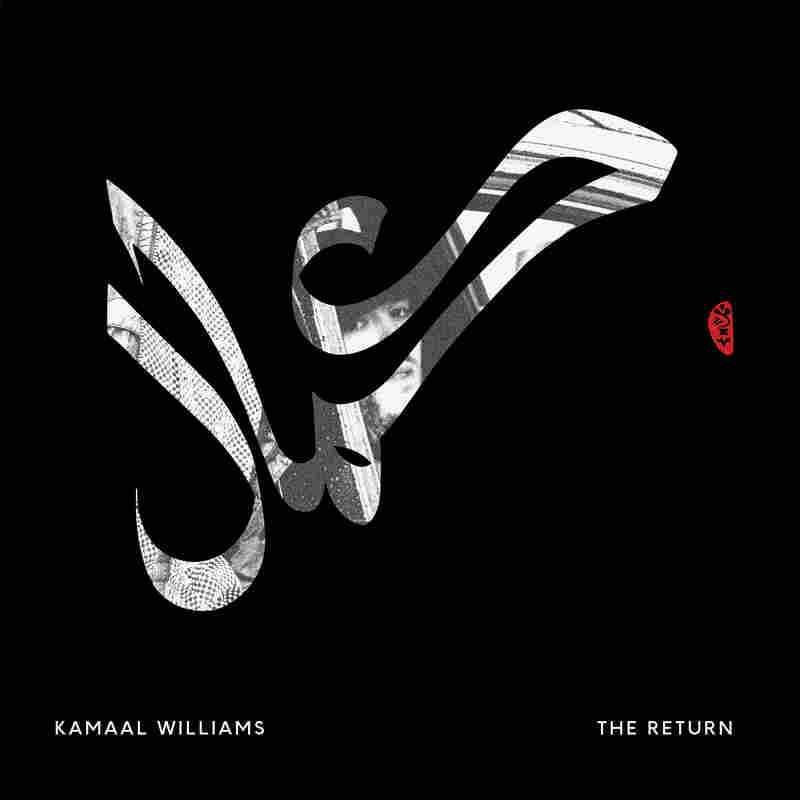 The Return codifies his jazzy/not jazz aesthetic, banging out something far closer to soulful broken beat under the trappings of an electric-piano trio. Like a dub full-length, it's mostly concerned with the interplay of rhythm, pattern and sonic fabric. Williams' co-conspirators here are well schooled in all these styles. Veteran bass guitarist Peter "Mr. Sketch" Martin made his name in the 1980s as one-half of jazz-funk duo Linx and with famed disco post-punks 23 Skidoo, before settling into the live band of saxophonist Courtney Pine (a star of London's last jazz resurgence); Williams' drummer MckNasty (aka Joshua McKenzie) shared his time in Katy B's band, while also developing a reputation as one of the city's in-demand studio players. Both revel in a return to the firmly elastic and broadly funky pocket they stitch together around Williams' keys.

As befits a beat-tape, Martin and MckNasty offer up the lion's share of dynamics, while Williams transforms his stabbing vamps into deep synth dives, or just allows the chords to dictate the sweet and sour atmosphere. "Salaam" moves in spare, elegant fashion for five minutes, not a hair out of place, when, after the second run through the theme, MckNasty quickens the tempo, Martin strings together galloping phrases, and Williams begins making his own runs; the well-developed, laid-back closing-time vibe gives way to a three-way conversation of who's zooming who. "Catch the Loop" inverts that formula, opening with a group interplay that wouldn't seem out of place on a Billy Cobham record, the rhythm section rope-a-doping Williams' Rhodes and Juno 106, before settling into five minutes of a relaxed back-and forth, with Williams' emotionally open chords setting the mood, the snare's reverb crackling, and the bass strolling.

This is The Return's default choreography: intricate steps, obvious if off-kilter pacing and momentarily loping flights of jazz-dance fancy. So when, towards the album's end, guitarist Mansur Brown shows up for a few bars of unadulterated shredding on the otherwise in-form "LDN Shuffle," the jolt of energy is overwhelming. Until then, few things here seem intense, except the actual precision of the outwardly loose jazz-funk. The attention to rhythms' detail and emotional component is where Williams' approach and The Return are at their most successful. Surrounded by a music scene constantly looking to invoke far-off traditions or break historically new ground, its goals seem comparatively conservative. The Return keeps its eyes and ears focused on the flickers of the city's rarely shining sun in the groove-laden horizon — less a representative of any new jazz thing, than of an old London thing.