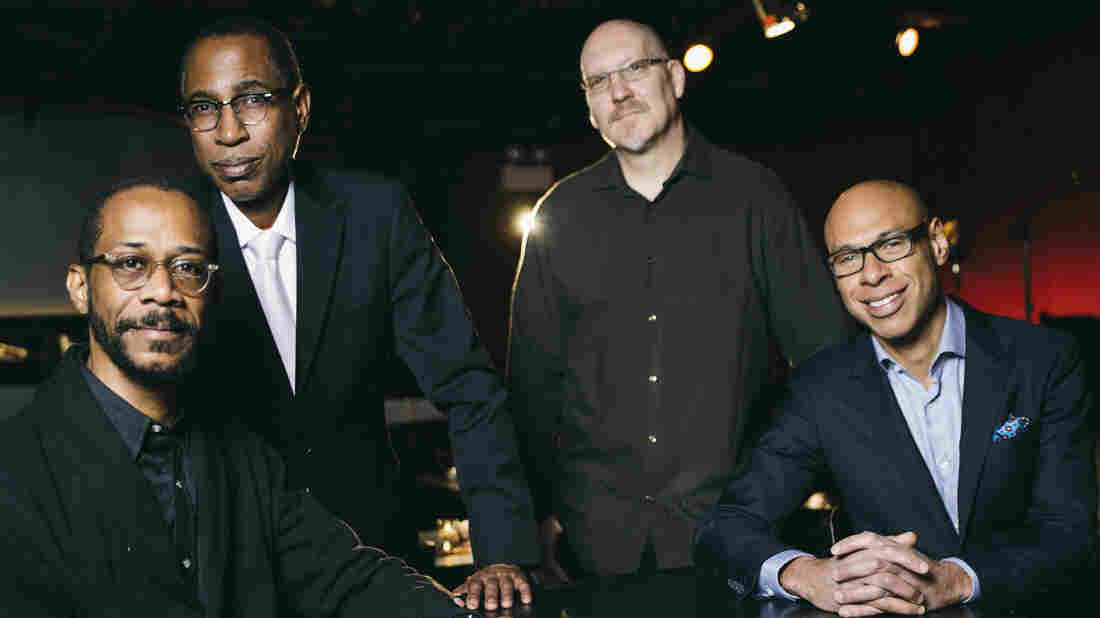 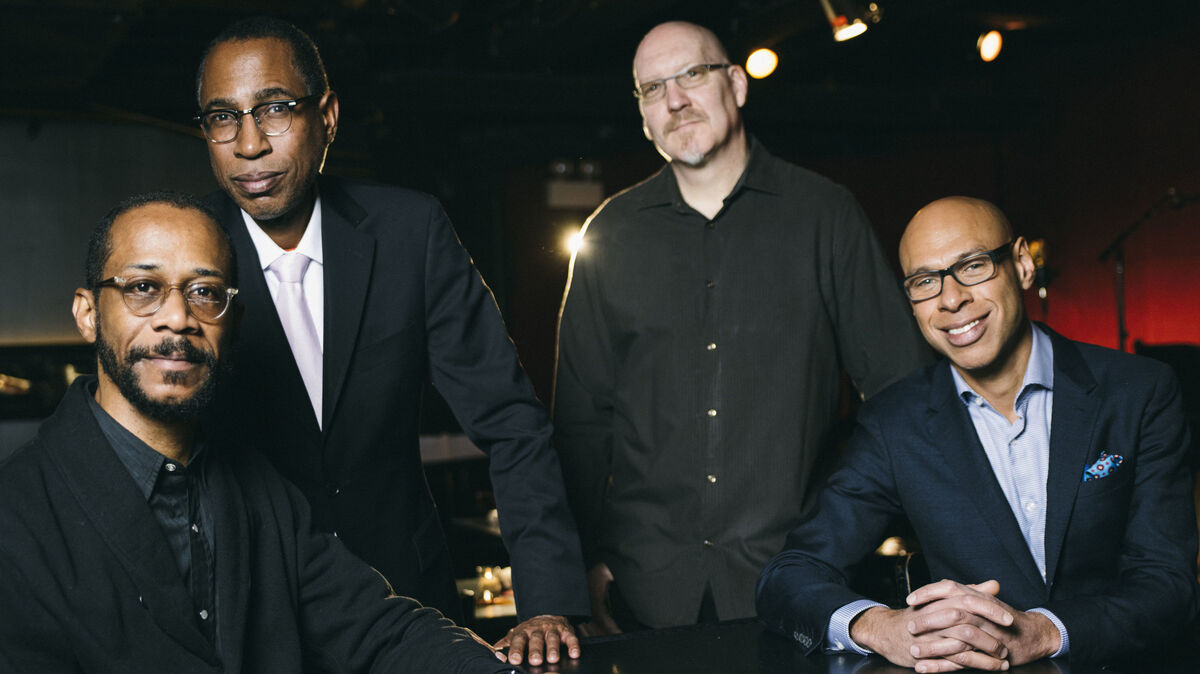 Jon Brown/Courtesy of the artist

There's a tension in Joshua Redman's new album, Still Dreaming, and it may not be the one that you expect.

For the last couple of years, Redman, a saxophonist within jazz's first tier of prominence, has led an agile post-bop group with Ron Miles on cornet, Scott Colley on bass and Brian Blade on drums. He formed this quartet to pay homage to Old and New Dreams, a band active from the mid-1970s to the mid-'80s, with his father, Dewey Redman, on tenor saxophone. 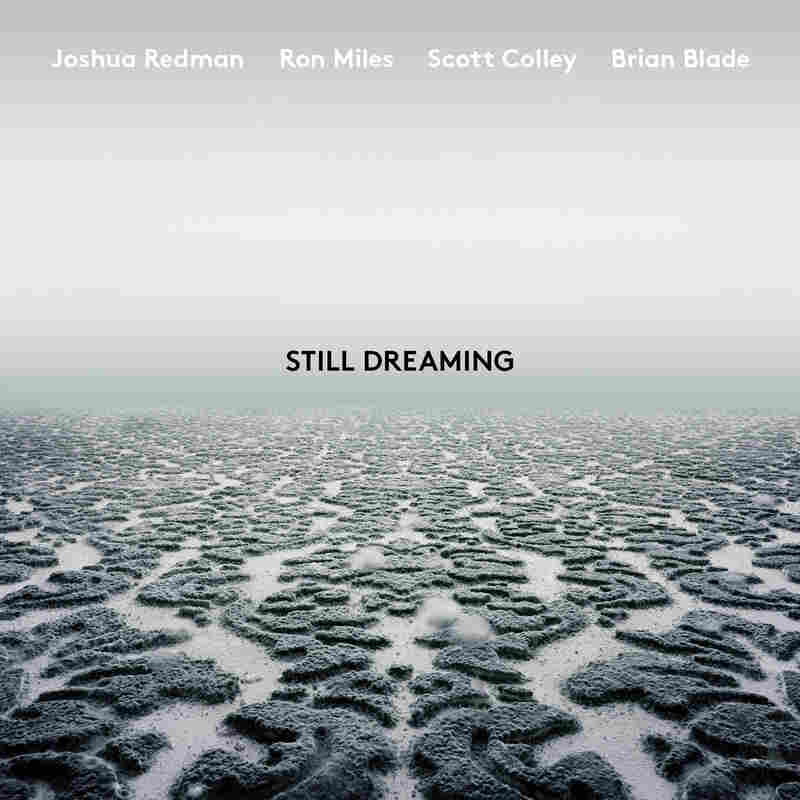 For this among other reasons, Still Dreaming was always bound to be understood in terms of a lineage. Jazz Night in America devoted an hour-long episode to the project last year, exploring what the younger Redman learned from his father, who died in 2006 — and the ways in which this music has helped bridge a certain emotional divide.

But the animating push-pull on this album isn't about legacy so much as temperament. Old and New Dreams was first and foremost a proud continuation of the elastic, ecstatic and volatile group cohesion forged by Ornette Coleman in the 1960s and early '70s. In addition to Dewey Redman, the band featured cornetist Don Cherry, drummer Ed Blackwell and bassist Charlie Haden. As alumni of Coleman's distinctive sound world, these artists were torchbearers — with the implicit proviso that bearing a torch is all about illuminating the unknown.

Joshua Redman is a different sort of musical explorer. As an improviser and a bandleader, he tends to strike an elegant balance between logic and risk. He isn't a headlong, impetuous type, nor someone who favors a frayed edge. When he first invoked his father, obliquely, early in his career — on the 1993 album Wish, which reunited most of the lineup from Pat Metheny's Rejoicing -- it was more an acknowledgment of birthright than a pledge of allegiance.

Still Dreaming goes a lot further to stake a claim, with evident sincerity and total commitment. As Redman would be happy to point out, he isn't the only one here with a connection to his predecessor. Colley is a direct protégé of Haden, and Miles is a longtime admirer of Cherry. Blade hails from Louisiana, as Blackwell did, and brings a similar bounce to his groove.

From the album's opening track, a Colley composition called "New Year," you hear the soulful crosstalk and jostling cadence of Old and New Dreams' style — and by extension, Coleman's. The rhythmic undertow in this band feels true to its inspiration, as does the airtight-yet-relaxed rapport between Redman and Miles. (Hear how they phrase the stutter-stepping melody on Redman's aptly titled "Unanimity.")

All but two of the tracks on the album, which clocks in at a tight 40 minutes, are new pieces by members of the band. And those two exceptions are persuasive. "Playing," a coltish theme by Haden, yields vibrant results — not quite as wild and thrashing as the original studio version, but still full of urgency and spirit. It flows right into Coleman's "Comme Il Faut," from the 1969 album Crisis, which Redman's crew interprets with the solemn concentration of a liturgy.

There's more equipoise and eloquence here, in conventional terms, than there was in Old and New Dreams. But because each musician brings so much earnest conviction to the table, that feels right and just; the music wouldn't ring truthful otherwise.

And it's not overstating the case to say that this framework stretches the musicians in salutary ways. When Redman begins his tenor solo a few minutes into "Blues For Charlie," his blurry vocality actually evokes Joe Lovano (a lifelong Dewey fan), without tipping into ventriloquism. On "Haze and Aspirations," a gorgeous Colley waltz, the tenor solo is a marvel of emotional resonance and thematic coherence — a world of expression, compressed into a minute's time.