Accessibility links
Here's Everything You Need To Know About 'Book Club': Keaton, Fonda, Bergen and Steenburgen When the film puts its four leads together, it sparkles. When they're apart, it's simply "a pleasant, low-stakes affair, as numbing as a two-glass buzz."

Here's Everything You Need To Know About 'Book Club': Keaton, Fonda, Bergen and Steenburgen

Here's Everything You Need To Know About 'Book Club': Keaton, Fonda, Bergen and Steenburgen 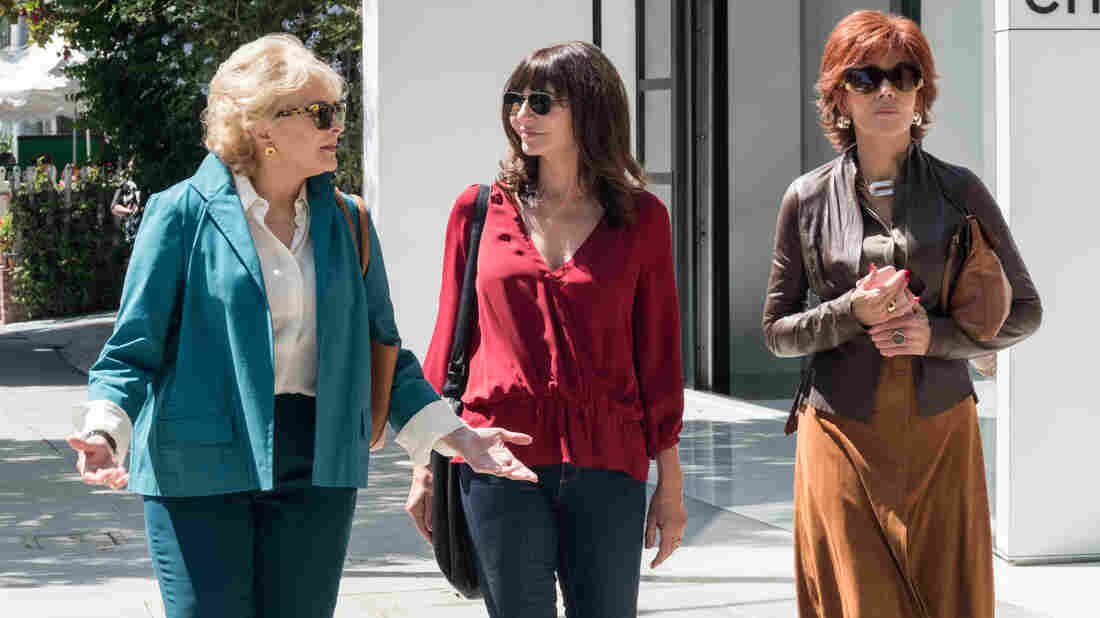 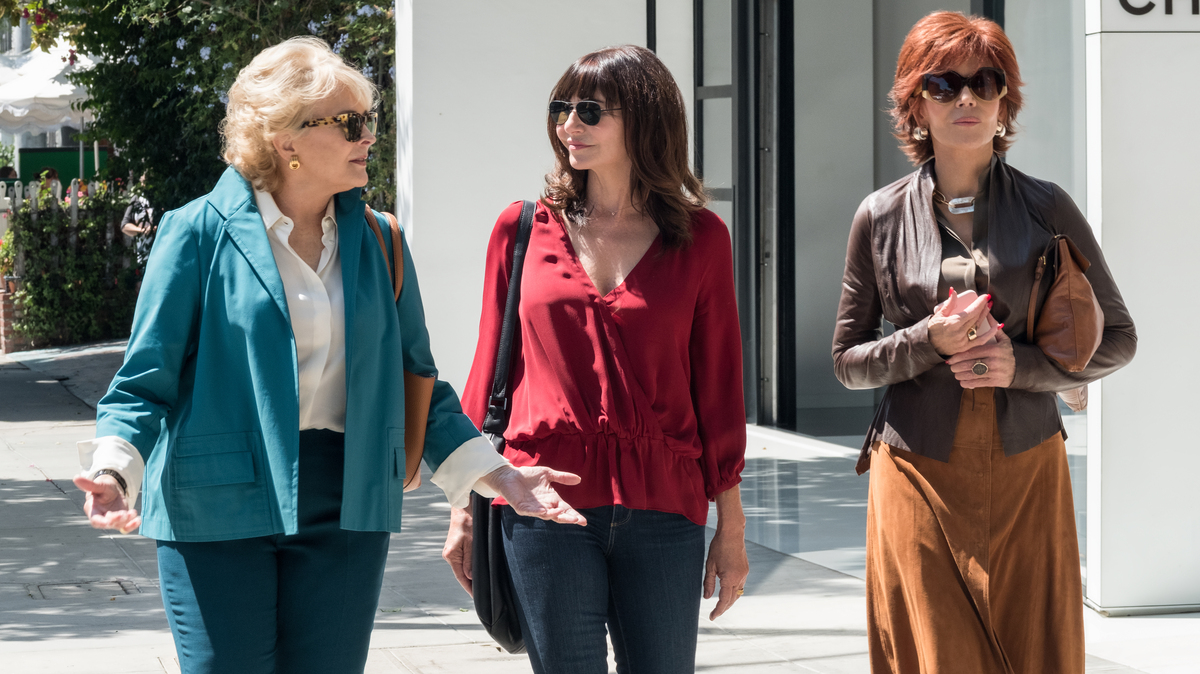 Candice Bergen, Mary Steenburgen, and Jane Fonda are freed of their inhibitions after reading "Fifty Shades of Grey" in Book Club.

In order to shoot the underwater sequences in 1989's The Abyss, director James Cameron converted a turbine pit and a containment vessel at an abandoned nuclear power plant into giant tanks, each holding millions of gallons of water. Imagine those same containment vessels with stems on the bottom and that roughly suggests the white wine budget for Book Club, a benign comedy where the pours are generous and the innuendo is crisp and full-bodied, with a slightly nutty bouquet.

When four friends get together every month to talk about popular fiction, the cork pops, the glasses fill, and the sexual metaphors flow so readily that even the name of a Werner Herzog documentary is dropped suggestively. (Though it's not, alas, Little Dieter Needs to Fly.)

These are the best moments in Book Club, when Diane Keaton, Jane Fonda, Candice Bergen, and Mary Steenburgen sit around trading one-liners until plot needs servicing again. First-time director Bill Holderman, who wrote the script with Erin Simms, has designed the film as a victory lap for Hollywood legends, an easy trot where they can bask in the adulation of the crowd. The Keaton of Annie Hall and Reds, the Fonda of Barbarella and Klute, the Bergen of Carnal Knowledge, the Steenburgen of Melvin and Howard — there's only a trace memory of them here, enough to evoke the essence of their screen persona without the provocation that forged it. It's a pleasant, no-stakes affair, as numbing as a two-glass buzz.

In 'Our Souls At Night,' Robert Redford And Jane Fonda Stage A Twilight Reunion

The unlikely literary catalyst for this sixtysomething quartet is Fifty Shades of Grey, which initially sends them into a laughing fit until they finally, guiltily fall under its illicit spell. Of the four, only Vivian (Fonda), a wealthy hotelier, has an active sex life, but she's spent a lifetime resisting any deeper commitment; she boasts that she sleeps with a lot of men, but she's never actually slept in their presence. The others have had their libidos mothballed: Diane (Keaton) is ready to cast out after her husband's death a year ago, but her grown daughters (Alicia Silverstone and Katie Aselton) want her under their control. Sharon (Bergen) is a federal judge coping with the humiliation of an ex (Ed Begley Jr.) seeing a woman a third his age. Carol (Steenburgen) has a doting husband (Craig T. Nelson), but he's shown no romantic interest in her post-retirement.

Yet E.L. James' prose is like a spark to dry kindling, and soon their love-lives are running hot. Vivian reconnects with an old flame (Don Johnson), Diane takes up with a charming pilot (Andy Garcia), Sharon gets nibbles from an online dating profile, and Carol does everything she can to get her husband's attention, from passive-aggressive moves like enrolling in dance lessons to aggressive-aggressive ploys like spiking his beer with Viagra. The book club keeps on rolling through both the Fifty Shades sequels, with occasional emergency meetings to discuss the finer points of their separate adventures.

There are some obvious laughs in watching these older women shake off the rust and reenter the dating scene after a long time away, and Holderman and Simms pick that low-hanging fruit clean. Yet Book Club has a tendency to treat their desires as cute rather than carnal, and it ages them beyond their years; just as Diane's daughters fret absurdly about her doing anything for herself, like she's certain to break her hip at any moment, the film doesn't respect the depth of their passion. These girls may be golden, but they are not The Golden Girls! They have plenty of life left!

It's possible to make a comedy about sexual revivification that honors the emotional complexity of the old and out-of-practice — the endearing 2012 rom-com Hope Springs, with Meryl Streep and Tommy Lee Jones, got the formula right. Whenever Book Club sends the leads off into separate corners, they're usually treated either to abject humiliation or paperback fantasy, never to experiences with the ring of truth. It's only in their jam sessions together where the film cuts loose and has a good time, a phenomenon owed entirely to the unpracticed chemistry of its stars. There's probably a better film to be made in the trailer between takes, when they can really say what's on their minds. It wouldn't be rated PG-13.