Accessibility links
Low Cut Connie's Rise Is 'The Essence Of Rock And Roll' Low Cut Connie have always made music for the motel-bound Beverlys and diner waitress Connies of the world. Dirty Pictures (Part 2) is no different. 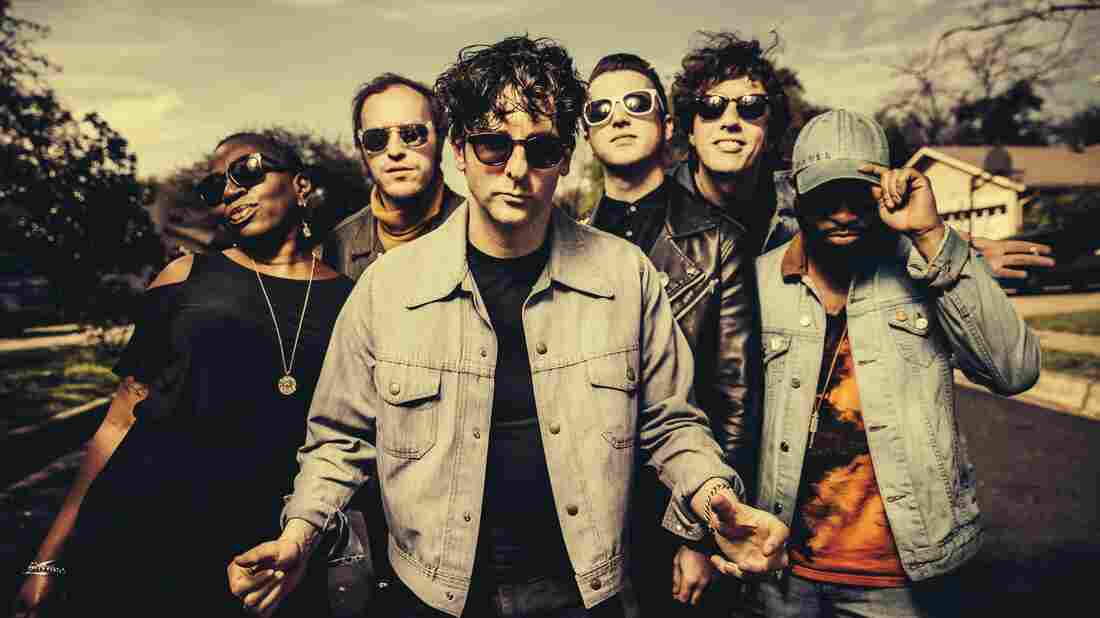 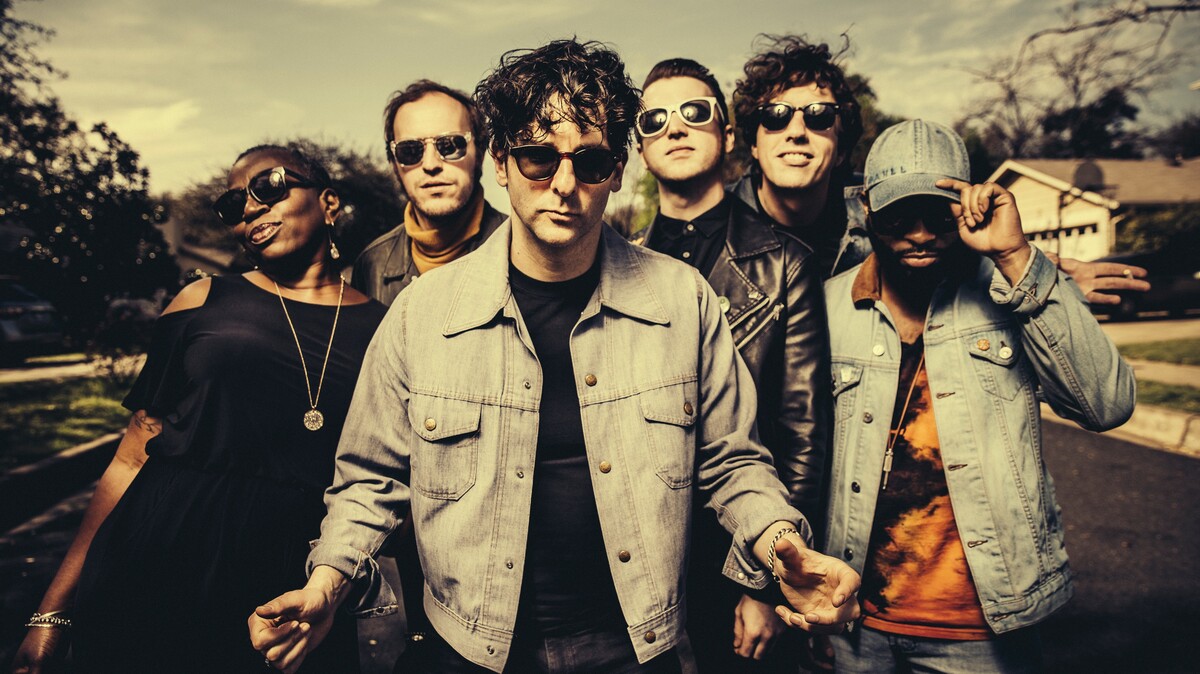 Marcus Junius Laws/Courtesy of the artist

Pioneering rockers like Jerry Lee Lewis and Little Richard brought the fire of a Pentecostal preacher to their pianos. That same spirit is alive and well in the work of Low Cut Connie, whose fifth album Dirty Pictures (Part 2) comes out May 18.

Frontman Adam Weiner treats his piano like a pommel horse. He plays on top of it and underneath it. He'll play one-handed or no-handed — that is, with his feet.

"I need to have my arms free," Weiner says. "I need to hug people, I need to slap people five, I need to mess up people's hair, and then of course I get a bunch of hair product in my hand. So by the end of the show, my hands are just, like, slimy."

That audience connection is how Low Cut Connie earned its sizable following in the band's hometown of Philadelphia. And with ballyhooed performances at South By Southwest and Lollapalooza, it's clear the "cult of Connie" is growing.

NPR Music critic Ann Powers heard the rumble a few years ago. Within a week, she says, "about four different people said to me out of the blue, 'There's this band; they're the greatest live band in America! You have to see them!' " When she went to a show, what she saw and felt in the audience made her an instant convert.

"Everybody's in this sweaty mass," Powers says. "Everybody's dancing, everybody's connecting. It's just the joy and sensuality of the rhythm and the music. To me, that's the essence of rock and roll."

That connection extended all the way to the White House. In 2015, Barack Obama posted a Spotify playlist of his favorite summer songs and Low Cut Connie's "Boozophilia" made the cut. Weiner was shocked: "There was Aretha Franklin and Sly & The Family Stone and The Rolling Stones and Stevie Wonder ... and then Low Cut Connie. People were very confused."

Weiner explains that the band's provocative name is based on a character he created from a waitress he met at a diner in southern New Jersey.

"Connie had a kind of a rough life. She had a lot of stress in her life, a lot of family issues," Weiner says of the real Connie. "This is sort of a fantasy of a diner waitress that, on the weekends, no matter what's going on in her life, she just puts on her tight outfit and her dancing shoes, and she goes and has a good time and has a smile for everybody. That's sort of a metaphor for our band."

Powers says Weiner's songs share something in common with Bruce Springsteen's. "He's looking at characters who are a bit on the edge, but who are also all-American," she says. "This is classic stuff, from Steinbeck to today. And he taps into that on this album in really tender, moving ways."

One such character is Beverly, the namesake of the first single from Dirty Pictures (Part 2). Weiner says she's a composite of some of the women he's met on tour, staying in some of the dingiest motels imaginable. "You meet all these interesting characters that hang out in these motels and in the parking lots and in the bars," Weiner says.

"I think he's seeking out his own tenderness, and he's trying to in the songs talk about women in a way that's yearning and that's vulnerable. That's an interesting twist on that kind of boozy rock and roll they usually do," Powers notes.

Low Cut Connie has always made music for the Beverlys and the Connies of the world, and Dirty Pictures (Part 2) is no different. Weiner says he's made a point of holding onto that philosophy. "I feel like there isn't a lot of entertainment anymore that shines a light on these people."